The track climbs right alongside the cemetary in Elorrio, Basque Country, Spain.

But he wasn’t staring down a herd of frothing, four-legged bovines. No. There before him stood 80 skinny, spandexed bike racers, twitching and bouncing, ready to pursue something different all together. We were there for the 44th running of the Elorrioko International Ziklokrossa race, the second stop of the Spanish Cyclocross Cup, about 45 kilometers outside Bilbao. We had UCI ranking points and each other to chase, not this blast from the area’s past.

Nonetheless, with minutes to go before the start of the race, we had nowhere else to go. The crowd fell silent. The iconic red and green crossed Ikurrina flag of the region fluttered in the wind. The melody of txistu flute and thump of the tambril drum floated out of the speakers, and then the young gizon began to dance… 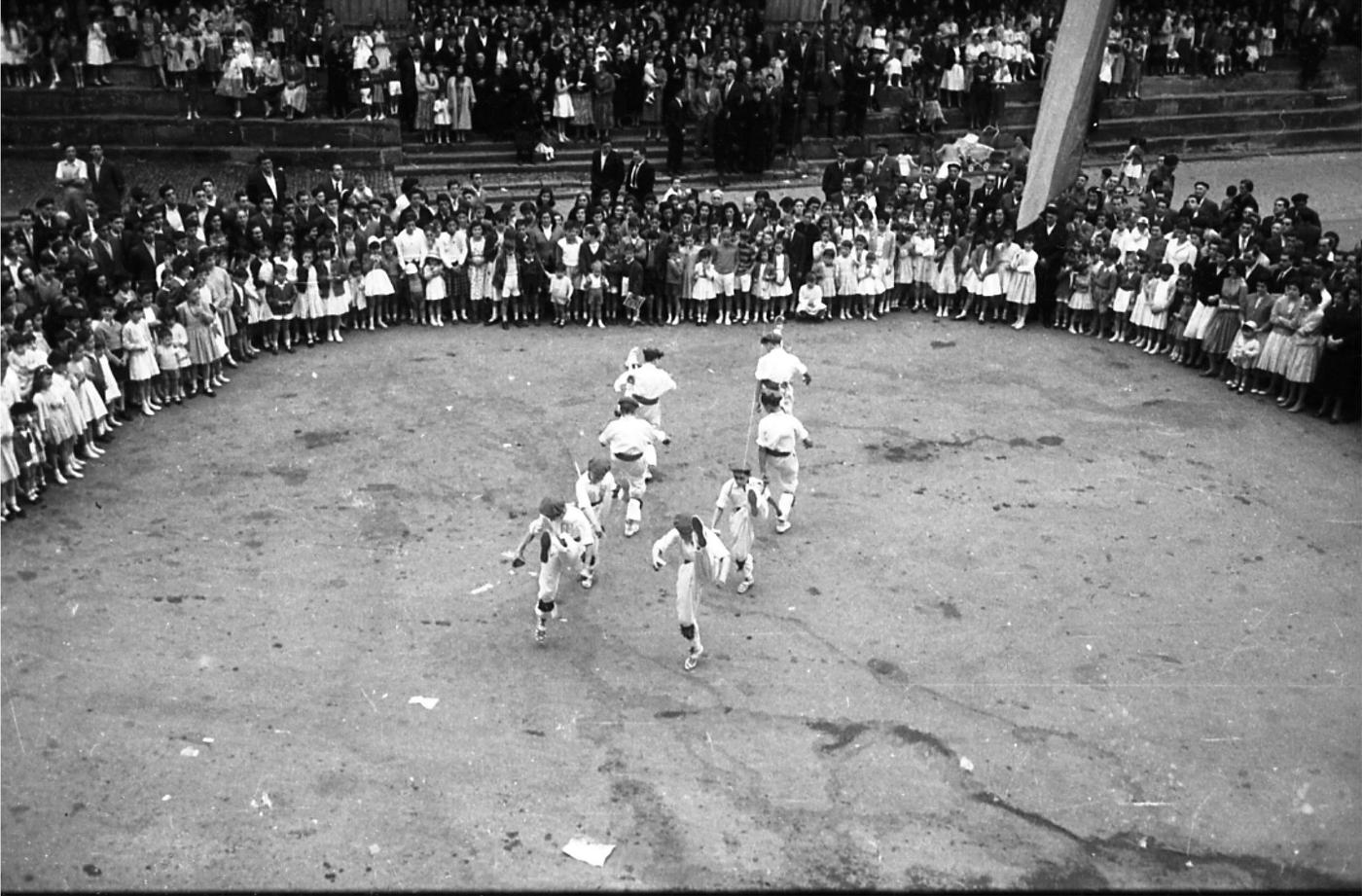 Three nights earlier, on October 24th, while hunched over a bowl of Sopa de Calabaza, I gazed up at the television screen. My bread soaked up the remains of the seasonal pumpkin soup while I watched replays from one of the most contentious Spanish news stories of the year. La Exhumación de Francisco Franco.

From a purely procedural standpoint, the exhumation of Franco moved the remains of the former Spanish dictator from the hilltop mausoleum at the Valle de los Caídos Basilica to the family cemetery in Madrid, 50 kilometers to the south east. 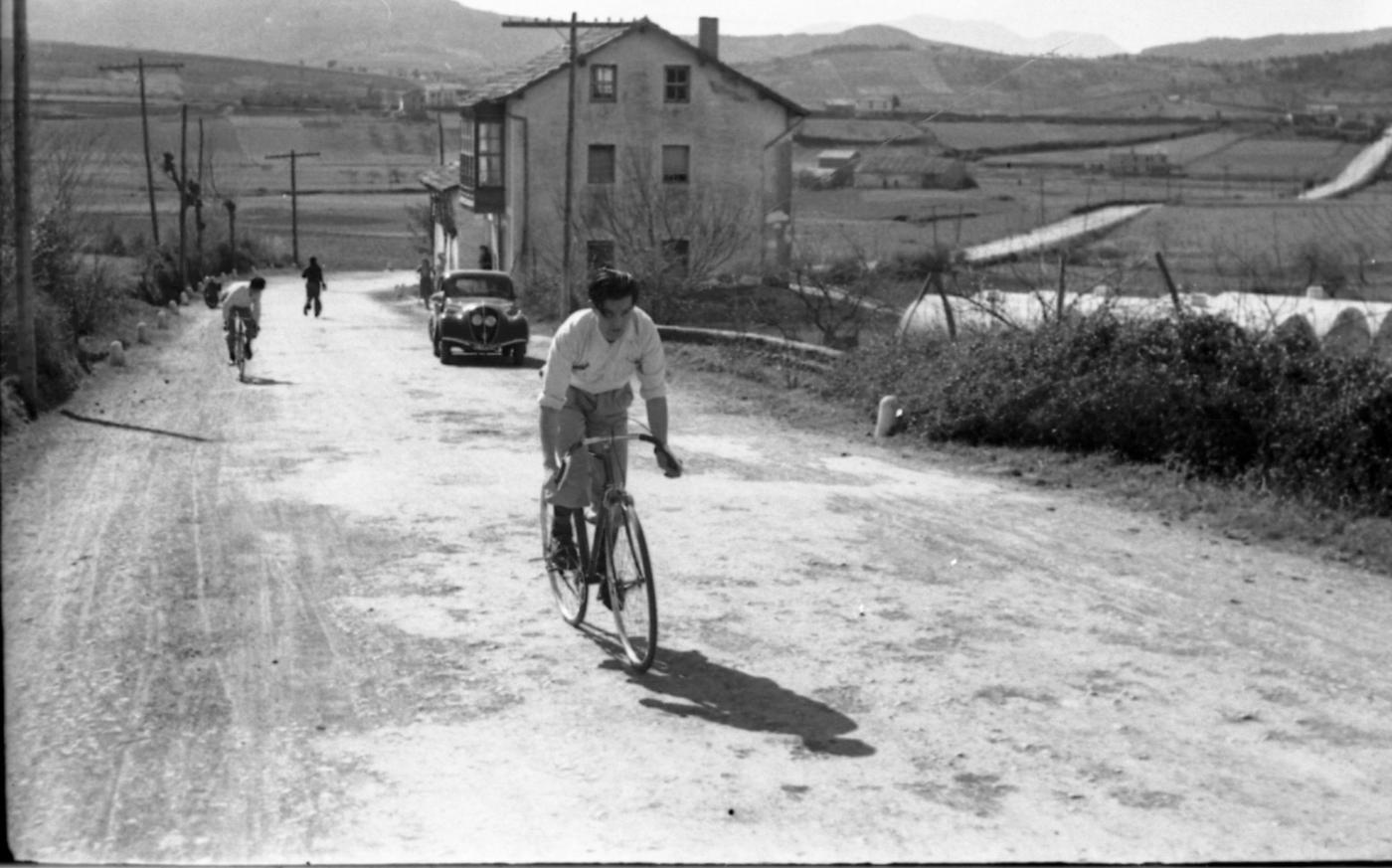 Why dig up and relocate remains that had been interred for 44 years? Ask a progressive Spaniard, and they would say that Franco’s body had no place in its glorified tomb at Valle de los Caídos. The Valley of the Fallen, is a hilltop basilica outside of Madrid that was built in part by 20,000 Civil War Republican POWs, and it is the burial site of 30,000 more Spanish Civil War dead. Some from those were Nationalist fighters led by Franco, others from the Republican forces of the democratically elected government the general revolted against. Civil War loyalties aside, Franco’s side started the war that killed them all.

For Franco apologists, the exhumation was a political stunt by the ruling Socialist government of Spain. Nearly one in three Spainards either disapproved or remained undecided about their opinion of the exhumation. Some of those, nostalgic for Spain’s fascist past, thought their beloved general deserved the lavish tomb he’d built for himself. Others wanted the painful past to remain buried. The one thing everyone inadvertently agreed on was that a whole lot of symbolism went flying through the air that autumn day as a helicopter brought Franco’s remains to Madrid. Here, in late 2019, at the family cemetery, tears welled up alongside rigid fascist salutes as the Generalissimo’s bones were demoted to more modest ground. That scene, the open mourning for Franco and the fascist good old days, is one you’d be hard pressed to find in Elorrio, the surrounding state of Bizkaia, or the entire Basque Country for that matter. It’s a region that traces its ethnic roots back thousands of years through the mountains and Atlantic coasts of Northern Spain and Southwest France. In the Spanish region, to this day, two of every three people support full-fledged independence or autonomy. The ethnic Basques, who date their roots to the earliest farmers on the Iberian peninsula, have valued their autonomy long before the fascists, and the group has long angled this way whether through diplomacy, economics, violence or combinations of all three at different times. But the rise of Franco was a direct assault on the Basques and their identity. 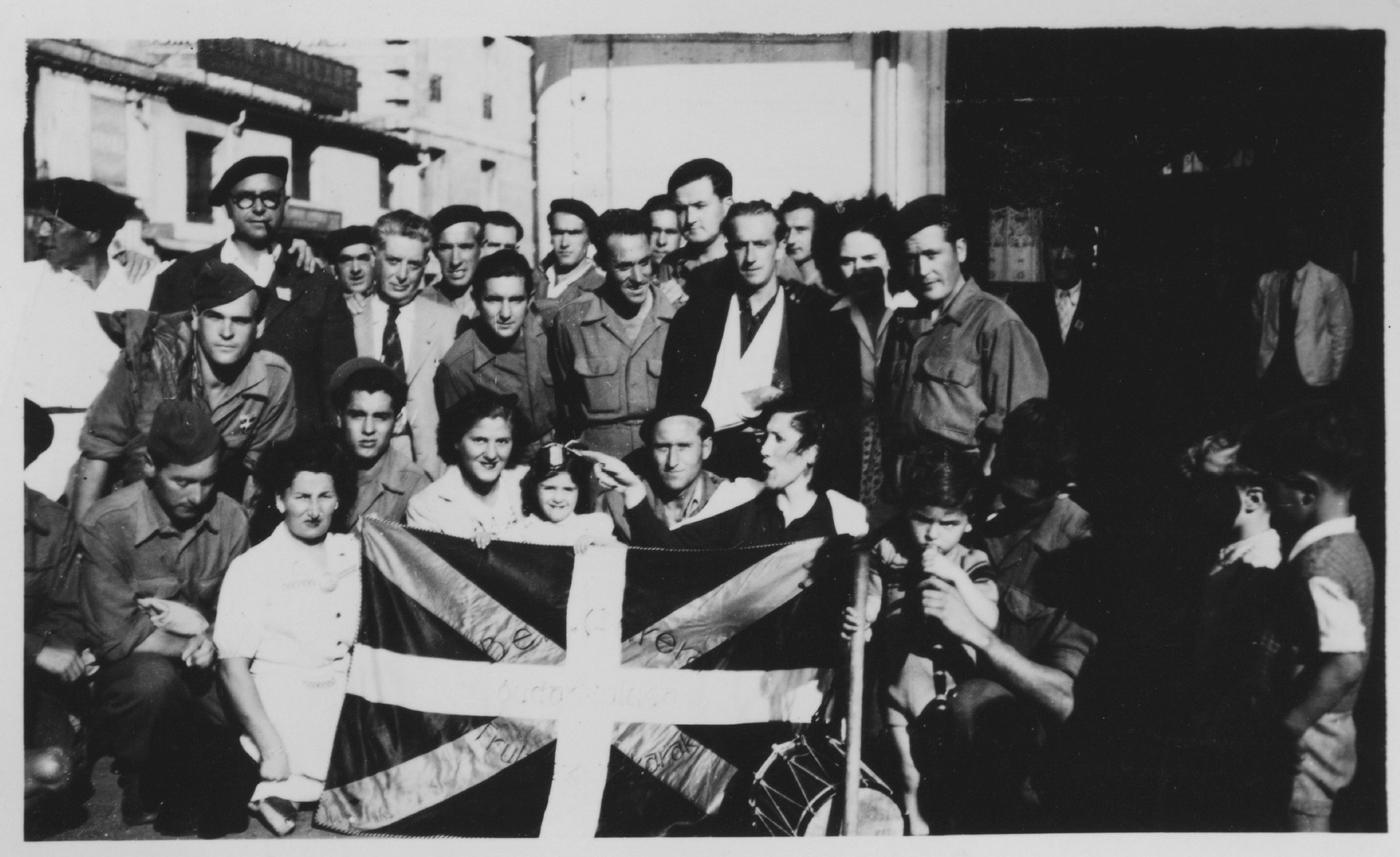 During the Spanish Civil War, the Basques aligned with the Republican government, fighting against Franco and his allies. After struggling to take control of the region, The General invited Europe’s rising fascist tide to Spain, enlisting the help of the Nazi and Italian Air Forces to subdue the resistance in Bizkaia. Yet the most infamous of the foreign fascist’s flying exploits into Spain involved no resistance fighters at all.

Late one spring afternoon, in April 1937, German and Italian bomber planes flew low over  Guernica, an ancient town of Basque cultural and traditional importance. A barracks and a munitions factory stood on the outside of town, but the planes instead dropped their incendiary payloads on the peasants, farmers and townsfolk crowded into the medieval town during the busiest time of market day. The timing was no accident, nor were the recipients. For nearly three hours, fascist planes firebombed the town into a smoldering pile of rubble. The military targets remained untouched.

When confronted about the attack, Franco cranked his gas light to full strength. He altered the flight logs and weather reports to claim no planes had been in the air that day. When New York Times journalist George Steer, who was on location in Guernica that day, published his story with eyewitness accounts of the attack, Franco’s PR men called them “rojos,” communists.  Even as Pablo Picasso unveiled his eponymous cubic masterpiece of the atrocity at the 1937 World’s Fair, the regime denied involvement. Franco explained the Basques had dynamited their own town and then framed his Nationalists. It was not until 1970 that his regime admitted it bombed Guernica. It was an admission without apology or remorse. Without Steers’s reporting, the tragedy would have faded into unrecorded history, disappeared like so many others during Franco’s reign. 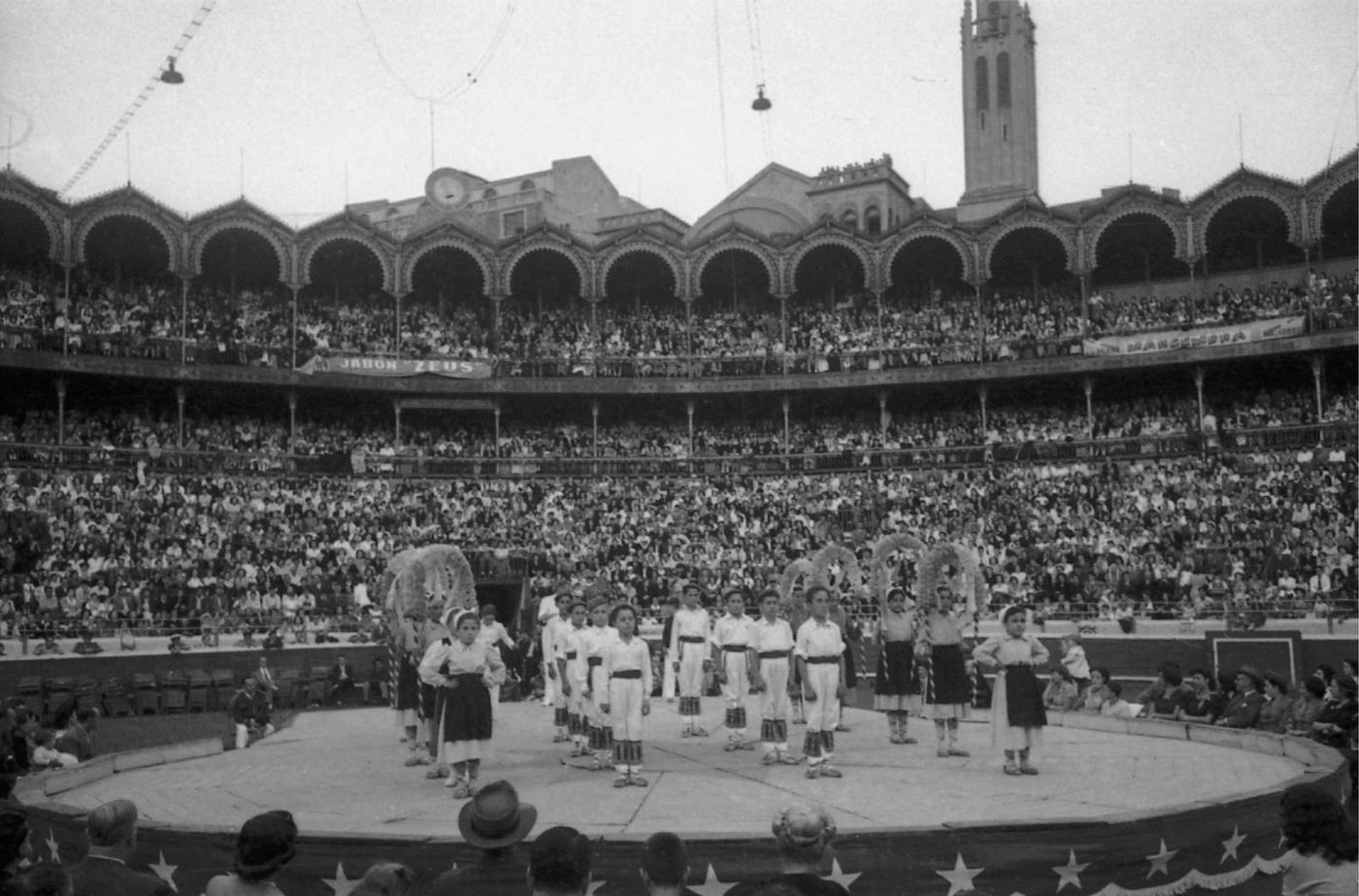 It was that Basque human target practice that honed Hitler and Mousillini’s fascist war machines frothing to take over Europe and the World. Those war machines that launched World War II and ultimately killed 80 million humans, were fine tuned in the green Basque hills on peasants, farmers and villagers. Guernica’s only defense that day, as Steer reported, were the Basque clergy of town, delivering last rights to the mutilated and dying.

Ultimately, it remains open for debate whether Franco was himself a fascist. Depends on who you ask. Some historians and political scientists will argue he was too much of a Catholic, that his religious affiliation would not fit snugly into a fascist mold. Others like the Spanish Civil War historian Paul Preston will say, he wasn’t a fascist either. As he told the Spanish magazine Letras Libres, “Franco no era fascista. Era algo peor.”

“Franco was not a fascist. He was something worse.”

Worse for the 1,645 civilians firebombed and burned alive in Guernica. Worse for the 21,780 Basque nationals who were executed during World War II. Worse for 49,000 prisoners who simply vanished from the records during that same time.  Worse for the Allied fighters killed by Nazis in France with munitions and arms supplied Franco’s so-called neutral Spain.

It is those who suffered the greatest under the regime that could care less about what F word you reserve for the Generalísimo.

And atrocities during the Spanish Civil War and WWII were only the beginning of Franco’s oppression of the Basques. Since he gained power in 1939, he not only crusaded against Basque Nationalists and fighters, he waged war on their culture. He outlawed the Ikurrina, forbade the speaking of Euskera, the native Basque language, and he banned any Basque cultural celebrations, singing or dancing. Parents were prohibited from giving newborns traditional Basque names and gravestones had Basque engravings removed. It was Franco’s authoritarian attempt to culturally cleanse the region.

In the wake of World War II, the war to end all wars, the war that defeated fascism in Europe, why did America allow this to happen? Why leave it smoldering on the Iberian Peninsula even as America helped extinguish the great Nazi blaze? As with many wars the United States has won, they’ve emerged victorious with the caveat of compromise.

In this case, America feared communism more than a domestically violent, but internationally derpy dictator ruling Spain and its 28 million people.

As to why the Catholic Church and four different Popes tolerated Franco for most of his 36-year reign, that’s an answer that a higher power has hopefully extracted from Pius, Paul and two John Pauls.

And so, with begrudging indifference and blind eyes from the new leaders of the free world and blessings from the world’s largest branch of Christianity, General Francisco Franco ruled Spain with a fascist fist until 1975. It was only after a nearly four-decade reign, when Franco died, that Spain began a post-dictadura transition back to the democracy it had before the Spanish Civil War. Thirty years after WWII ended, the last fascist government in Western Europe finally died, at 82 years old of heart failure. 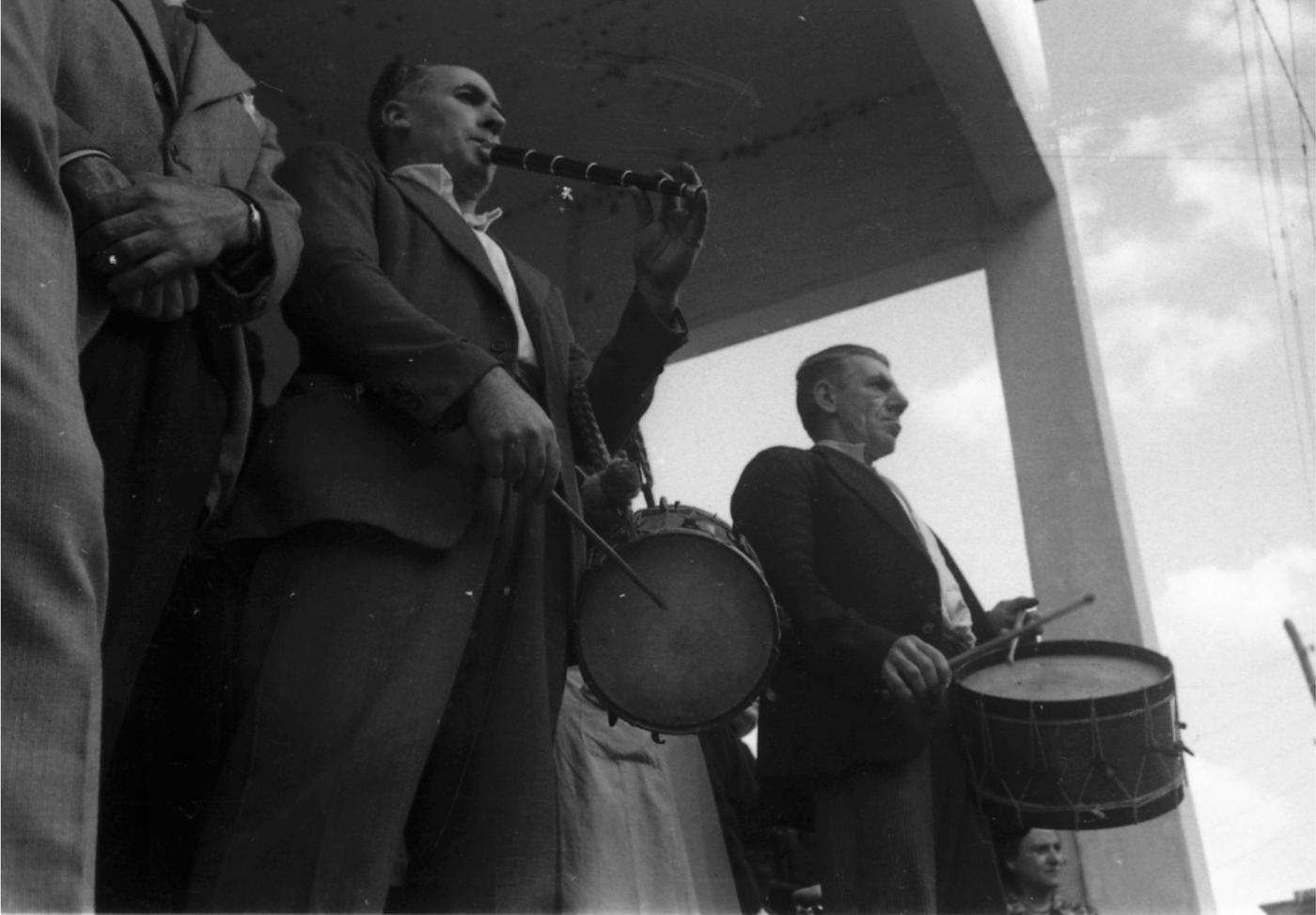 Two days after Franco’s 44-year old remains flew from the Valle de los Caídos, that young man stood on the start straight in the Elorrio and danced the traditional Aurresku. It was a melodic tradition, used by his ancestors to welcome visitors to their mountainous land. And here he was, welcoming bike racers from across the continent, across oceans, to his homeland. The Ikurrinas flapped as he bounced to the music like the proud and defiant mothers, fathers, grandparents and great grandparents that came before him. He danced his ancestral dance, even as the specter of tyranny freshly lingered in the air.

Because whenever fascism rears its ugly head, as it always has and always will, sometimes all you can do is dance. Dance as it rises. Dance under its nose. Dance when it dies. Dance on its grave. Dance, dance some light through the darkness. 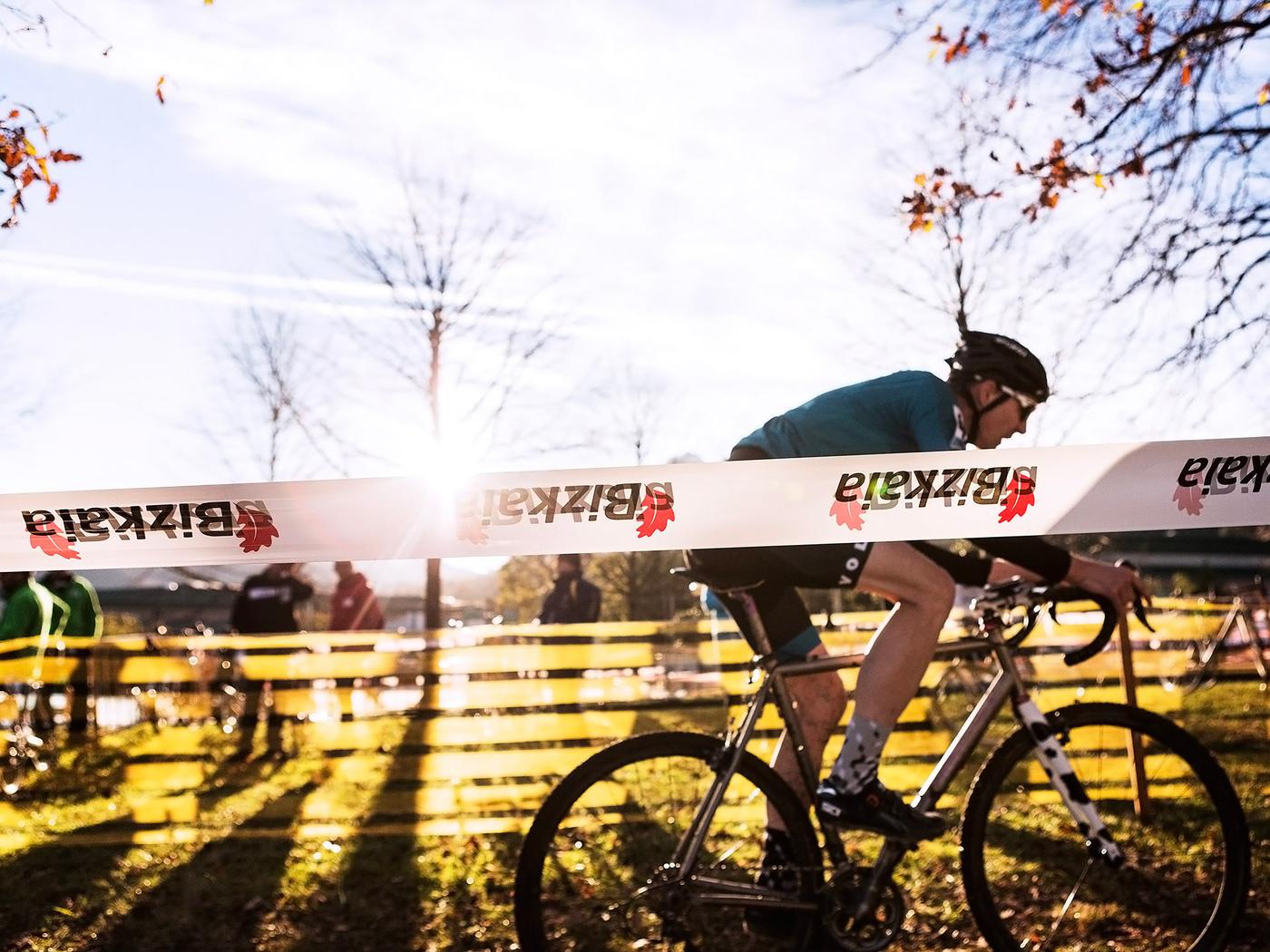 Historical references draw from A Basque History of the World by Mark Kurlanski as well as The Spanish Civil War by David J. Mitchell.

Without George Steer’s reporting, “The Tragedy Of Guernica: Town Destroyed in Air Attack: Eye-witness’s Account” in The New York Times days after the 1937 bombing, Franco’s atrocity would have gone unrecorded, unnoticed by the rest of the world, disappeared like so many others.

The article has been reviewed for historical accuracy by Dr. James Stout PhD  History from University of California San Diego. Dr. Stout specializes in Sport and Cultural Identity in 20th Century Catalonia.

Historical photos were sourced by J. Gil from The Historical Archive of the Basque Country, which is based in Bilbao.

The cultural sentiment and opinions have been confirmed by numerous interviews with Basques as well as other writers, photographers, bike racers, and editors throughout Spain.