“You’re sleeping in a tent out there? Aren’t you worried about them?” a girl from Kyrgyzstan’s capital city who was enjoying a weekend trip to the local favorite Song-Kul lake asked us. I thought to myself wondering what she might be referring to.  After a moment she realized our confusion and clarified… “The Wolves”. 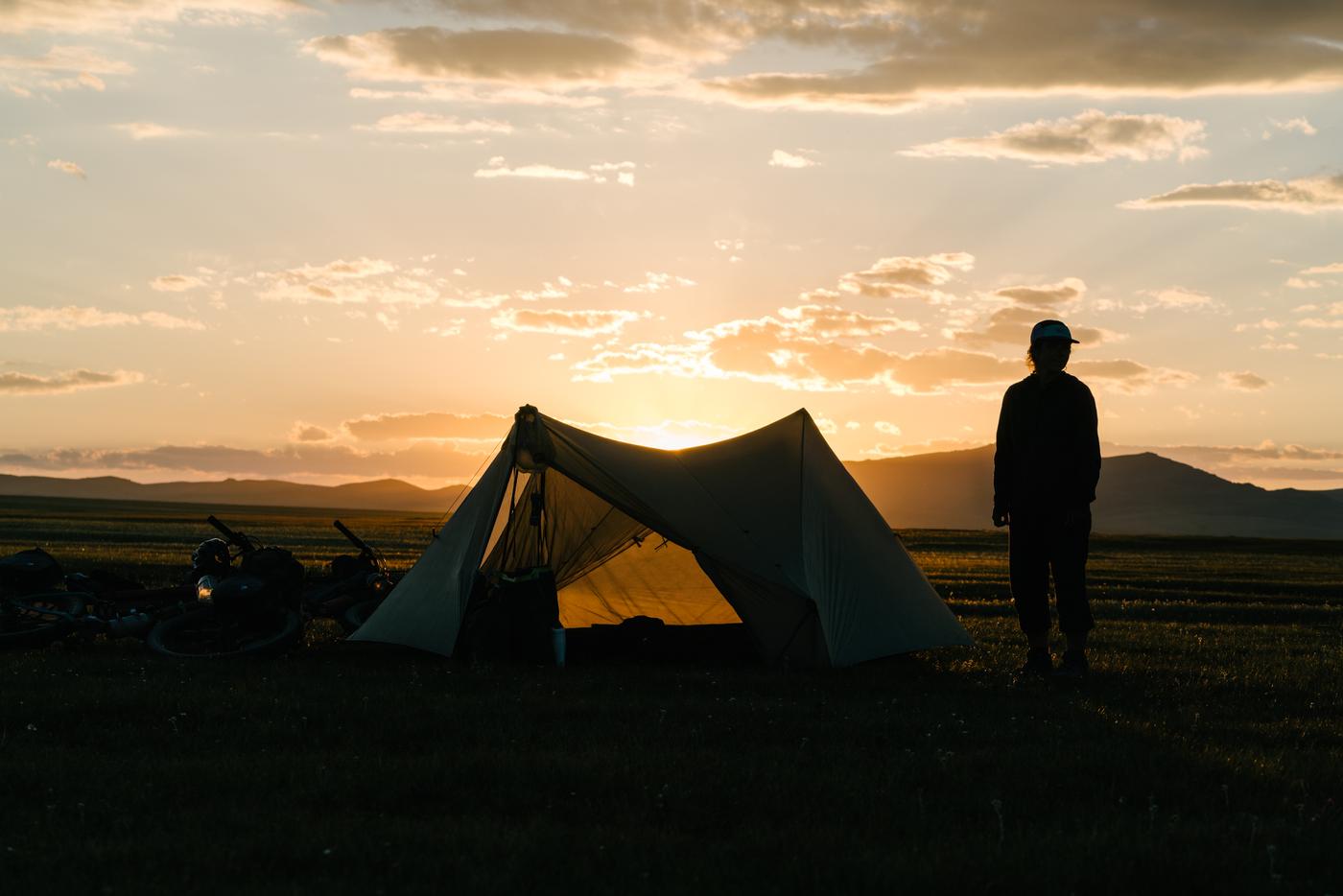 We couldn’t help but let out a bewildered laugh at the thought. After having spent more than a month wandering through these mountains, the biggest threat here seemed to be the occasional drunken shepherd harassing you into coming to their yurt to drink some of their beloved fermented horse milk, otherwise known as “Kumis”. After forcing down a few gulps of that on several occasions this summer I think I’d rather be offered a vat of battery acid to sip on, but that’s another story for another Radavist post!

The dairy concoctions are scary enough, but wolves circling around our campsite waiting for their chance to strike?!   I was having a hard time imagining it. 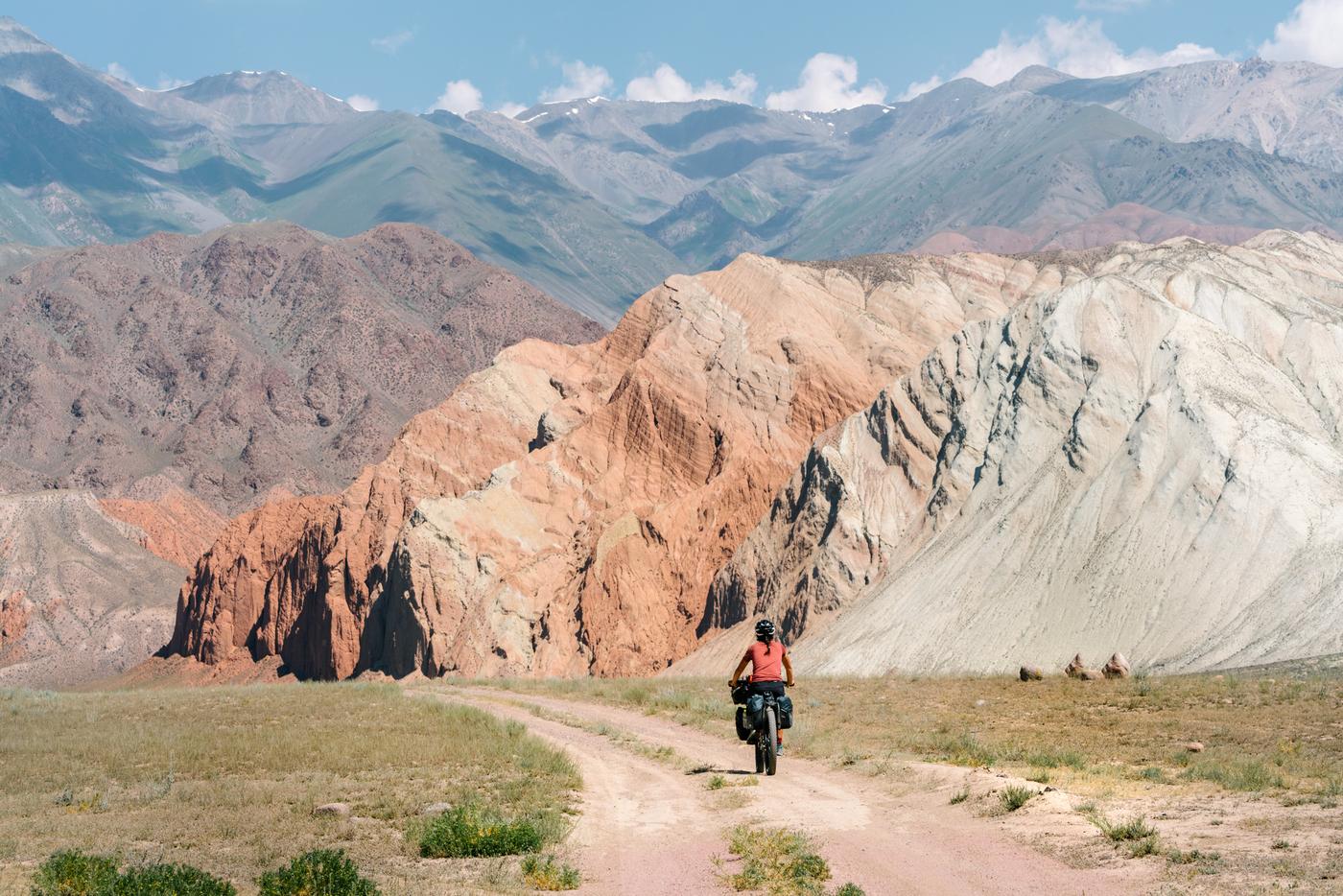 There’s a lot of lore from the Kyrgyz city-dwellers regarding the harshness and dangers of their mountains. It’s not all without merit. While most of the people who live in the upper altitudes here migrate to somewhere (slightly) milder for the winter with their animals, that is not the case for everyone, and the winters here are the definition of harsh. And while the wolves that roam these remote areas are rarely spotted, they do occasionally leave their mark as we saw with a series of aggressively dismembered sheep strung up near one pasture as a rather ominous warning. 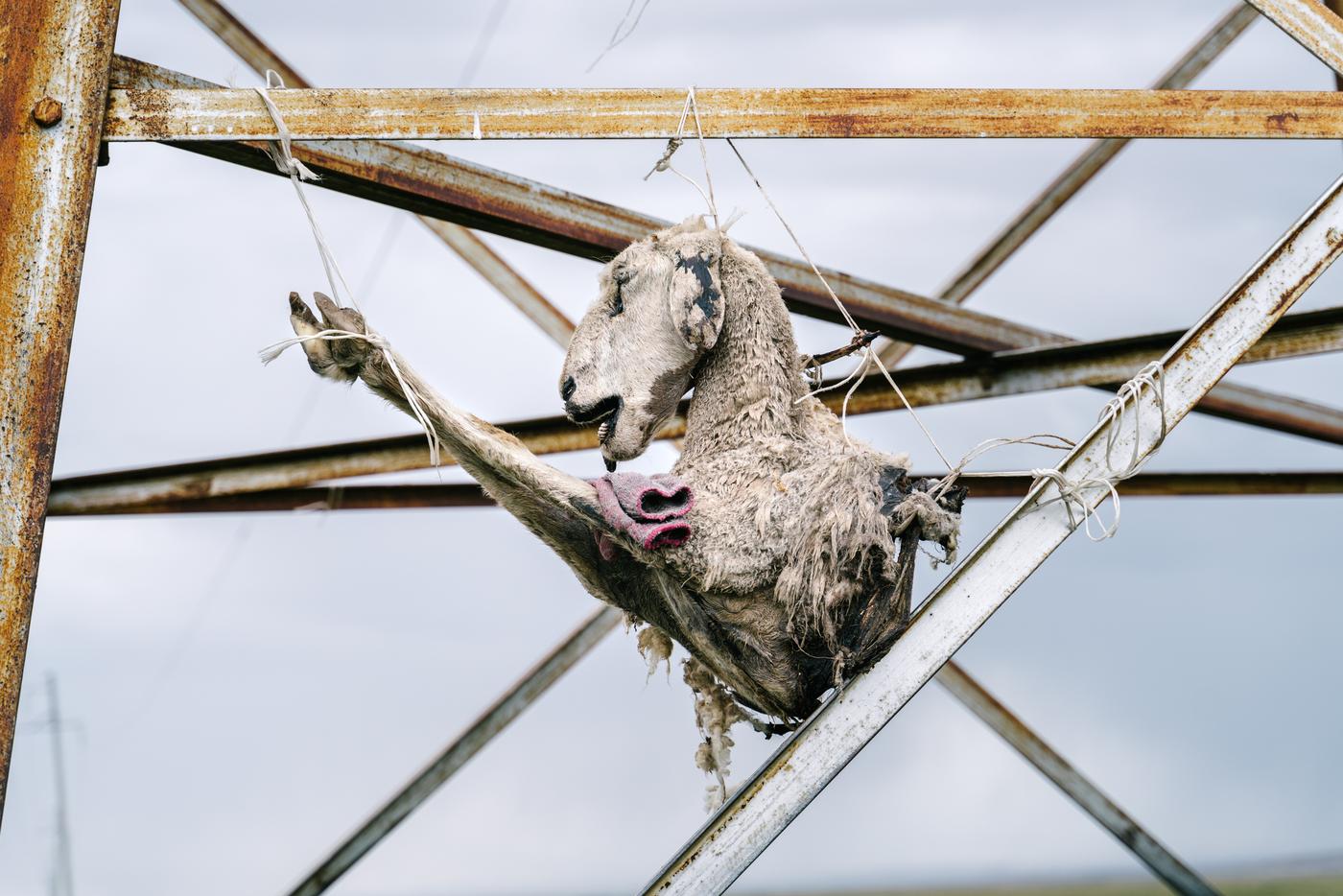 Still, those local shepherds who make their homes and their livings in Kyrgyzstan’s Tian Shan mountains will ease any concerns about the nature of these animals. Sure, they’ll pick off a stray sheep here and there, but only in the depths of winter do they become desperate enough to show themselves at lower altitudes.  In the meantime they’re busy out there stalking marmots and Marco Polo sheep. 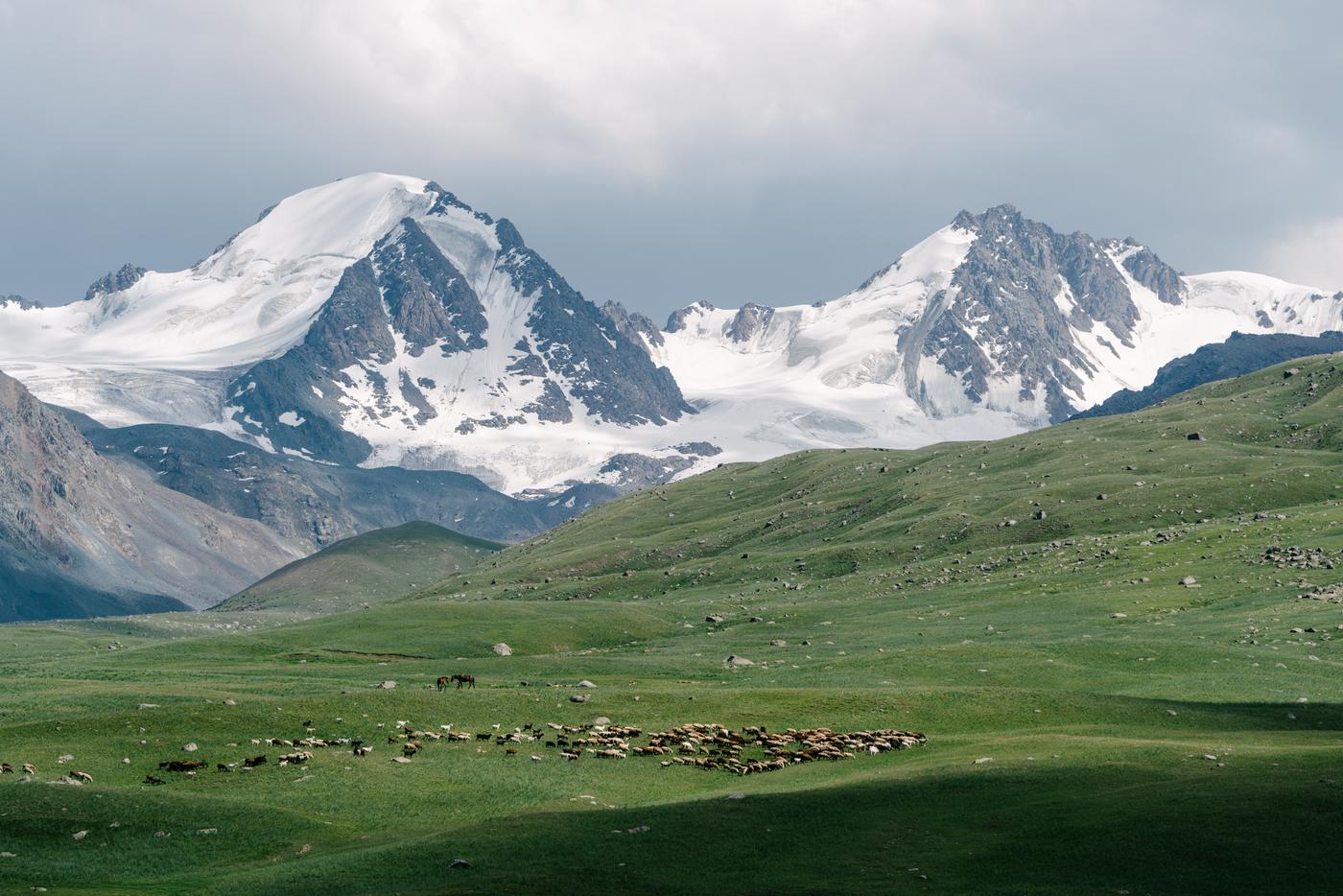 These same shepherds, who spend their summer months in camps that they assemble in a day or two, and live off of home-baked bread and oily pots of potatoes are the heart and soul of these mountains. If you’re out riding for a few days between towns, you can be assured that the kindness of these shepherds will be there to help if you ever need it. Always there to offer up a meal, a hot cup of tea, or some bread for the road, and it’s not uncommon for them to outright refuse accepting money in return.  The fact that you flew to their country on a plane and are riding a fancy bike around for fun doesn’t even factor in.  They treat you like you’re one of their own. 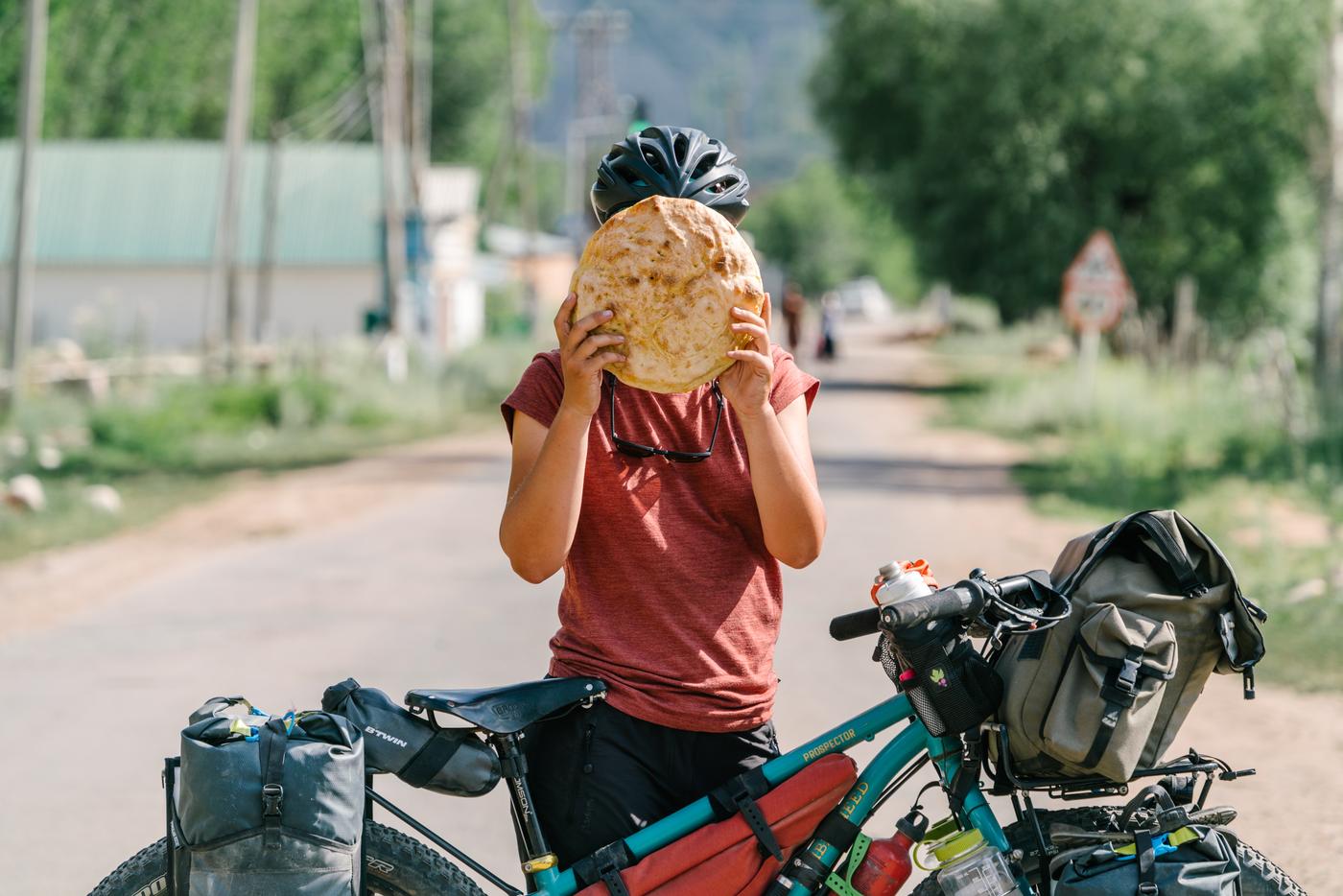 Along with the incredibly friendly people, it’s the paths that these shepherds use to migrate their animals throughout the seasons that make Kyrgyzstan such an amazing place to ride a bike. Nowhere is that on better display than at Kegety pass. When you bring up the name, most of the locals will just make that face where they’re pretending to know what you’re referring to while silently thinking to themselves “These tourists have no idea where they’re going”. But mention it to a nearby shepherd and their eyes will light up, they’ll tilt their head to the side just a bit, and they’ll let out a high-pitched “Ooooo!” — That’s the traditional Kyrgyz way of saying “ya’ll crazy!”. 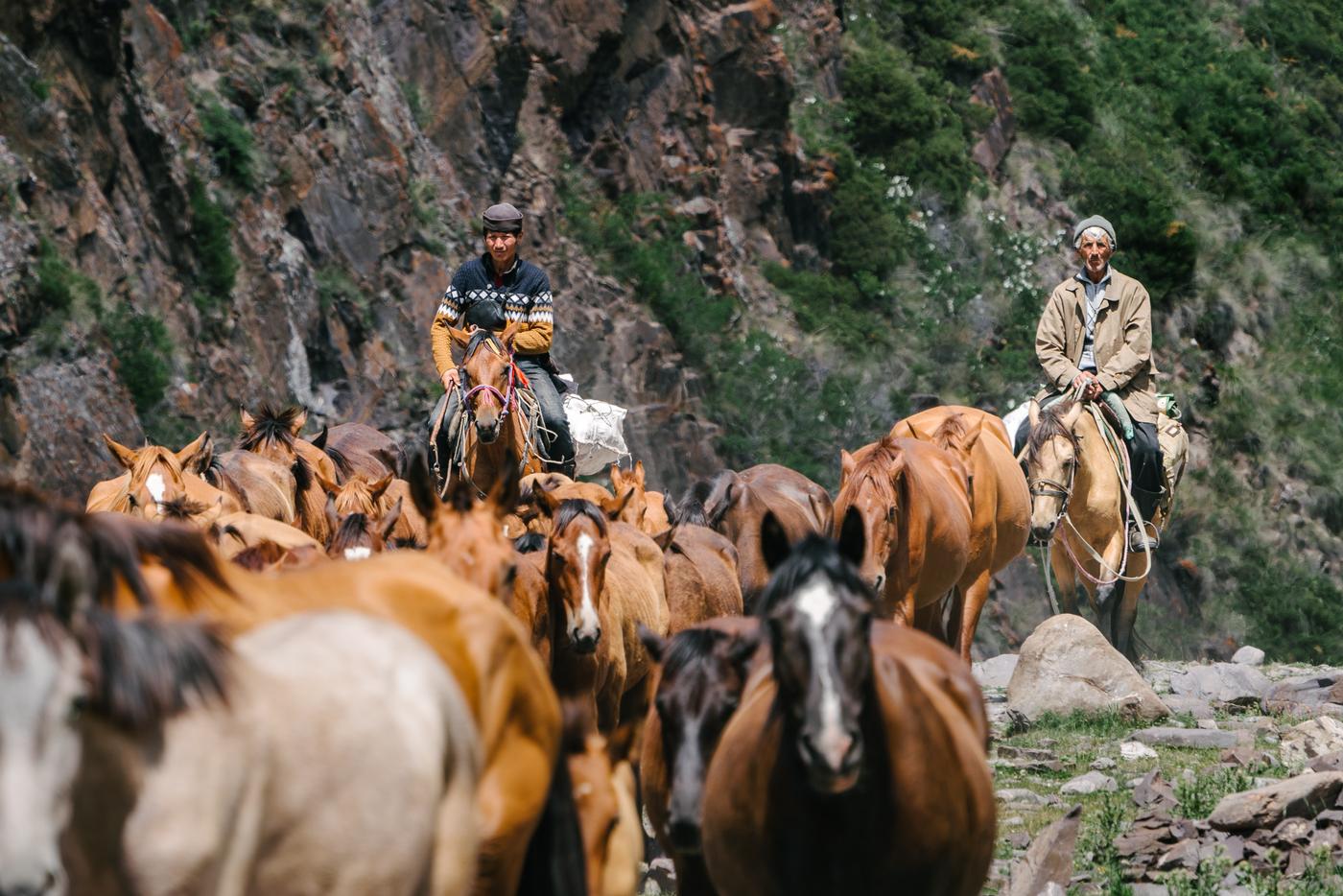 While Kegety Pass was made for the necessities of locals and their herds, it was MADE for the bicycle. If approached from the south, it has all of the characteristics you want in a mountain pass. The final few hundred meters to the summit are impassable with a vehicle, so the traffic it sees is only of the 4-legged variety, and the couple hours of required hike-a-bike provides just enough challenge to make reaching the top feel like a reward rather than simply a relief (I’m looking at you, Shamshy pass!). The descent is one of those that you dream of. Zigzagging down from the rocky peaks topped with glaciers, through the forest, and into the sweltering lowlands.

With Kyrgyzstan being quite fresh on the general population’s travel radar, signs of tourism are still pretty low. Thanks to folks like Joe Cruz who established the original Tian Shan Traverse route a few years ago and events like the Silk Road Mountain Race growing in popularity, bicycle travel is poised to become a primary tourist-draw to a country that has a desperate need for industry outside of agriculture. Judging by the frequency of cyclists we saw out there enjoying this route, I’d say they’re well on their way!

Check out my route on RideWithGPS: