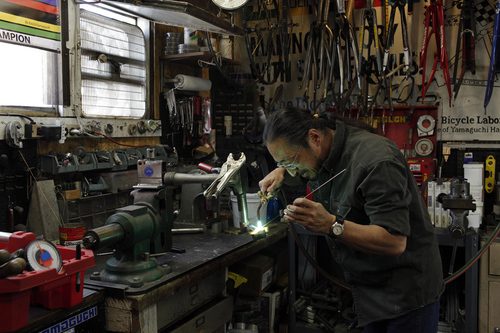 So this post is two-tiered. First up, Alan spent his Saturday in Yamaguchi’s stem course and the photos are awesome. Lucky bastard! Second up, he’s having to sell some of his bikes to pay for his tuition. While he won’t sell the asymmetric, he’s selling anything else in his stable. Head over to Cycling WMD to find out more.