Alan from Cycling WMD has quite the stable. From beautiful bicycles to his freakbikes, it’s safe to say that he has made some bicycle monstrosities in his day. Last Friday, we spent the afternoon riding his Milwaukee Bruiser chop-job tallbike. This thing is a lotta fun to ride and as Alan demonstrates below, is totally shredable! Alan set it up as a single speed with a 990 brake in the rear. This thing is mean! 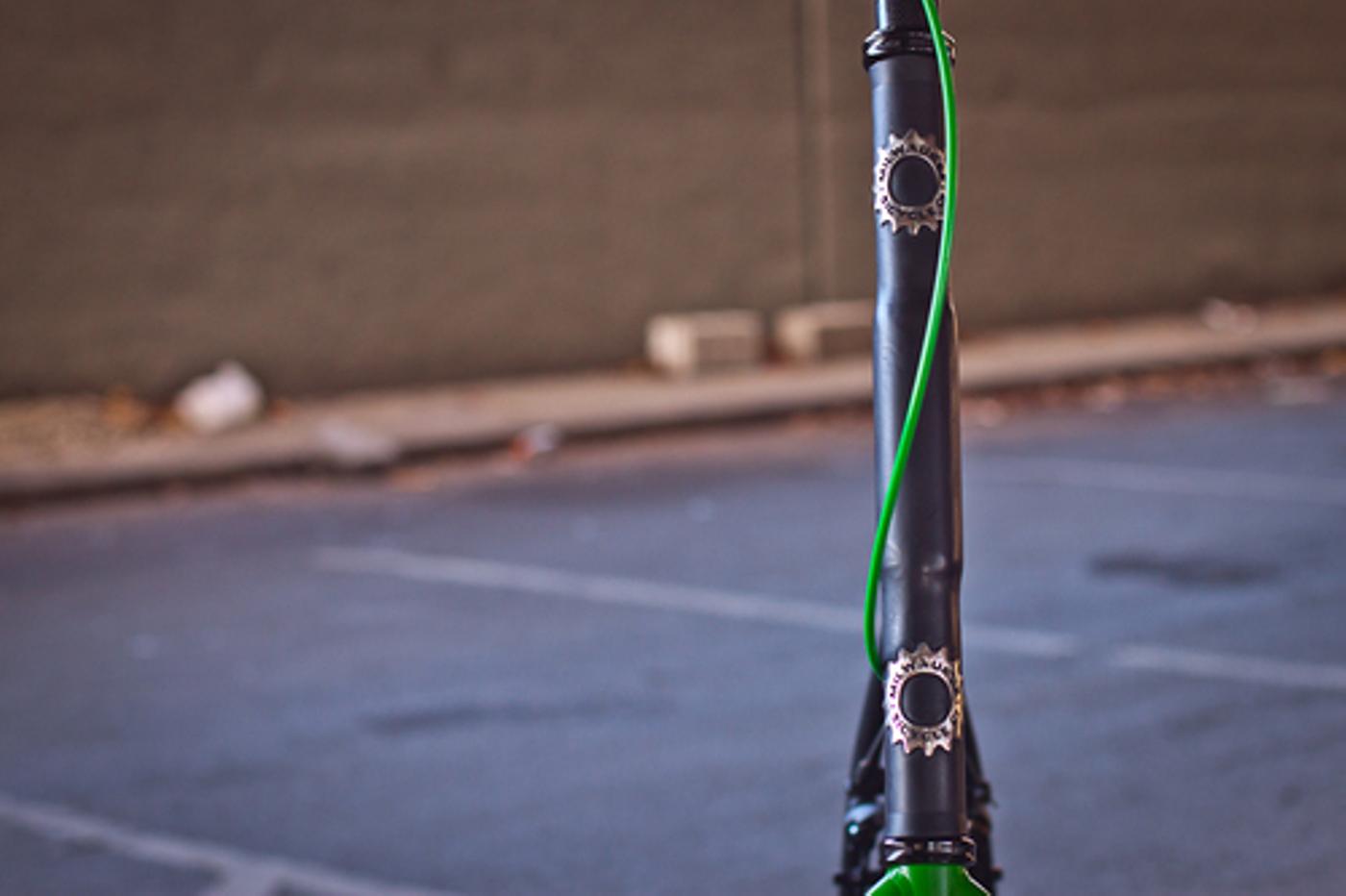 This was my favorite detail: the head tube bulge from splicing the two bikes together. The warm fall sun was bright and made for some rad photos. We took it for a spin around the neighborhood. Alan was skidding all over. Hopping around on a bank. Rad! Thanks for spending the time with me homie. Check out some more shots on my Flickr.