In this episode of “Where Are They Now?” we catch up with the road bike Hubert D’Autremont fabricated for himself to see what it has been up to over the past several years since its last appearance on The Radavist. We even returned to the same photoshoot location. If you’re a Radavist veteran, you may have caught its feature when the bike was fully clad in Dura Ace 9000 and finished with Enve and Chris King. It was a stunner, but lived an uneventful life, clocking less than 500mi in its Shimano days before finding its new home with David Ross. All Shimano is gone and, since David is a Campagnolo fan, he went with Campy Record 12 and a Shamal Mille wheelset. To further elaborate on the Italian vibes, David bolted on some Deda finishing kit and a Selle San Marco saddle. 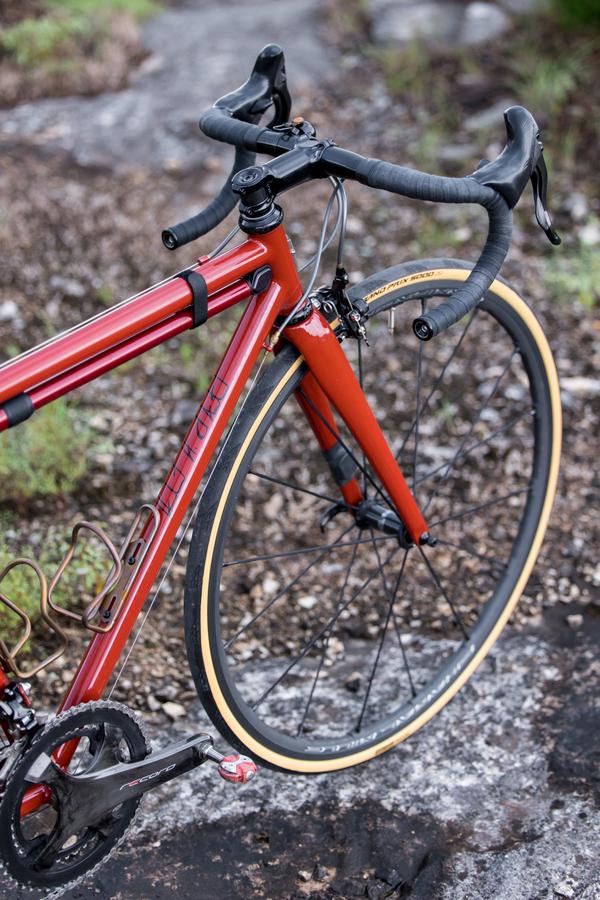 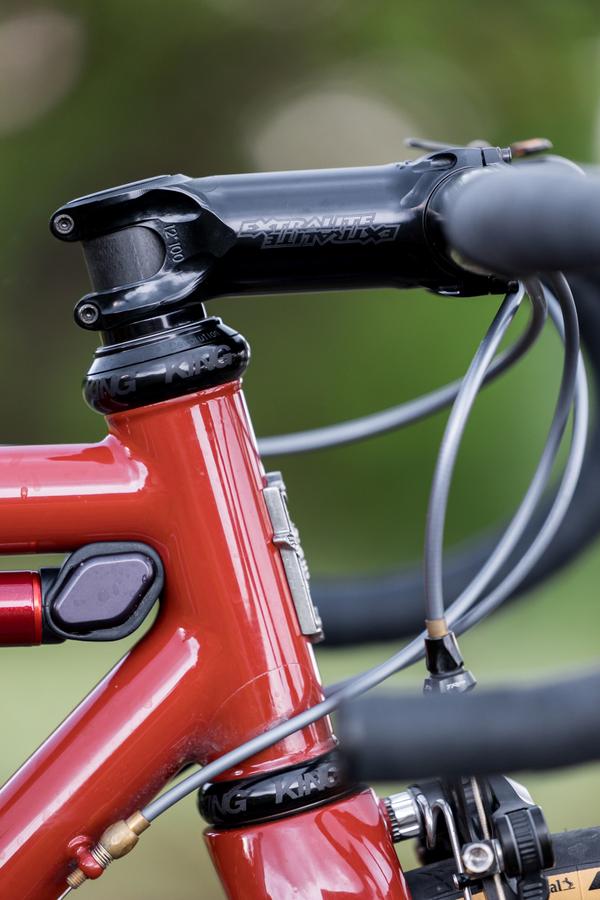 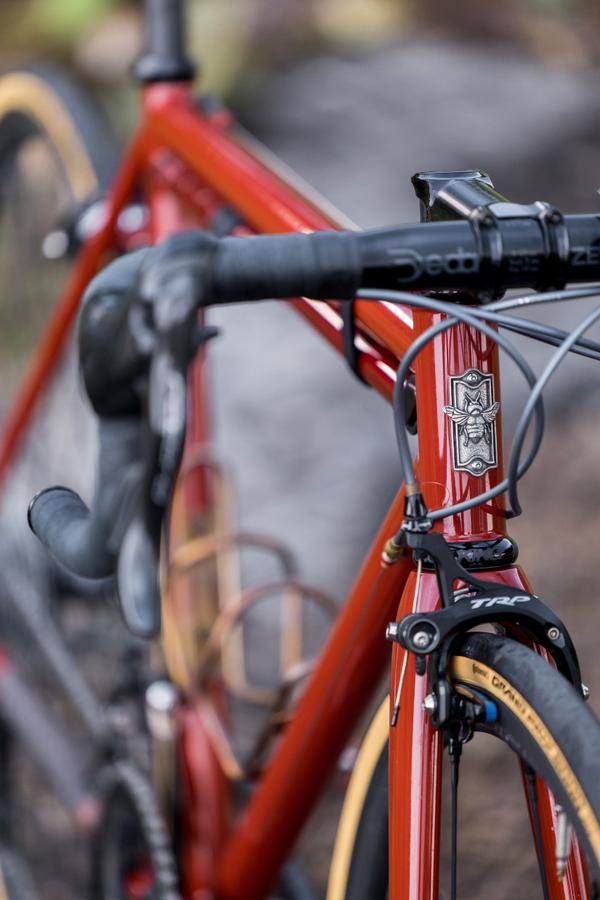 The Silca frame pump was a coincidental match, which he snagged off his Gunnar Hyper-X. Anodized Silca cages share the pump’s namesake and add a pop of bronze complimenting the BB, ferrules, Chris King X Spurcycle bell, and the D’Autremont headbadge. Weight isn’t really a factor on bespoke steel roadies, but David tried to keep it light with some svelte components. 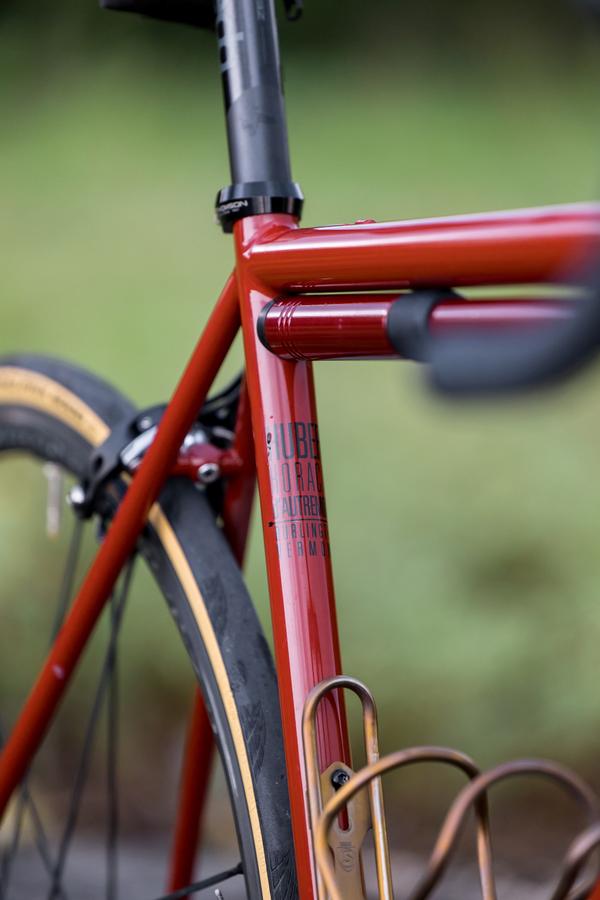 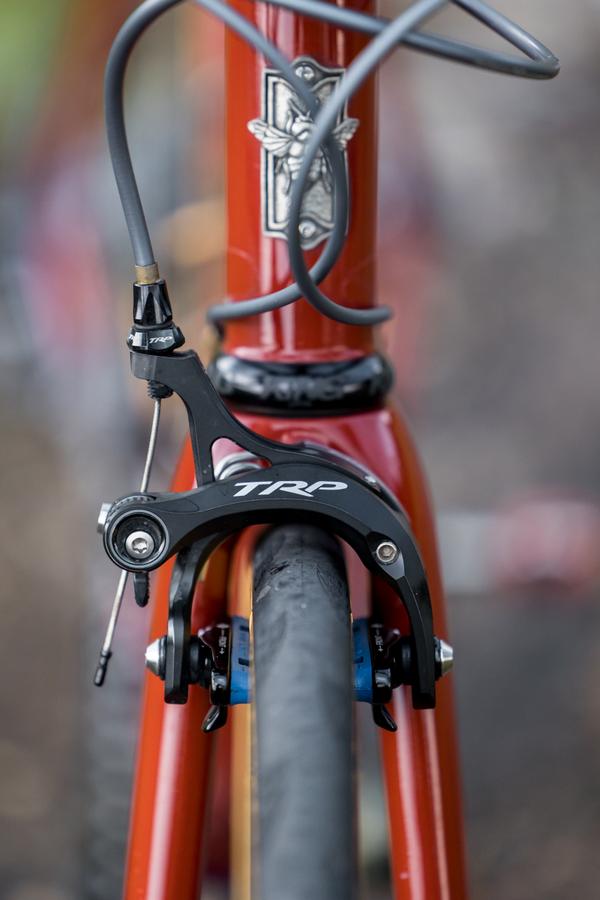 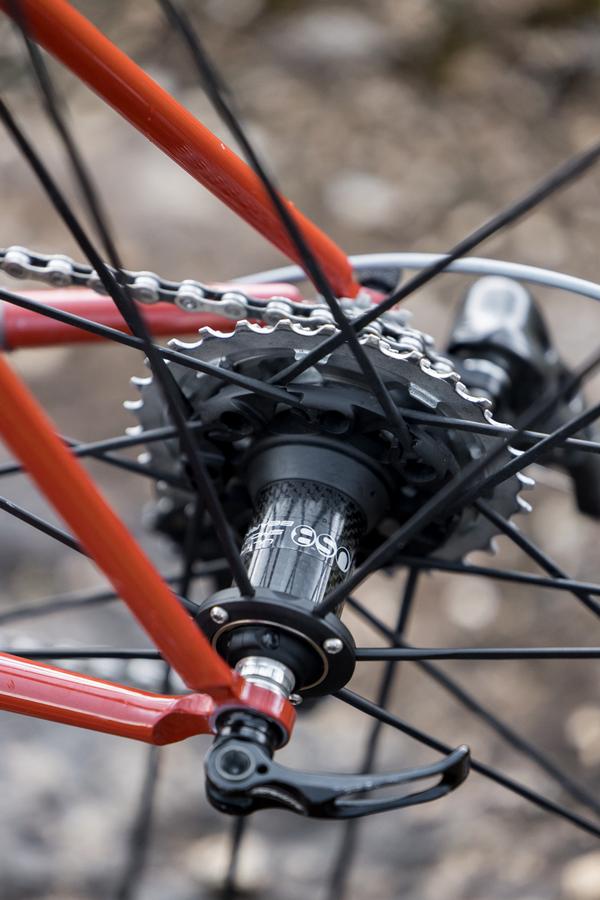 TRP 970 EQ brakes made of magnesium and titanium are even lighter than DA9000’s and just as good at stopping. A Cane Creek EENut is about a third the weight of a standard compression plug, and the most obvious is probably the Extralite Hyperstem weighing only 85g. The Extralite theme continues to the wheels with their Streeters skewers. Everything has changed. This is a modern-day Ship of Theseus – is it a new bike? Is it the same bike?

David Ross is is a co-founder of Rip My Routes, which is a resource for curated cycling routes in Central Texas. Head over to Instagram to see more.