We’ve seen this bike before and hopefully you actually read the article on Tears for Gears so I won’t have to repeat all the information. Saturday, before the Brooklyn Pavé Ride, I pulled aside Jeremy’s Team GAN Lemond to take some photos of it. This bike was modeled after the bike which Gilbert Duclos-Lassalle’s rode in the later portion of the 1994 Paris-Roubaix. Aside from a few nuances, it’s an exact replica.

Take a look at more photos below. Every detail has been accounted for, but sacrifices were made to stay on a budget. For instance, instead of running tubulars on a set of Mavic Paris-Roubaix rims, he went with a clincher rim. The Record Ergopowers were also becoming a pain to track down, so he went with Chorus from the era. 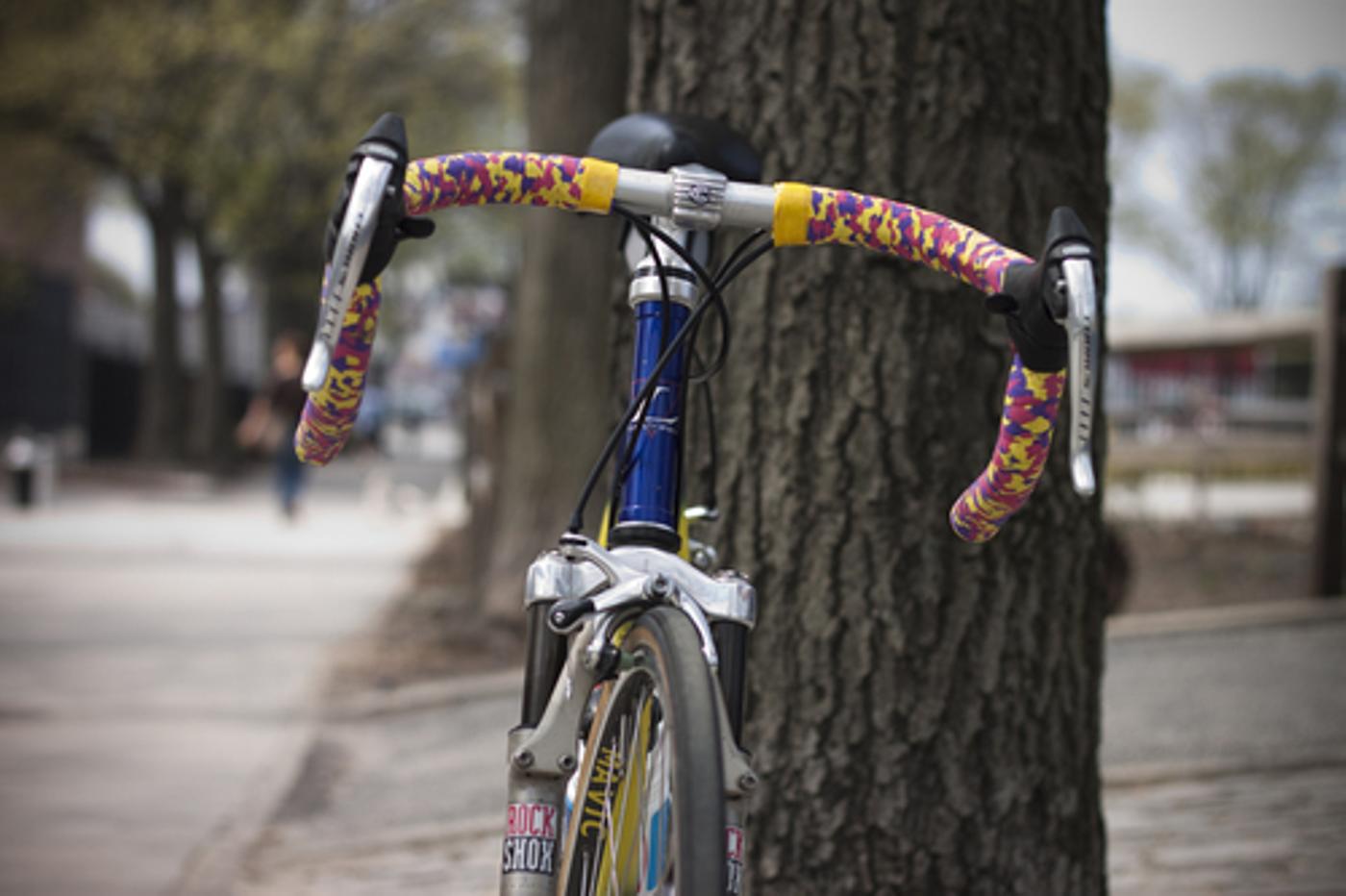 Other details were nailed down, like the Cinelli Oyster stem, Criterium bars and the bartape. Not a bad substitution for tubulars. 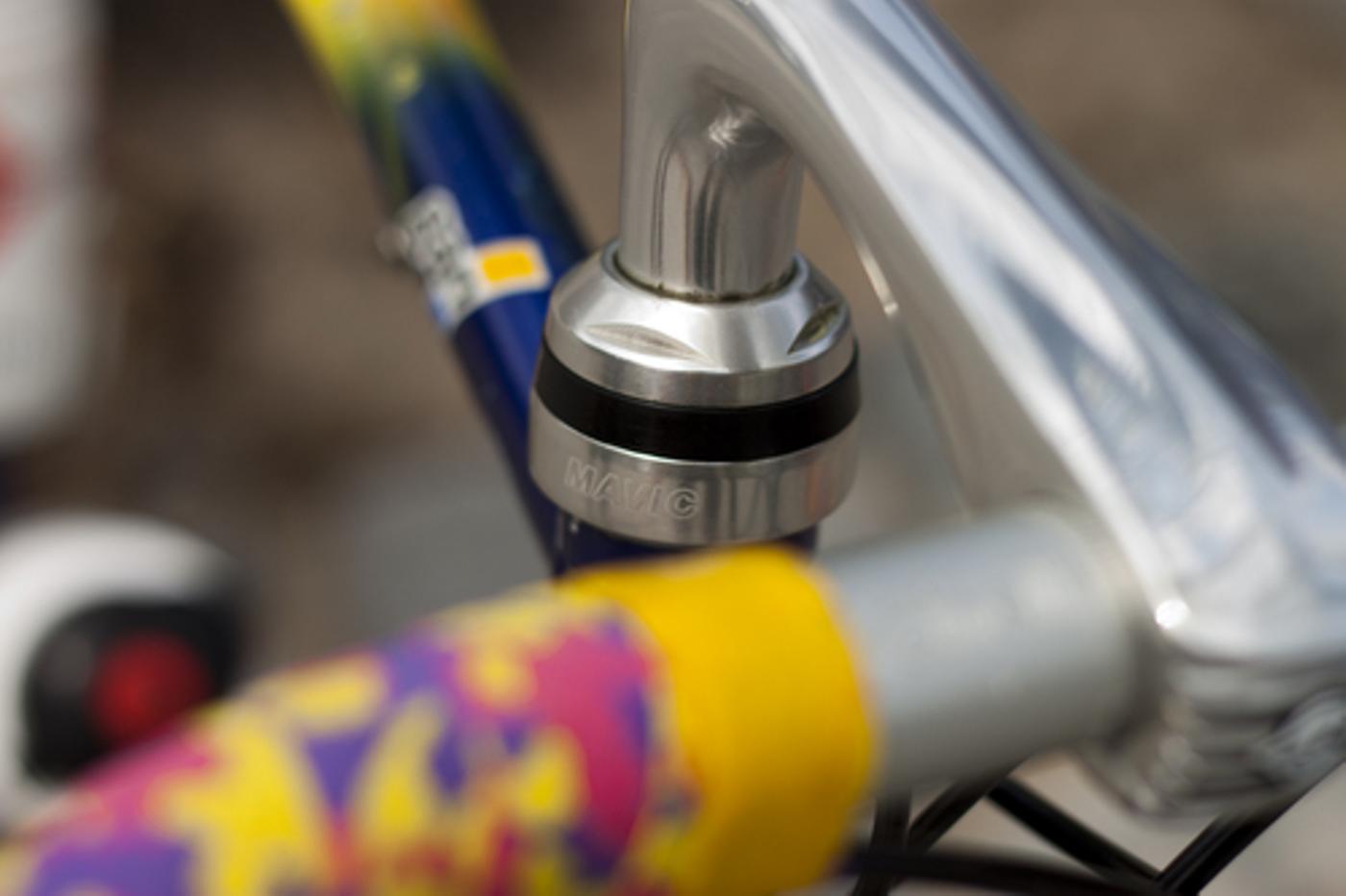 … and rear hubs with a proprietary-spaced Mavic cassette. 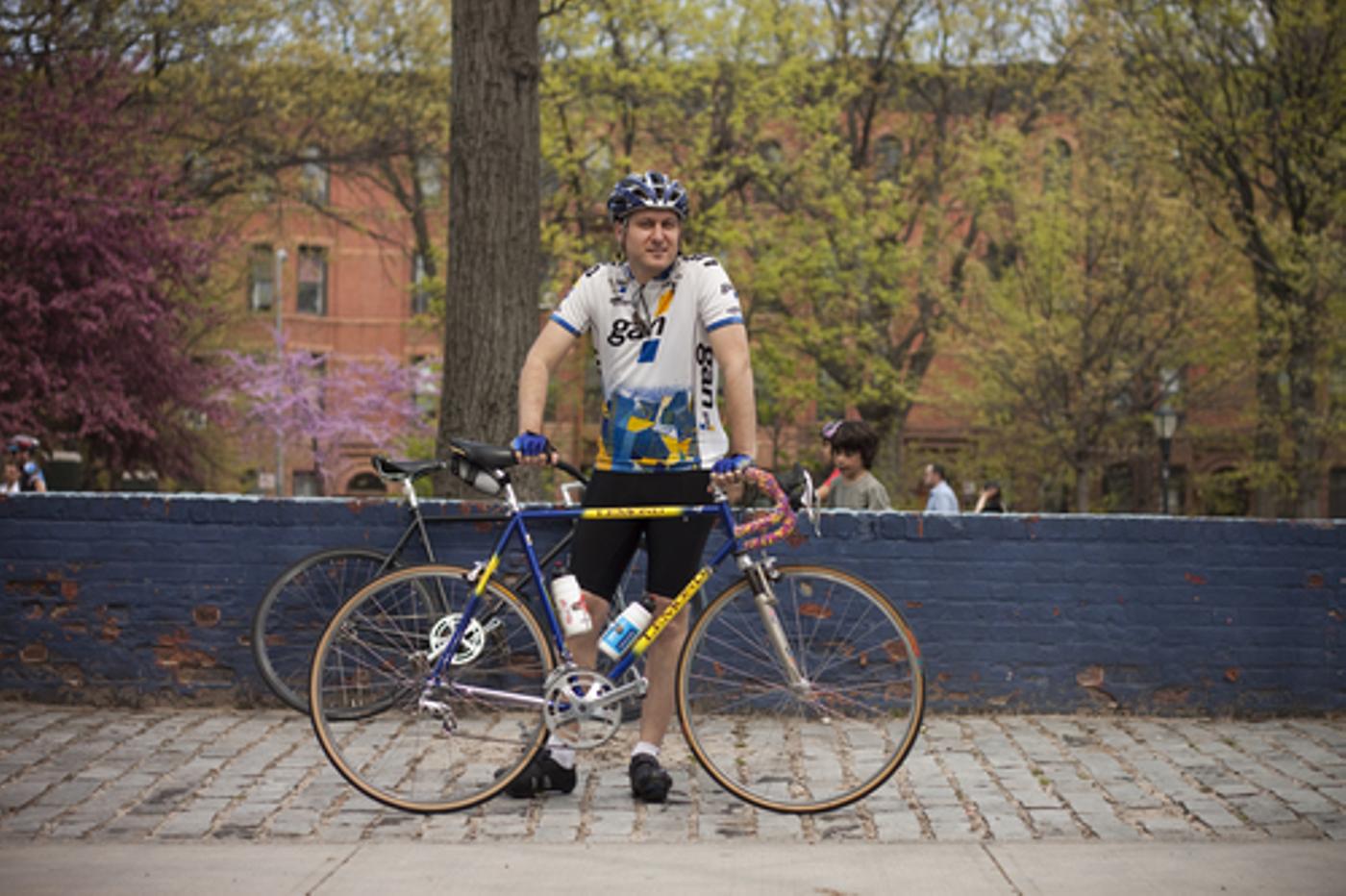 Here’s Jeremy, in his GAN team kit, ready to roll. Congrats man, the bike turned out stunning! For any other information or questions on the bike, head over to Tears for Gears.