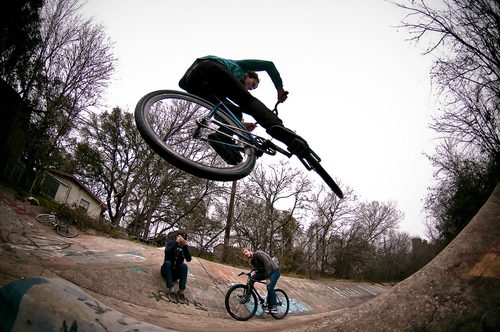 When I just caught this on Flickr, I thought it looked familiar. Chris Lee shot some photos of AJ and Puckett a while back and this one was supposed to be a Volume ad. They ended up going with the stair gap photo by Danny instead so Chris just upped a few. Looks fucking ill Eric and I like this one better than the other shot. Look at AJ looking up at Eric. Keep going at it guys!