Readers of this website might know of Strawfoot Handmade‘s bike-related products. Garrett and Vince make saddle bags, musettes, and other on or off-the-bike portage solutions. In recent years, Strawfoot has pivoted to make more than just bike bags, or bags in general. With the growing popularity of Sprinter van buildouts and other forms of mini-RVs, Garrett began making insultated window shades for the various van models, allowing the owners to not only reflect heat but offer a bit of privacy from the outside world. As you can imagine with the increased popularity of van buildouts, Strawfoot is very busy. When I was in Santa Cruz before the Sea Otter Classic, I checked in with Strawfoot, who had just moved into Rock Lobster’s old space… 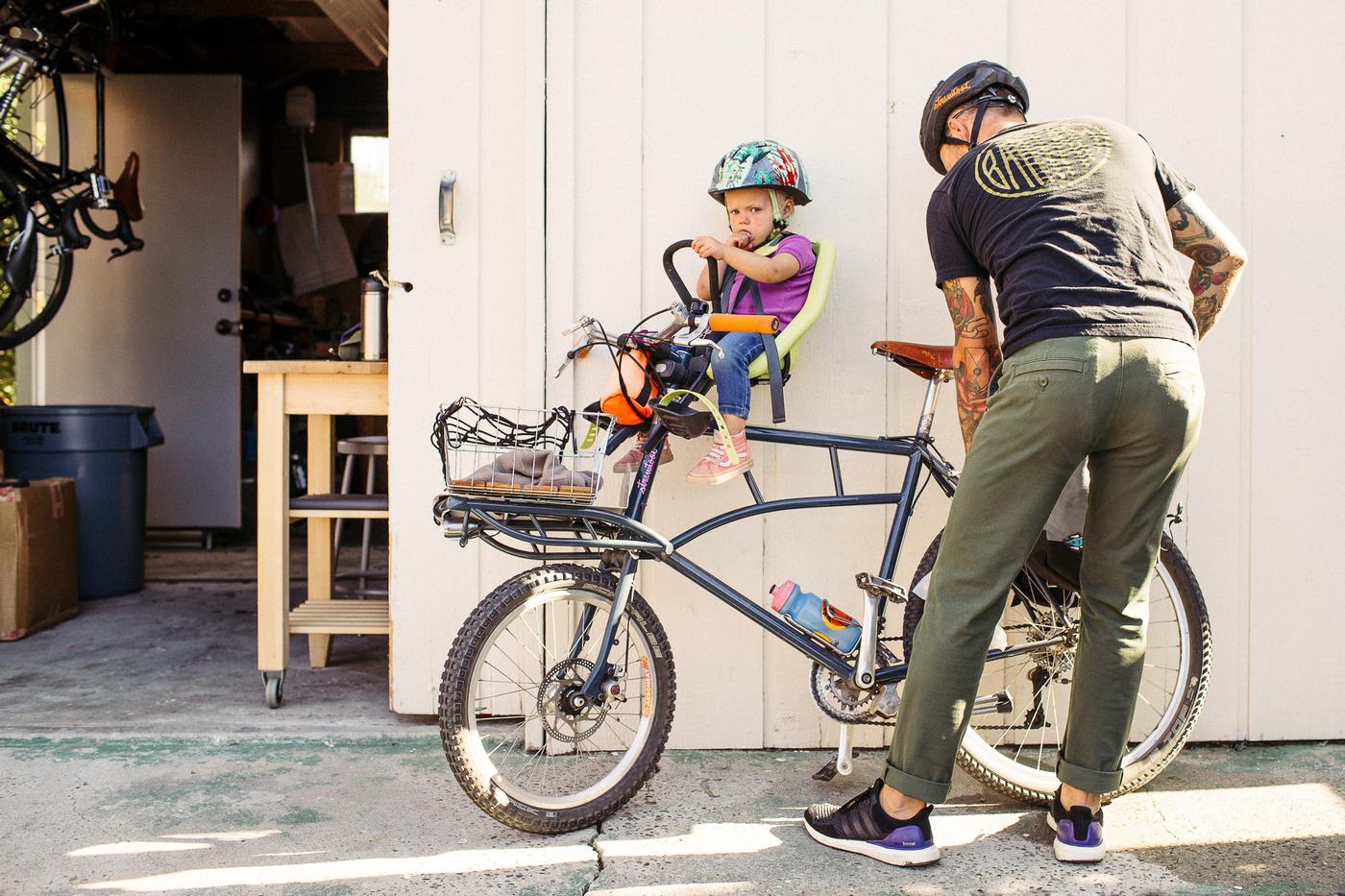 Garrett is a dad. The original Dadavist. We jokingly made him some Dadavist stickers for his daughter Olive’s pushbike and helmet three years back, prompting the inside joke. He now is the father of two wonderful kids, keeping his schedule very busy, but he still gets out on short rides from his shop on his Hunter Cycles All Road.

Back in their shop, Garrett and Vince have a catalog of templates for various van model windows. The way their process works is a customer places an order for window shades. They pick the inside color they’d like and let Strawfoot know their van or vehicle make and model. Usually, they have the window templates on file but if they don’t Garrett crowdsources the model from his friends in Santa Cruz. Usually, there’s a local vehicle he can trace to make the templates. 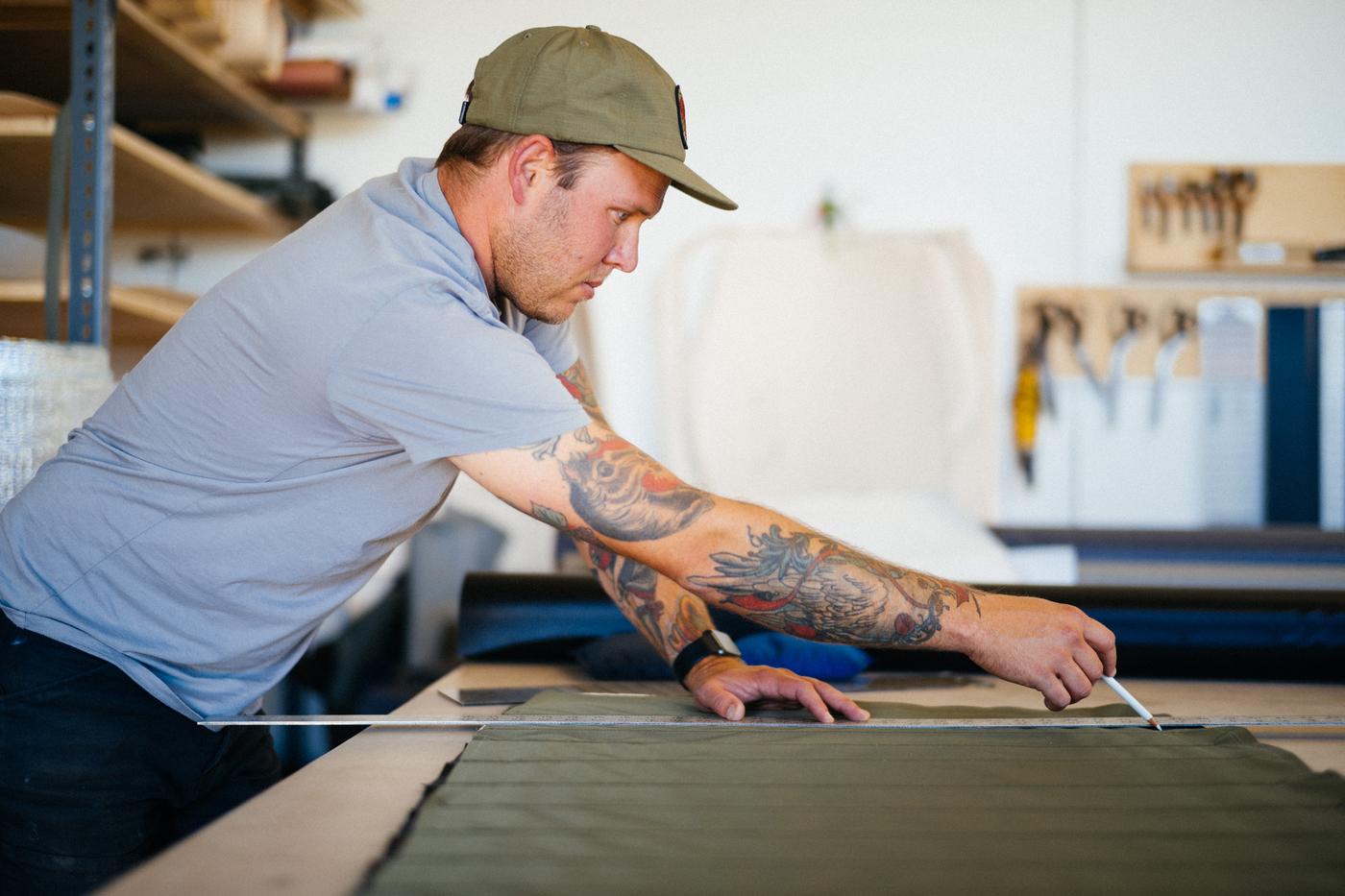 We’ve wanted shades for our dog, Max, when we leave him in the car – in the shade mind you – if we stop somewhere that won’t allow dogs. Usually, we put up the windshield shade and close a towel over the windows. That won’t cut it. With Strawfoot’s shade, a layer of Thinsulate keeps the car much cooler and contrary to intuition, the black fabric facing out doesn’t make the car super hot. Thinsulate is such a great insulator, any color can be facing out and the black fabric makes for a more stealthy enclosure for urban van sleeping. We’re lucky and the deep doors allow for magnetic attachment of the shades. Other vehicles might need suction cups. 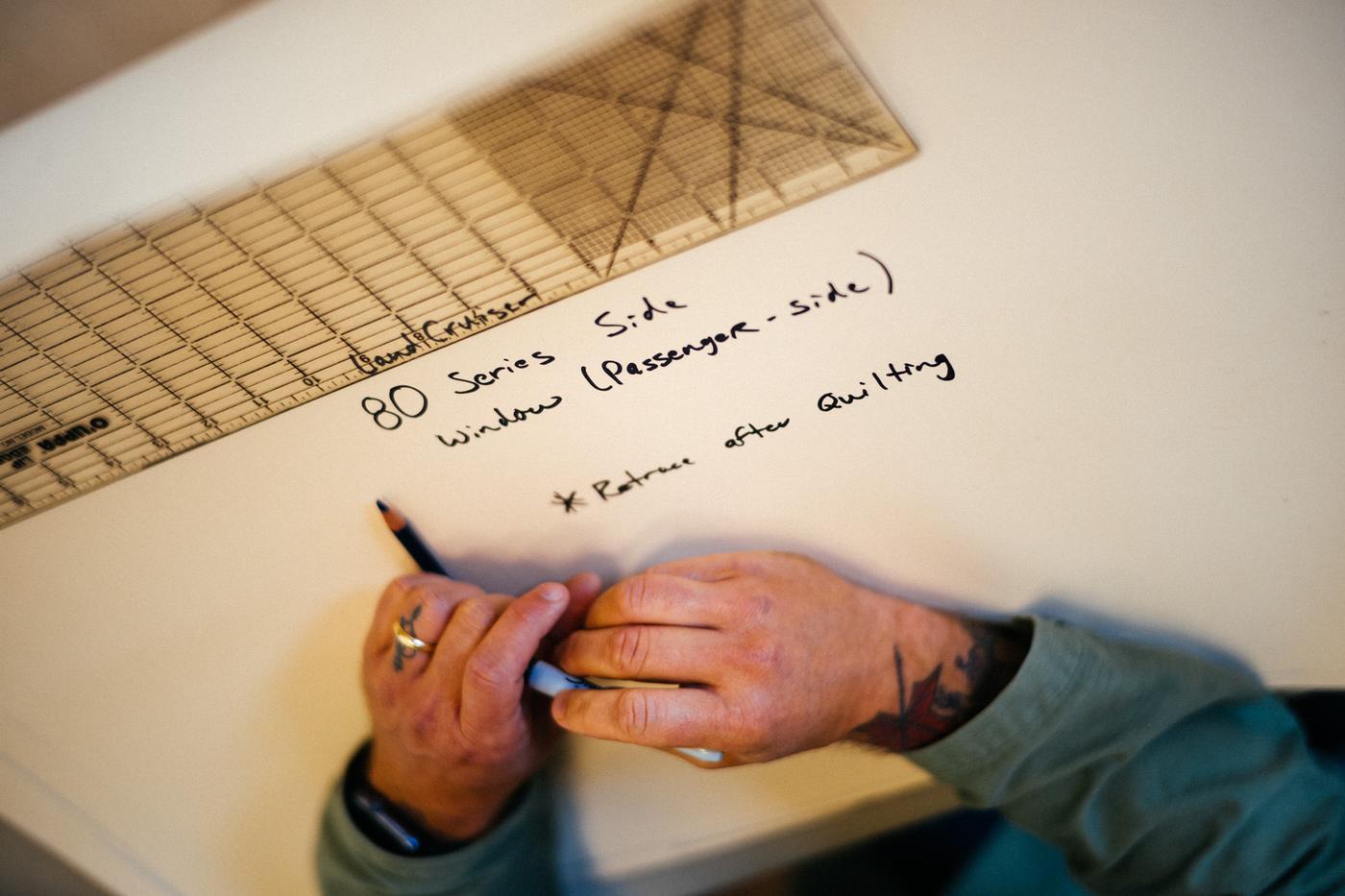 Garrett traced my Cruiser’s windows and had my shades done by the end of my stay but don’t expect that to be the normal experience. Typically he’s a few weeks out with a packed queue. Honestly, I didn’t expect to walk away with shades, rather just a spot in the queue! 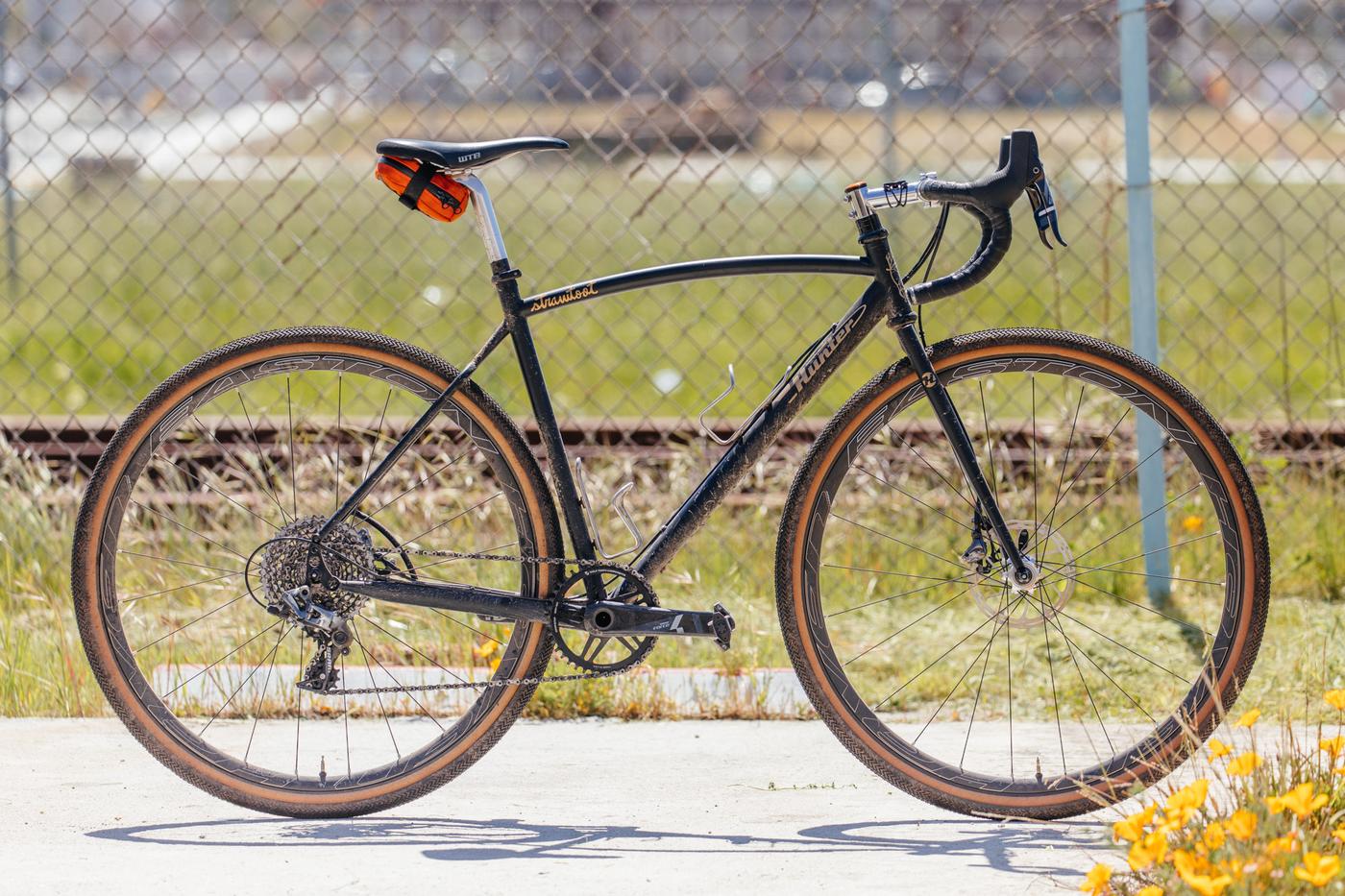 While he was working on my shades, I shot photos of his Hunter Cycles All Road, which was featured here back in 2016, but our deleted image bucket meant the photos were gone forever…

If you’d like some shades for your van or vehicle, holler at Strawfoot Handmade on Instagram or email Garret and Vince.