Mert Lawwil had already been a legendary motorcycle racer for years and was building and selling Harley Davidson flat-track racing frames with Terry Knight when they got the idea to weld up a batch of BMX bicycle frames. But Don Koski of the Cove Bicycle Shop in Tiburon, California (hangout spot of mountain biking progenitors, The Larkspur Canyon Gang), convinced them to make a production run of “mountain bikes” in batches of 50 at a time instead. Mert and Terry had to label and sell these bikes as “cruisers” because most other bicycle shops didn’t understand or want to sell “mountain bikes”…yet. While the ex-roadies in Fairfax were converting pre-war balloon tire bikes to ride dirt, Mert and Terry instead approached the concept with lessons learned from BMX and dirt-motorcycles, and you can definitely see those influences on this design. It’s fun to see some of the technology on this bike that was well ahead of its time, like the “1-by” drivetrain, hub-mounted brakes, four-bolt handlebar stem, and extra-wide bars. 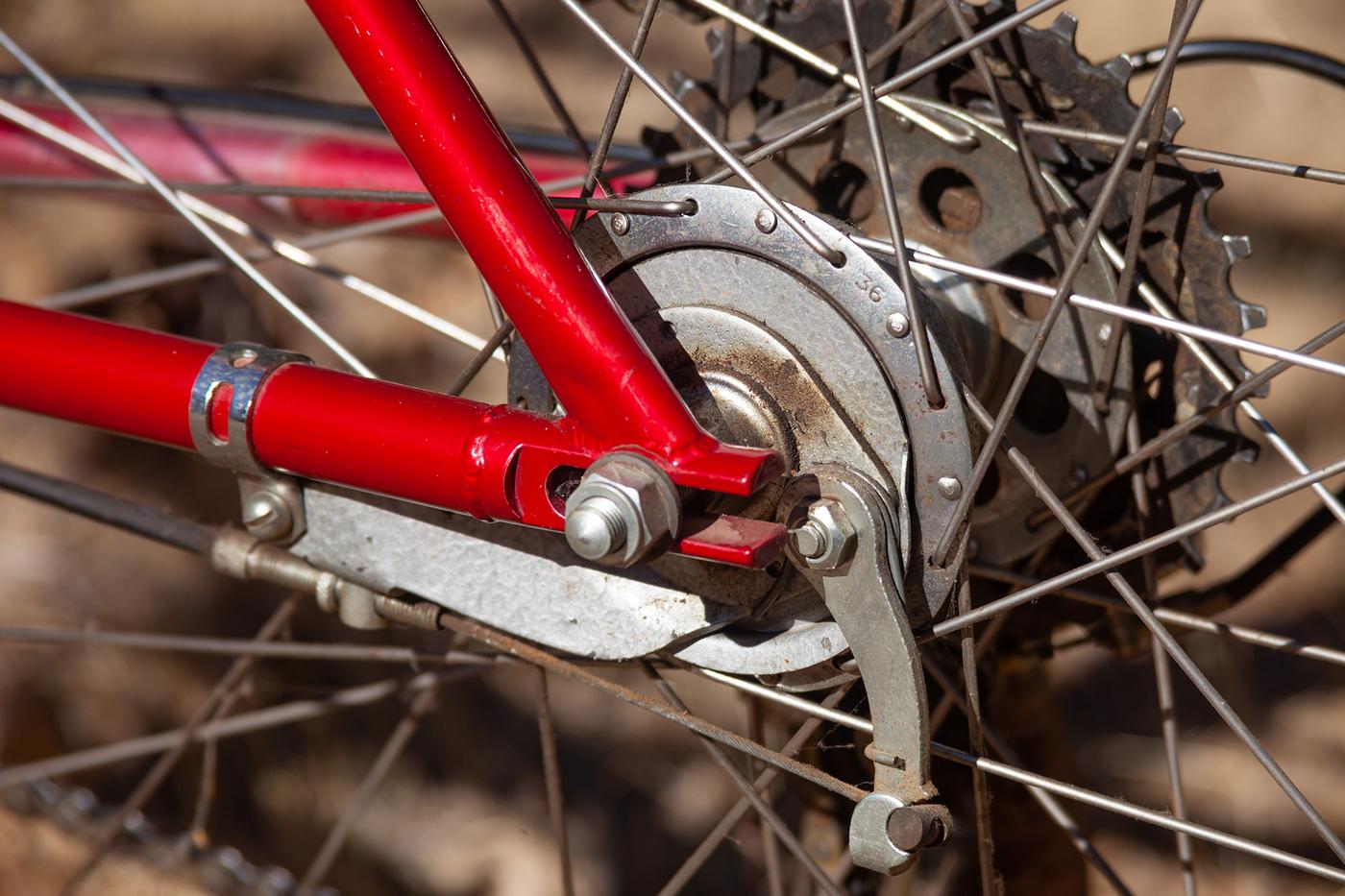 Only around 600 of these bikes were made total, an “A Series” with caliper rim brakes, and a “B Series” (this bike) with drum brakes. Both styles were discontinued in 1982 because Mert wanted to return his focus to racing flat-track motorcycles. This particular bike was purchased from a small batch sold by San Francisco machinist Sandy Kosman. It’s just too pristine a piece of mountain biking history to ride now, so it’s currently on display in Quincy frame-builder Cameron Falconer’s living room, where I stare at it over coffee when I’m visiting. He says he’ll sell it to the right museum or collector at the right price one day, which it deserves as it is an important piece of mountain biking’s early history. Mert Lawill went on to create many bicycle suspension designs over the years for Gary Fisher, Yeti, Schwinn, and others and was inducted into the Mountain Bike Hall of Fame in 1997.