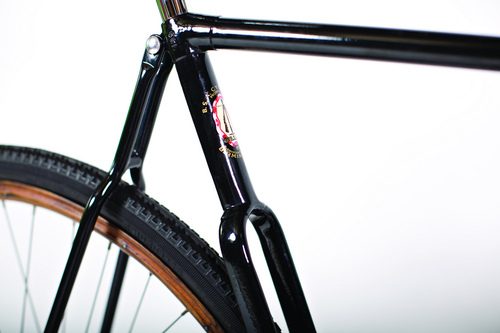 People often forget the ingenuity of early frame builders. Take this BSA (Birmingham Small Arms) Shortbase Speedy for instance. Pathracers were predominately British-built bicycles used in track and grass track races. They’re characterized by a longer, stable wheelbase and the forks usually had a double or triple crown to dampen the rough-ride to and on the track.

These were track bikes in the earliest form; bikes used to race. They were still ridden on the streets; racers would ride their bikes to the track to race. Sometimes with a single caliper on the front wheel attached to the bars with a toe strap; that was about as minimal of a brake as would pass by law.

BSA produced frames and components from the 1930’s through the mid 50’s. Eventually, in 1957, the subsidiary business BSA Bicycles Ltd, was sold to Raleigh. For 20 years though, BSA innovated the world of bicycle design.

The thing that’s so neat about this BSA Shortbase Speedy is, as the name implies, the short wheelbase. 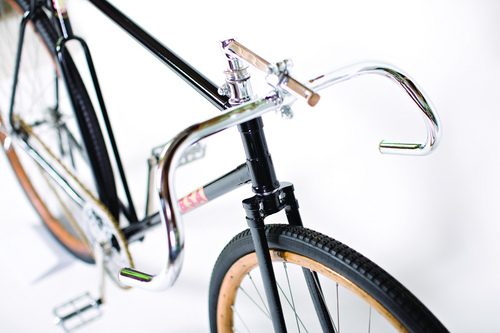 When it came to building frames, BSA often experimented with various designs (which led them to produce motorcycles eventually). This particular bike kept the very slack (think stability on bumpy tracks) head tube and shortened the wheelbase by tucking the rear wheel as close as possible to the bottom bracket shell through a wishbone seat tube.

The bars had a wider flat spot for stability and the bike would be on larger tires. 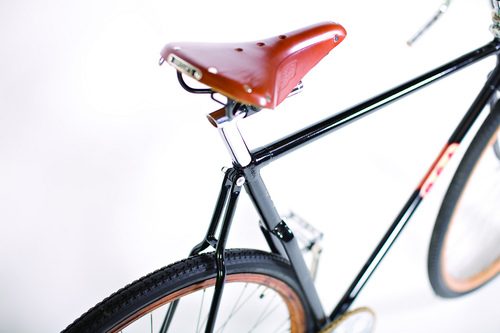 To steepen the effective seat tube angle, the BSA seatpost had an extension to which the saddle mounted to, putting the racer more forward over the bike’s front end. Coupled with the slack and stable heat tube angle, this bike would destroy a grass track. Shorter wheelbase equals more direct power. 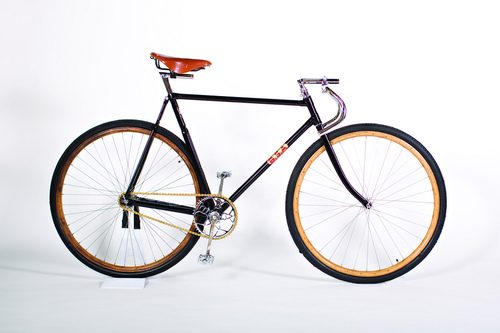 This is the end result. One sexy path racer by Birmingham Small Arms. Bishops Cycles recently restored this beauty to its original state, complete with all period correct componentry.