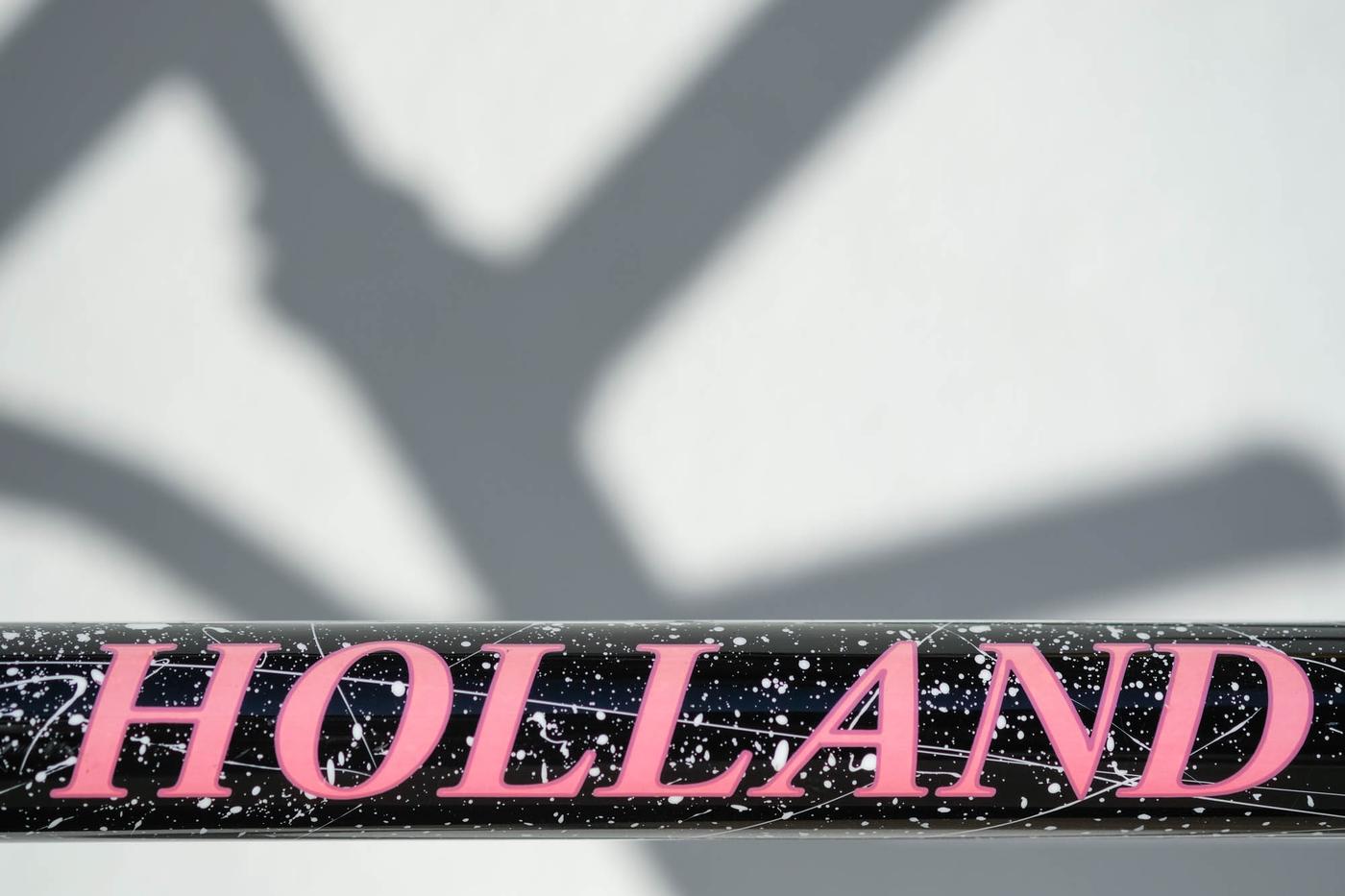 The story of Pucci and this bike begins in his infancy at JB’s. About 6 months into his employment there, James Berry and old employee of Bill Holland brought this Track Bike in for Joe Bell to sell at the San Diego Velodrome Swap Meet. Pucci fell in love with that Two-Tone splatter paint instantly and wasn’t about to let that bike slip through his hands and I’m quite happy this all went down the way it did, because this bike needed some serious tender loving care. 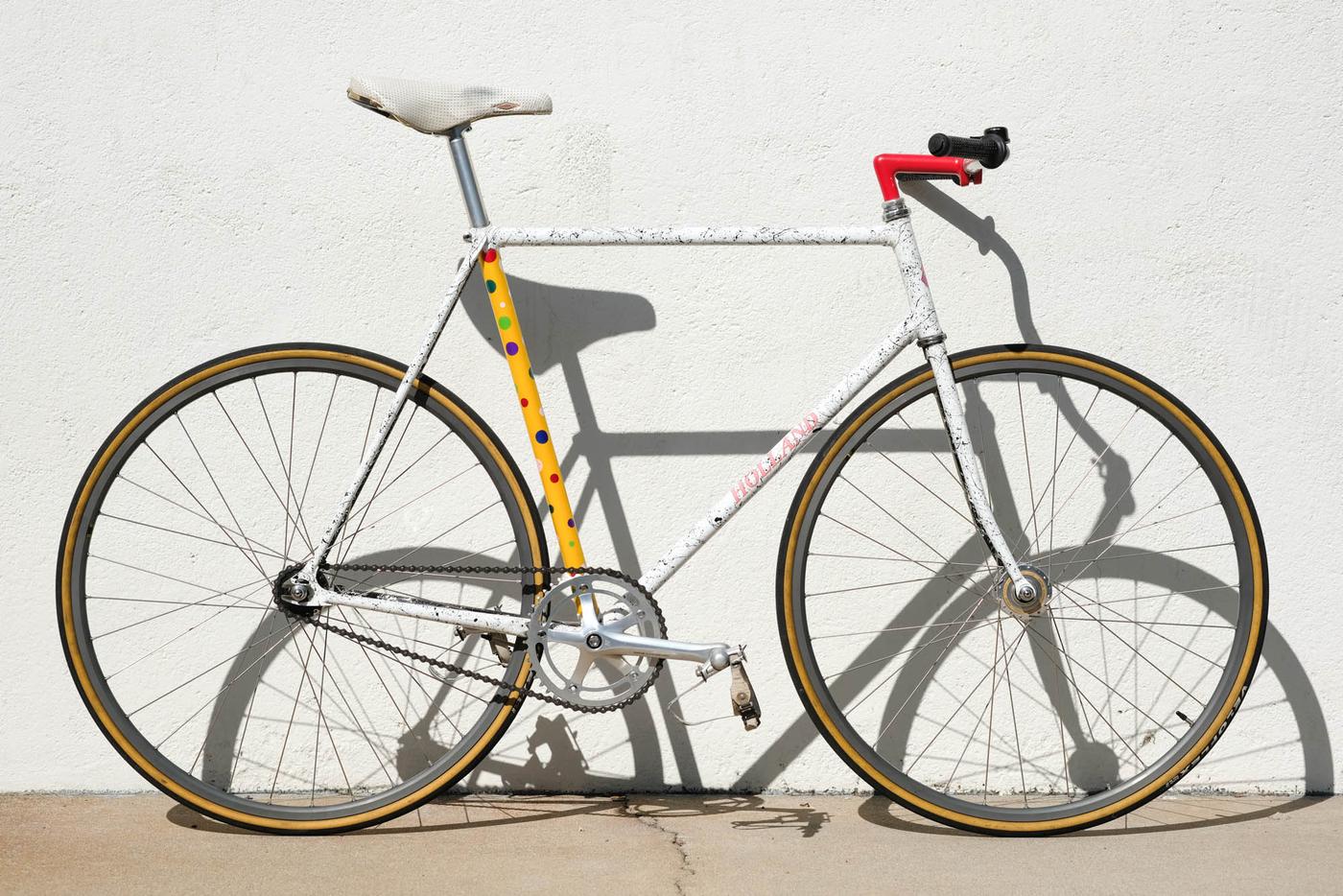 When Pucci got this bike from James Berry, the seat tube had been rattle-canned matte black, he asked James what was under the spray paint and he said, “There was something really obnoxious on the seat tube. I can’t remember what Brian did, but I got sick of looking at it so I just painted it black.” Very few would have had the patience to chip away at that spray paint, revealing one of the coolest parts of this bike’s paint. A yellow seat tube with beautiful rainbow polka-dots all over it. Pucci also said that James mentioned Baylis was smoking a lot when he painted this bike. He wasn’t sure what he was smoking, but it had to have been good! 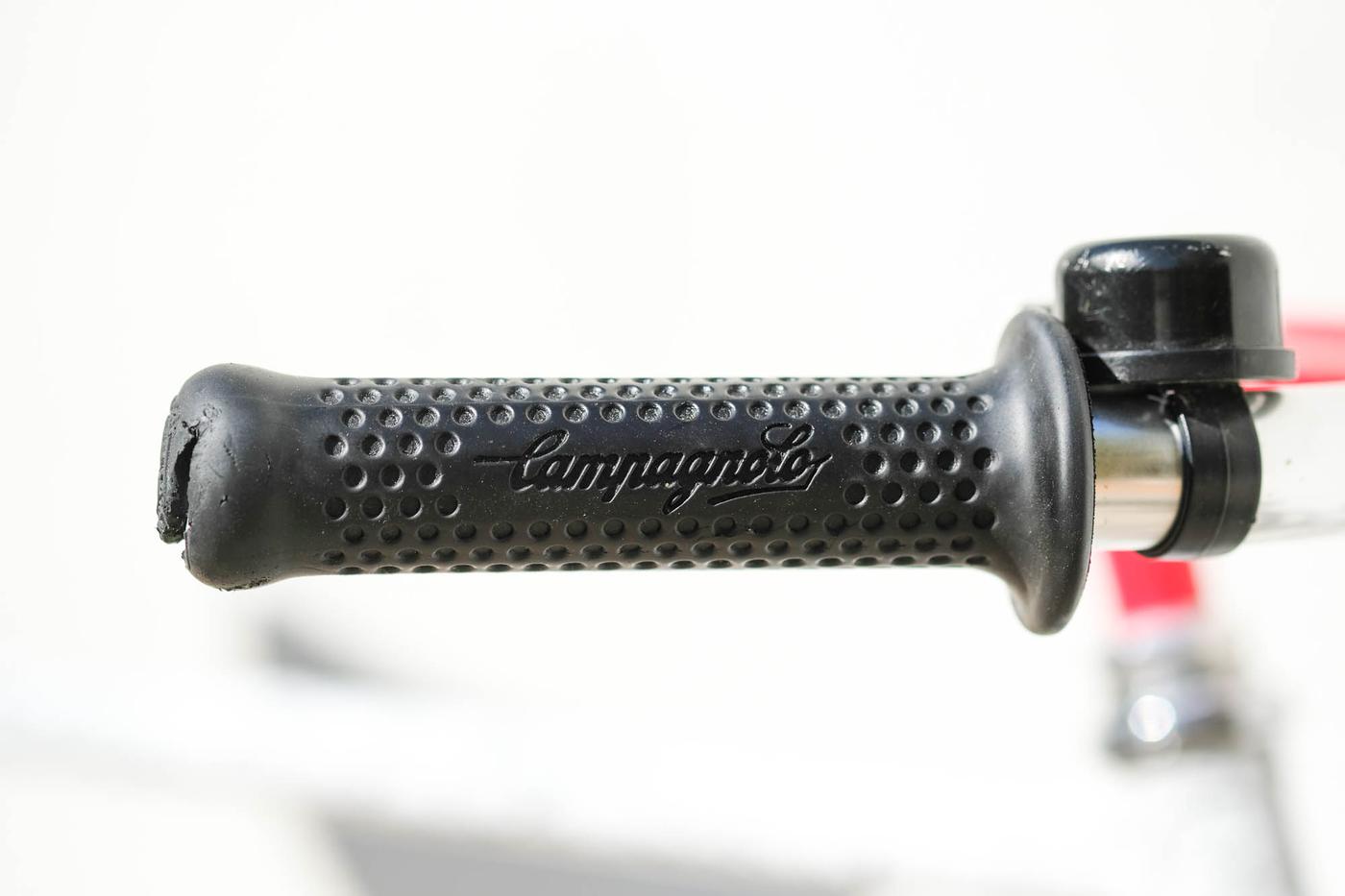 This bike was raced on the San Diego Velodrome until Pucci got over turning left and now it’s built up as a townie with everything coming from Joe Bell’s take-off bin. That stem, those grips, holy shit!