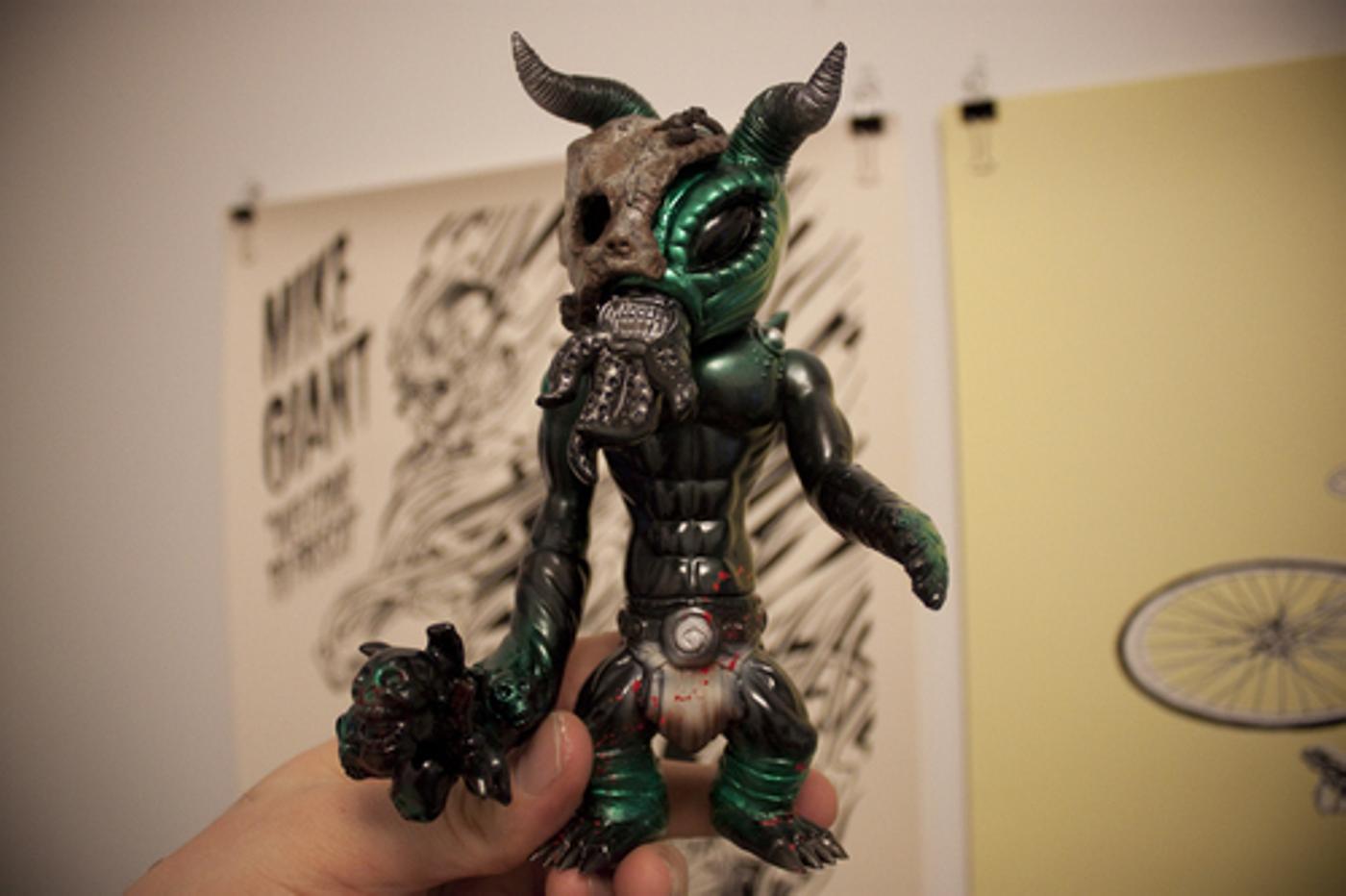 Hanging around bike geeks will get a non-cyclist riding a bike. Hanging around metal nerds will get a pop-punk into metal and hanging around Kaiju nerds, well, got me into Kaiju. The past few times I was in Japan, I was hanging around the Mishka guys and Lamour Supreme. I really found a special love for the figurines sculpted and painted by an artist called BLObPUS. I found it ridiculous at first to spend real money on a vinyl figurine, but weeks later I found myself really admiring his work. After buying a few pieces in Tokyo I returned to the states to find it nearly impossible to get a deal on any Kaiju. Literally everything had a 200% mark up; so I limit myself to purchases in Japan and stay away from the eBay pricing.

If you’re into this kind of stuff, read on below. 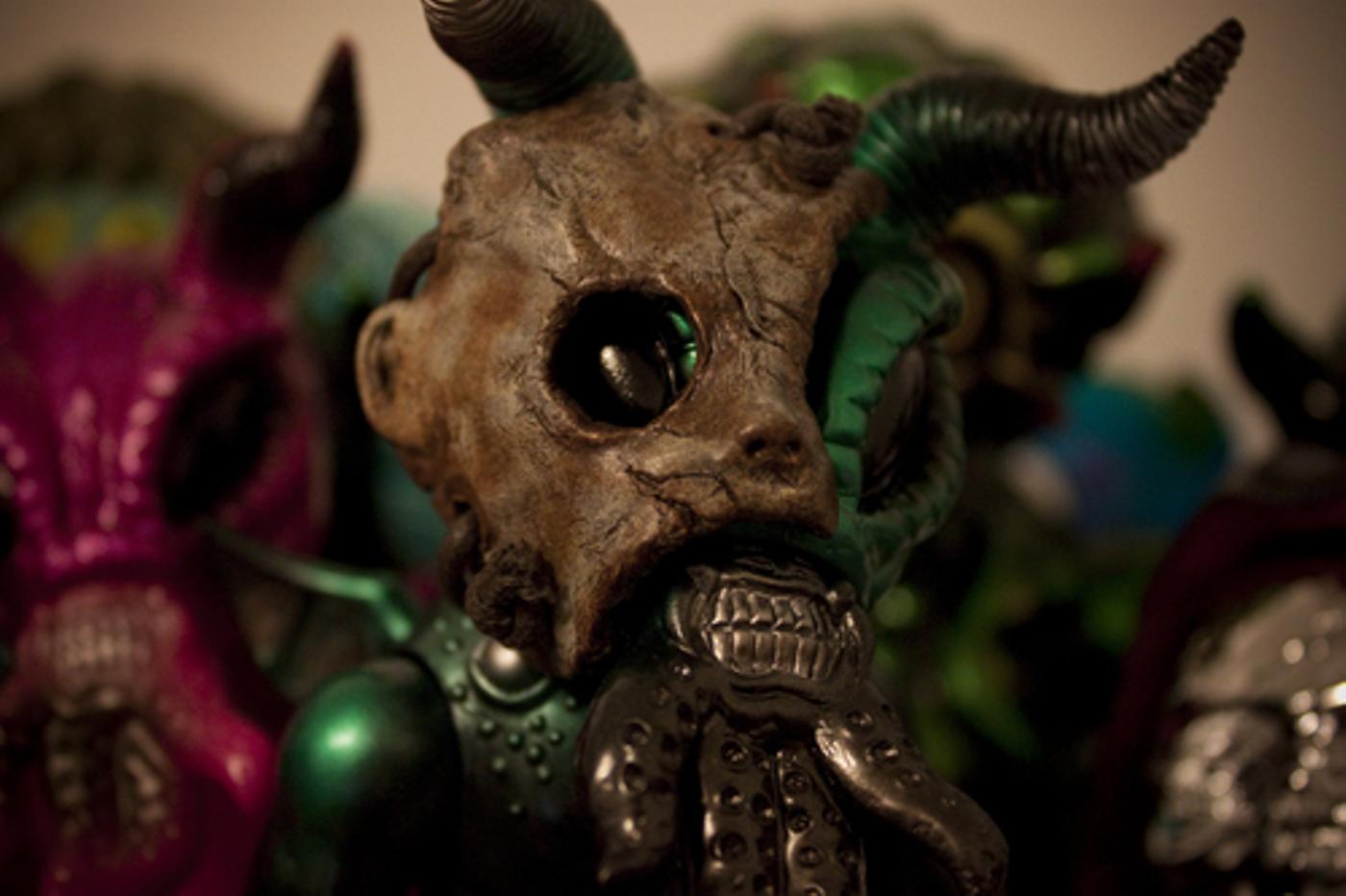 When we were there for the Mishka Harajuku opening, I got the chance to meet a bunch of the Tokyo Kaiju artists; some of which I’ll be setting up interviews with in the near future. In between riding my bike around, I went to a few Kaiju events and toy stores. One of those stores was Mandarake, a massive toy and comic book store. Think Walmart for nerds. After picking up a Zagoran and a Hydrous Dokugan, I had reached my budget for the trip; you really have to set limits on spending in Tokyo. Shit adds up!

Mike from Mishka spotted this Blobpus Diablo with a bone mask and asked it I liked it. Truthfully, I did but didn’t want to spend that kind of money on it. I looked at it, thought about and decided to just leave! Lamour Supreme and I had a bus to catch to the airport, so we headed back to Shubuya. I guess Mike and Greg bought it for me after we left because yesterday, they gave it to me as a gift and a thank you for working on their store and putting up with their constant banter-attacks.

It may be a hunk of vinyl to you guys, but it’s definitely a unique hunk of vinyl! Thanks to Mike and Greg for feeding the fire.