One of Liz and my stops along the great American Bike Shop Tour of 2017 was Bedrock Bags in Durango, Colorado. A larger than life operation, in a very small space, boasting that they “make the best bikepacking gear on the market.” And when I mean small…I mean small, at first I had no clue how everyone worked in this small space at the same time, but as Joey Ernst, one of the owners, and Tae Hillyer, the production manager, and I chatted about the business I began to understand. This space had been thought out in the same tailored, tight, and clean aesthetic as all of their bags. Just like you don’t want your knees rubbing your framebag, everyone at Bedrock Bags had created a very workable space with no elbow rubbing in a very small, but very efficient corridor.

So you know your knees aren’t going to be rubbing one of their framebags. 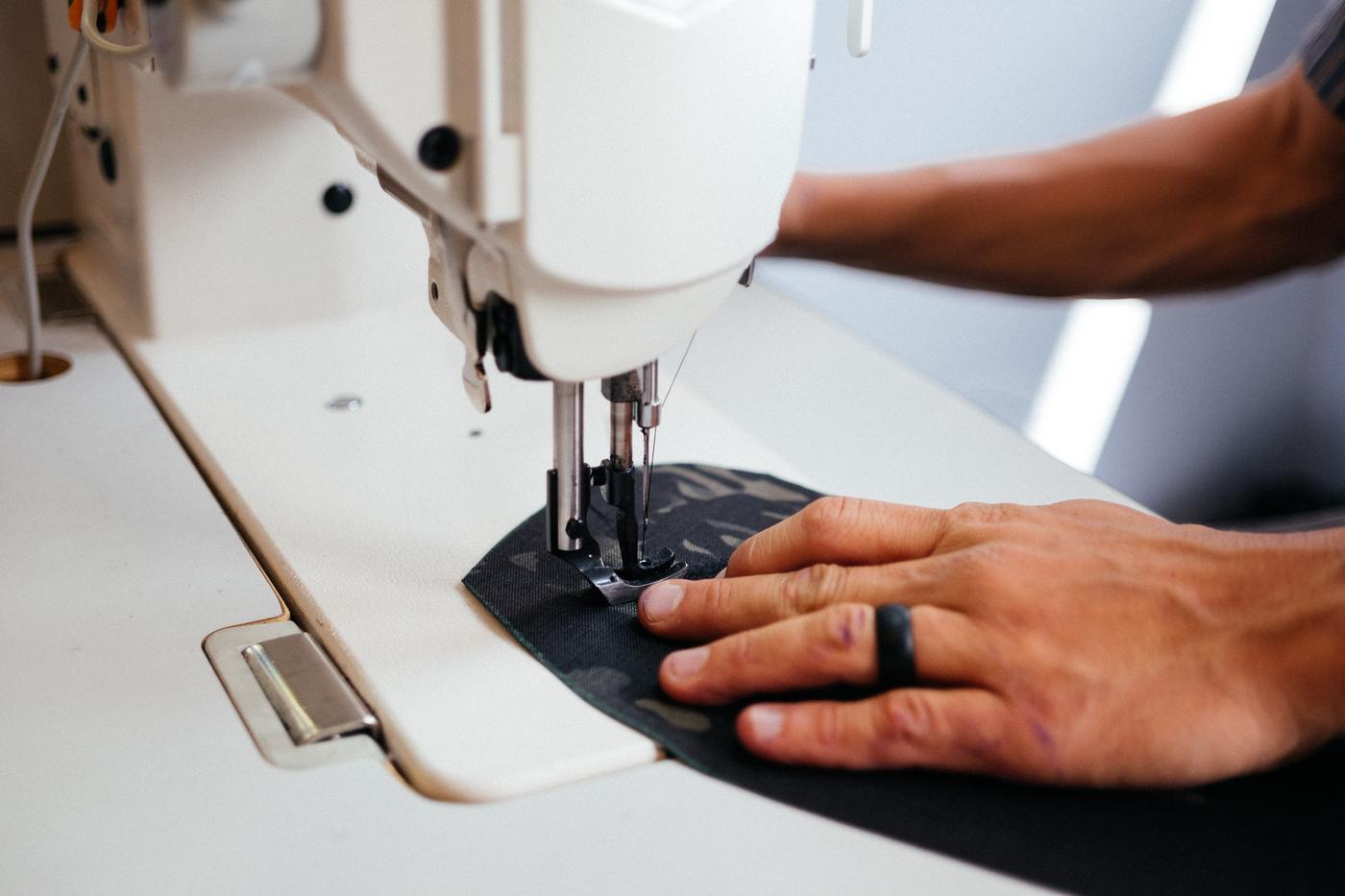 As afternoon became evening, Tae wrapped up a few things before leaving for the day, but Joey stuck around. We chatted a bit about life, Indiana, Ezra Caldwell, photography, Bedrock Sandals, and many more things I won’t bore you with here. The natural light in the space began to dim and the light became very warm. I’m not sure if it was Joey telling me he was from the same beautiful state I was born and raised in or if it was the act of sitting in this space for hours just watching the sun slowly disappear, talking about everything. It reminded me of countless Indiana summer days that my father and I would just be hanging out in the driveway or garage just talking and waiting for the lightning bugs to tell us that it was time to go inside. There were no lightning bugs, but there was good company and great conversation, and that alone makes me want to support this outfit.

From our 2017 NAHBS Coverage: Meriwether Hardtail with Bedrock Bags

So the next time you’re thinking about bikepacking gear, and you want something as well thought out as an origami rose, maybe give Bedrock Bags a shout!