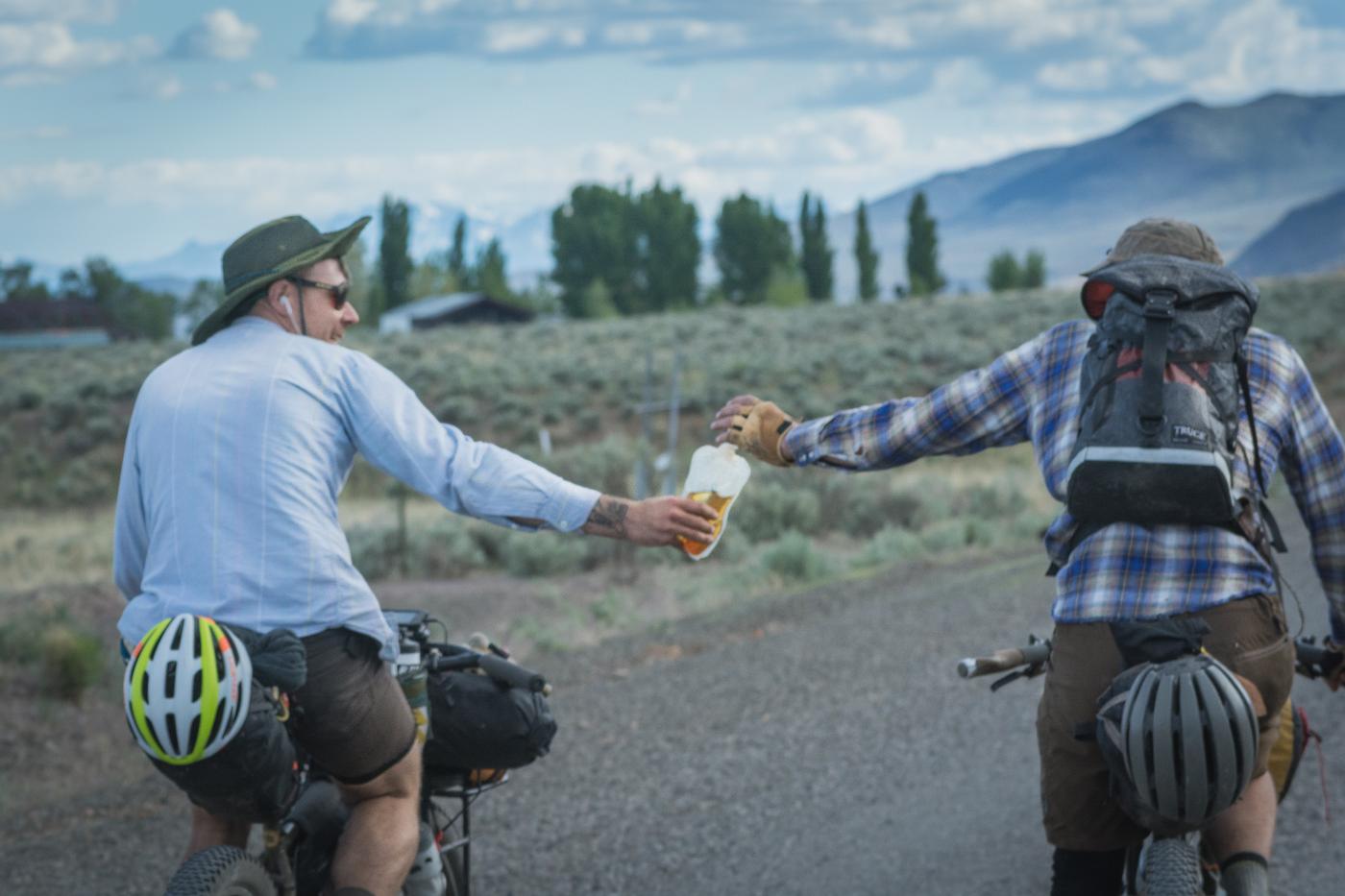 Joining me on their first foray into this corner of the state were two longtime friends: Kevin Purcell of River City Bicycles and Kyle Heddy from Treading Light Photography. They met turning wrenches together at High Gear Sports in northern Michigan, where I was unwittingly taking my first offroad pedal strokes just a few counties over. We took a break from the wisecracks of the long drive and afforded ourselves some time to breathe in the emptiness and mellow pace. We set up camp well before dusk, and bullshitted late into the morning until a high sun forced us back onto the dusty doubletrack. We flirted with the caretaker of the hot springs and chatted up the locals curious about our fat-tired bicycles. We took naps—at least two a day. And the days slid on by, just like the perfectly-spaced cumulus clouds above us. The Trout Creek Mountains did not disappoint—high on their treeless slopes we found cougar tracks, sign of wild horses, deep snow, and zero other humans. 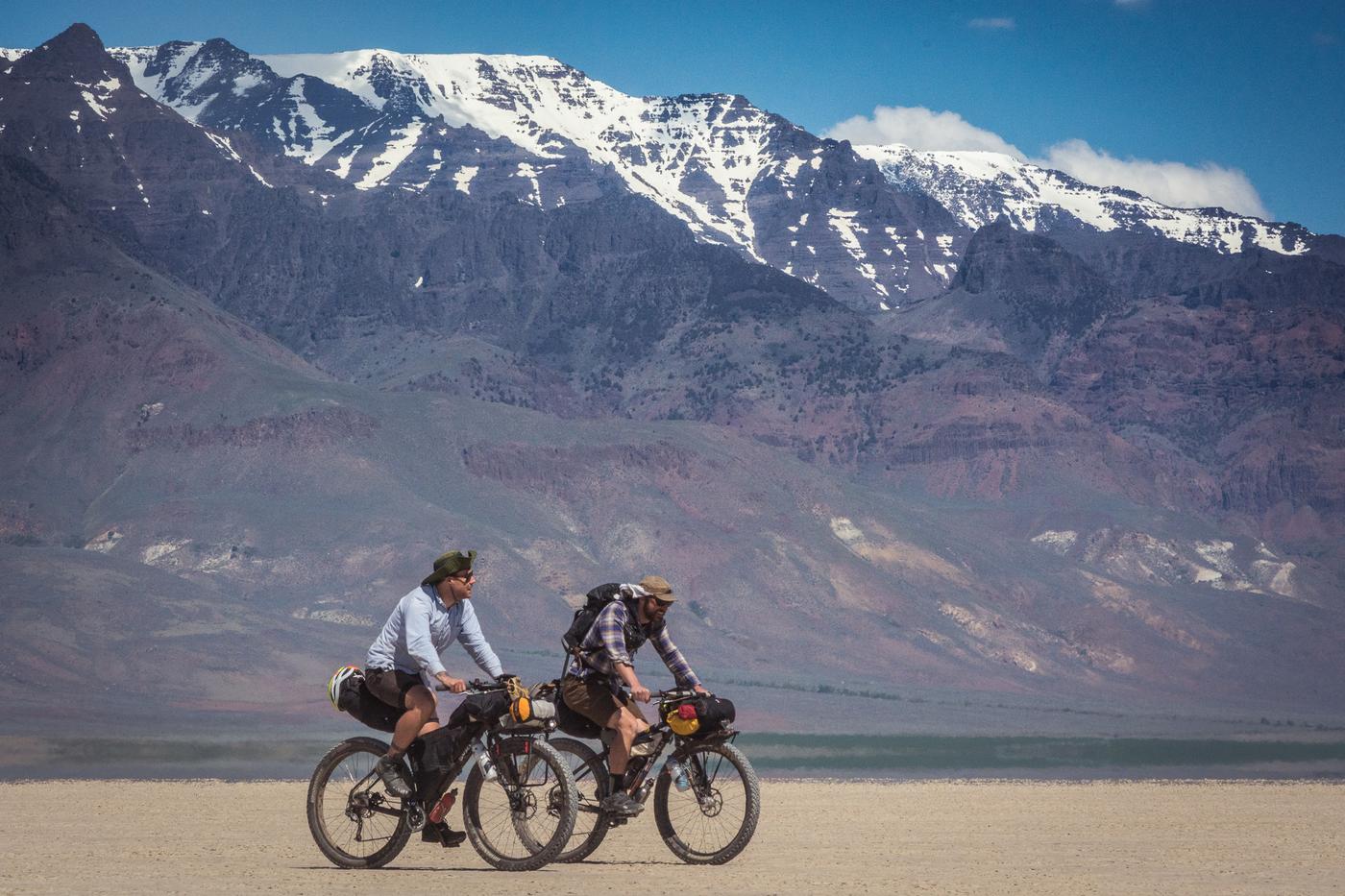 When we dipped our sunburnt legs into Nevada’s Virgin Valley hot springs our bourbon and luck ran out. Thunderheads formed in the distance cracking desert rock with jagged electric columns. The waitress at the Denio Cafe regaled us with stories of two bodies found in a local hot spring recently. Possible cause of death: lightning. We looked around and it became uncomfortably obvious how much taller we were than the sagebrush desert for miles in every direction. Not to mention knowing this playa dirt turns to instant immobilizing cement at the first drop of rain, and our remaining route covered a lot of rugged and remote dirt roads. A cold, heavy, suffocating rain began to fall.

So we swallowed our pride and thumbed a ride. Next year—a place this big isn’t going anywhere fast. Fourth time’s the charm, right? Stay tuned for a full route guide and review of Breadwinner’s new Goodwater. Follow along with the rest of our adventures at Limberlost.co.