“I love it when a plan comes together.” That catchphrase that Hannibal Smith used in the eighties sitcom, The A-Team, could perfectly be the motto that has guided my professional career. I’m used to organising shoot productions, managing large teams, and to the volatility of people when working together. In my personal life, I have only recently learned to enjoy changing a route, any last-minute changes, and the excitement of improvisation. Therefore since I am by now used to plans going awry, I’m also well versed in re-routing them. Hence everything that happened on this bike tour around Val d’Aran didn’t lead to frustration. 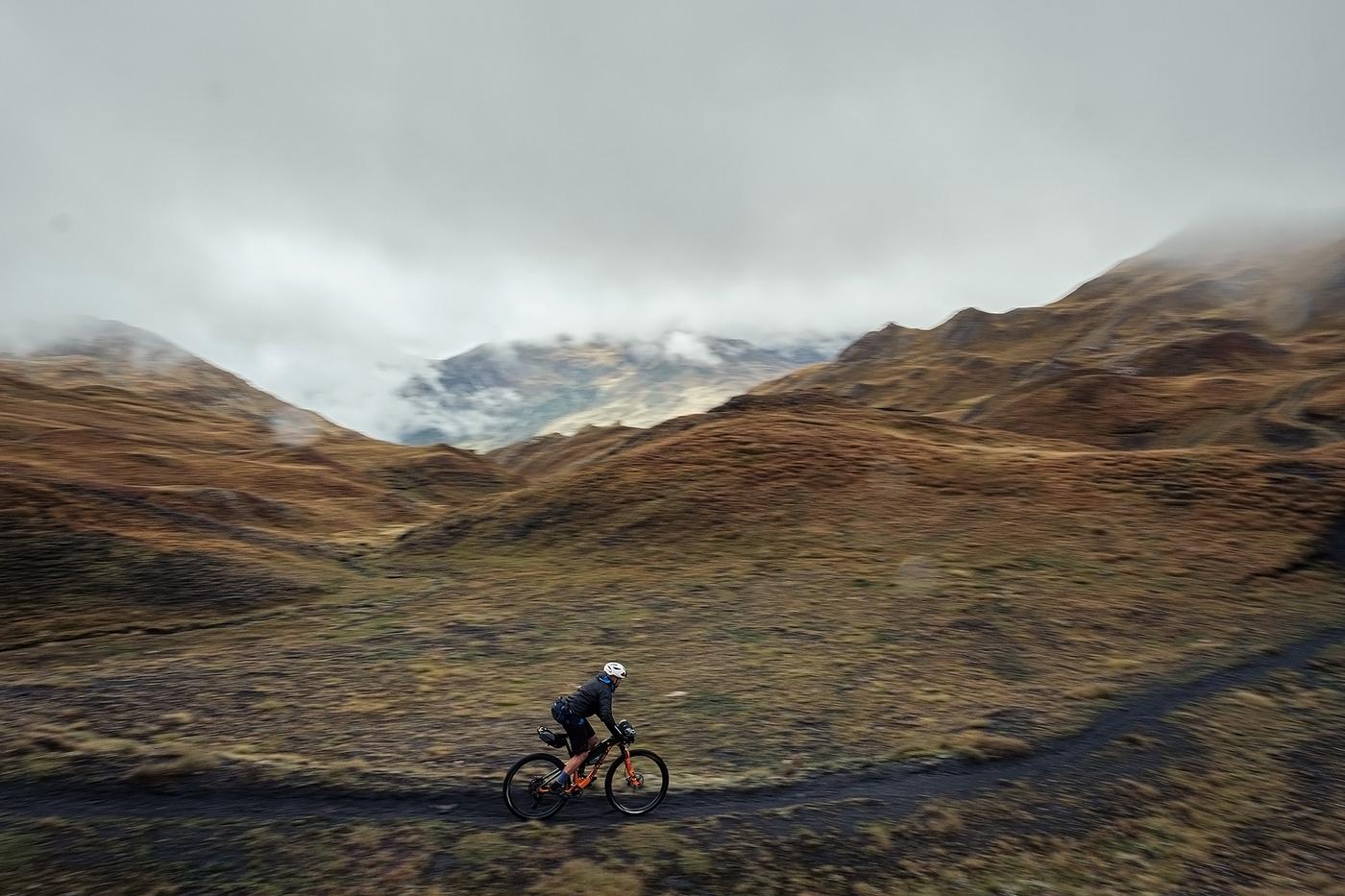 I suddenly had an idea. It came to me last spring during a foot hike to Maubèrme (2,880 m.) It has impressive views of Pico Posets, Aneto, Pica d’Estats, Monte Perdido and even Vignemale. Maubèrme is a Pyrenean balcony with privileged views of the highest peaks of the Pyrenees mountain range and the French l’Ariege. Would it be possible to arrive by mountain bike to the Port d’Urets and from there reach Maubérme by foot, to then descend by bicycle towards Estanh Long de Liat? I immediately called my bike mate Tomás, who was reluctant for a millisecond, but shortly after he called back to confirm he’s is in! And just like that, plans are now set to kickstart this excursion. 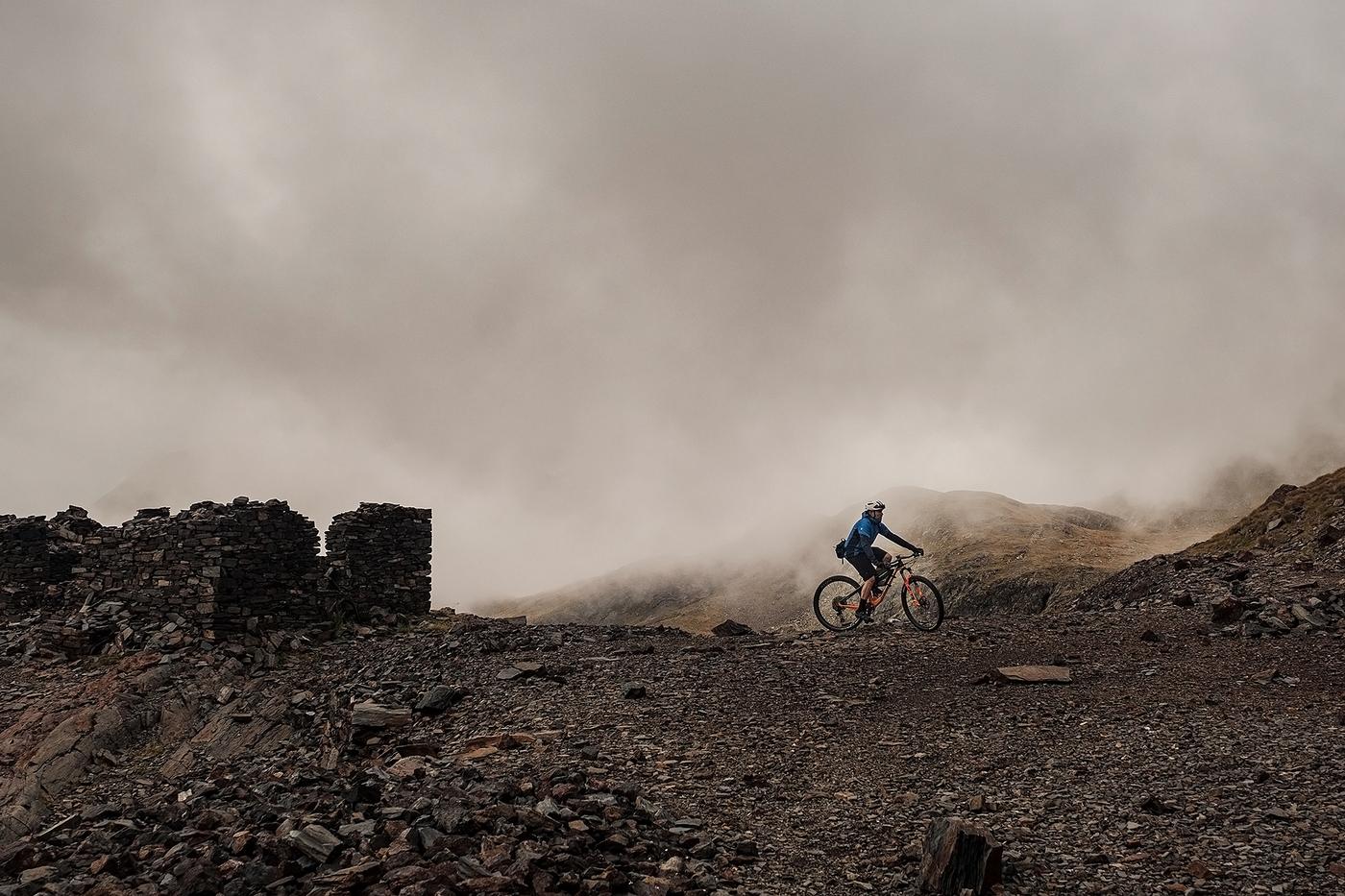 After leaving the hot summer months behind, we established a date for our adventure at the beginning of September, but some rains obscured the weather and prompted us to postpone our ascent. An inviting weather window showed up on September 19th, so we decided to head up. Everything was running smooth. 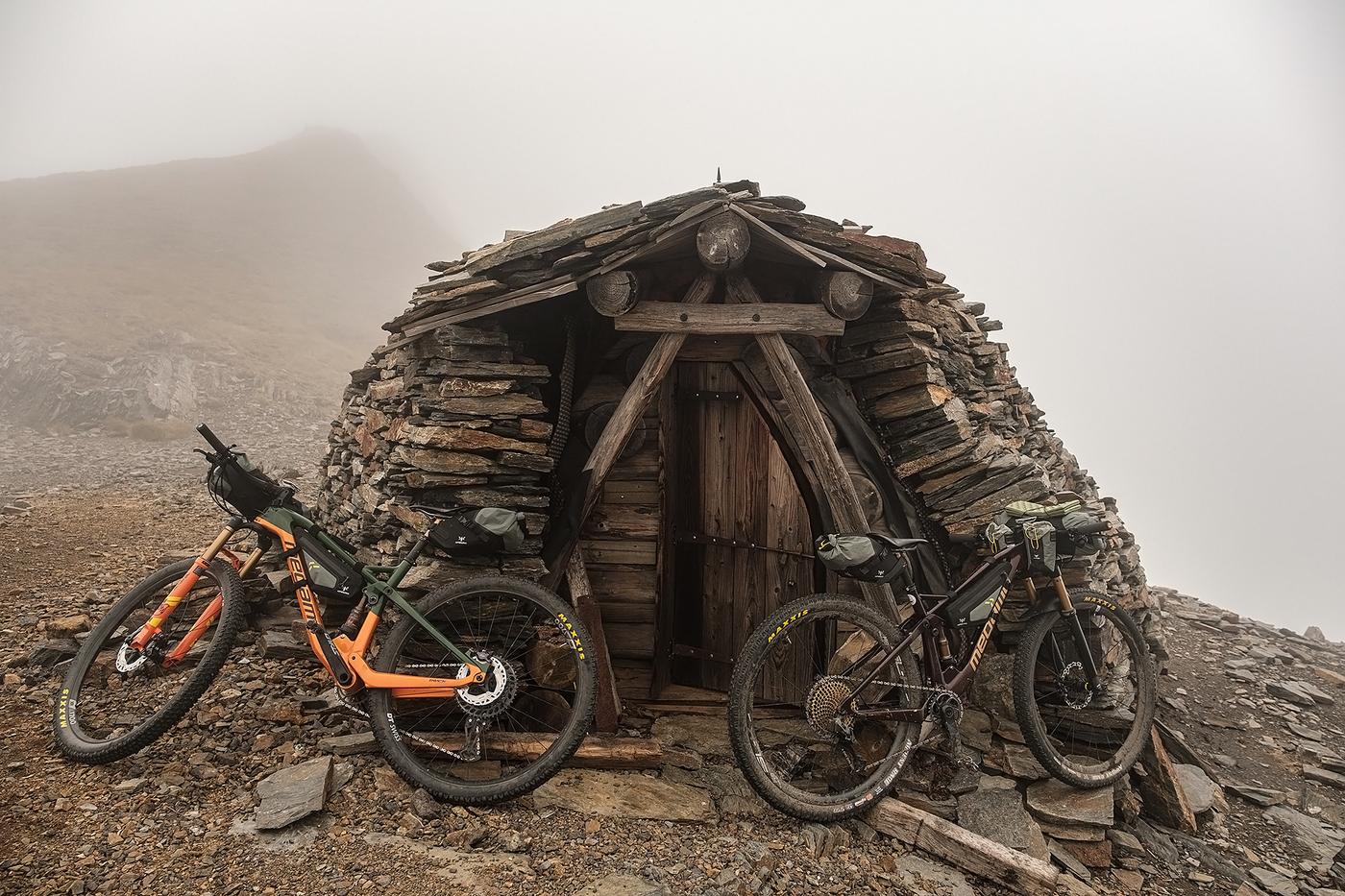 We checked brakes, loaded provisions, clothes, and gear, and we began pedaling at midmorning towards Bagergue town (Naut Aran) with the intention to arrive to Tuc der Òme (2,703m). What started as an easy accession through a forest track, became more complicated with rocky and uneven terrain, our only option was to push our bikes all the way up. The weather was excellent, the landscape around us stunning and there was nobody around, the combination of it all gave us strength to keep pushing the bike with no complaints. 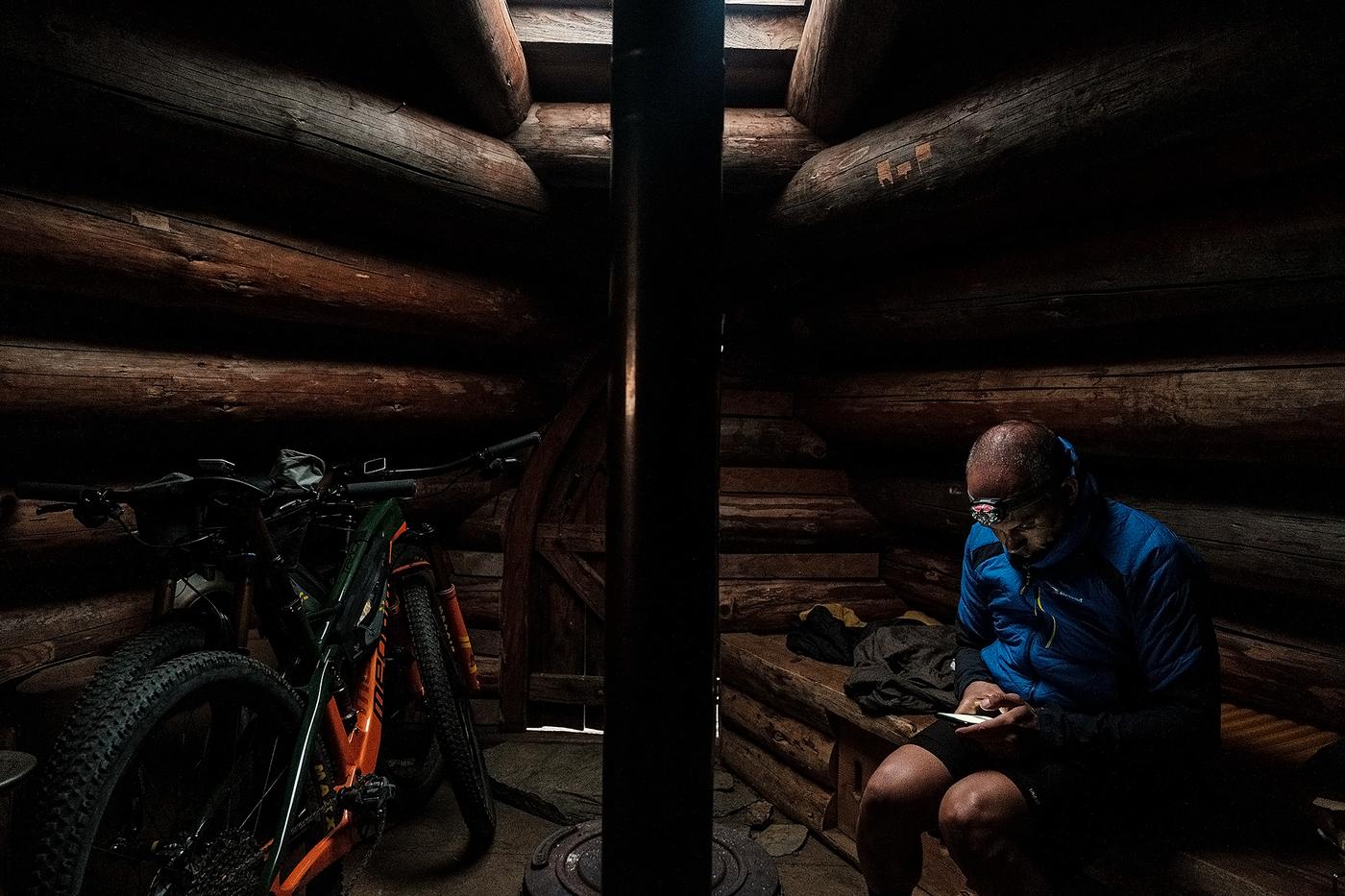 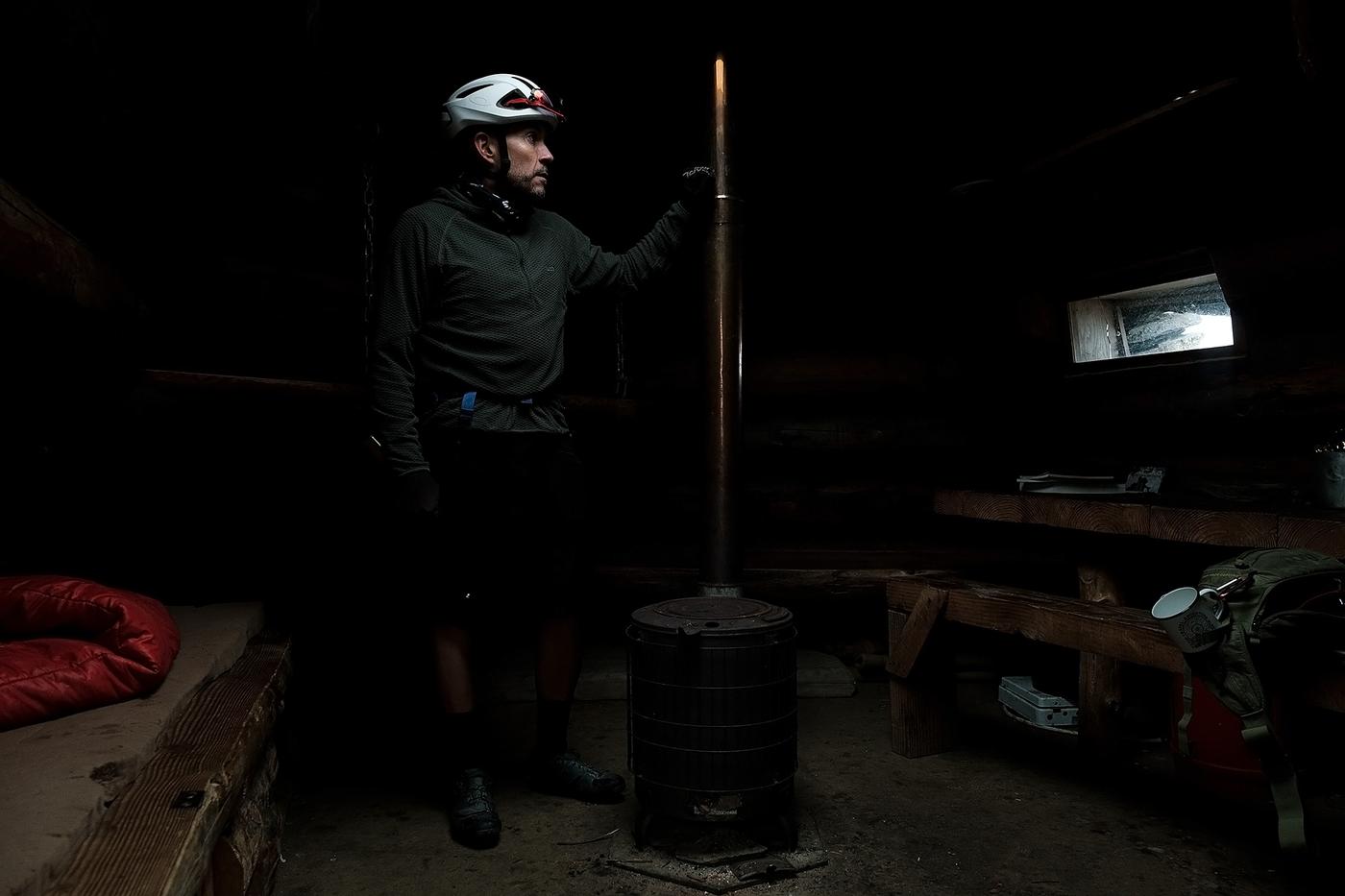 Right when got to the summit, the weather changed fast. Without a second thought, we initiated a technical descent down to Port d’Urets. A small refuge sheltered us for the night. We unpacked the bikes and payed a fast visit to the Mines de Liat (Liat mines), an old zinc, iron, and lead mine that started mining back in 1880. It’s a remote place of difficult access. It’s hard to imagine the work conditions and the logistic complexity involved in this mine that lasted until 1929, year in which its mining ceased. The night felt cold. After an early dinner, we got into our sleeping bags for a night of sleep. Outside the refuge, wind and rain were the protagonists during the early hours of the night. We drifted into a deeper sleep until early morning. We woke up to a layer of snow, the first one of the season. 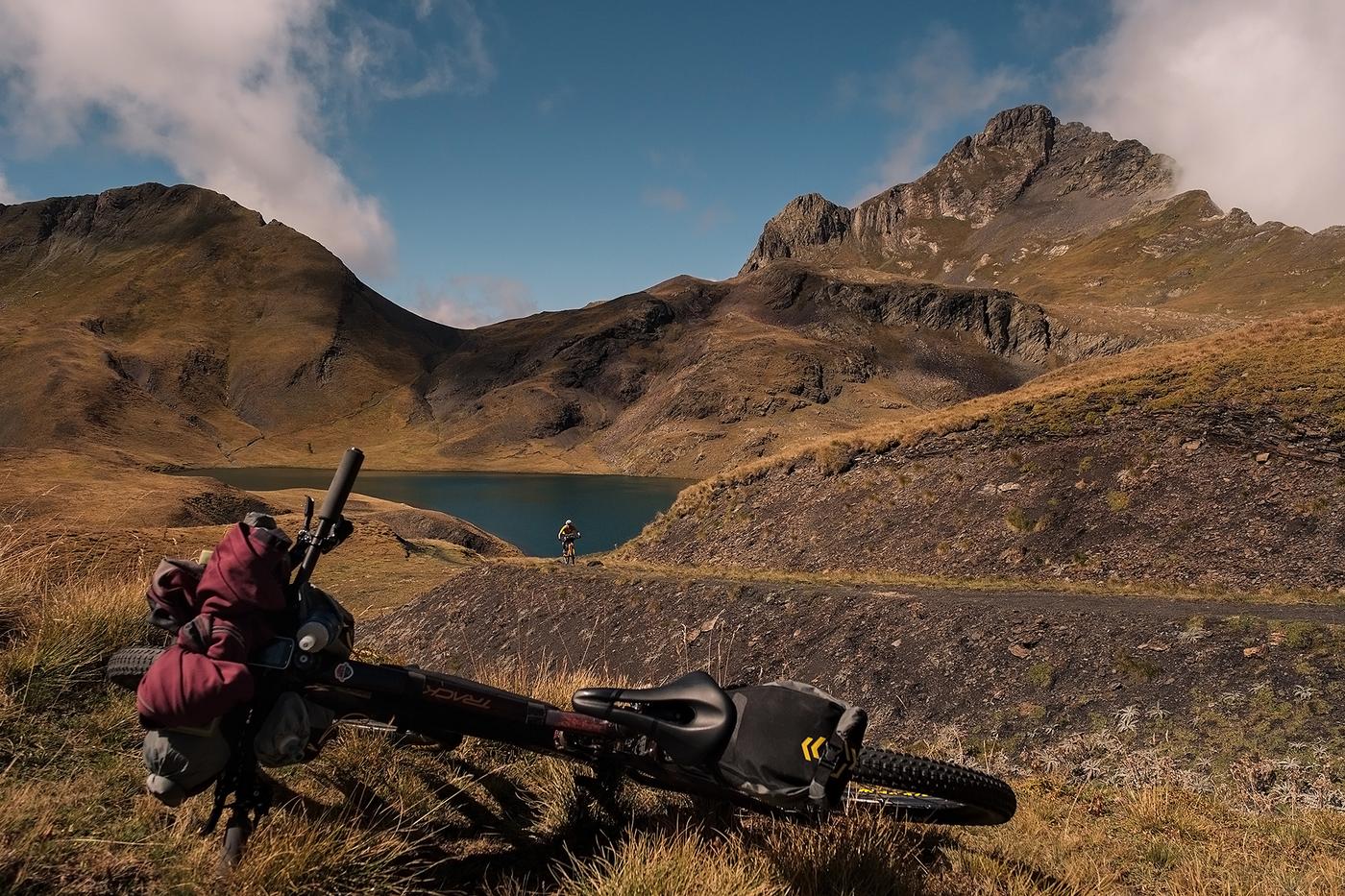 I couldn’t help but to have sarcastic thoughts remembering the positive window weather predictions. I can imagine the weather man at home on his static bicycle laughing at us. Getting up at high altitude to completely different weather conditions, was again a keen reminder of our smallness and the magnificence of nature and its own patterns. Although poetic, we were in need of an urgent change of plans! We discarded straight away from our original plan, the ascent to Maubérme. However, we hang around for a couple of hours, trying to be optimistic and picturing a change in weather that never arrived. I should have listened to Matias, I should have lit a candle to Saint Mikel Landa, the patron that looks after all lost cyclists. But, hopefully, I will remember to do it next time. 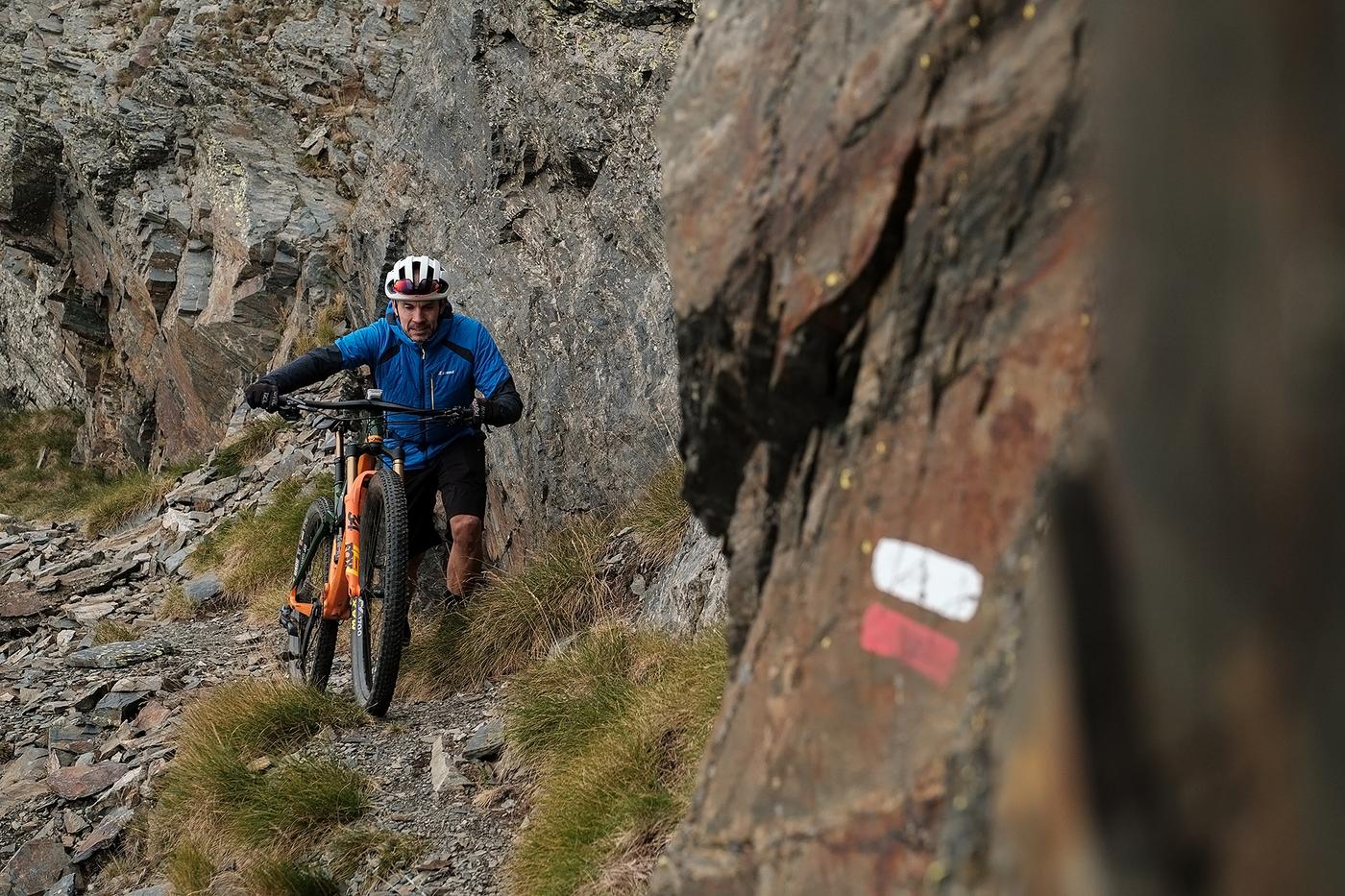 Fully convinced now that this time around, it was not possible to summit Maubèrme. We descended via Bagergue, through the fastest route and ignoring what was supposed to be a highlight on our way down, a path of 15 kilometres.

Giving up didn’t feel as bad. We agreed it was our best bet. 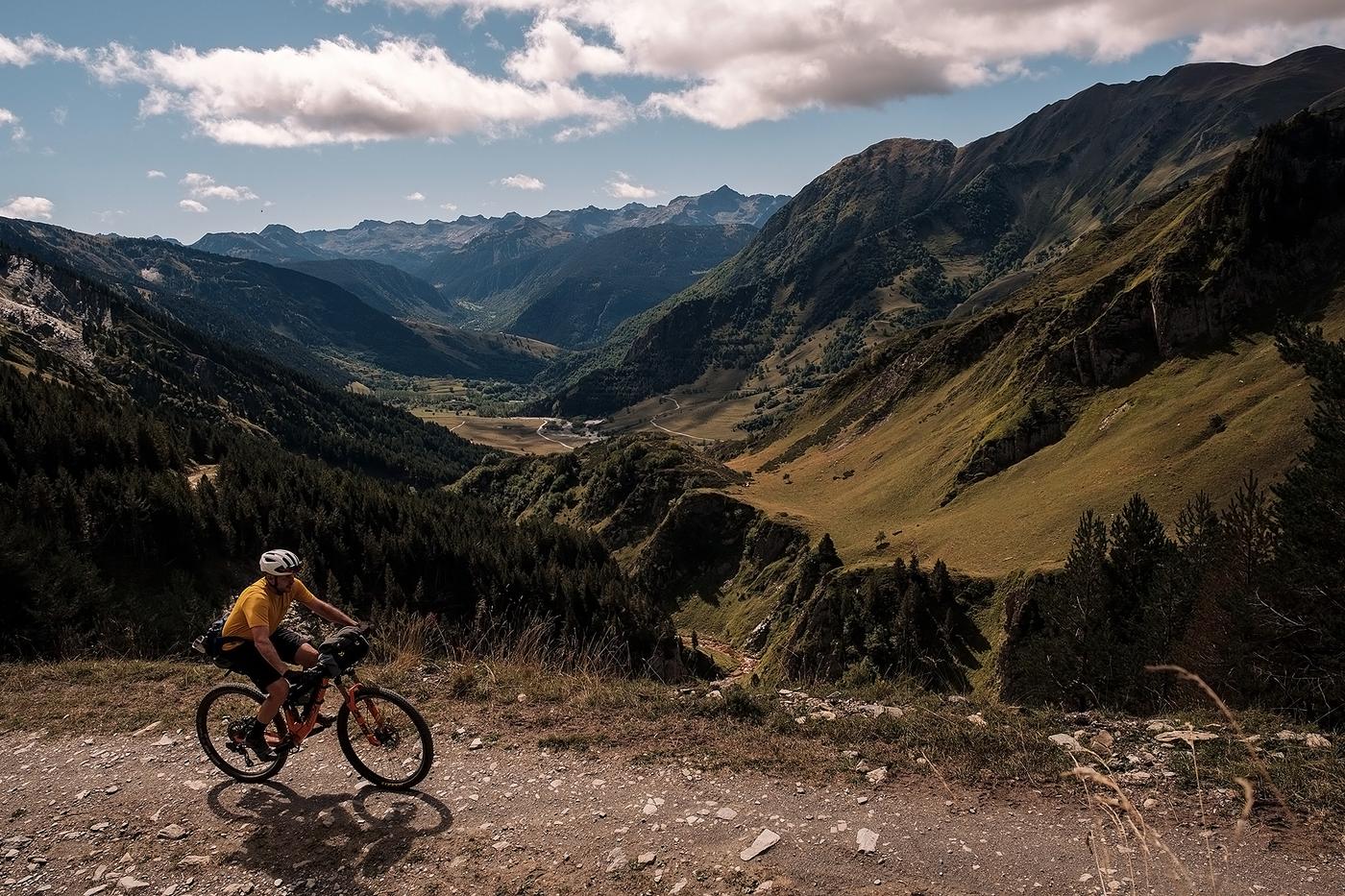 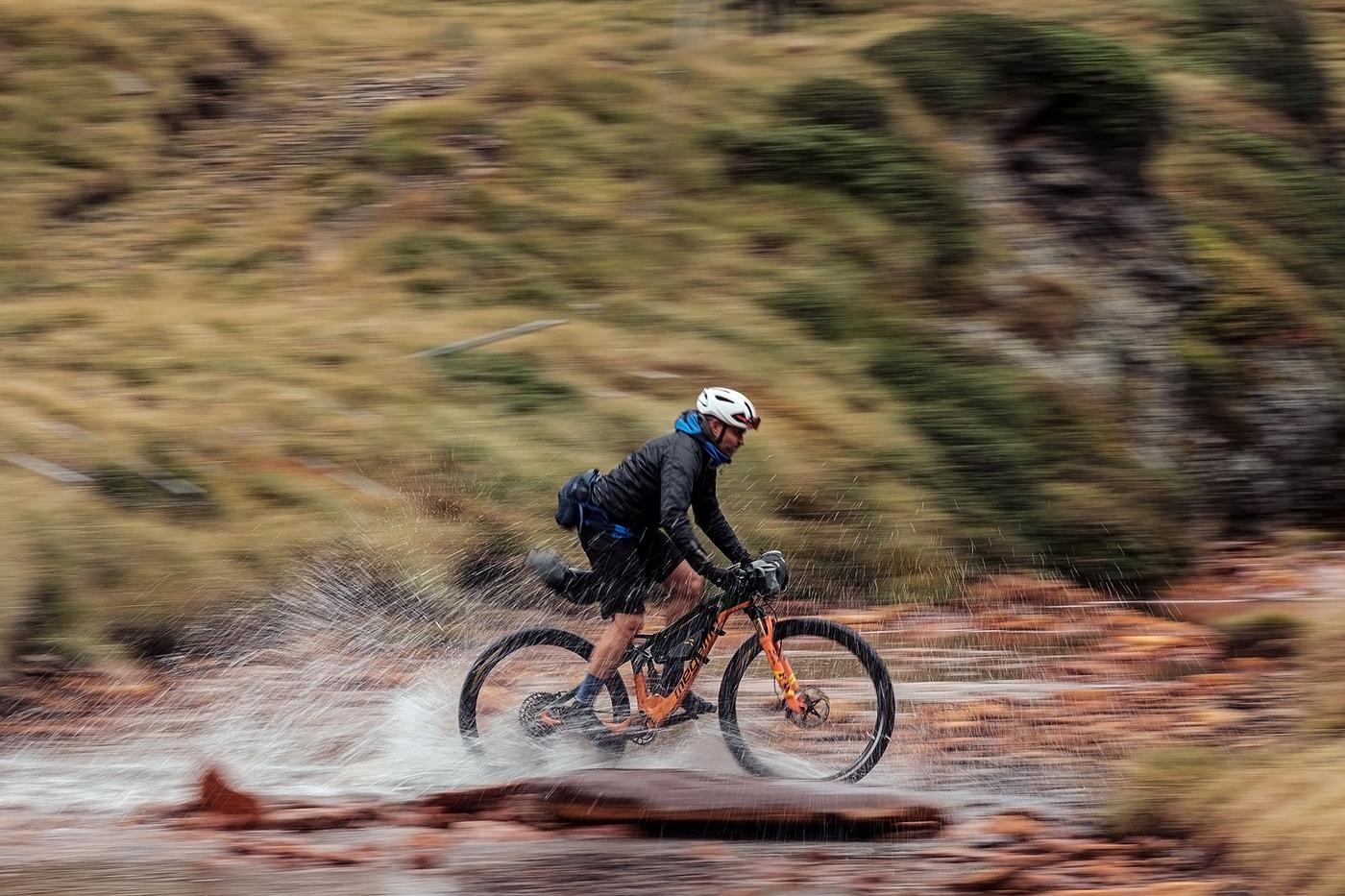 After layering up all our clothes, we proceeded to descend via technical paths first, more playful ones later on, and a forest track that lead us back to Bagergue. 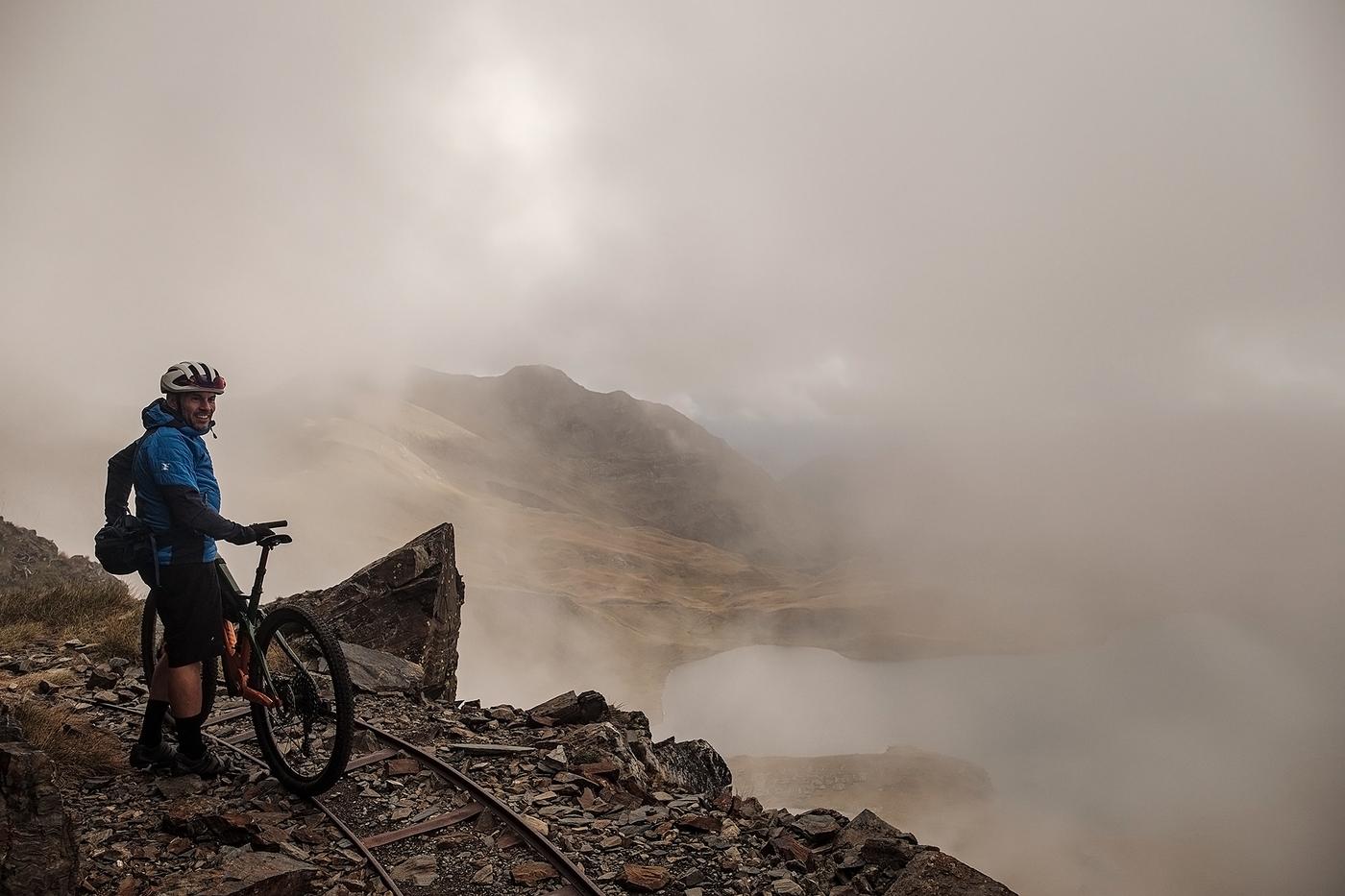 As I mentioned at the beginning: “I love it when a plan comes together,” but if something doesn’t turn out as planned, just keep on pedaling, enjoy the chaos. We’ll see how it turns out next time, The Pyrenees are in no rush, this mountain range only shows up with a tad of bad mood sometimes…

This report was translated from Spanish to English by María Montes