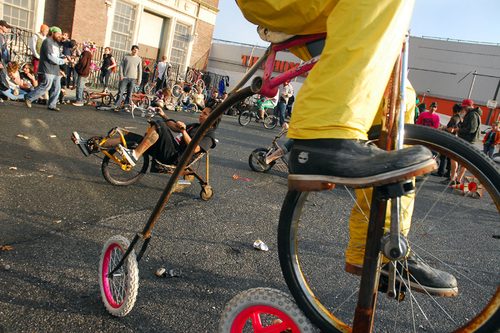 Here’s an update to the previously-mentioned Bike NYC the Book.

Bike blogger, Michael Green of Bike Blog NYC, along with award winning fiction writer Marci Blackman and amazing bike culture photographer Ed Glazar are writing the definitive guide to biking in NYC. Due to be released in April 2011 by Skyhorse Publishing. They’re calling it: “The insider’s guide to biking in the City no urban cyclist will ever want to be without.”