Big Bend National Park may be one of the last remaining corners of the untouched West. While booming city sprawl or flat oil country paints most of the modern Texas landscape, Big Bend is nestled in the far southwestern corner of the state within the beautiful Chihuahuan Desert and the Chisos Mountain range. My three roommates – Jonathan, Tyler and Spencer – and I made our way there from Austin in December for a four-day bike camping trip. We were met with all the classic rewards of bike touring—relentless desert sunshine, eternal switchback descents, a spectacular meteor shower, and a few unexpected feats of suffering, too. 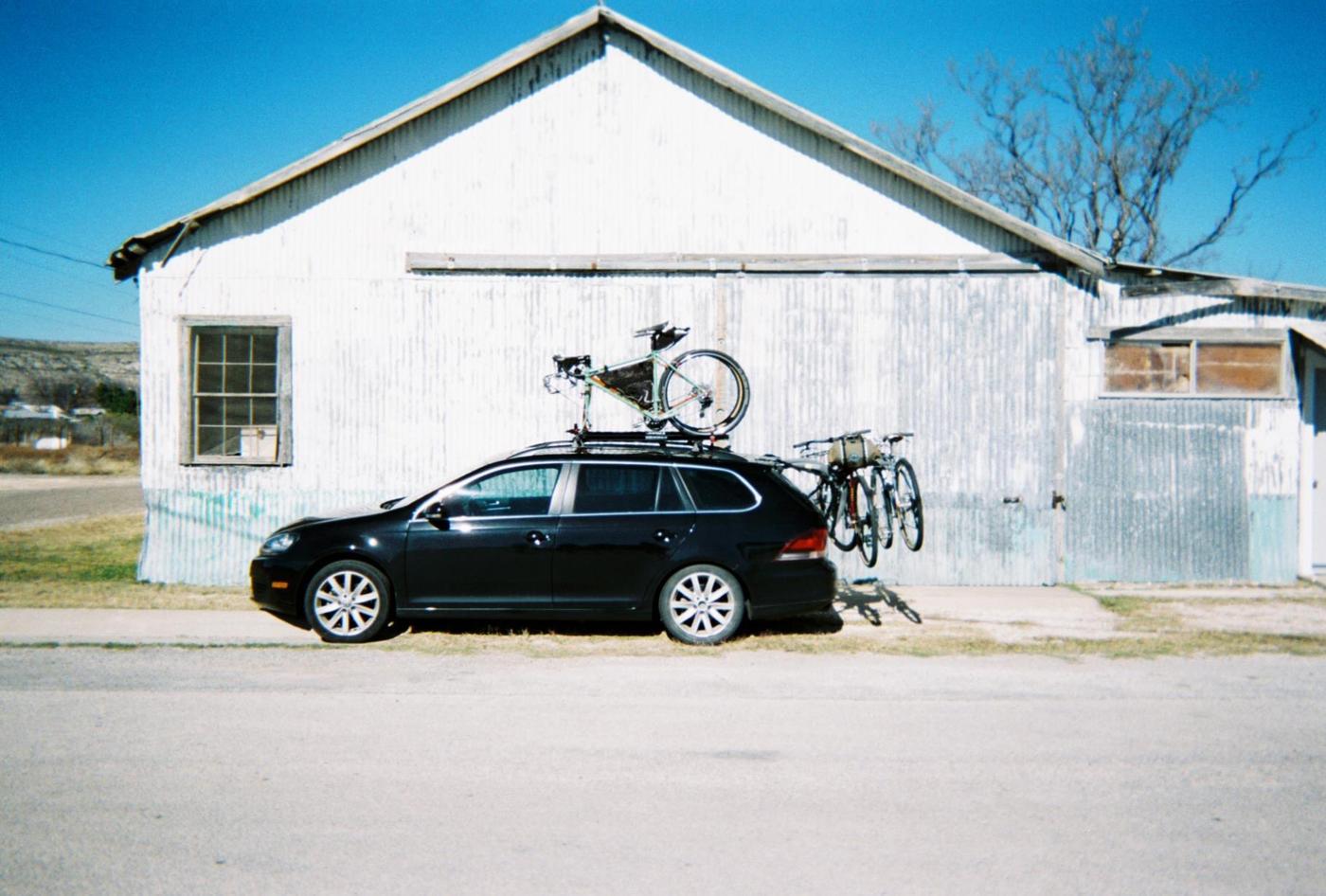 We dropped the car off at the Panther Junction station and didn’t have our bikes packed up and rolling until after 4pm. The first seven miles or so were way more brutal than anticipated. It was a mix of grueling headwind, immediate climbing, 450 miles of sitting in the car legs and the fact that my bike weighed about 15 pounds more than those of my traveling companions. After the first hour of thinking I made a mistake coming out and I no longer liked bike camping, the road began to flatten and slowly tilt towards a steady descent as the wind subsided. I was able to lift my head up from suffer position to catch the sunset lighting up the Chisos Mountains. 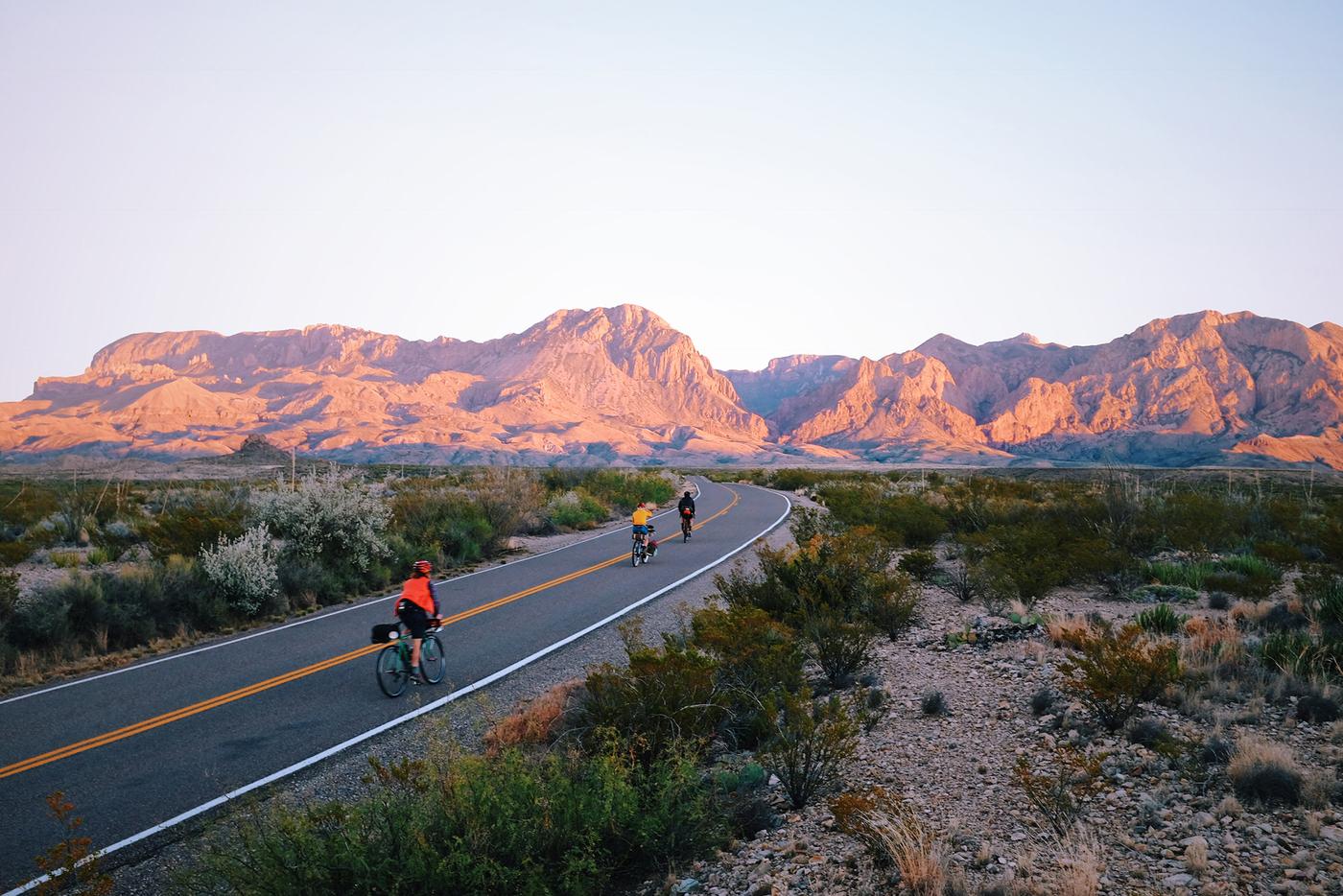 The lights went out fast; we couldn’t see much of anything other than the small pieces of road our lights touched and the deep dark outlines of the surrounding mountains meeting the black sky. We were lucky to have timed our trip with the Geminid meteor shower. Big stars shot across the sky every minute or so, a sight reserved mostly to dreams. It wasn’t until the last five miles or so that the desert night chill hit. Campfires were prohibited so we curled up in sleeping bags as quickly as possible. We woke up to a chilly morning of under 24 degrees. Spencer slept without a tent in a sleeping bag that had frosted over his feet. After warming up with coffee and breakfast, we loaded our bikes and set out for Old Maverick Road towards the Chisos Basin with a caution from the ranger about how much chillier it would be there and to keep an eye out for bears and mountain lions. The sun was hot but not uncomfortable which was critical to our wellbeing considering 42 out of the 44 miles we did that day were all uphill spinning miles. The last seven miles into the Chisos Basin had all of us grumbling about packing lighter and needing better gearing. But the effort paid off as we rolled into the beautiful encampment, hiked out to see the sunset at the Window, and finished the evening off with a huge chicken fried steak dinner at the camp lodge. The next morning we rode downwards out of the basin for possibly the fastest and longest descent on loaded touring bikes we’ve yet experienced. 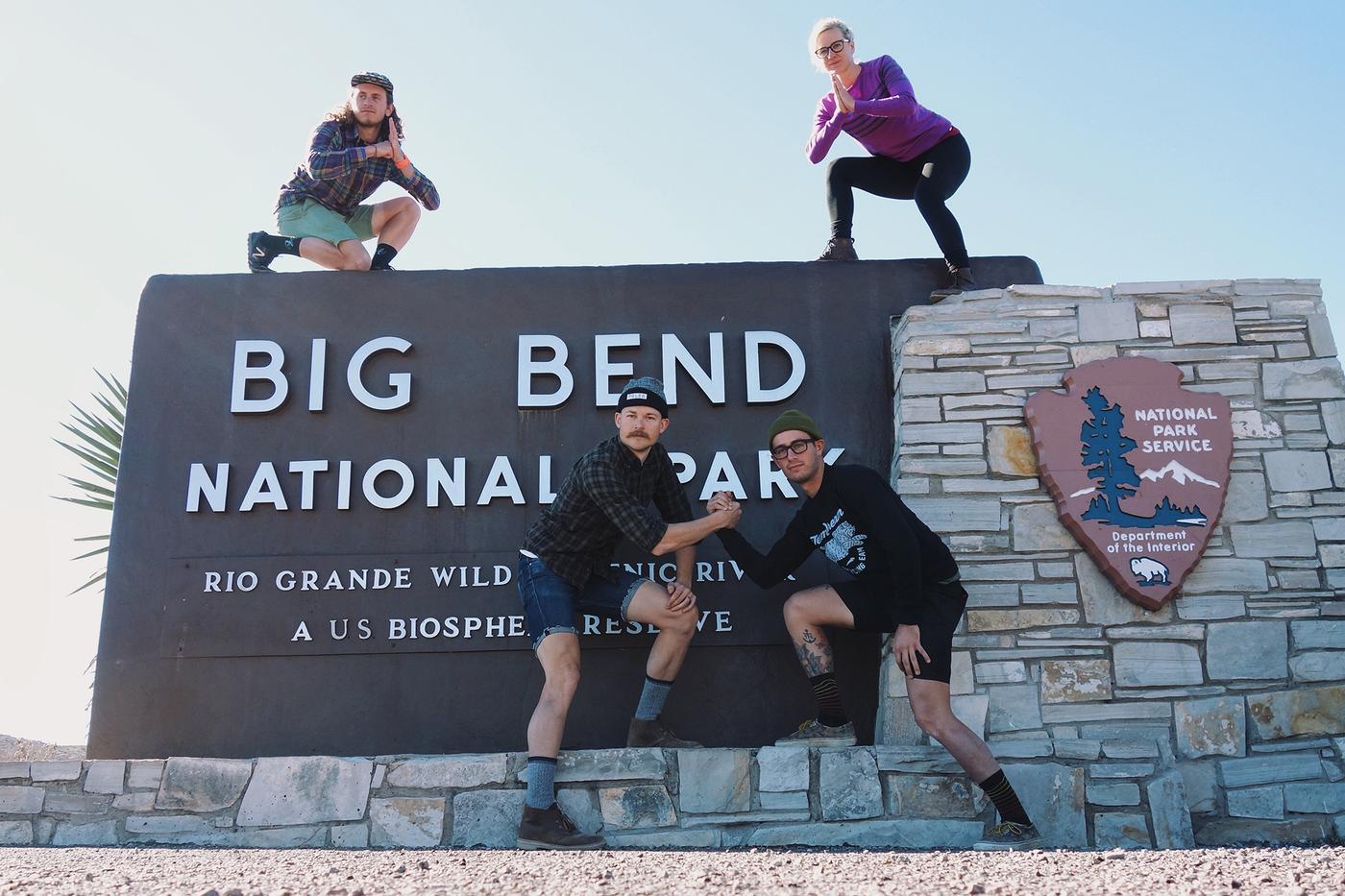 We made our way back to the car that day and drove to our final campsite to complete the trip with a dip into the Rio Grande, watching the last of the shooting stars, and then catching the sun rise over Mexico before driving the long way back to Austin.