There’s this truly magical culture of bike touring in Europe. You can go town to town and point to point on B roads and double tracks, stopping in at the local pub for a cold beer and a place to lay your head. The same culture doesn’t exist in the same way in the US — towns are too far apart, lots of paved roads, busy traffic thanks to decades of car-centric infrastructure and culture, among other reasons.

But there’s a little-known exception to that rule — northern New England. I moved here from New York in early 2020, along with the rest of Brooklyn, and was instantly taken by what locals call Vermont pavé, or miles and miles of dirt roads and unmaintained town highways that dot the state. It didn’t take long before I was plotting long-distance routes and multi-day bikepacking trips that captured as many of these roads as possible and adding them to the bucket list. One route in particular really captured my attention — a way to get from Burlington, Vermont and the shores of Lake Champlain east to the coast of Maine and the city of Portland. It pieced together a handful of rail trails, or old railroad beds that have been repurposed into mulit-use gravel recreational trails, many miles of Vermont pavé and even a few miles of singletrack — 98 percent of which I’d never ridden before.

With a bit of convincing and a few beers, I convinced two of my longtime friends and colleagues, photographer/designer Chase Pellerin and writer/photographer Tanner Bowden to join me on a quest for the coast over four days, 254.72 miles and 11,637 feet of climbing. The trip began with a bit of anxiety and a healthy dose of nerves. Chase’s longest ride was 35 miles prior to this trip, and he’d never run clipless pedals before — two things he’d need to overcome quickly. Tanner had joined me on a previous long-distance ride from New York to southern Vermont, but that didn’t prevent the nerves from creeping in and making for a tenuous first few turns of the cranks. Our first day took us from the lakeshore at Burlington’s Oak Ledge Park to the state’s capital of Montpelier (before you read that in its French pronunciation, Vermonters say Mont-peely-er). We wound our way east through Burlington’s extensive network of bike paths before popping out onto a few of the local-favorite dirt roads, including a beautiful descent alongside the Huntington River past some of the state’s best swimming holes. From there, we met the Cross Vermont Trail — a series of dirt roads, paths and rail trails that cuts clear across Vermont and followed it through to Montpelier. The second half of the day was populated by mostly unremarkable riding, a delicious jambon-beurre sandwich at Red Hen Bakery in Middlesex, VT and a pour of Hill Farmstead beer at the venerable Three Penny Taproom. Day two was greeted by sore legs and grogginess — a theme we’d experience throughout the rest of our ride. Once again we headed eastward, but not before a stop for a pastry and a coffee to fill the stomach and shake the grogginess. We departed from the Cross Vermont Trail route in this section, ditching the paved well-traveled highways for B-roads and covered bridges. The steep climbs gave way to long descents as we worked our way from farm to farm and cow to cow. We wiggled across the map until Plainfield, where we once again met up with the Cross Vermont Trail and hopped on our first section of rail-trail. This section is on some maps and not others, and it was a section that was perhaps the most unknown going into the trip on whether or not it would be in good enough condition to ride. The fears were banished quickly, as we hopped onto a gorgeous dry double track and picked our way all the way down to Wells River. It was there that we fueled up with maple creemees (or soft serve for you out-of-staters) and made our first state border crossing. New Hampshire greeted us with the Cross New Hampshire Adventure Trail and the Ammonoosuc Rail Trail — 19 miles of the most difficult rail trail you could ask for. The surface is loose, chunky and fine all at the same time. It’s open to OHVs, ATVs and dirtbikes, but thankfully we only encountered two side-by-sides — from what I read it can be quite busy in the summer and make for an unpleasant section. Littleton, NH couldn’t have come soon enough, and in true European style (minus our food choice) we capped day two with a series of traditional lagers and pizza at Schilling Beer Co. 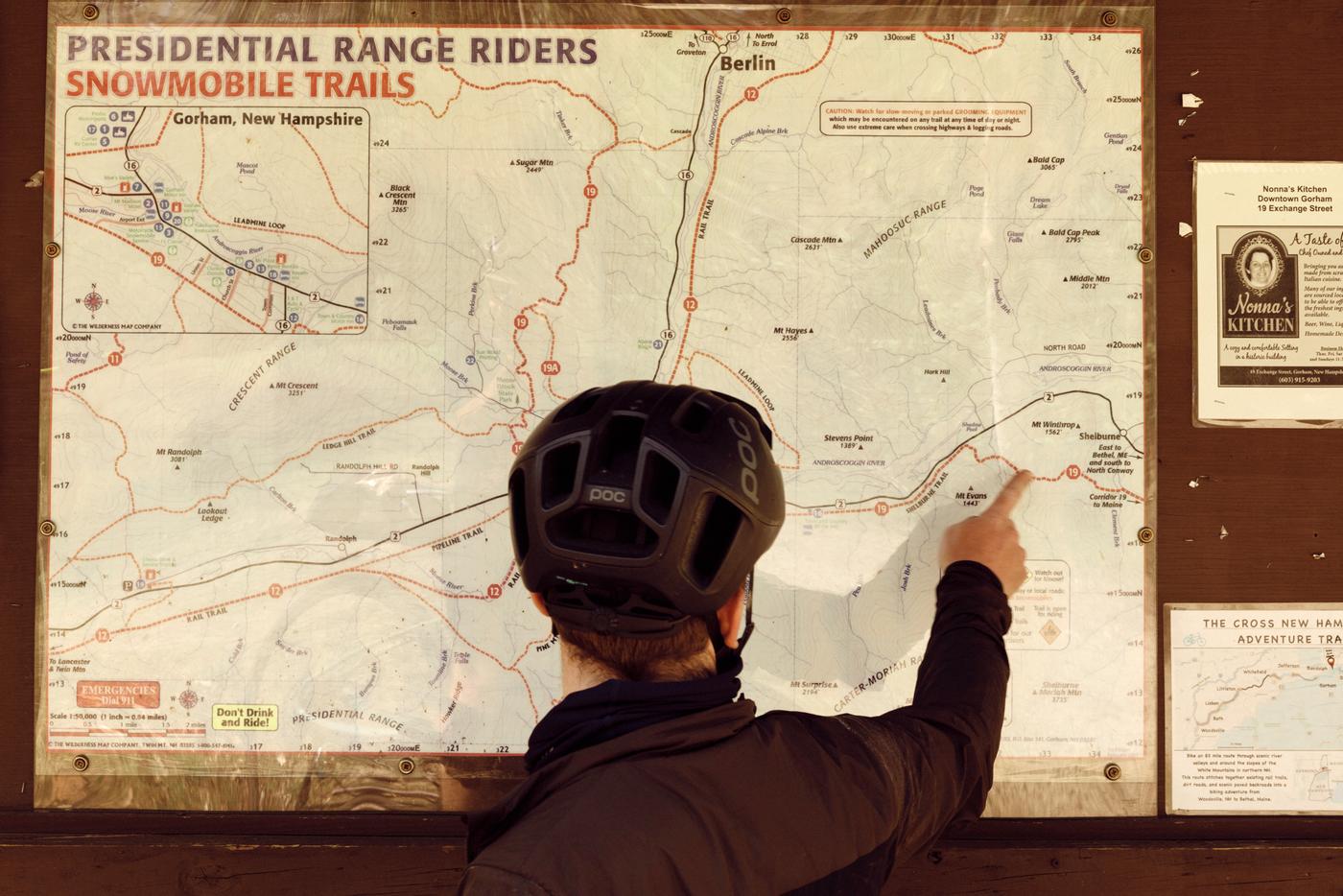 Legs, grogginess, pastries, coffee — we really settled into a routine. Day three was where our rail trail routing really came into importance. Standing between Burlington and Portland are two craggy and imposing mountain ranges, Vermont’s Green Mountains and New Hampshire’s White Mountains. Rail trails are graded on a gradual slope (by nature of trains not being able to ascend steep inclines) which meant that we were able to avoid tens of thousands of feet of elevation gain we would have otherwise needed to knock off. The Presidential Rail Trail, with its beautiful mixed surface of crushed gravel, dirt and doubletrack took us straight through to Gorham, but not before a friendly encounter with a good-sized black bear. After a slight bit of rerouting to give the bear some space, we stopped off at Big Day Brewing for some grub — a fitting name for our lunch stop. The second half of the day took us to the pavement, but it was a welcome reprieve from the 150 miles of gravel we’d had up to that point. As we made our way to Bethel, ME rolling along North Road across the river from Route 2, I zoned out — the mileage, sun exposure and long days in the saddle having worn me down. We were headed to Sunday River for the evening, what is arguably Maine’s most famous ski resort. We were long past ready to get off the bikes, but we had to earn it with a punchy 300-foot climb up to the hotel. We celebrated crossing over into the great state of Maine with some hazy IPAs, bacon burgers and a restful night’s sleep. The final day of our journey was met with a pre-sunset wakeup, minimal breakfast, and a cold descent down from Sunday River into Bethel. With no coffee or pastries to fuel us, we struck out to tackle the biggest climb of our trip — a two-mile, 500-foot rise that gave way to a beautiful eight-mile descent. While the majority of our day was on pavement, the roads making our way south from Bethel were lightly traveled, and meandered from lake to lake and general store to general store. We averaged 13mph on our way down to Portland (with no pausing of the Garmin), by far our fastest. And when we finally reached to see at the city’s Fish Point, we dipped our tires in the water and collapsed on the grassy knoll overlooking Portland harbor. A sense of accomplishment washed over us, but it was tempered by the realization that the trip had come to an end. Bike trips like these will always have that balance of emotions. Months, sometimes years of planning leading up to the moment of setting off, the struggle-bonk-push-through-bonk-again cycle of back-to-back days of riding, and the hopeful triumph of meeting your destination are as much of an emotional rollercoaster as you can find in the sport. But it’s always worth it. 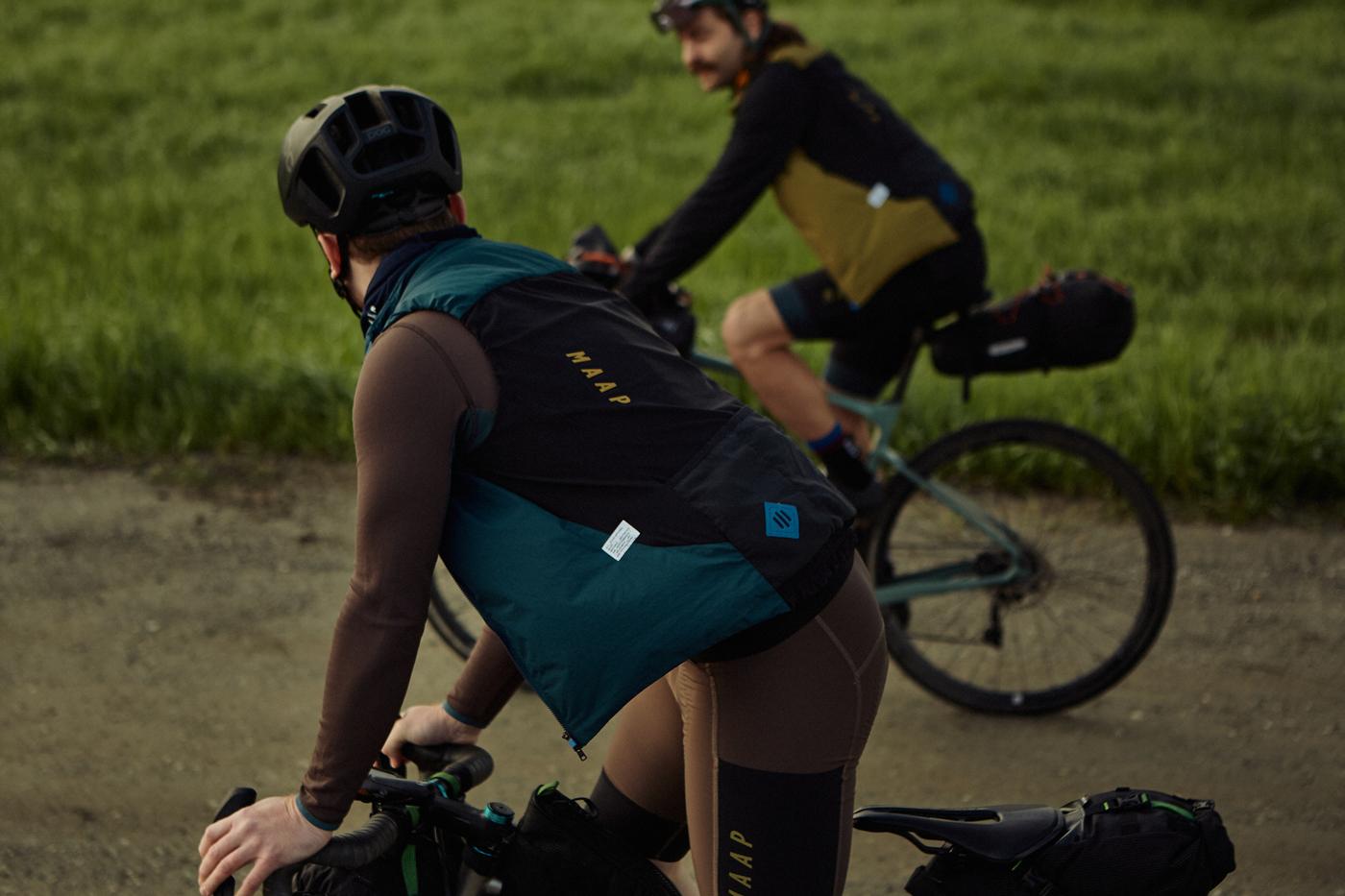 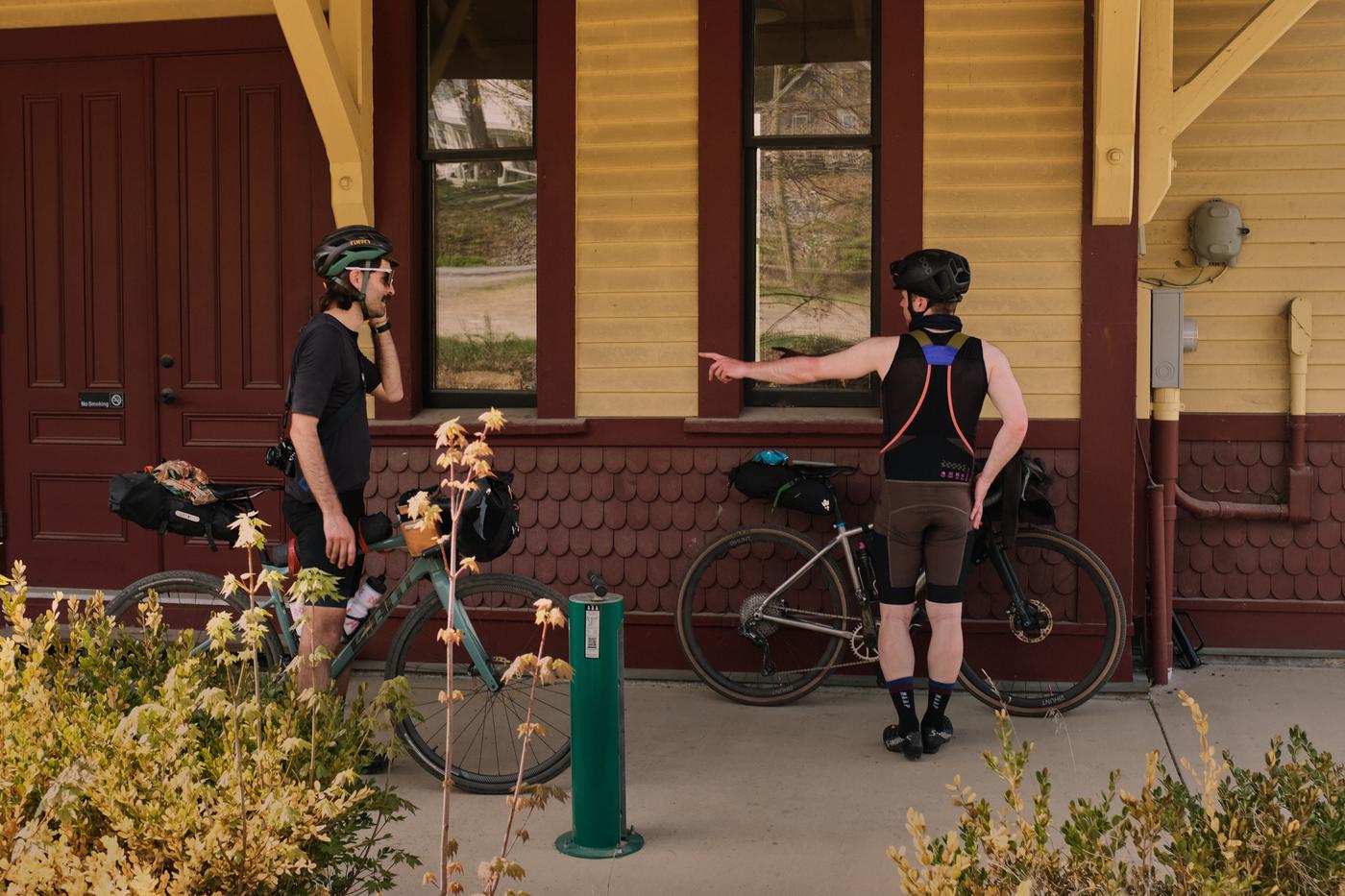 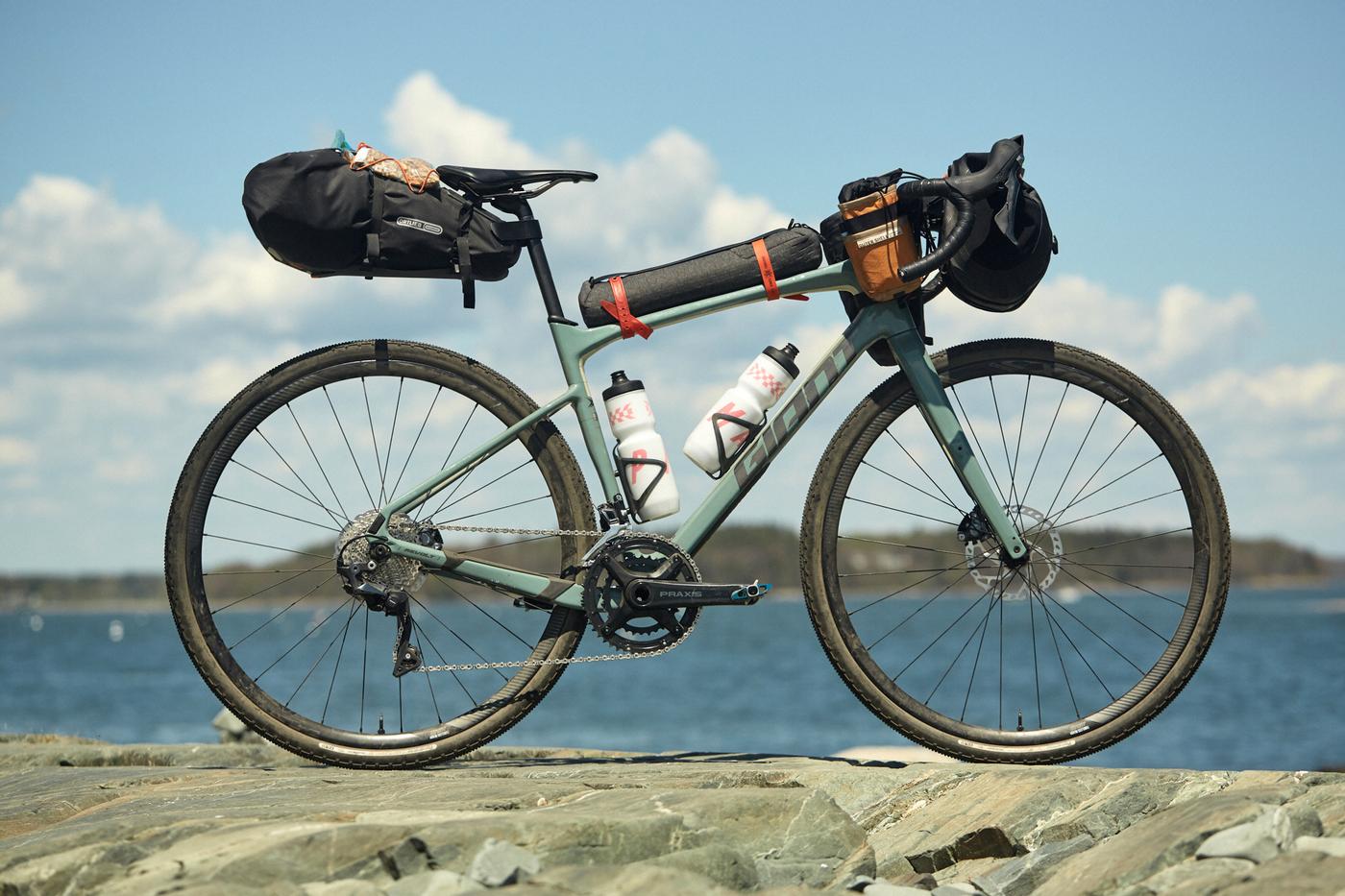 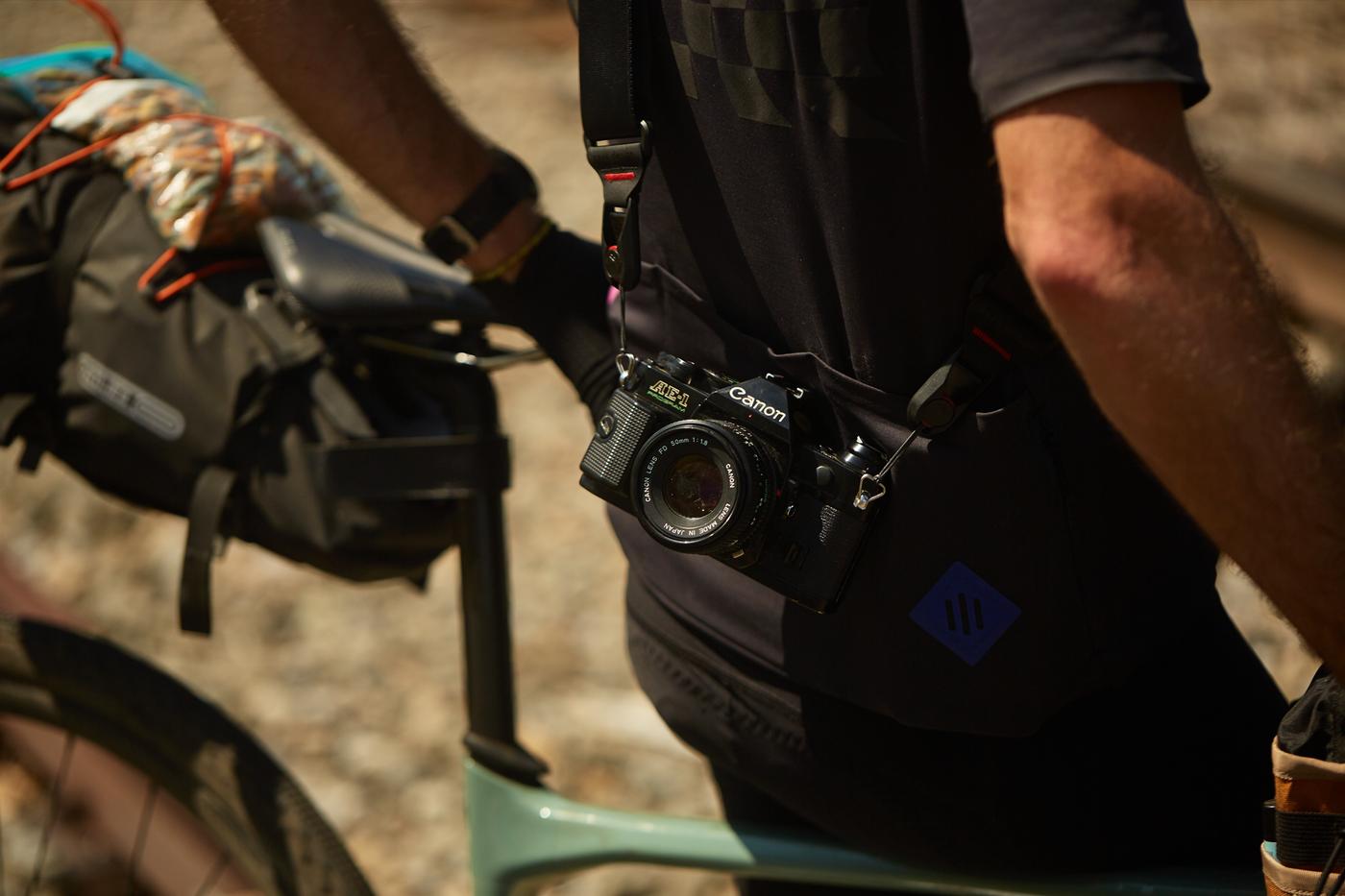 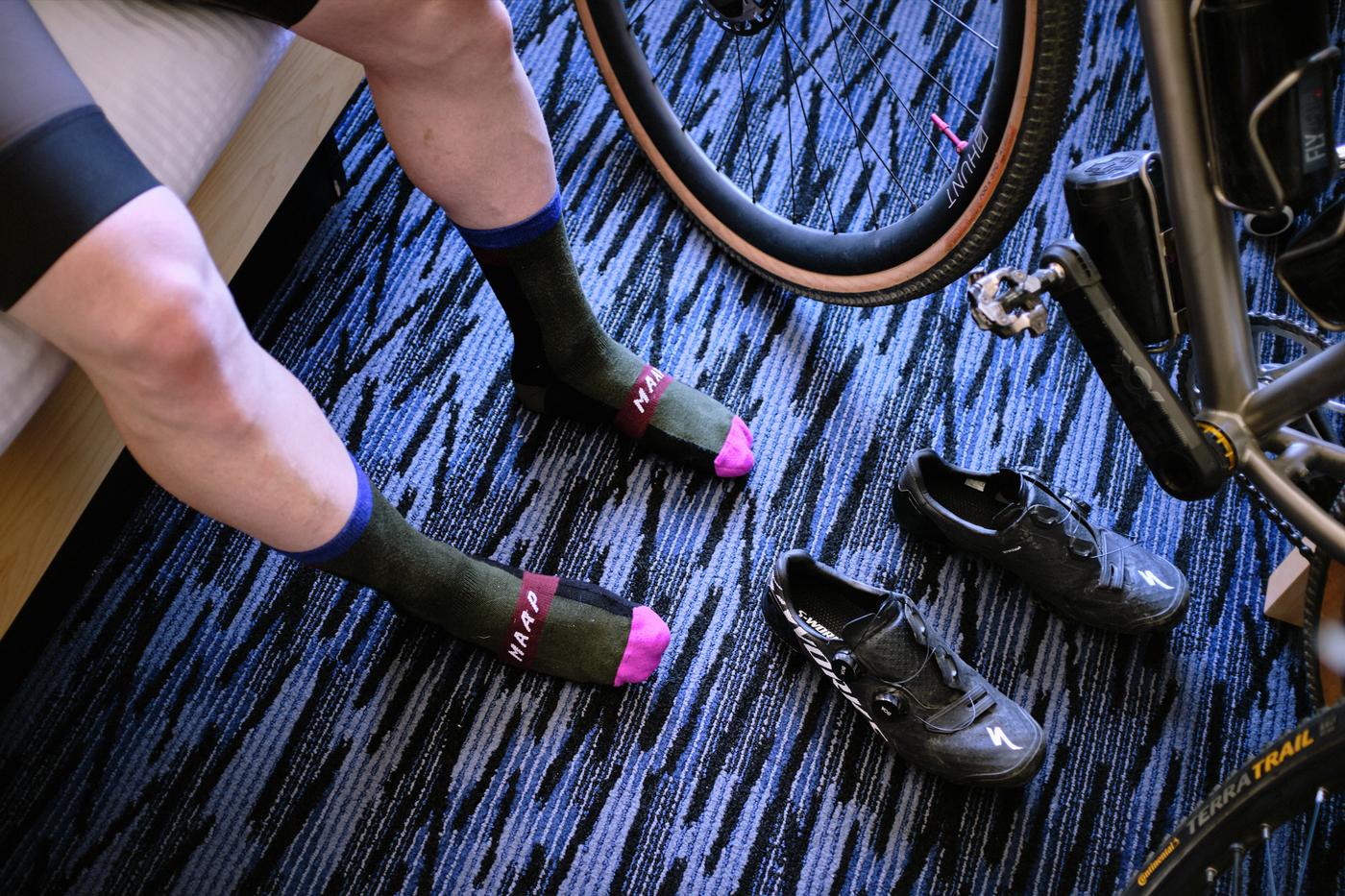