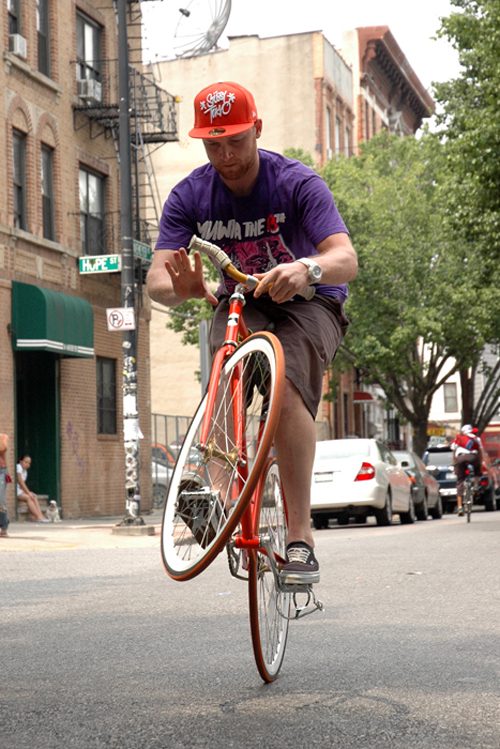 This photo was taken at the Bicycle Fetish Day in 2007. At the time, I hadn’t met many people in the NYC fixed scene and showed up by myself. By that point, I think most the people I know now had been friends for a few months. I’d been riding this Iro for about 6 months and before that, a janky-ass conversion for a little over a year. Initially, it was my commuter, but when I saw someone do a barspin in the MASH trailer, I started trying some tricks. It’s really funny to think that in 2007 most people were riding track bikes with 650c fronts doing barspins and 3 years later, everyone’s on bastardized 700cmx bikes.

Thanks to Ed for the jarring nostalgia. Ha!