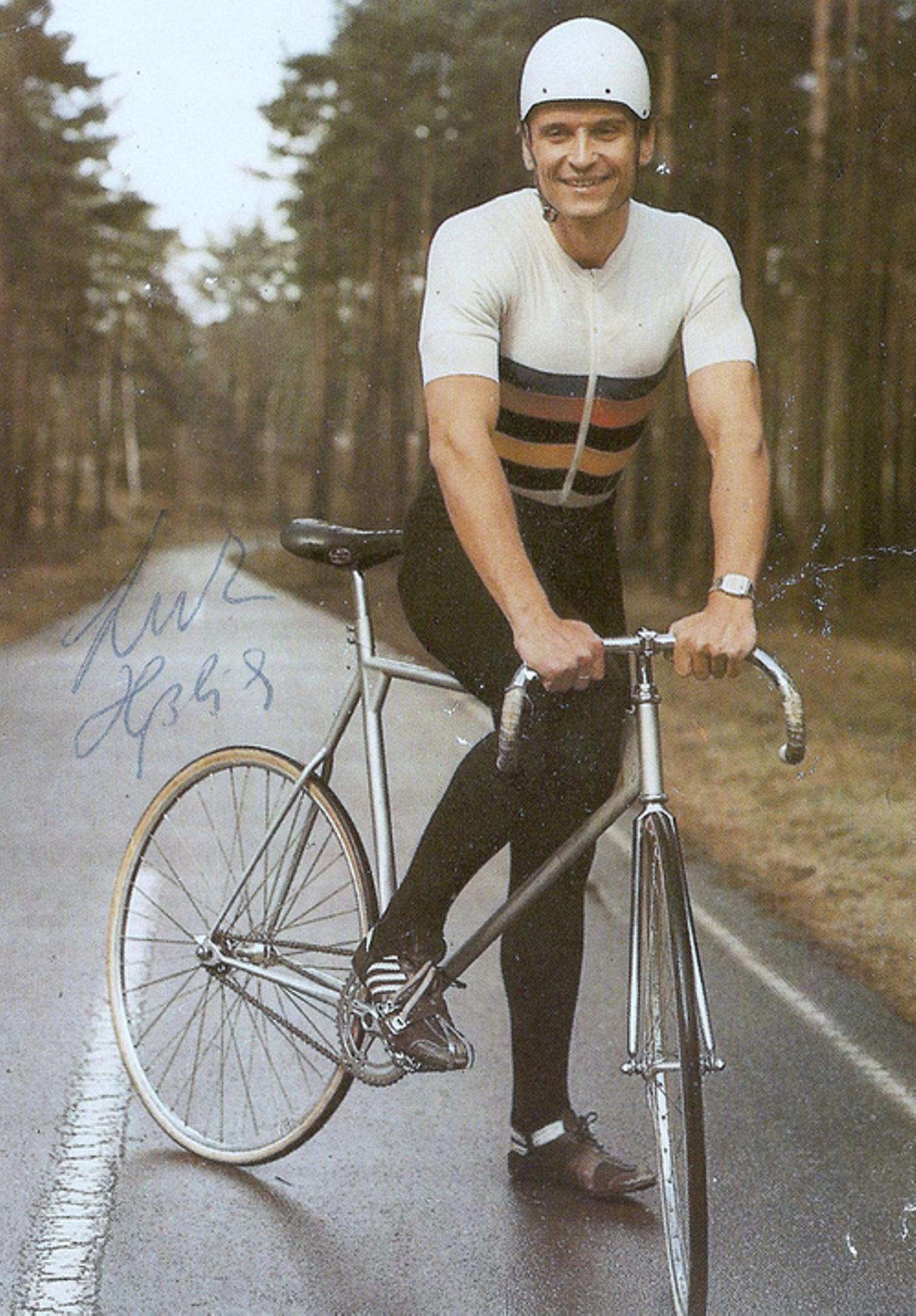 Before we discuss the photos and who exactly Lutz Heßlich is, let’s look at that rear triangle. Over the years, frame designers have done just about everything to stiffen and shorten up the rear end on track bikes. From triple triangles, wishbone stays, to curved seat tubes and quirky gussets, the little nuances on frames from the 70’s and 80’s make most of us geek the hell out! Bici Crono dug up this portrait of Lutz Heßlich. He was an Olympic champion in 1980 and a world champion in match sprints in 1979, 1983 and 1985. While it’s impossible to say if it was the frame or not, somewhere there are designers that say it was!