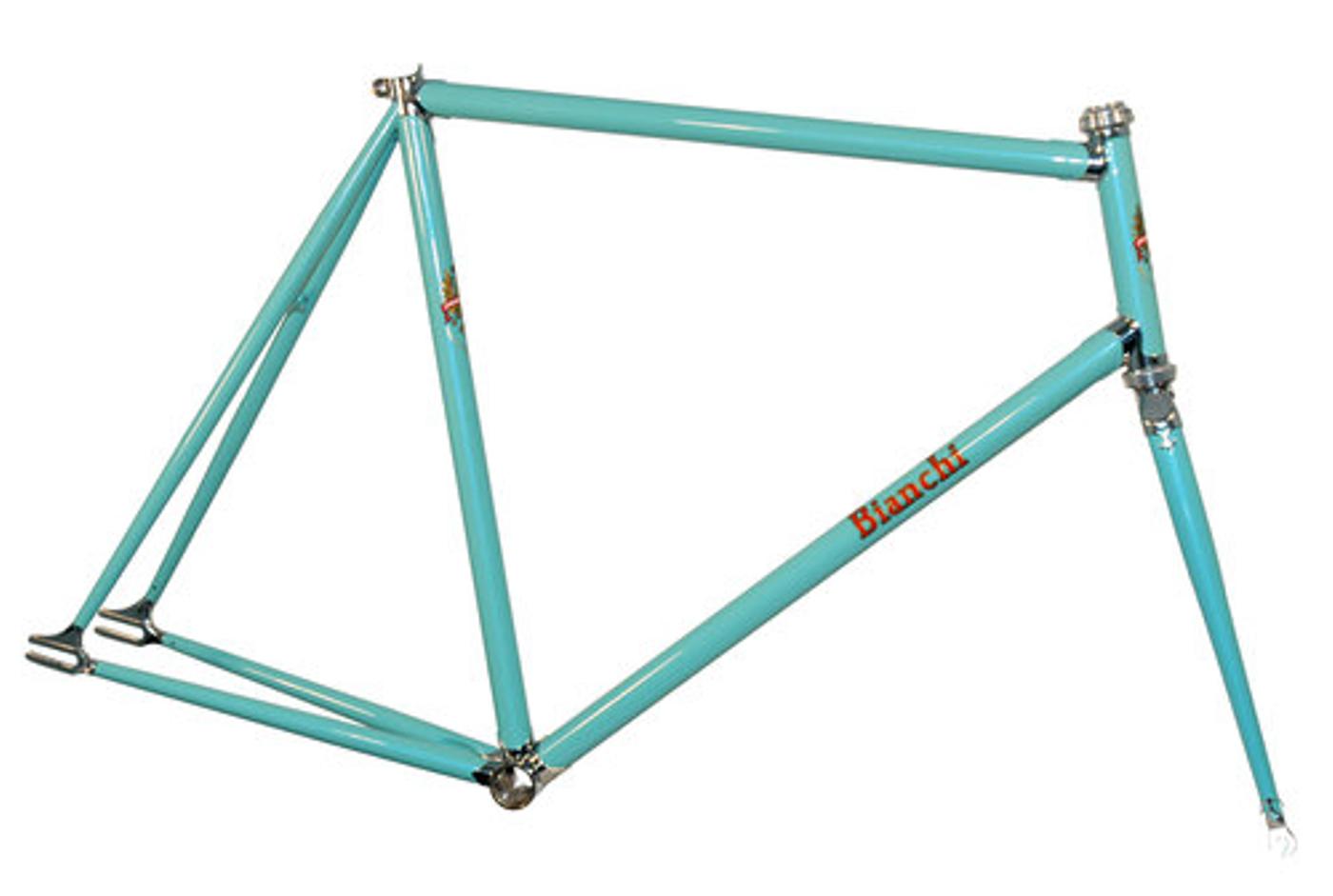 I know it’s not much of a sneak peek anymore, since everyone already saw this bike at Interbike this year, but I still want to post it. When I made a post about the new Bianchi Pista models earlier, I got an email from David at Bianchi promising a beautiful vintage-inspired track bike with all the bells and whistles I had mentioned. Chromed lugs, sloping crown on the fork, celeste color and vintage decals. I really really love the long track ends as well.

I have to say, I’m impressed. Overall, they nailed it. No price as of yet, but the frameset will be released early 2010!