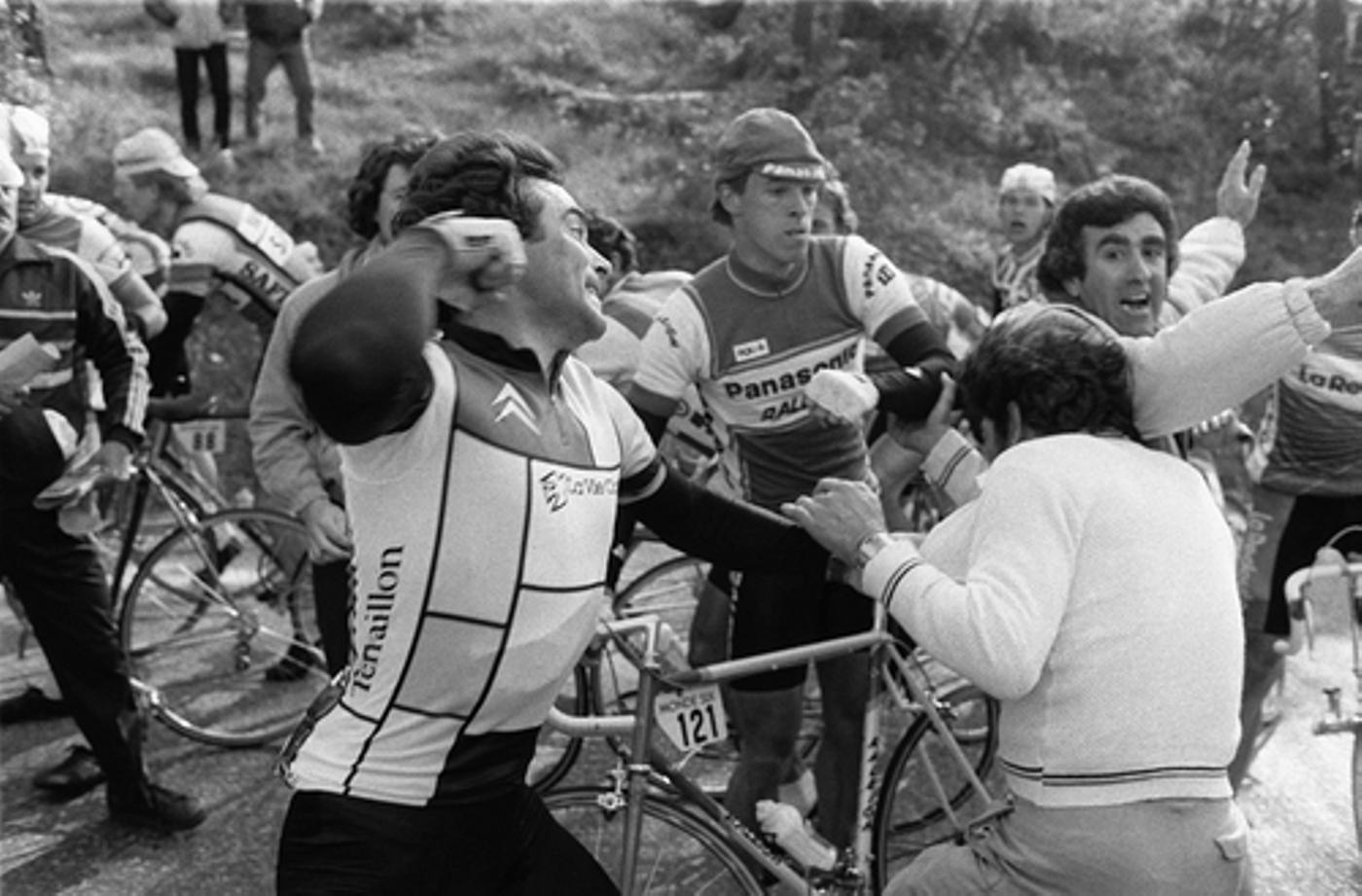 This photo has been floating around on the internet for ages and more recently, it’s been making its rounds on the cycling blogs. It wasn’t until today, that I found a higher-res file to post. Thanks to Ritte Racing for that. The photo, taken at the Col d’Eze, during a protest by local shipyard workers, shows the Badger throwing a punch at one of the demonstrators. That’s one pissed off Bernard Hinault! Sean Kelly of Ireland went on to win the stage race that year, leaving the pissed off Frenchman stuck with this photo as his only accomplishment.

The guys at Ritte also posted the video from the 1984 Paris-Nice protest, where the photo was taken. You can check that out below.

It’s a bad angle but you can see how pissed off Hinault was. Hot heads never win, that’s for sure! Could you imagine this happening at the Tour? It’d be all over the news.