Along with the Red Hook Crit, the Bench Minor Polo Tournament brought in people from all over to NYC just in time for the warm spring weather. Polo players from Milwaukee and even Paris showed up to partake one of the most pro-looking tournaments I’ve ever been to. There were jerseys, face masks and even a net around the goals. The equipment wasn’t the only aspect of the tournament that was refined; Doug at Hardcourt Bike Polo even had a list of rules and regulations posted through Google Docs. Now, I don’t follow polo enough to be a good judge for organization, but when I rolled up to the tournament, it looked incredibly legit. The drafting system that was used to set up the brackets offered a really well-balanced competitive atmosphere.

After hanging out for a few hours, I managed to snap a few photos documenting the competitive atmosphere and intensity of this polo tournament. Check them out below. 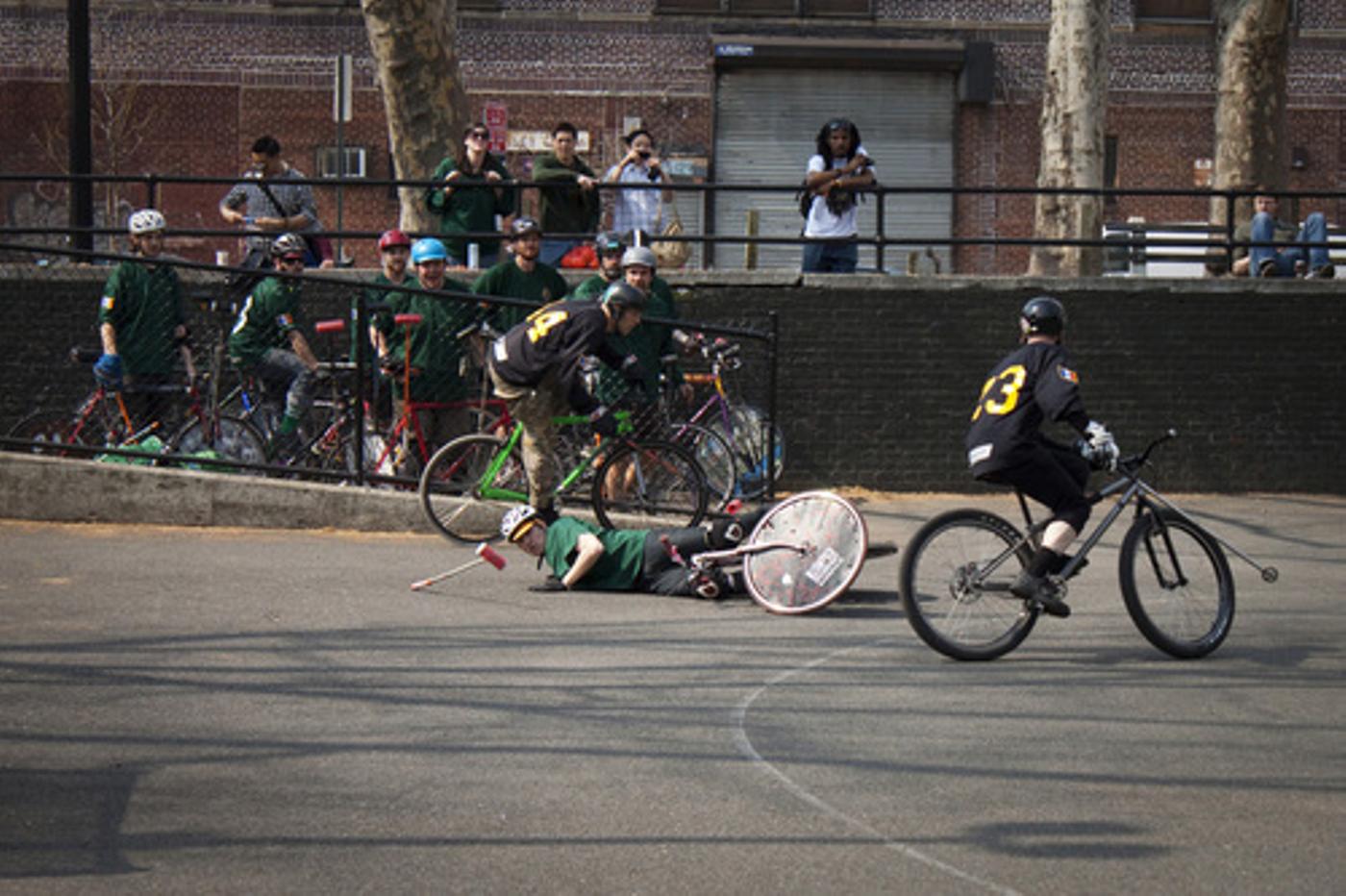 Just one of the many wrecks on Sunday. 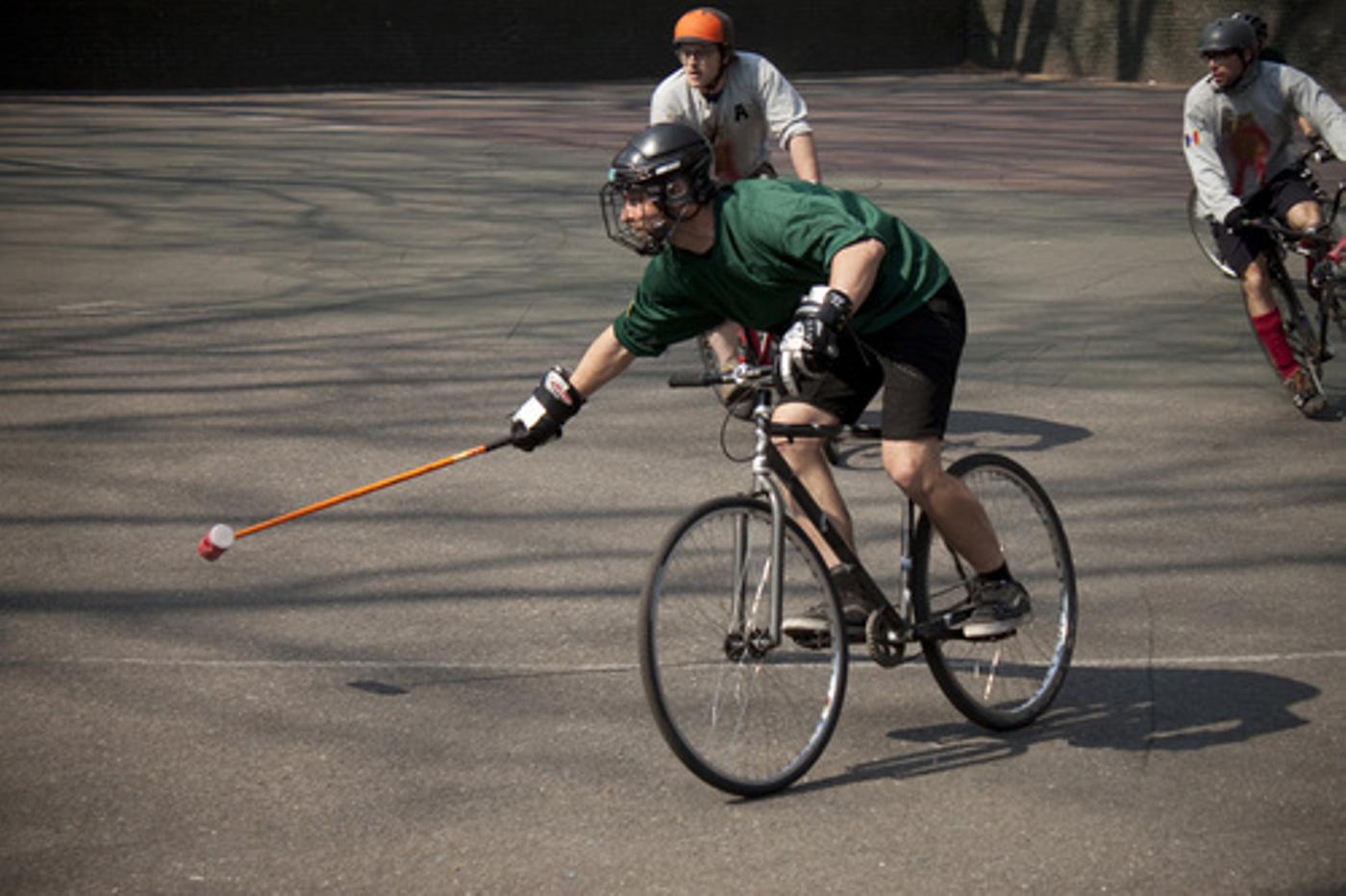 Matt from Milwaukee going in for the ball. 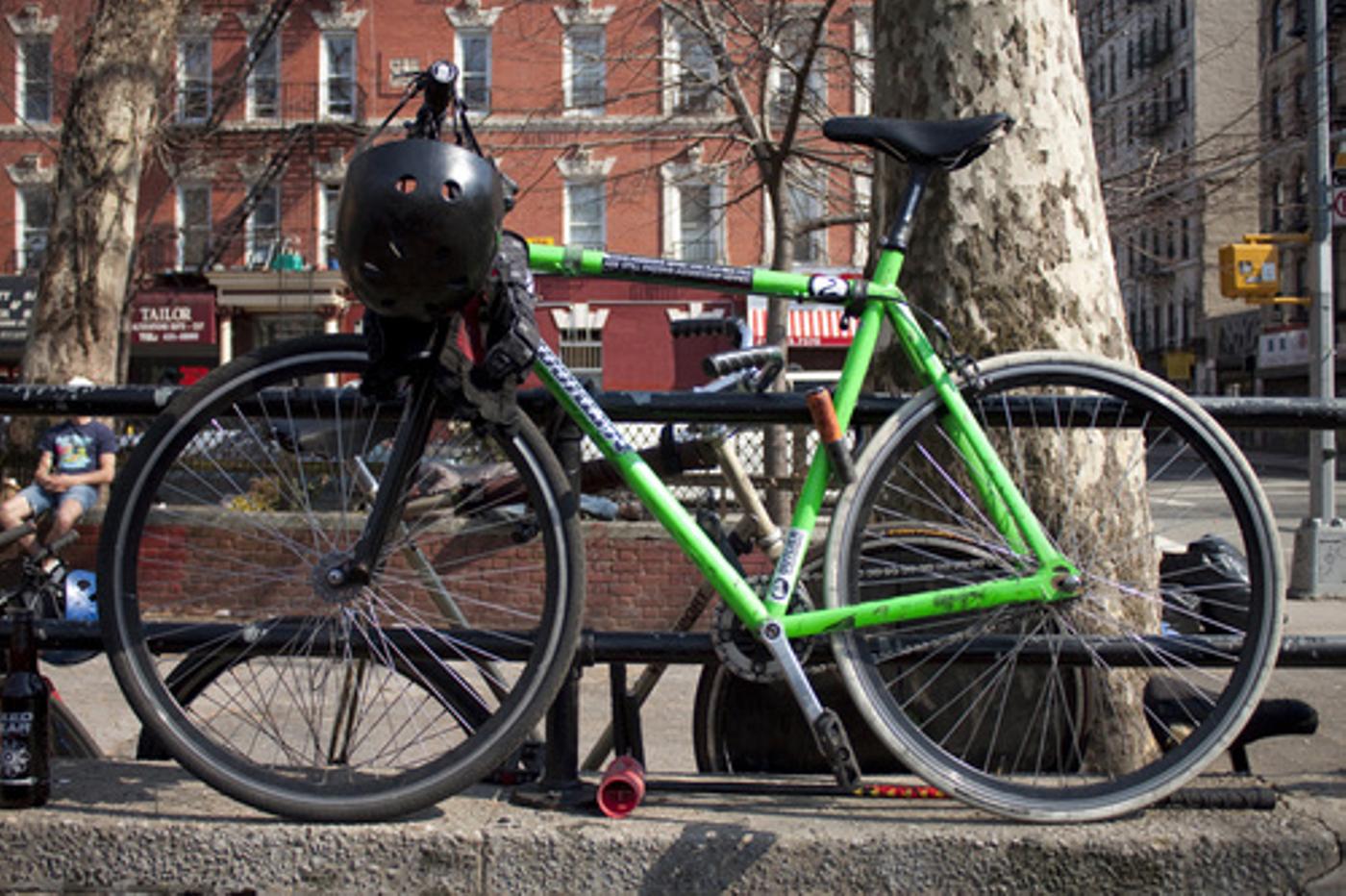 Like most polo bikes, this one’s got an attitude. As I was leaving, a questionable play happened. Which caused the ref and the player to get in a heated discussion. Shortly after, I headed back to Brooklyn to spend the remaining daylight hours in the park. The thing that’s really noticeable now with the polo scene is the organization and growth of the sport. Like fixed freestyle, polo is now a global movement with major tournaments, attracting riders from all over the world. It’s pretty great to see grassroots communities and activities sprout.

For more information on the tournament, check out Hardcourt Bike Polo and NYC Bike Polo.