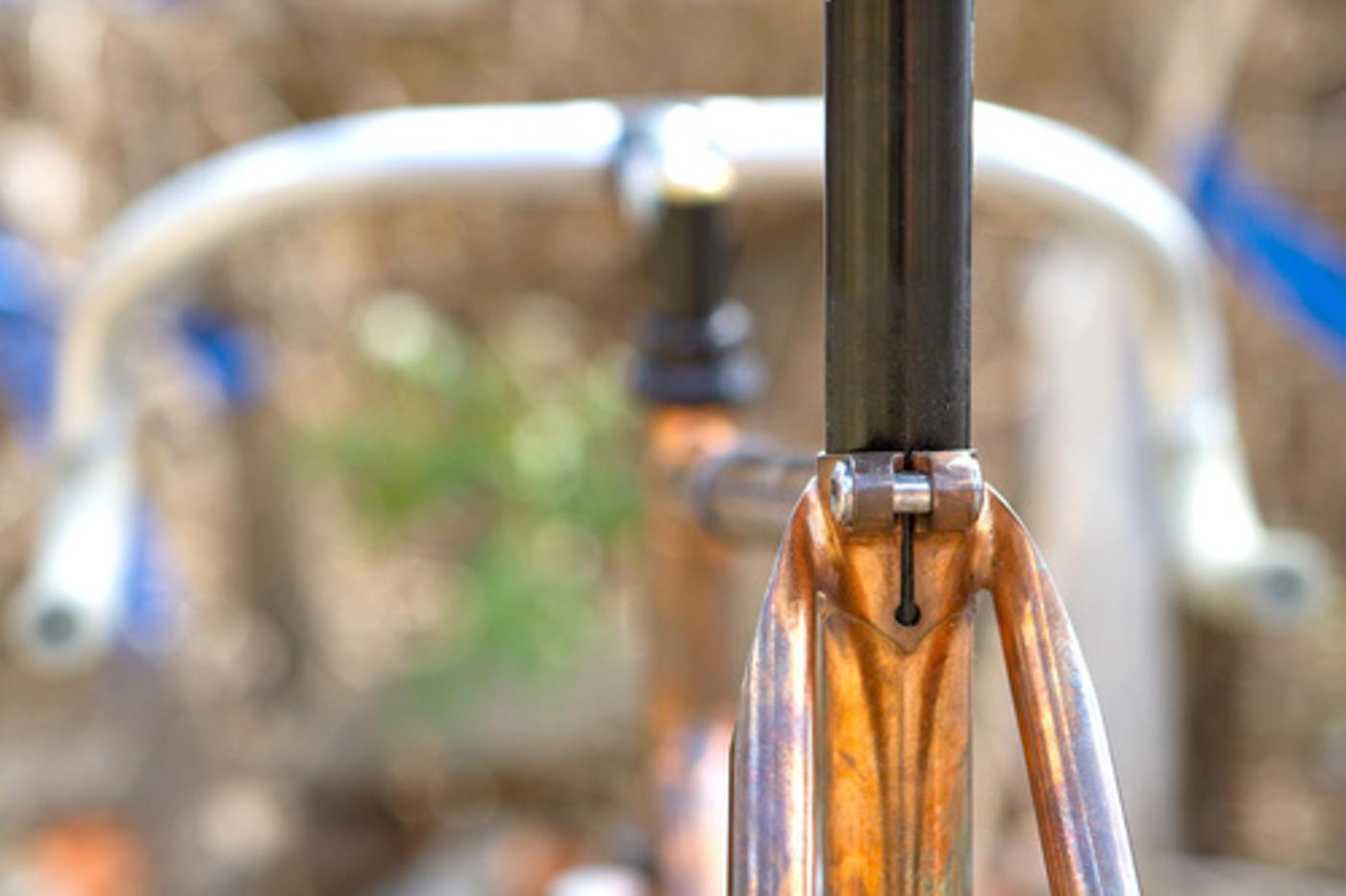 Liam’s Samurai Cycles track frame was at the 2011 NAHBS and somehow I missed it. How do you miss a copper-plated track frame at NAHBS? I have no idea but I did. Samurai is run by Koh Annouraa, a 17-year pro Keirin racer and he’s based in Houston Texas. Which is where Liam rode his track bike from to Austin for SxSW. The trip was about 182 miles and he did it in 19 hours, including a 3-hour power nap. Madness!

I met up with Liam and took some photos of his copper-plated Samurai Cycles track bike. Check out more photos below! Koh’s detailing hearkens from his years in Japan. With clean lines and fine lugwork, the copper-plating really pops on the bike. Liam said the bike was bright copper before his ride but then all the sweat, road grime and dirt caused it to patina. Which makes sense why the front of the bike is still copper. And the sides are green with oxidation. A long Salsa track stem and Nitto track drops make up his cockpit. Promax hubs to Open Pro on the front. Cane Creek on the back. 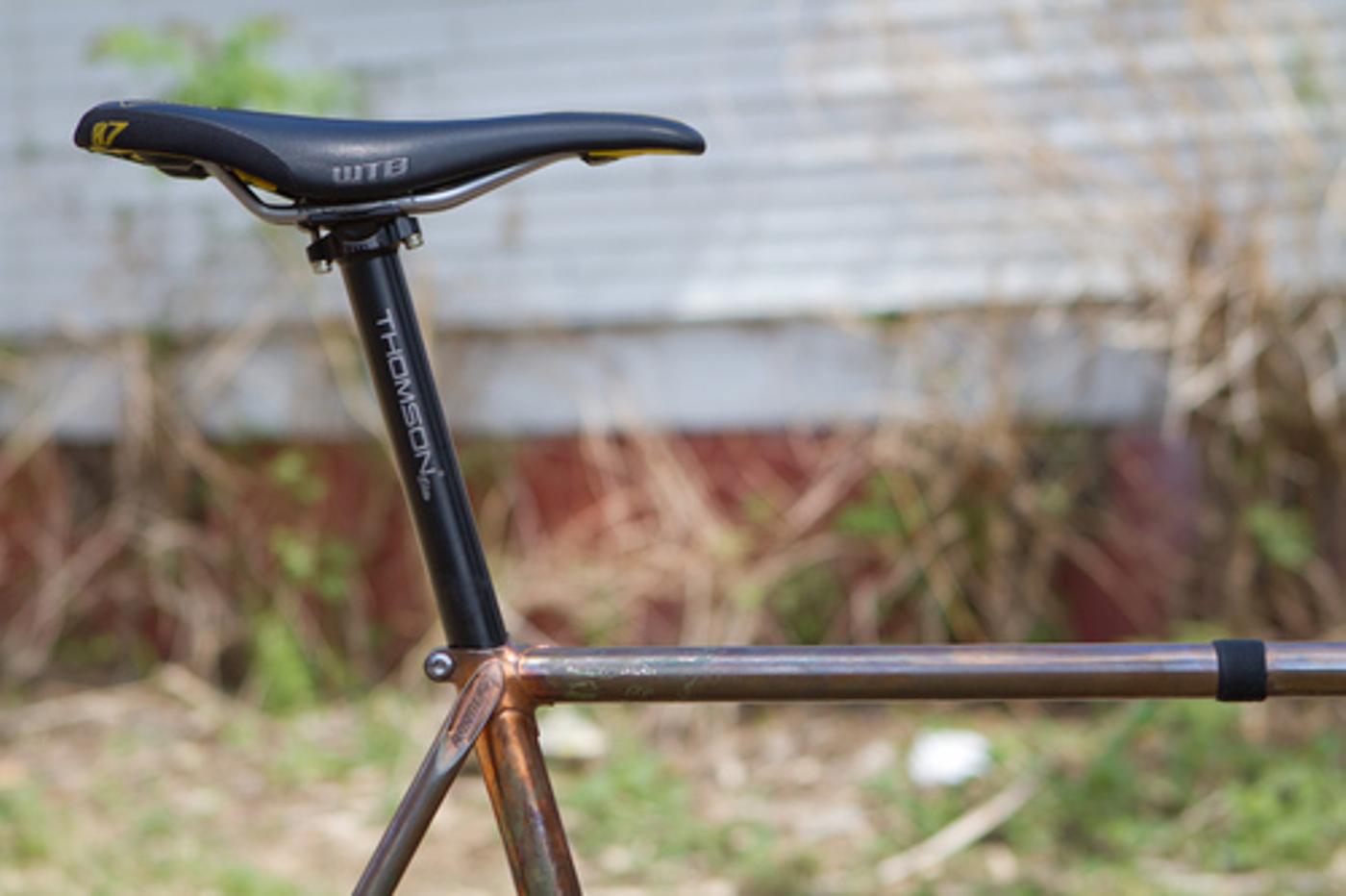 Thomson Elite and a road saddle indicate the length of Liam’s legs. This is one awesome machine. Liam was so stoked to get the frame and ride it to Austin, he threw on the only toe straps that his local shop had in stock. I was going to cut them down before the photo shoot but I liked how obnoxious they were.

Thanks to Liam for letting me shoot his bike and maybe I’ll make it over to Samurai Cycles one day to shoot Koh working!

Check out some more detail shots on my Flickr.