With the NAHBS approaching, a friend of mine cornered me at a party and told me what I needed to do to really cover the event. He suggested a team of people, all covering different aspects of the weekend. So I sat and thought about who could possibly help me out. That’s when I remembered my buddy Andrew Franciosa ( @Mastodon ) who runs Keep Albany Boring. I had set him up with my friend Ellen Stagg (NSFW) this summer to be her photo intern. We hung out a lot this summer and I got to know him pretty well.

So I hit him up and flew him down to help me cover the 2011 NAHBS. We each had a list of builders to cover and day by day, we documented them all. Without him, it would have been nearly impossible to shoot all these photos myself. It was a lot of work but also a lot of play.

After the NAHBS, we went out on a ride. To show him a little bit of Austin’s hills, I took him and Chris Bishop up this starter hill to my daily ride. When we got to the top, I shot photos of Andrew’s Brooklyn Machine Works Gangsta Track. 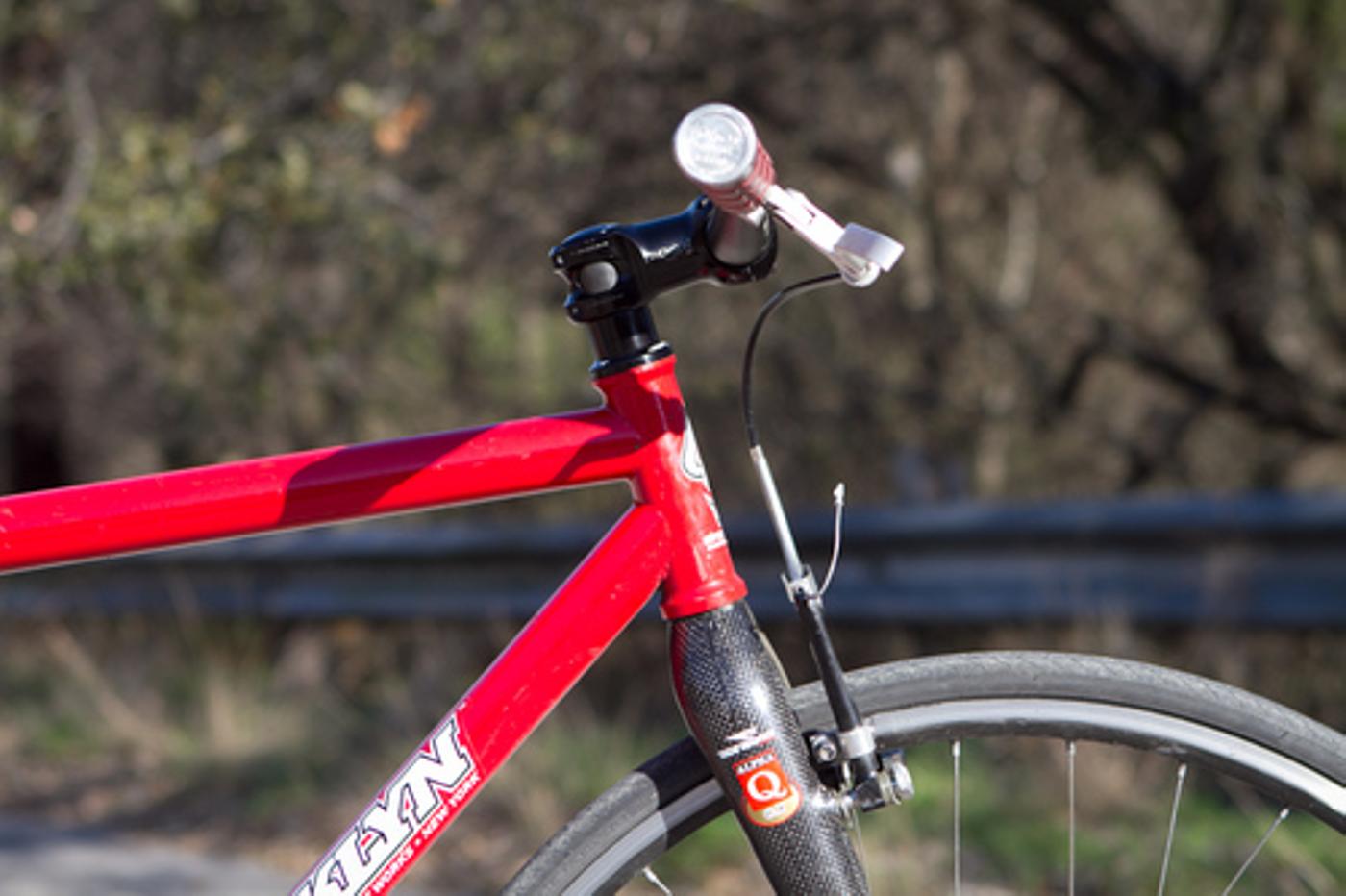 He swapped out his Gangsta fork for a True Temper Alpha Q with a linear pull brake. Remember these? Man, it’s been a while! Something funny’s going on with his bars in this photo! But man, that’s a nice Gangsta. Andrew was a huge help and like I said, without him, my coverage of the 2011 NAHBS would not have been so extensive. I think it’s safe to say that we knocked it out of the park. It was the first time I have ever had someone assist me in content and after this weekend, it won’t be the last! We both learned a ton from this experience and that’s what is important.

Check out Andrew’s website here and Keep Albany Boring here. These photos are also on my Flickr.