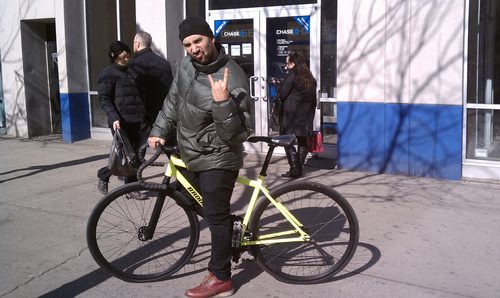 If you don’t follow Austin Horse on Twitter and Flickr, you really should. Dude is on his bike 24/7 shooting photos that not even a photo journalist would be able to grab. His recent uploads included a photo of David Perez Shadi and his BMW Gangsta. It’s so rad to see a guy that’s been on a track bike probably longer than any of us reppin’ a NYC brand like that.

Solid bike, solid dude and a lot more great photos can be found on Austin’s Flickr. If you haven’t seen Shadi’s work, check these previous entries out.