Tonight was the Animal Bikes premiere of their new video “Cuts” at the Shank in Williamsburg. For a Wednesday night, it was a pretty good turn out. Even with the temperatures still in the upper 80’s around 8pm, about 200 people or so crammed into the venue to watch the latest from the Animal crew. Like just about every BMX premiere in NYC I’ve been to, there were all kinds of bikes present. 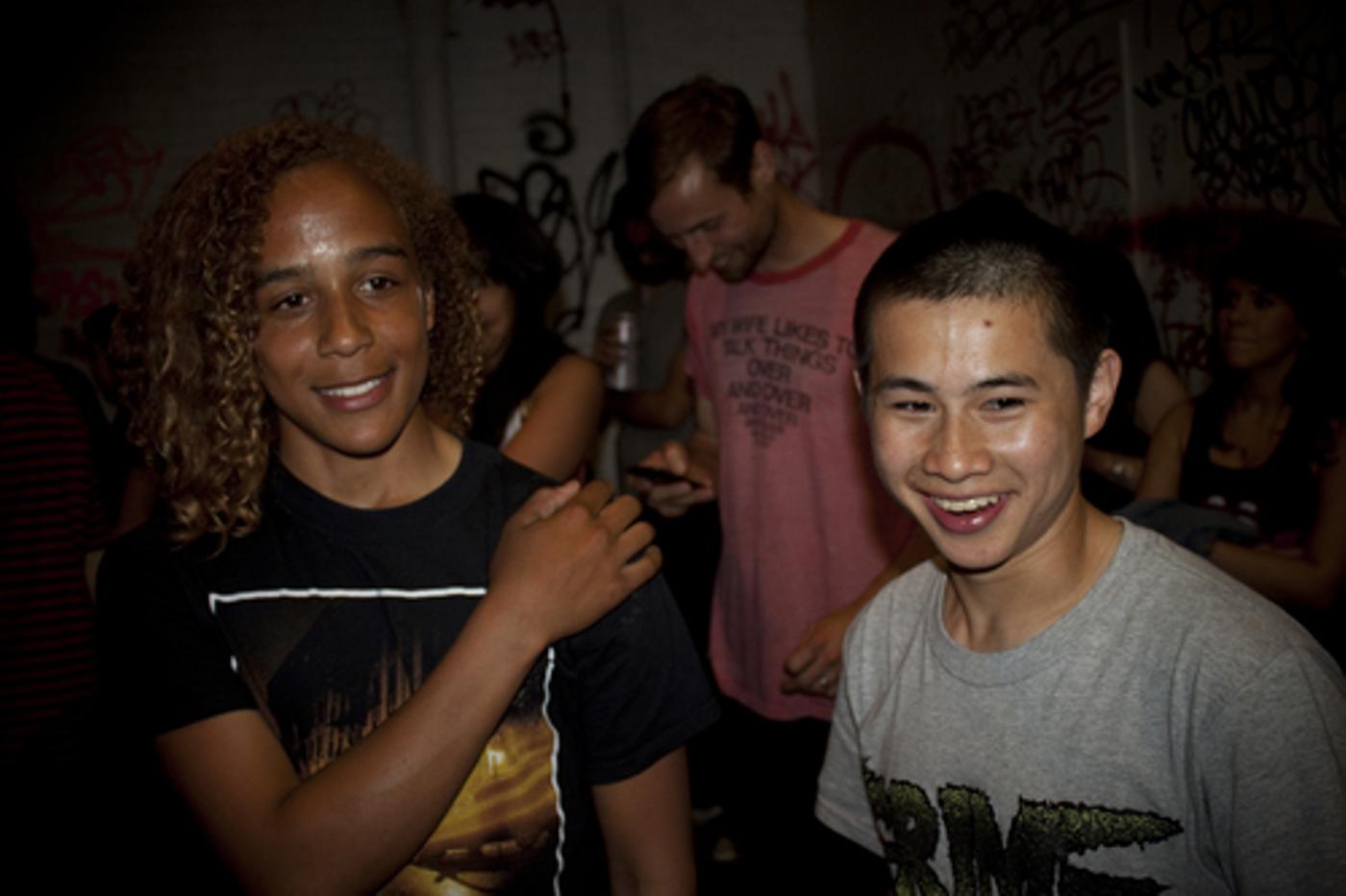 Sean and Mike are visiting from Cali. This is the only photo I took of anyone at the event. The space was packed to the brim and about 100 degrees inside. It was like being in a sauna. The riding was very street, which is what you’d expect from Animal. I don’t think I saw any park in the whole video and only a few clips of dirt riding. Since I never BMX’d and most of it is new to me, I had to gauge the success of the film off the audience’s reaction. Overall, everyone was pumped on the riding. NYC BMX is all about grinds and this video delivered in that department. It was great seeing some of the older dudes make appearances and continue to kill shit. I’m not sure how many more premieres will be going around, but if your local shop throws one, be sure to check it out!