Alex and His Miyata City Bike 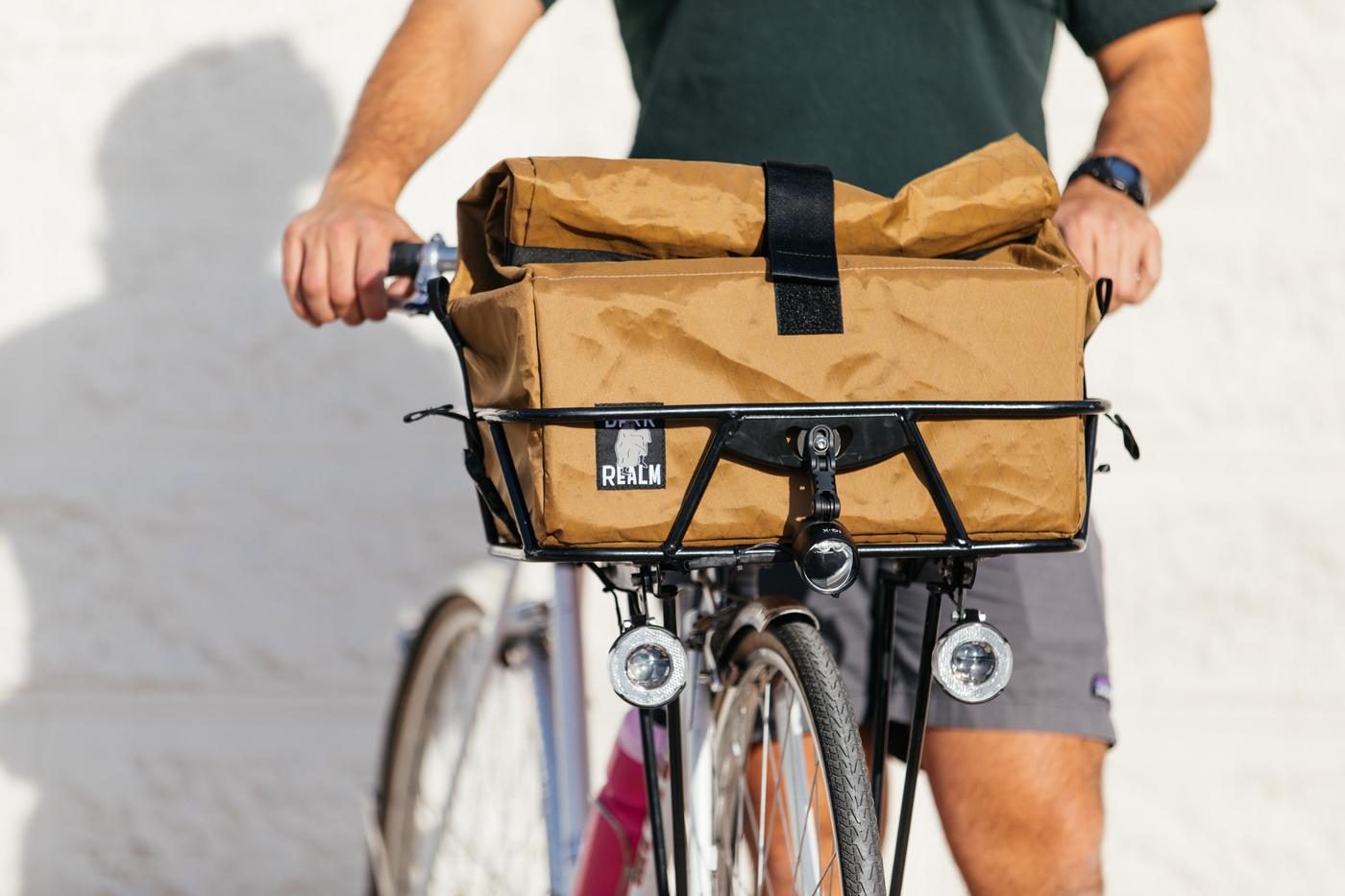 First off, he laced up a new front wheel, using a Busch + Müller system. He then split the lead wires to three lights, giving the beam an even cast, to remove the tire shadow. Each of these lights are mounted to the Gamoh rack, which holds a Dark Realm basket bag. 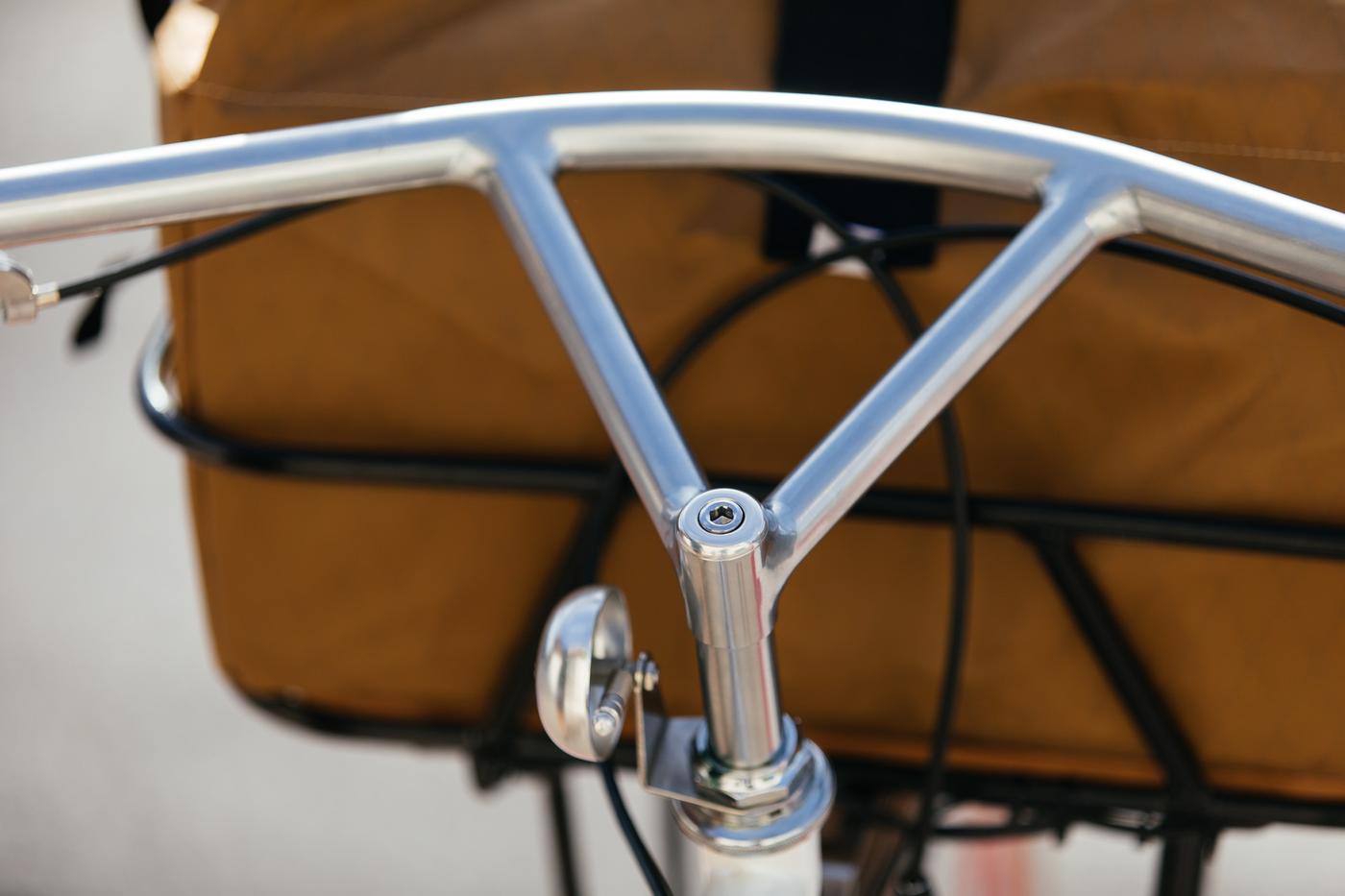 A big change was the swap out for a Nitto Bullmoose bar, to provide a more upright riding position, perfect for a city bike like this.

The contact points – saddle and grips – were updated, as well as fenders, but the bones of the bike are stock, which includes the cranks, derailleur, cassette, shifters. All in, Alex probably has $1000 in this build, which he even thought was a deal, compared to what a new bike built with a similar silhouette would cost. 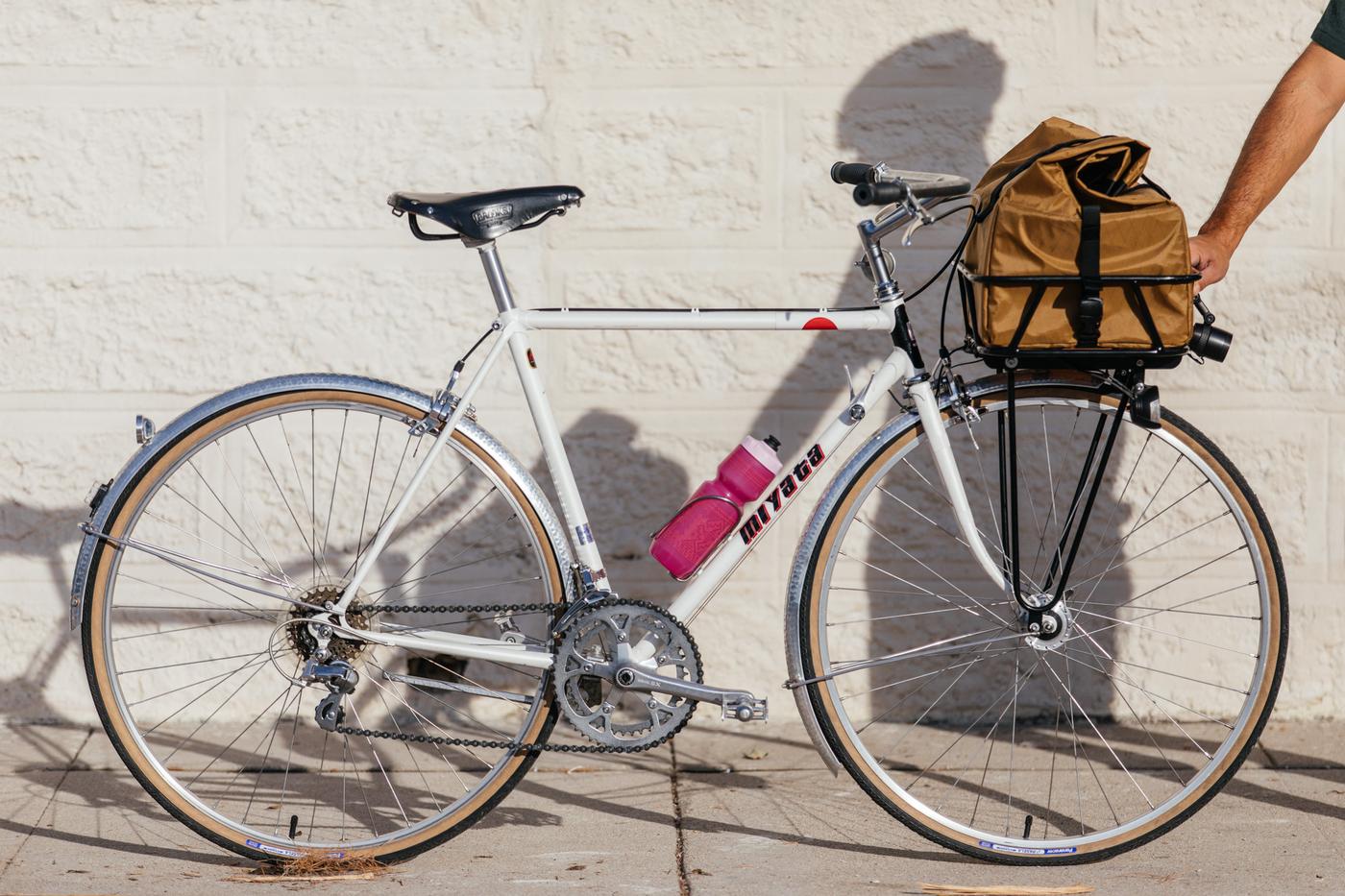 As someone who shoots hundreds of bikes a year, this one was a real treat to document. I hope you enjoy viewing it as much I as did photographing it!