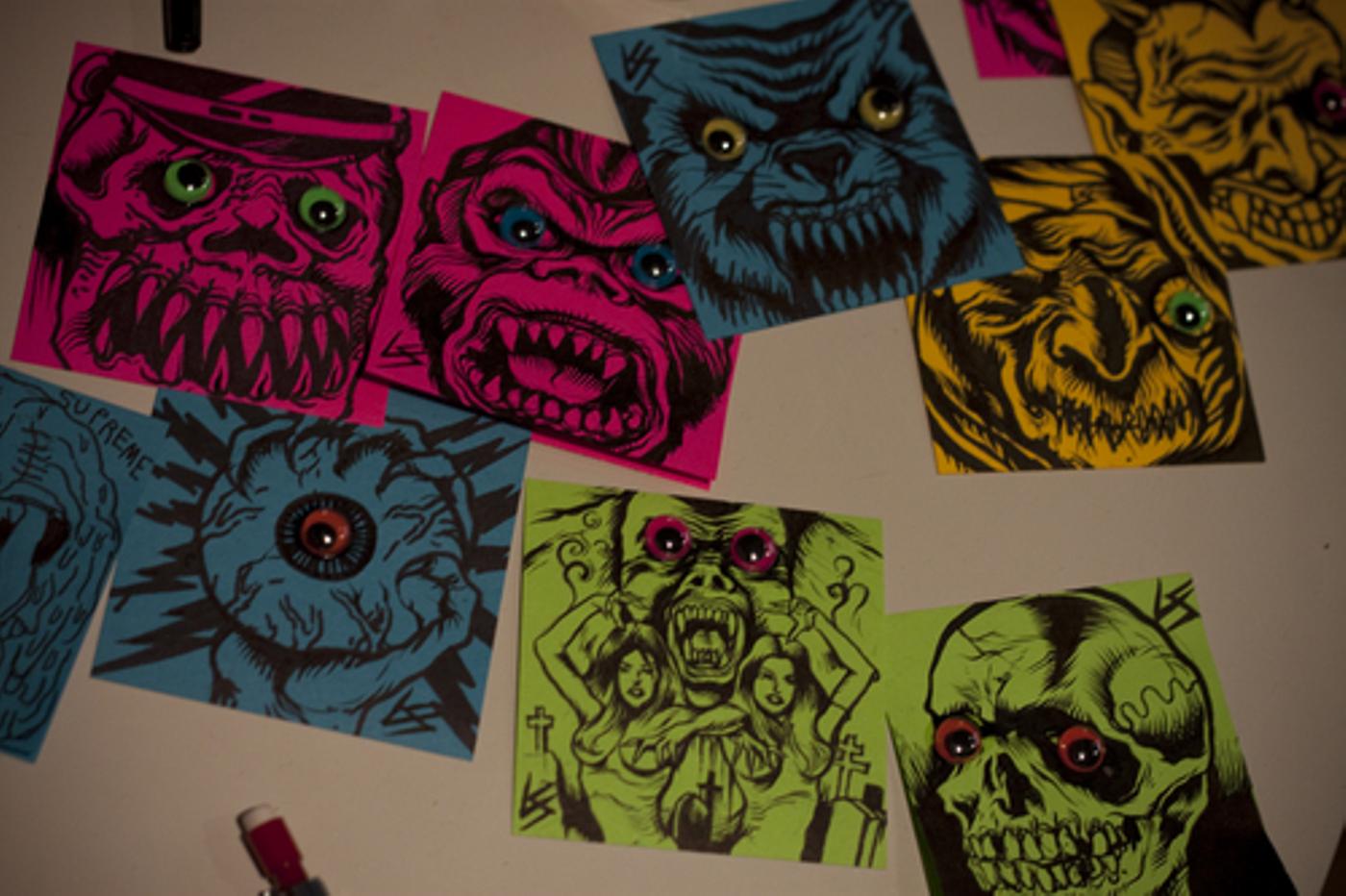 While most people were out crammed in bars or clubs spending their Saturday night out and about, I was in a secret location with a few talented artists. At first, this was going to be A Day in 10 Photos post, but the content was time-sensitive and I had to wait until today to post it. Lamour Supreme, Twerps! and Skinner were all hanging out drawing on these post-it-notes for a forthcoming Giant Robot gallery event. We had two special guests with us (who just so happened to be the “sensitive material”). The NagNagNag x Мишка Boryoku Genjin Raw Power Versions from the upcoming COOP show at 350 Broadway in Brooklyn. These two Violent Cavement NagNagNag toys are going to be raffled off at the show and I had to wait to post photos of them for obvious reasons. Even though Skinner isn’t on the list of artists for the Giant Robot post-it show, he still drew a few for Greg and Joel. …. and Skinner shot the shit all night about their influences and every once and a while, I’d chime in with some music chat. Skinner’s work is fucking surreal and this Thursday, at the Bold Hype Gallery, you can see if for yourself. Here are all the details.

… and here’s what you’ll be seeing in person. Trippy right?

It was a great way to spend a Saturday night. Hopefully you’ll be seeing Skinner’s work this Thursday and maybe you’ll even see him on here shortly.