What do you do when an accomplished athlete backs you on a gamble and encourages you to do something different. Something that might change the face of “all-road” cycling forever? Or at least for a little while anyway…

The story of the bike goes back to March in 2014, when Tim Johnson and his wife Lyne were riding in Louisville along the bourbon trail. David from Cannondale put one of these bikes under Tim and watched the atavism take over. Tim hit every curb cut in sight, skidded around corners and sprinted like he was riding his EVO… Tim’s a cross racer through and through, so dirt and speed are his top priorities. Oh and fun. Having fun too. Right Tim?

Slate is the first for Cannondale in some time. It’s not a race bike, but rather an “all-road” bike, meant for long, multi-surface rides. That doesn’t mean it’ll ride like a turd though. The wheelbase and chain stay length maintain Cannondale’s regarded handling characteristics. Because Cannondale stepped down to the 650b / 27.5 platform, they could fit a 42mm tire in the frame, without removing a lively ride quality. With a 405mm stay and a 71.5º head tube angle, you come in with a 1015mm wheelbase. Trail is snappy, yet confidence-building with 66.3mm. Throw the Lefty Oliver road suspension fork in the mix with 30mm of travel and suddenly those numbers mean a lot more (more on that stuff to come.) 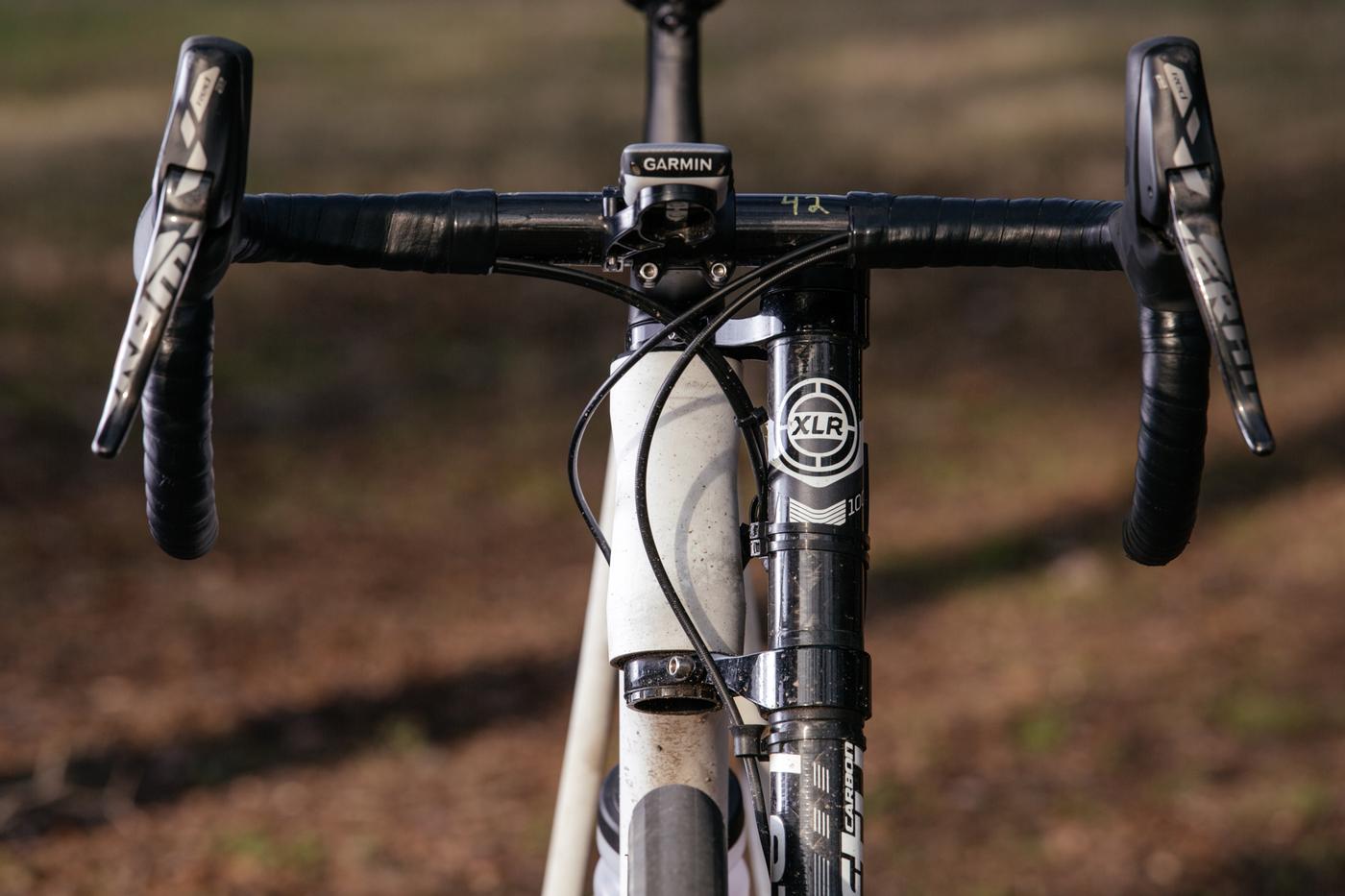 How did I come upon this bike? There I am, at Cross Nats in Austin when Tim Johnson comes up and introduces me to David from Cannondale. He said something in passing along the lines of “David’s got something special for you to ride.” I’m thinking it’s either some mountain bike or a new cross bike.

We set a time to meet up, I brought my road bike because I was told it was a road ride, which surprised me coming from Tim. After I got to the coffee shop, this strange bike comes rolling in. It had a Lefty, 650b tires and drop bars. It looked like a blast. Or was it some kind of sick joke?

David introduced himself, the bike and we began swapping pedals over. I was going to get to ride the mule, later to be called Slate. The guys only had an hour to ride, so we took to one of my favorite loops, the only Cat 3 climb in the city of Austin. It’s a gut punch on the way up and a ripper on the way down. My initial thoughts were how zippy it felt. Granted, I usually ride a 58cm and this was a 56cm sample bike but it was easy to feel what Cannondale’s intent was. Sure, it looks wacky but isnt this what everyone’s trying to do, without actually doing it? You always see these little damping systems inserted into bikes to “soften” the ride. Even in the pro peloton. Races like the Roubaix have caused companies to experiment with suspension for decades. So why not introduce an actual fork to the consumer market using the Synapse’s tried and true geometry as a launching pad?

I’m totally aware that you’ve got questions. Truth is, I have a few answers, but I’m not willing to disclose them just yet. It’s easy to get stoked on something new, quirky and fun, but how would it handle for a long, multi-surface ride? Time will tell for me. All I know is the Lefty Oliver road suspension fork is something that I’ve never felt from a fork before. If I could compare its ride quality to anything, it’d be the RS-1. More on this bike to come… Slate is almost ready to be out there. Full models will be released June 20th to Cannondale dealers and Sales. Got questions? Holler in the comments. Someone will chime in!