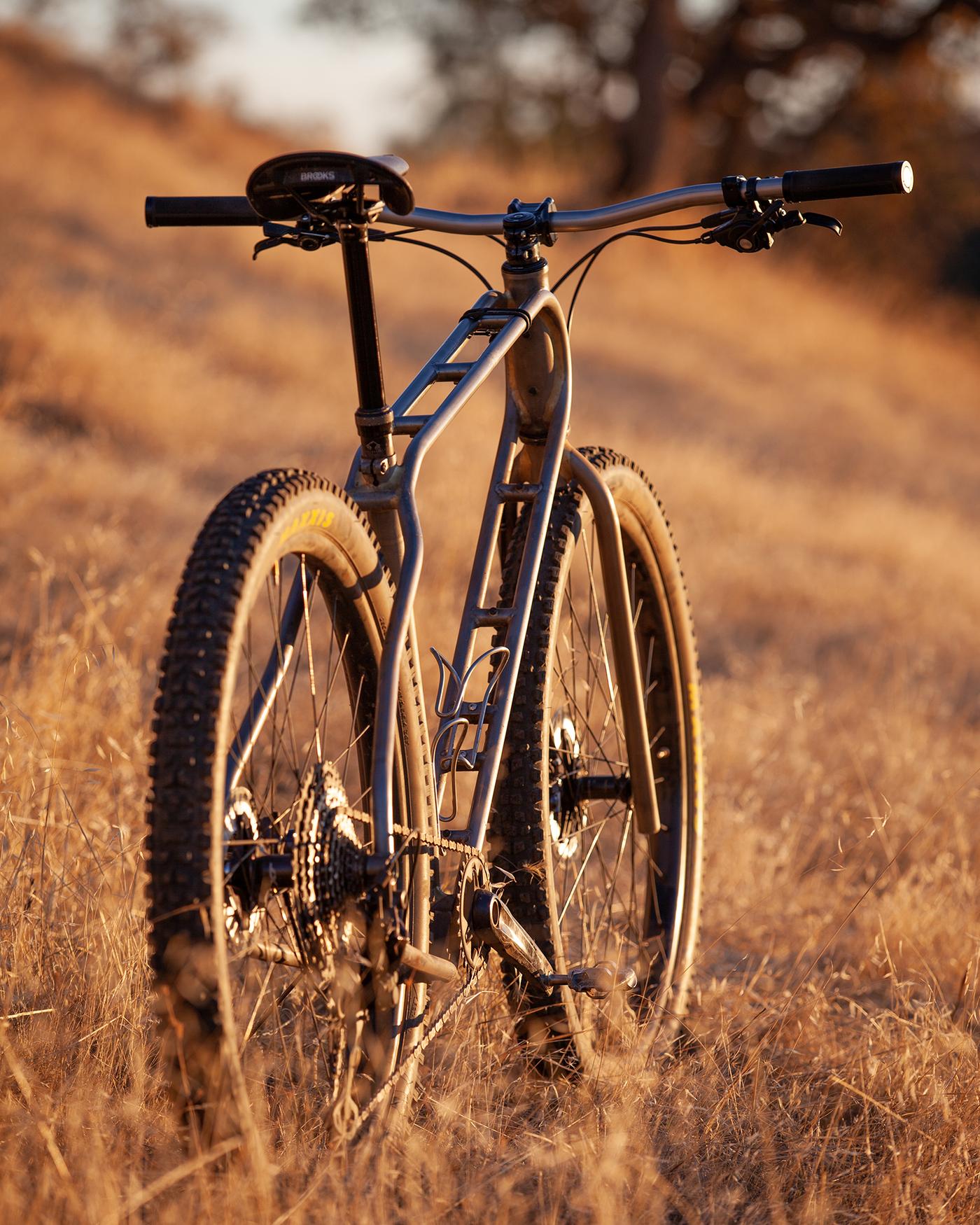 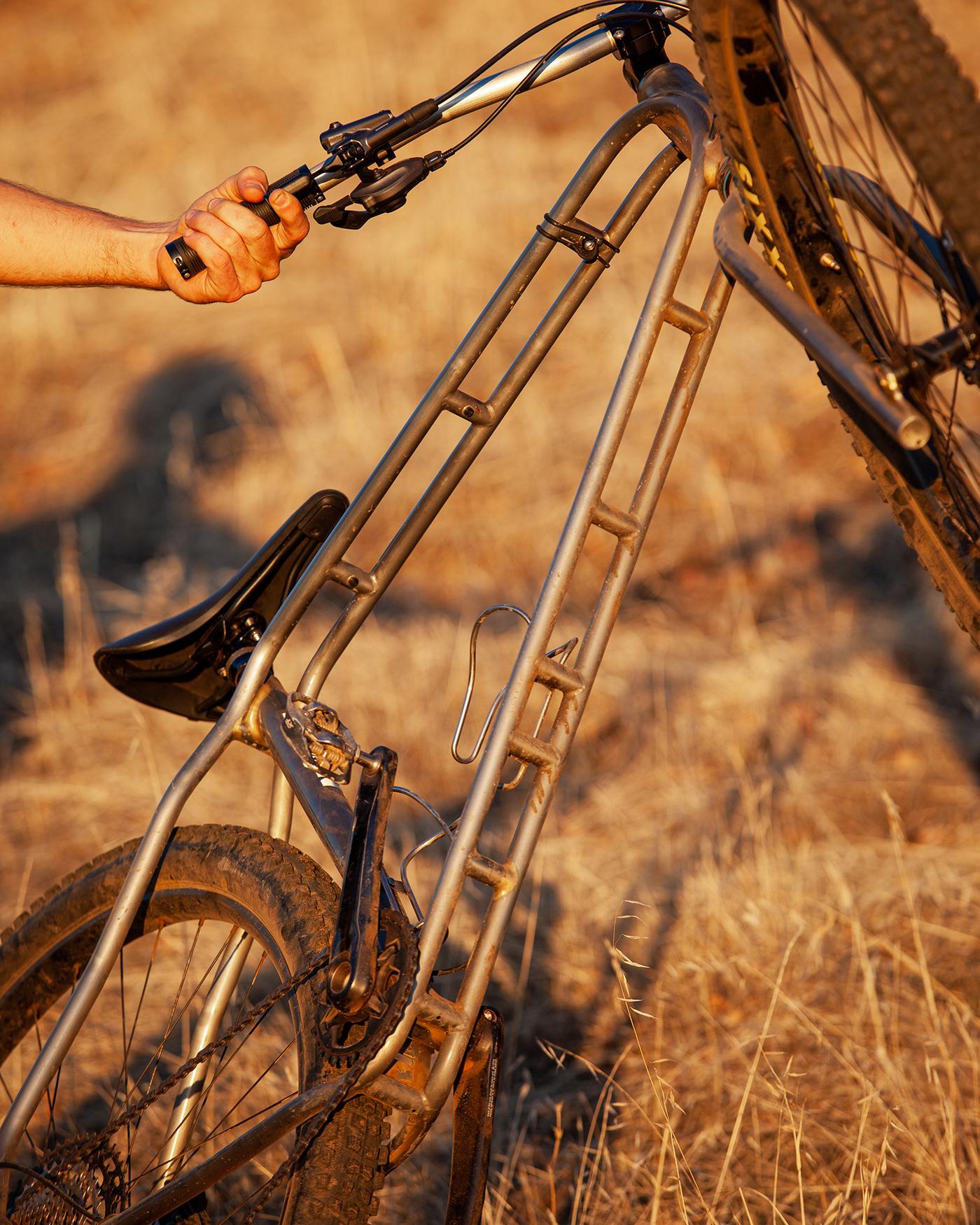 I recently got the chance to point my camera at this crazy project and asked Tyler what the backstory is, and here’s what he had to say:

Dax Downey is a key and integral part of the Chico cycling community. He’s known for his easy positive nature and seamlessly never-ending enthusiasm for bicycles. He opened GreenLine Cycles in 1992 while in his mid-20’s in Oroville, a foothill town just 20 minutes south of Chico. An impressive plunge to take for such a young person. Before deciding to open a second location in Chico, Dax had the dream of creating a small US frame building business making downright functional and stylish do-all bikes. The concept was to design the frames in a manner that took a bit of the esoteric skill out of frame building. The main section of the frame would be 2 mirrored, CNC bent, continuous tubes. This, in theory, would allow you to throw a seat tube and head tube between them, weld on some dropouts and call it a bike. The intention was to be able to hire friends and folks in the community while still building affordable, and most importantly, US-made bikes. When sorting out the geometry, we wanted to maintain the soul of the original bike design. These bikes were never intended to be another reason to justify N+1, they were to be your daily driver/catch-all/do-all vehicle. With plenty of attachment points, tire clearance, fender capability, bag and rack, SS, and Coaster brake, it would literally allow you to turn it into virtually anything within reason. Now, our version decidedly left out the coaster brake compatibility and SS option because we knew it wasn’t ever going to become such a rig, and rather it would be mostly ridden as a rigid MTB or maybe a burly gravel rambler with slightly narrower tires. 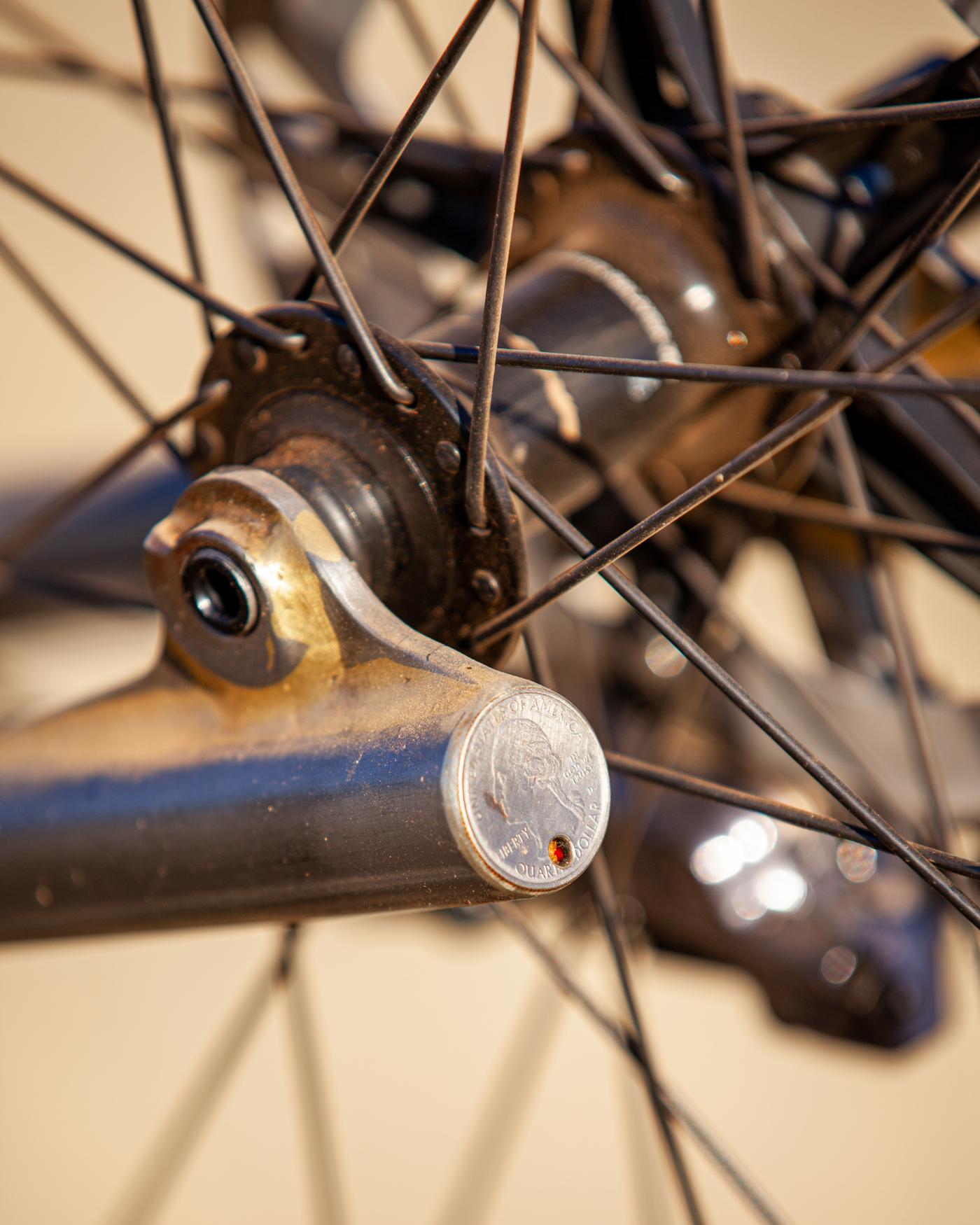 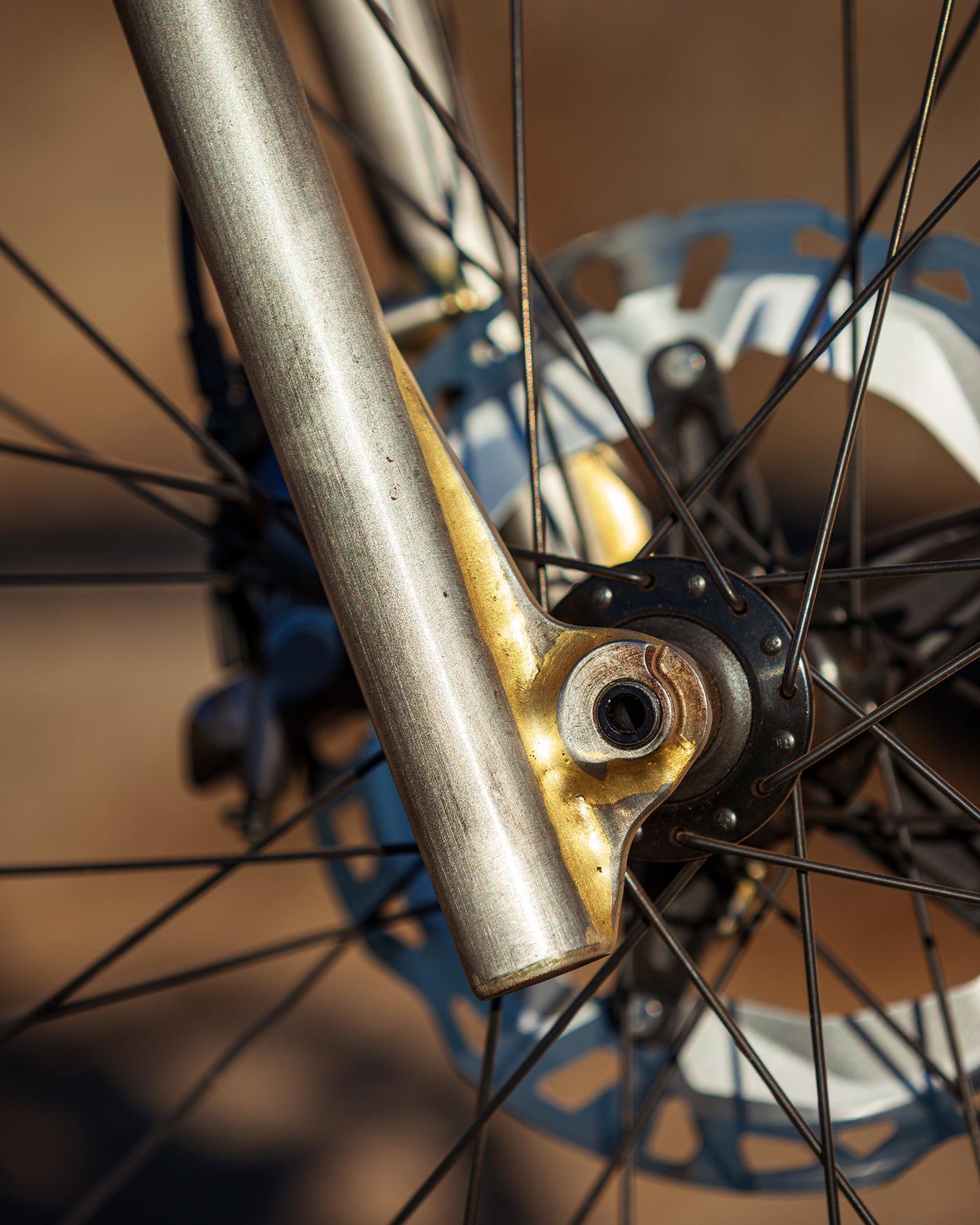 This design was driven by the necessity of a CNC tube bender to make the main frame, and yes, this would allow for a somewhat simple process to build frames in batches. But alas, I am not a computer-controlled device, nor would it have been reasonable to have someone CNC bend up a single one-off. So there I was, with my little manual Hossfeld tube bender, a notepad, and what I thought was about 4 times too much material. The amount of head-scratching and stressful nights ruining material in attempts to achieve a rather complex set of bends that all had to match up and appear as a seamless and contiguous tube… still makes my eye twitch. 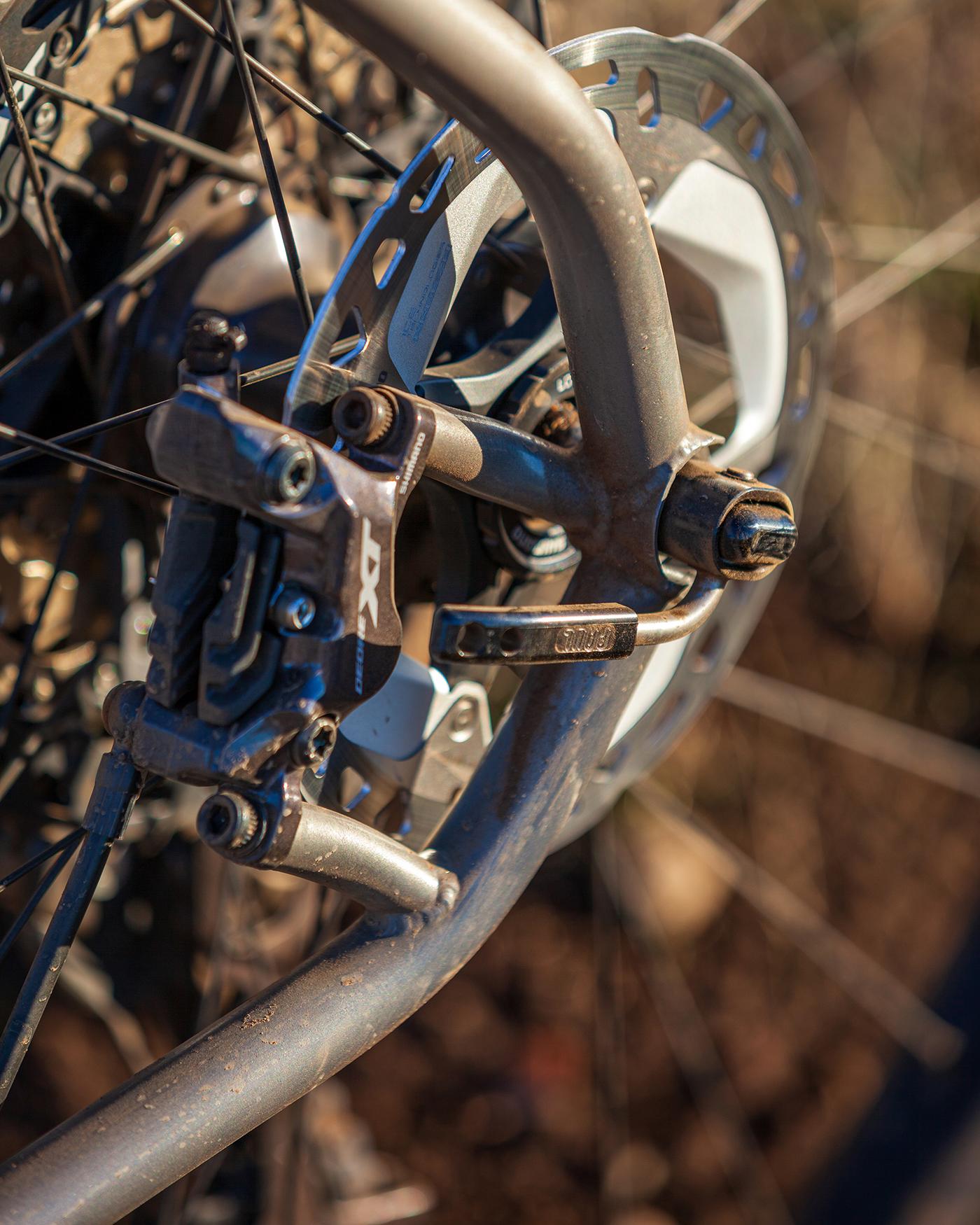 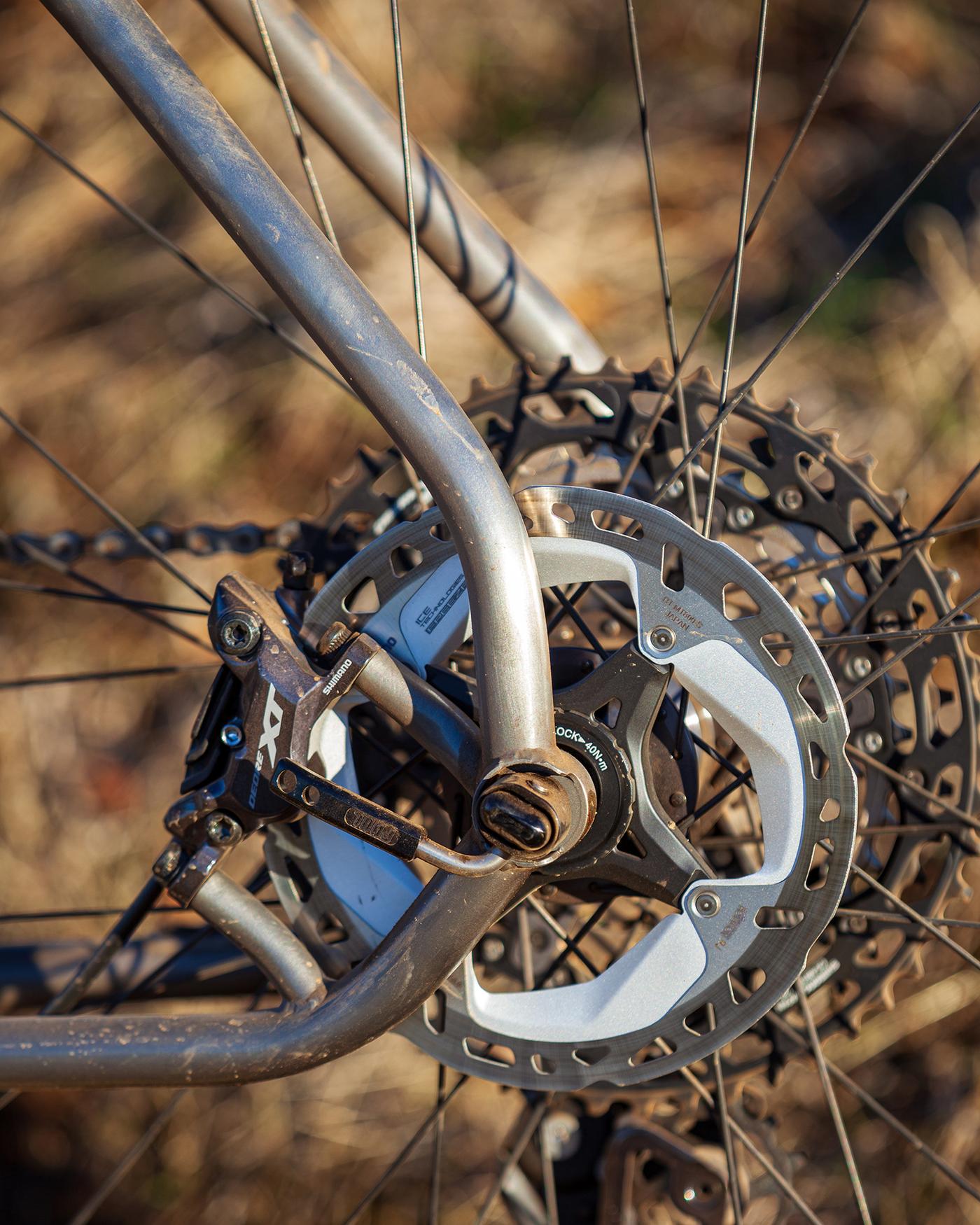 Each side of the frame had 4 individually bent tubes that are joined via steel couplers that get pressed into each tube. The couplers are then secured by 3 rosette welds on each side and a seam weld. Using 4 different sections of tubing was a complete and total nightmare to pull off, however it had a pretty supreme benefit of being able to use different gauge tubes for each section to dial back the weight and help the ride quality a bit. 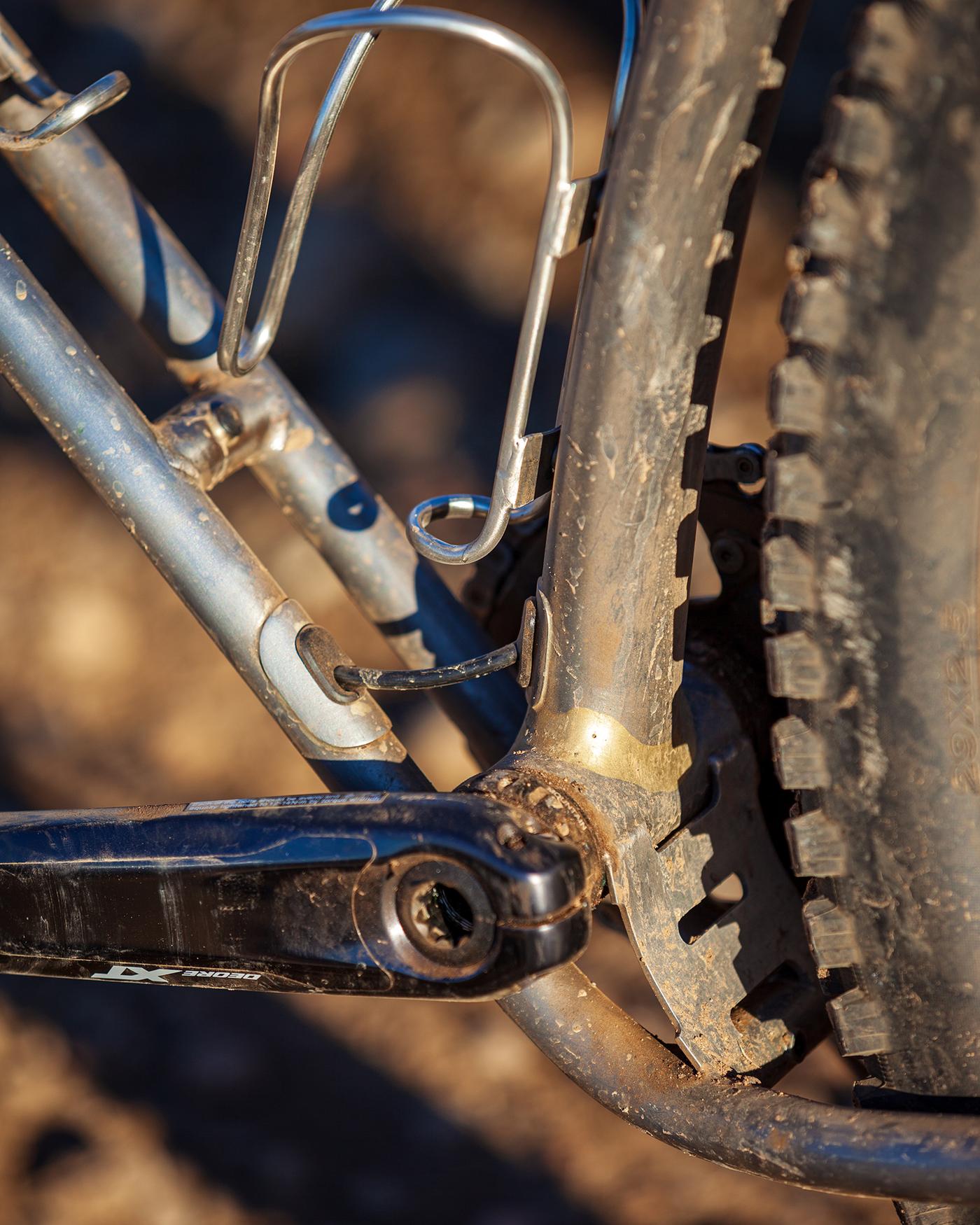 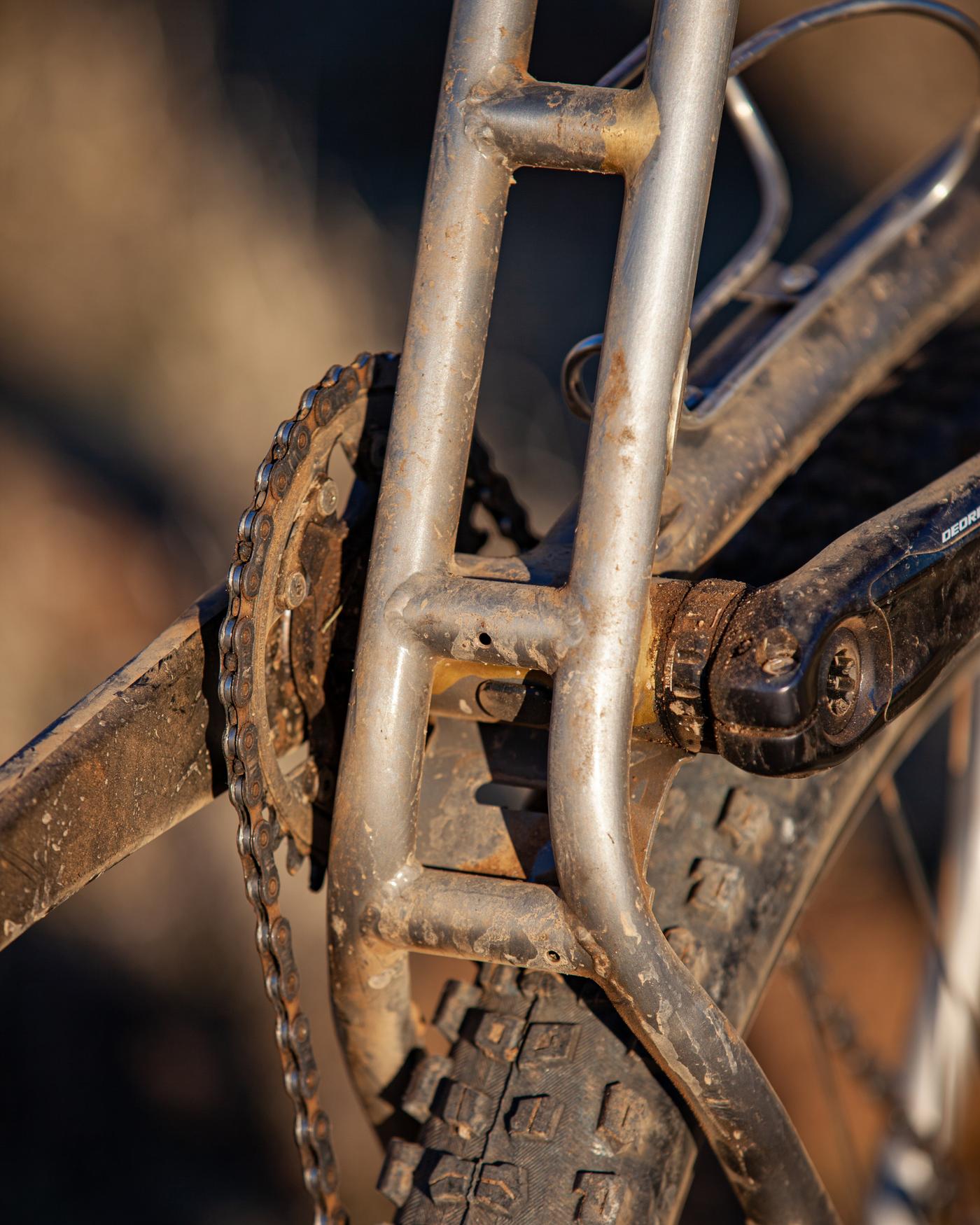 This project absolutely pushed my boundaries and forced me to get creative in order to execute a couple of the tight and compound bends around the BB and seat tube junction. Along with machining, a couple of custom dies for my bender, the experience and skillset opened up a heap of possibilities which led me to, now, making all of my chainstays from scratch and being able to produce some super fun handlebars for both MTB’s and my moto. Every time I drop by GreenLine Cycles and see this bike in person I’m reminded of all the little weird details throughout, like the curved and hand carved BB/CS bridge, the crazy seat tube junction, and the monster miter and fillet joining of the head tube. I built this bike about 11 months ago and at the time Dax asked me if I’d ever build another one. We decided to ponder that question maybe 6 months from then. Now, almost a year later, I’m still hesitant to answer that question. Feel free to blast me with questions in the comments, just maybe not about building another!