Today was one of the busiest days I’ve had in forever. For those of you who didn’t catch this on my Twitter, I’m spending the Winter in Austin, Texas. Preparing for a seasonal trip take a lot of time and today, all my plans came crashing down as I had to squeeze in a few extra errands. All that and my posts for yesterday were scheduled for 2012, not 2010. Bad omen? Maybe.

One of my visits today was to Seth Rosko‘s studio. He’s been busy with building and retrofitting motorcycles that it’s easy to forget this dude is doing big things. In every sense of the word, Seth is a master. Soul craft at its finest. I stopped by to check out his new BMXs that have been making headlines (even his 26″ big bikes are blowing up!) and got sucked into the veritable eye candy that is he and Johnny Coast‘s workshop. This bike is the epitome of a race bike. Owned by a collector with world-wide recognition and being worked on by Seth at the moment. Part of his day today was spent renovating a bike for a very important customer. I can’t say who it is but it ain’t for no Uptown Girl. The simplicity of motorcycles is rather appealing. 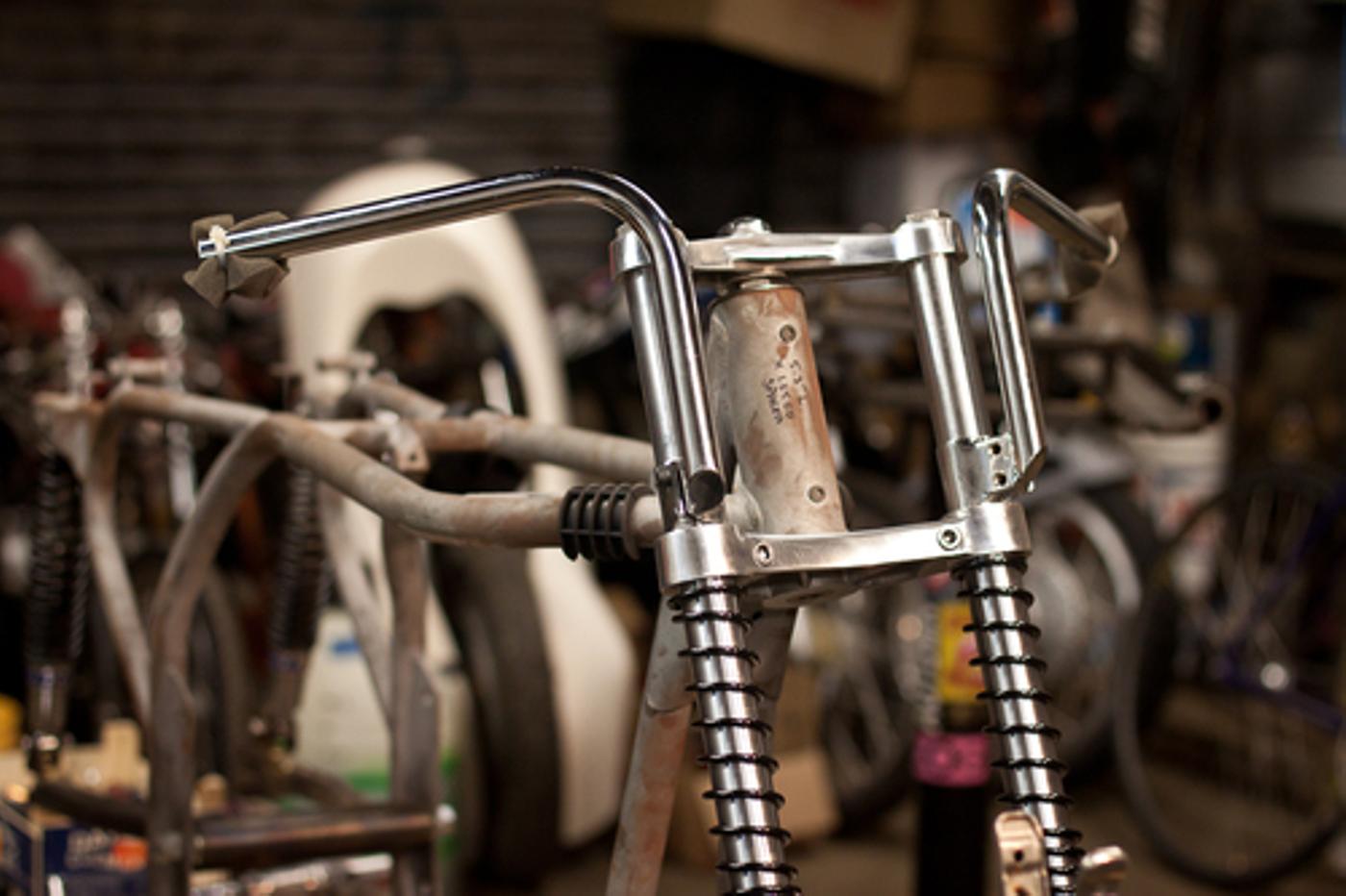 Much like a bike, they’ve got a frame, fork, bars and wheels. Some of the details are familiar. A lot of the same machines are used to modify them.

As are the hand tools. 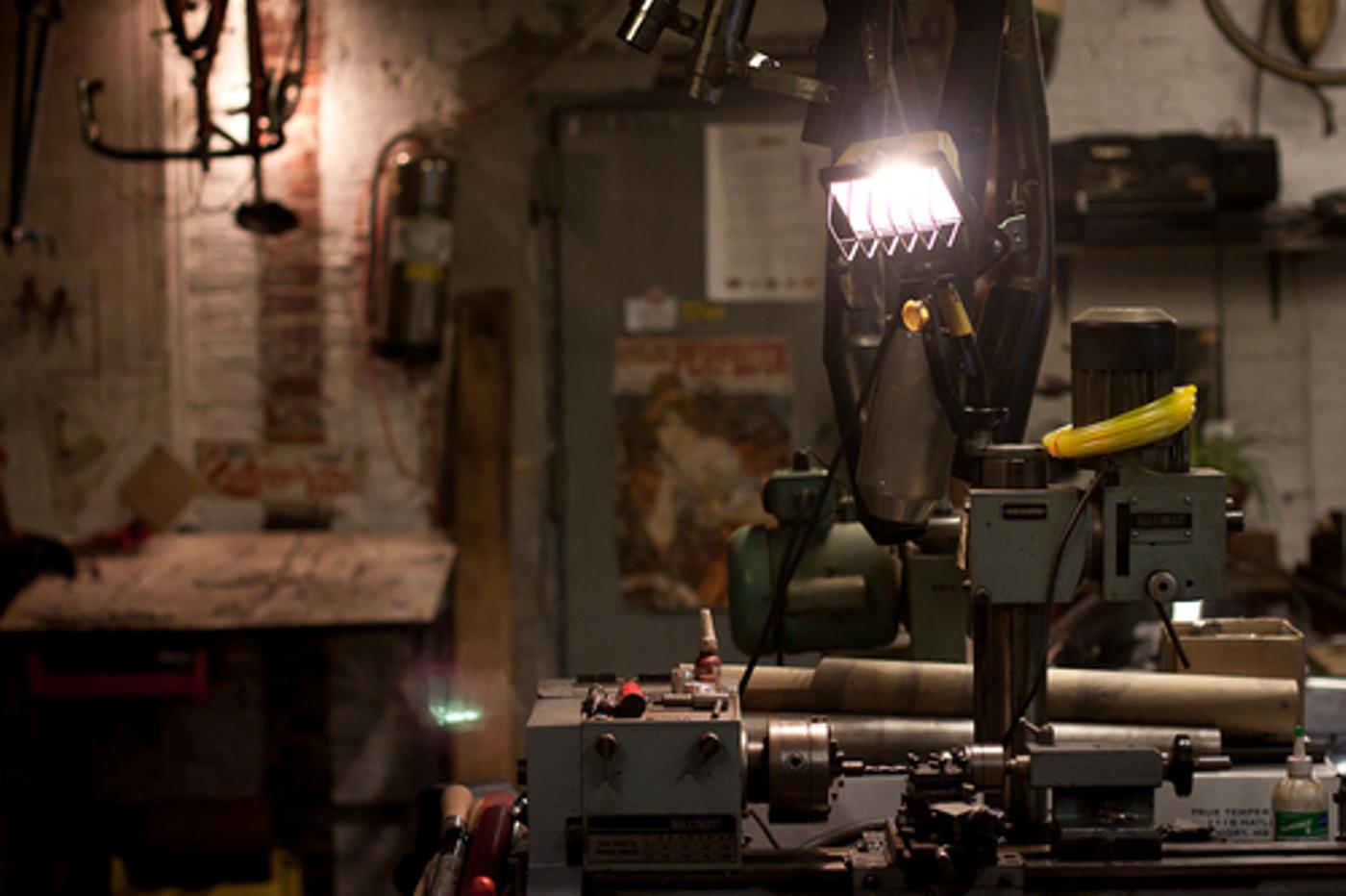 But there’s one thing for sure. Nothing beats the thrill of pedaling for power. Check back later today for a look at Seth’s new BMX frameset. You’ll be seeing a lot more from Rosko in 2011!