Saturday was a busy busy day. Jon from Atlanta came into town for the weekend and Tony Fast came up from Philly. All Jon wanted to do was race at the track all weekend and Tony just wanted to ride. With the Yowelli jam going on, we headed out early in the morning to catch some of the late-summer sun. Guys were going big, as you can see! While Jon was getting kitted, so kitted, he showed us his chest piece. … and his PAC bag. We got a quick bite to eat and I pointed him towards Kissena. “It’s that way!” 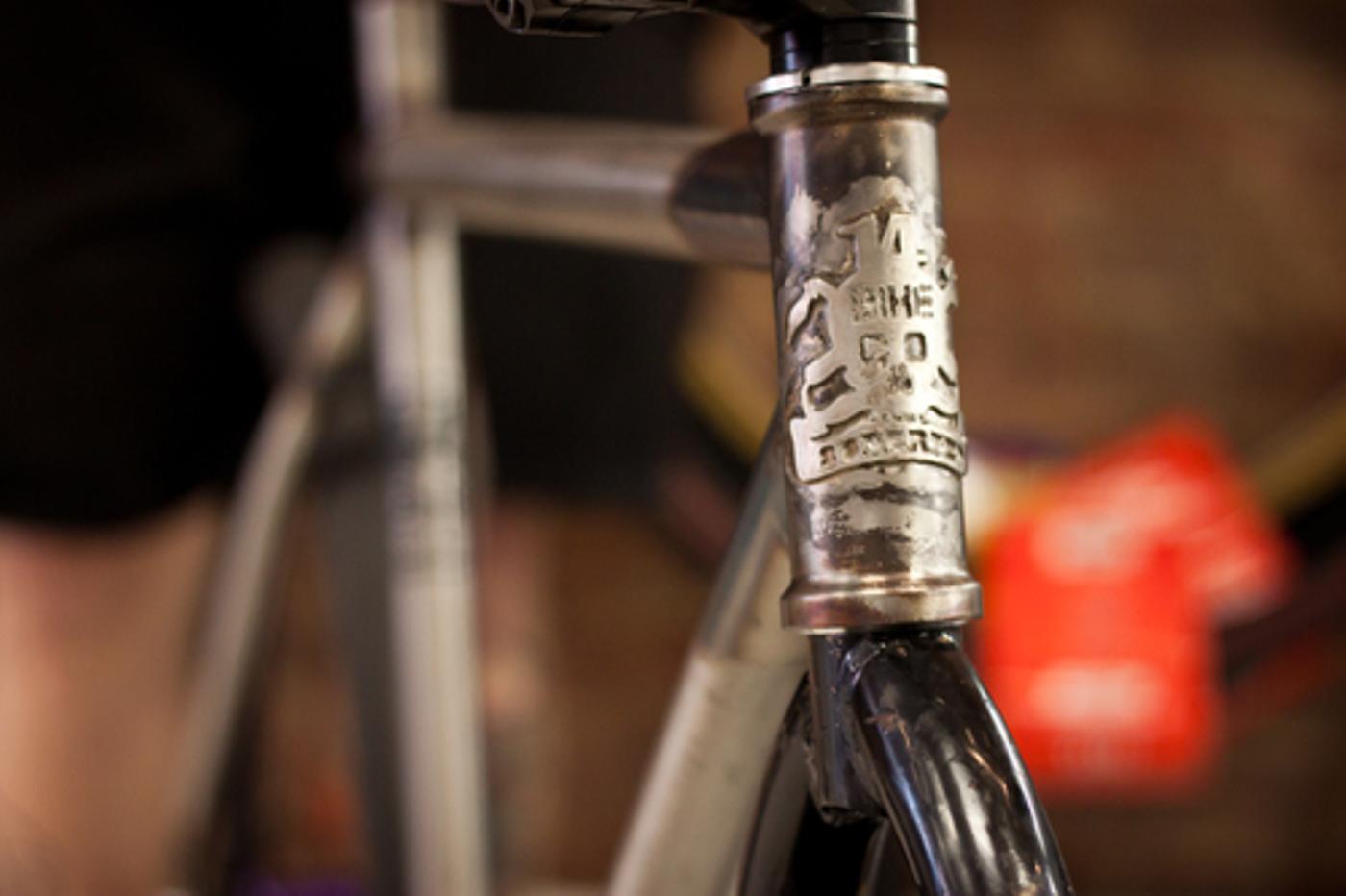 Dr. Fast met me at Affinity where he showed off his new 14 Bike Co. ESB. Diggin Ted’s new headbadge. While Tony was screaming and cussing at his bike, I got distracted by the RC copter flying around the shop. Once he got his bike problems sorted out, we headed out to the Yowelli jam. BMXrs, fixed and big bike guys messing around outside Coast’s shop. After a long day of racing, Jon came back to Brooklyn. Immediately we headed into the city to check out some shops. We didn’t have much time so we hit up Rapha and NYC Velo. All Jon wanted was some coffee but Rapha’s bar had closed. So we headed over to Bond street to have some espresso from an actual Faema E61 at Cafe Smile. This truck was parked outside. Nice messenger. Beat from the day, the espresso went down smooth. Later that night, all hell broke loose as we discovered Budhounds. If you don’t know, ya better learn!

Check out a bunch more photos from the day on my Flickr.