Friday was a busy one. After a photo shoot, I headed over to the Ladies Army II polo tournament that just so happened to be down the block from my apartment. I’ve never seen such a well-organized and official polo tournament in my life, nor have I ever seen so many women playing polo in general. It was a real scorcher that day, with temps in the 90’s. Yeah, that’s a penalty box. Pretty awesome. The guys were there early Friday setting up the barricades. After the Ladies Army II tournament, came the ESPI, or the East Side Polo Invite. Polo has come a long way since the ESPI was first created, five years ago. 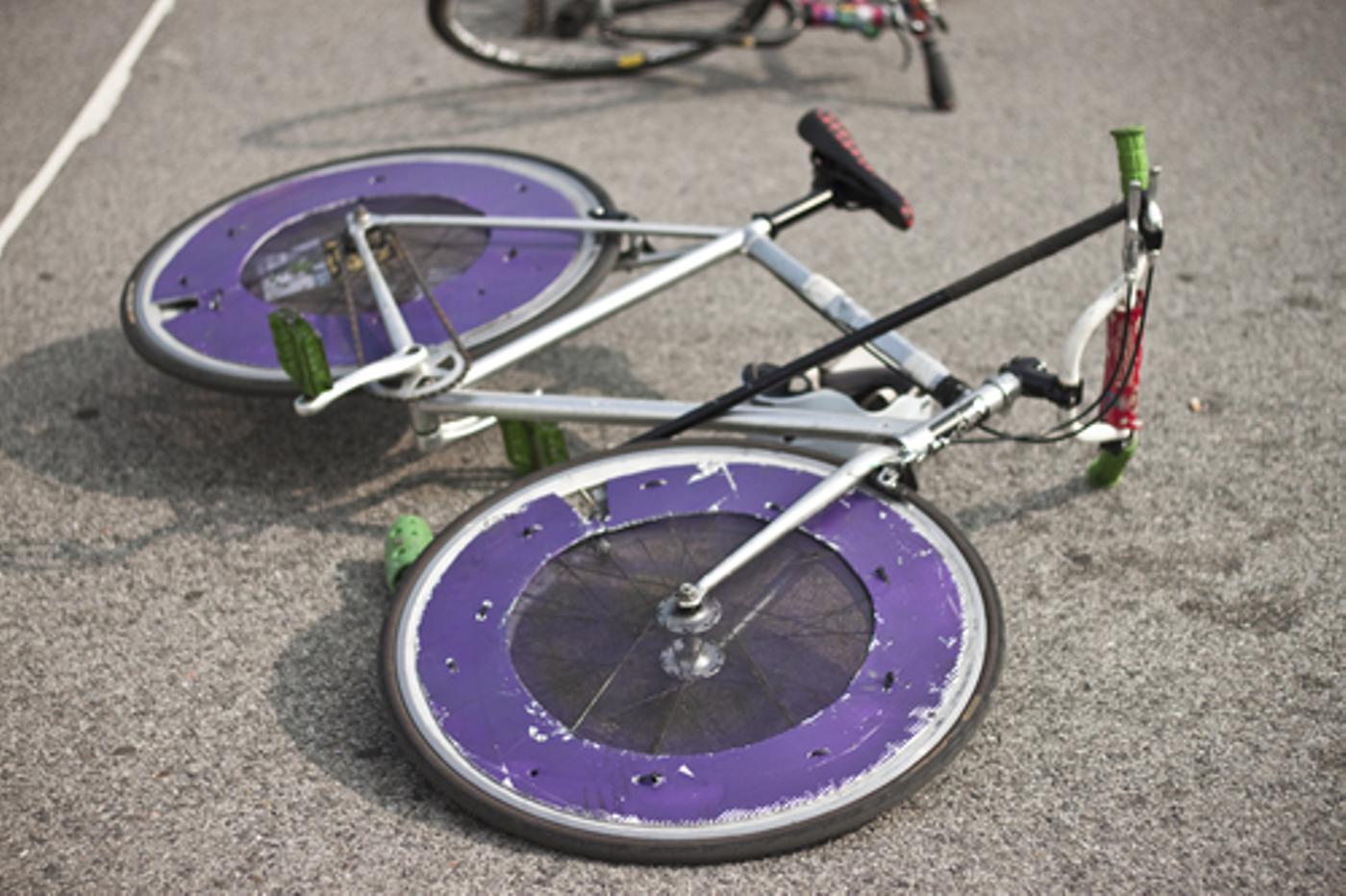 Polo bikes, like fixed freestyle bikes, take on their own personality. I think it’s fucking amazing at how tough people are on their polo bikes. How does this even happen? The ESPI and Ladies Army had official sponsors this year. So many cyclists were there. I’ve never seen more people at a polo event. I think they caught the neighborhood by surprise. … and official shirts. I didn’t get to make it out to any of the other events, but I bet everyone had a blast!