Friday began like every other morning last week: slow and groggy. The guys from Texas were like cesium in the glass of drinking water and I don’t think any of us were prepared for the amount of nonsense that we were going to engage in. When we finally left the house, the need for u-locks was non-existent. 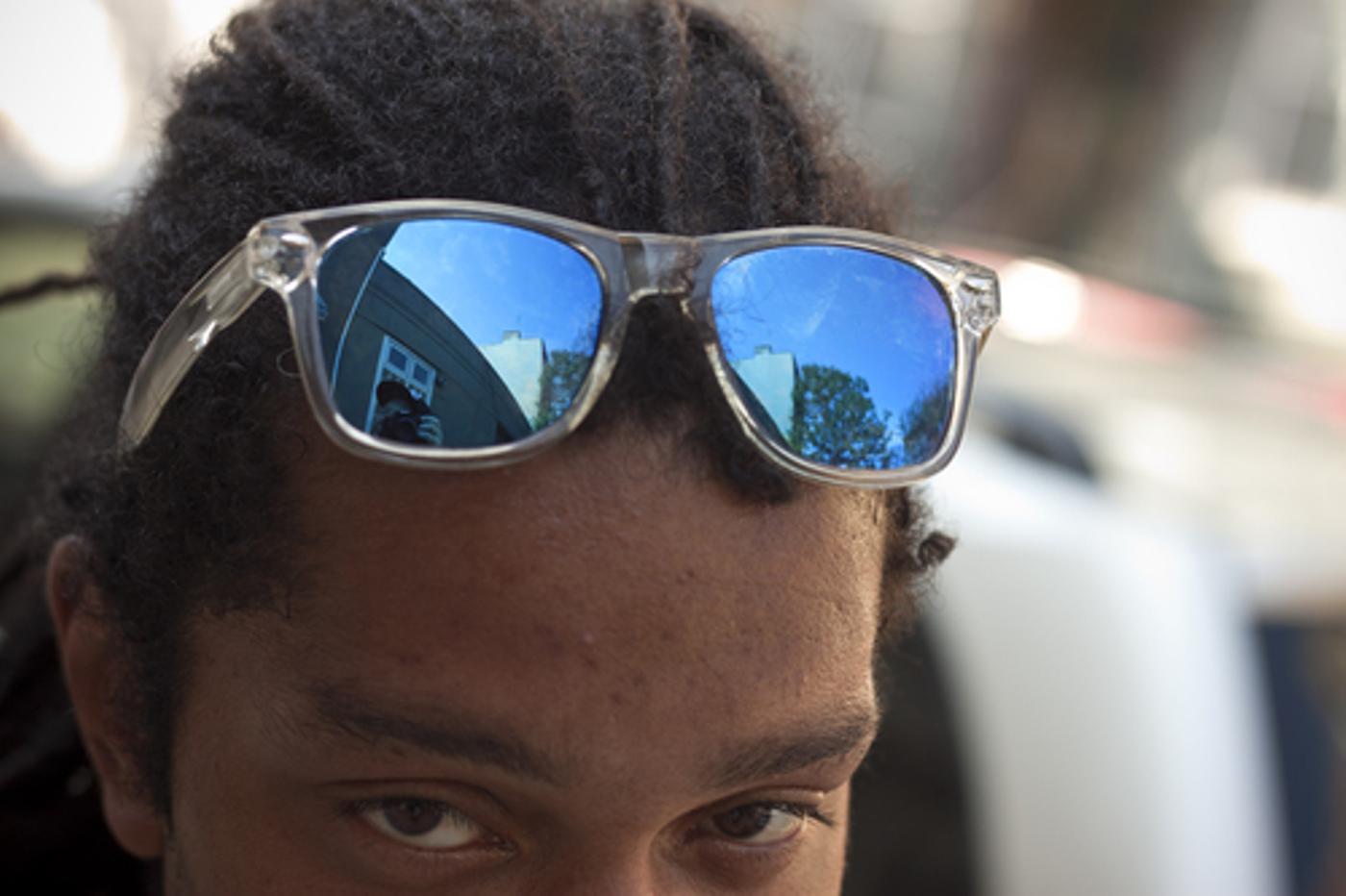 We randomly bumped into Stoned Tone and he let me shoot the sky. Then Kyle from Tracko showed up and we did our best to put his bike out of his reach while he was distracted. Damn leprechauns have ups! 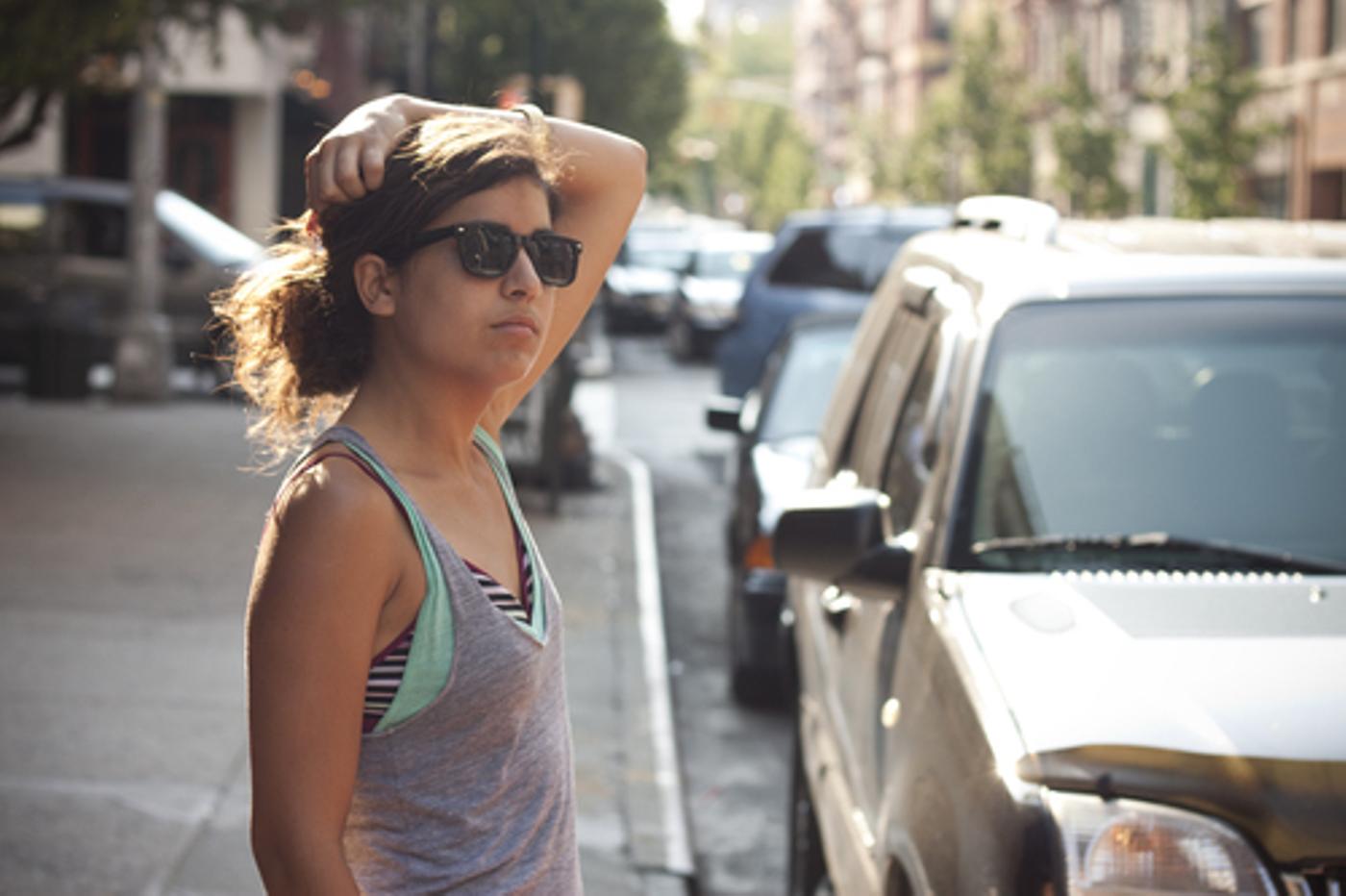 Emily from Mellow Johnny’s was enjoying the NYC sunshine. Somehow Tony can pull off any outfit.

One of the best KHS aero track builds in NYC belongs to MLP. I’ve always loved these bikes! I don’t think anyone really knew what to expect with the weather during this year’s BFF. Every year, it would rain and rain which put a huge damper on the fun. This year though, the sun was out shining in full force. Then, something happened and everyone got a little restless. We headed over to the BFF for the Friday night screenings and it was all down hill from there out! 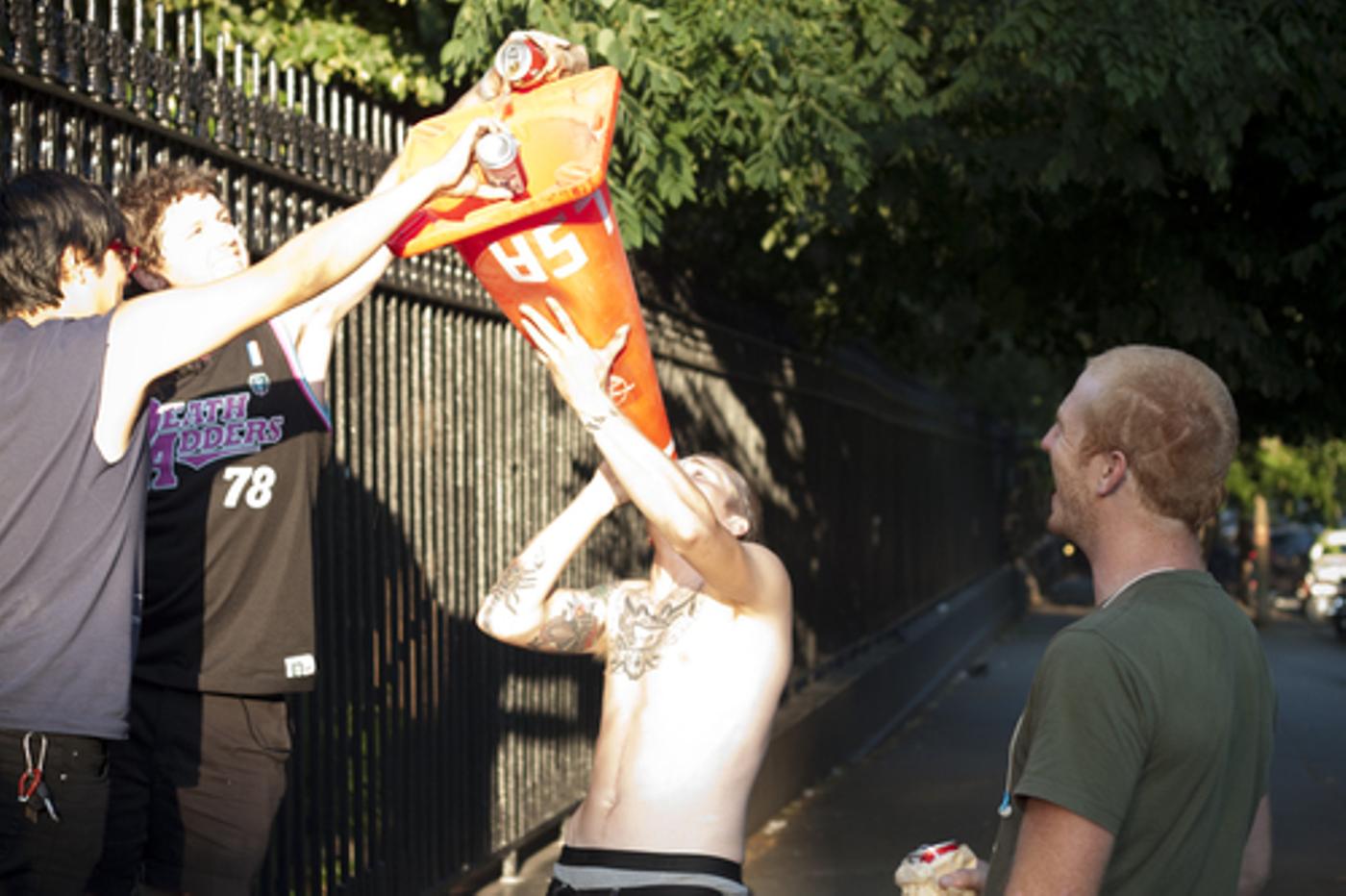 Yes, that’s Justin Taylor, the myth, man, living myth, funneling two tall boys out of a road cone (and you wonder why he spends the night on the street and showers in fire hydrants). Which then lead to other late night debauchery at the after party.

I don’t think A Day in 10 Photos does this week justice. Head over to my Flickr to catch all the action and expect more updates from this weekend to follow as soon as I catch up!