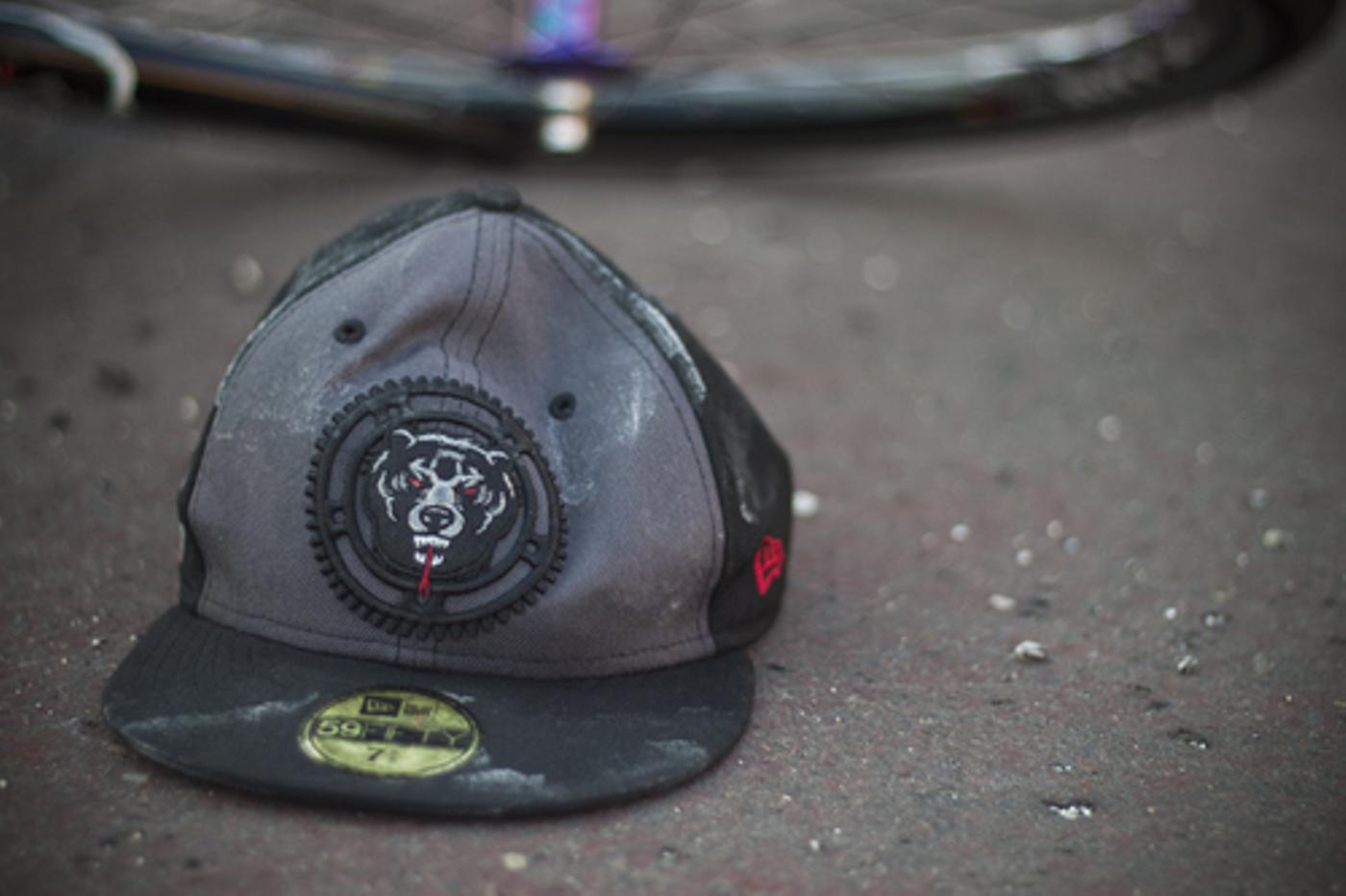 Last Thursday I went down to Philly to ride with Tony, Drew and the Water St. Sessions crew. It was exactly what I needed to get me pumped on fixed freestyle again. I’d been training for the track and riding the road bike so much that I couldn’t justify hurting myself riding fixed. Sometimes a change of scenery and a fresh perspective is just what you need to get stoked again.

A few things were worth noting on this trip and Tony’s D.A.R.T. New Era was one of them. That’s shear dedication! Look at how wrecked it is. 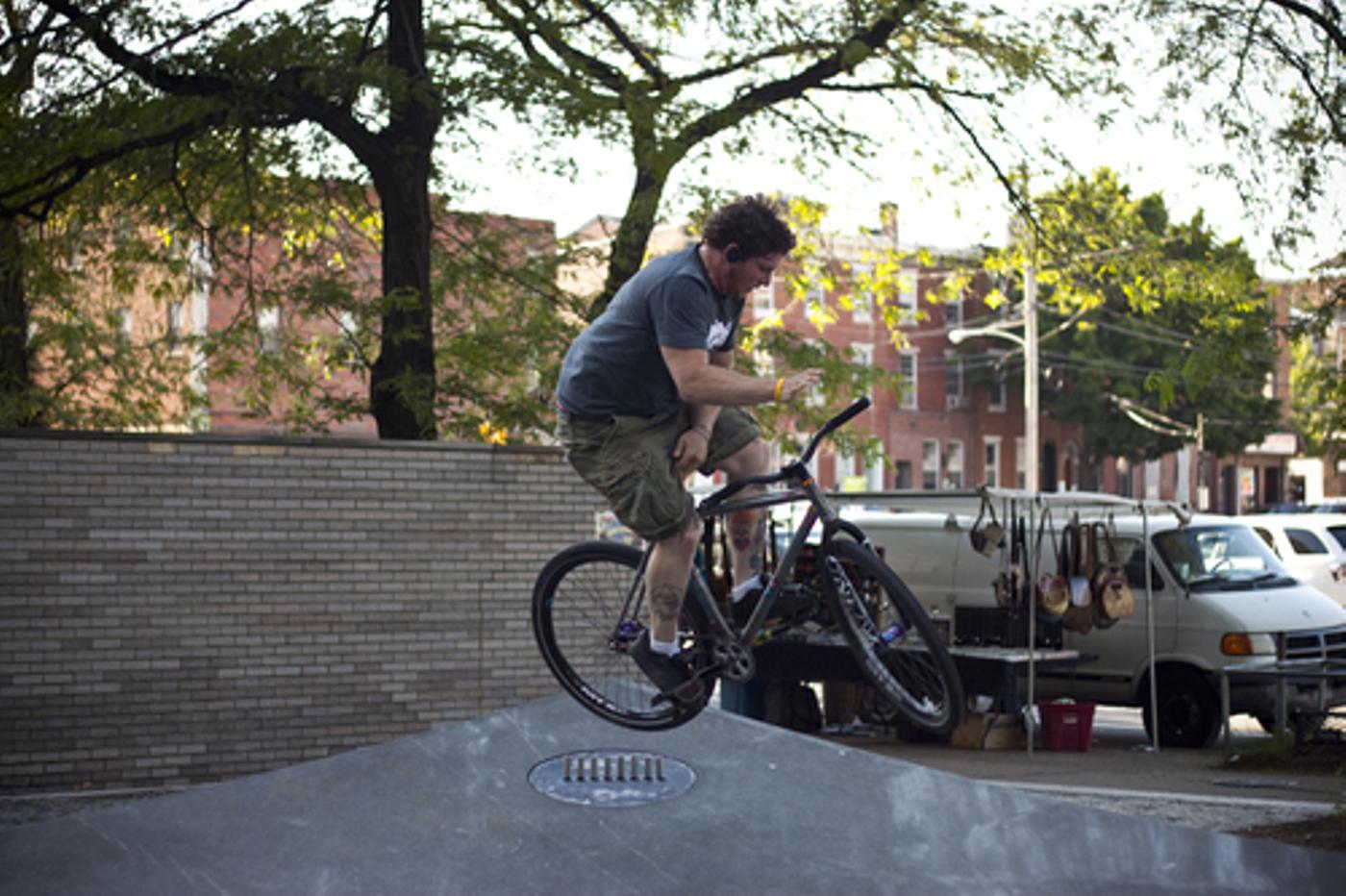 Tony was going OFF all day. I can’t remember the last time I’ve seen him so stoked to ride. Here’s a clean 180 bar inside the dish at the Federal building. 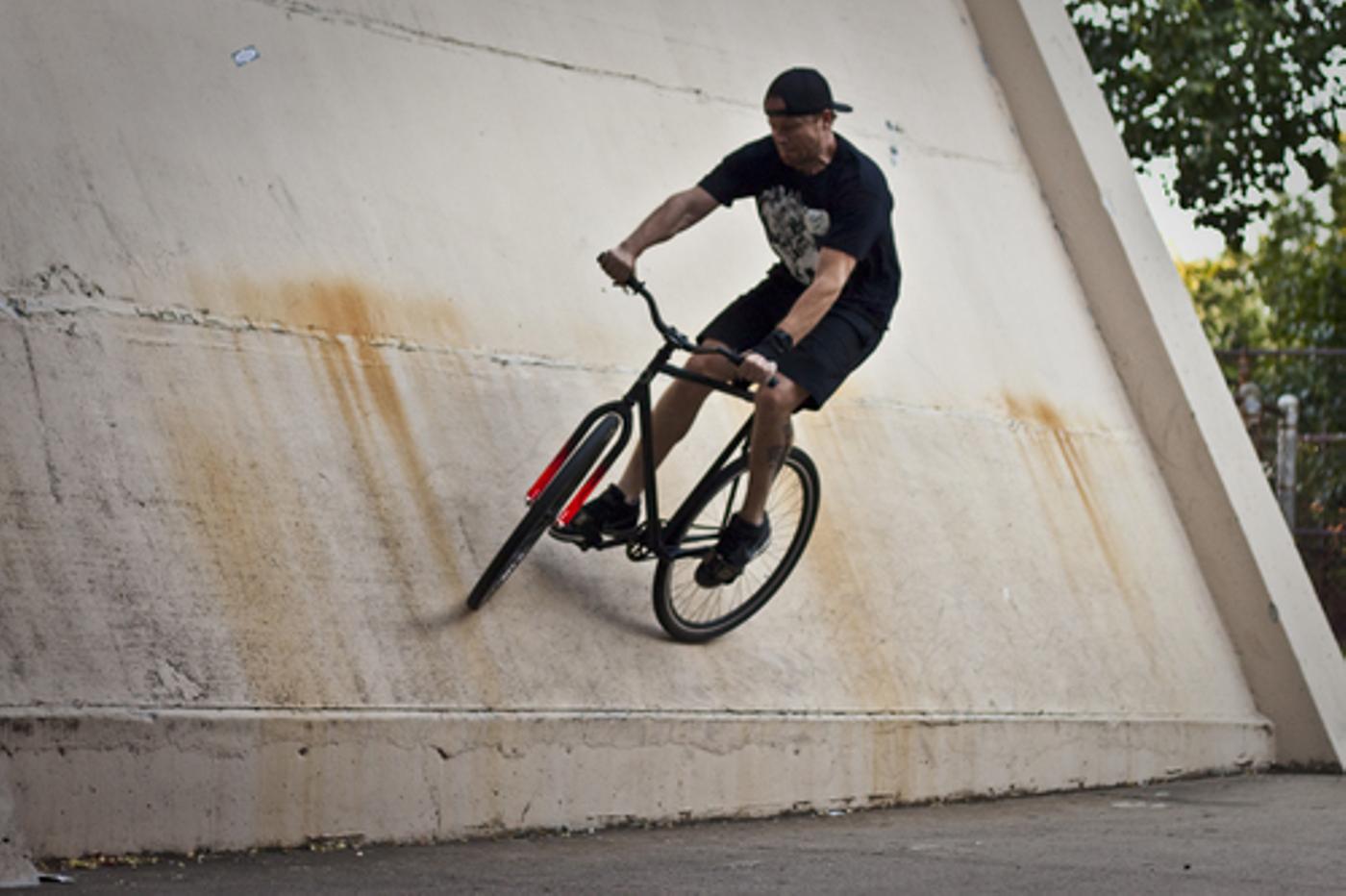 I hit a nice wallride as well. The best trick of the day for me. Super pumped on these kinda spots. Mr. Fast again with the 180 bars. This one he landed to a tap, which looked super clean in a sequence (which I’ll post later). 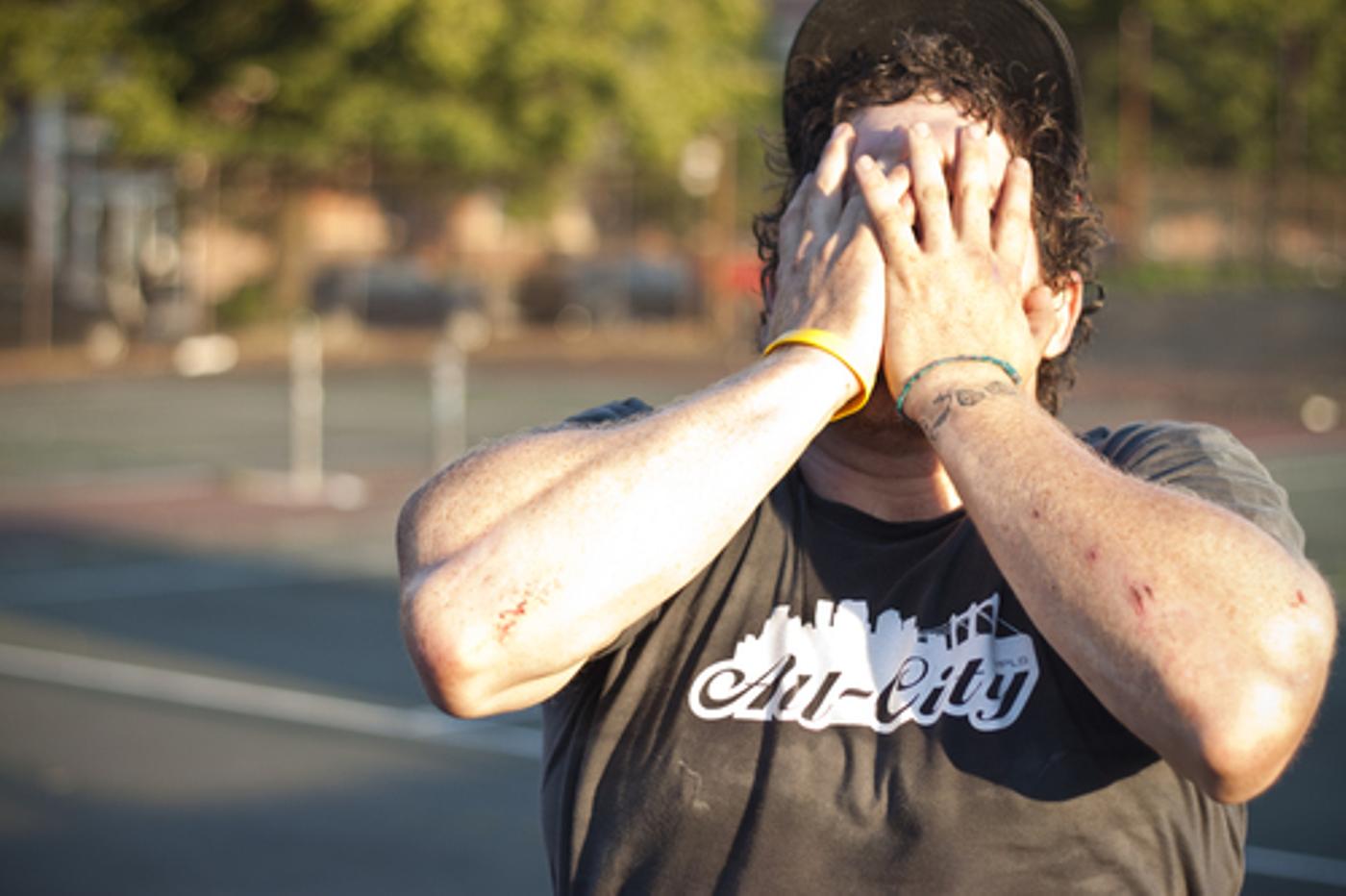 He tried it again and ate shit hard. It was one of those slow-motion falls and as he fell back onto his head I knew he’d be in pain. This is right after the fall where he’s still in pain and moments after I snapped the photo of his hat above. I think this is where Tony cashed out for the day! 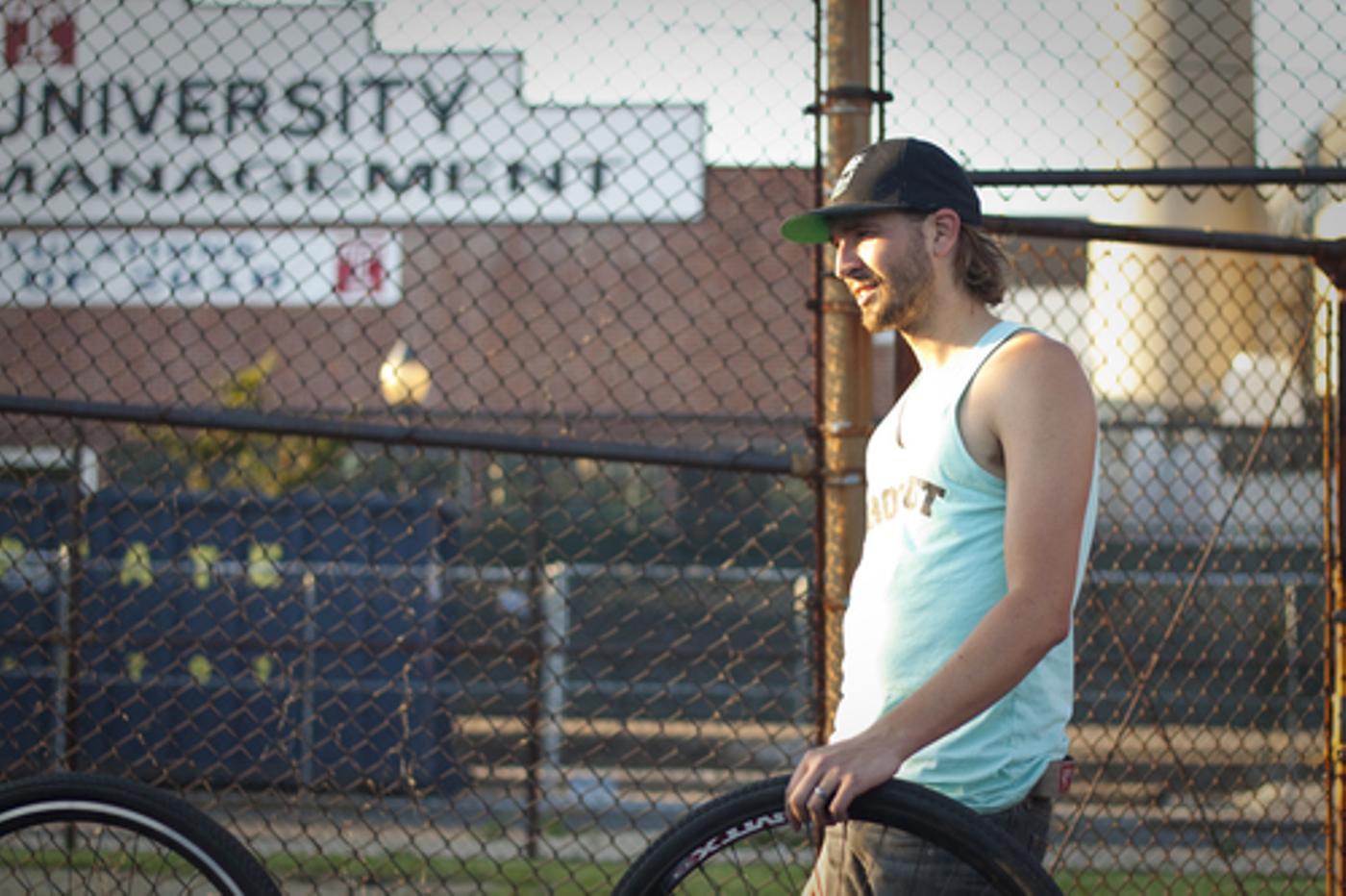 Drew was there to point and laugh. 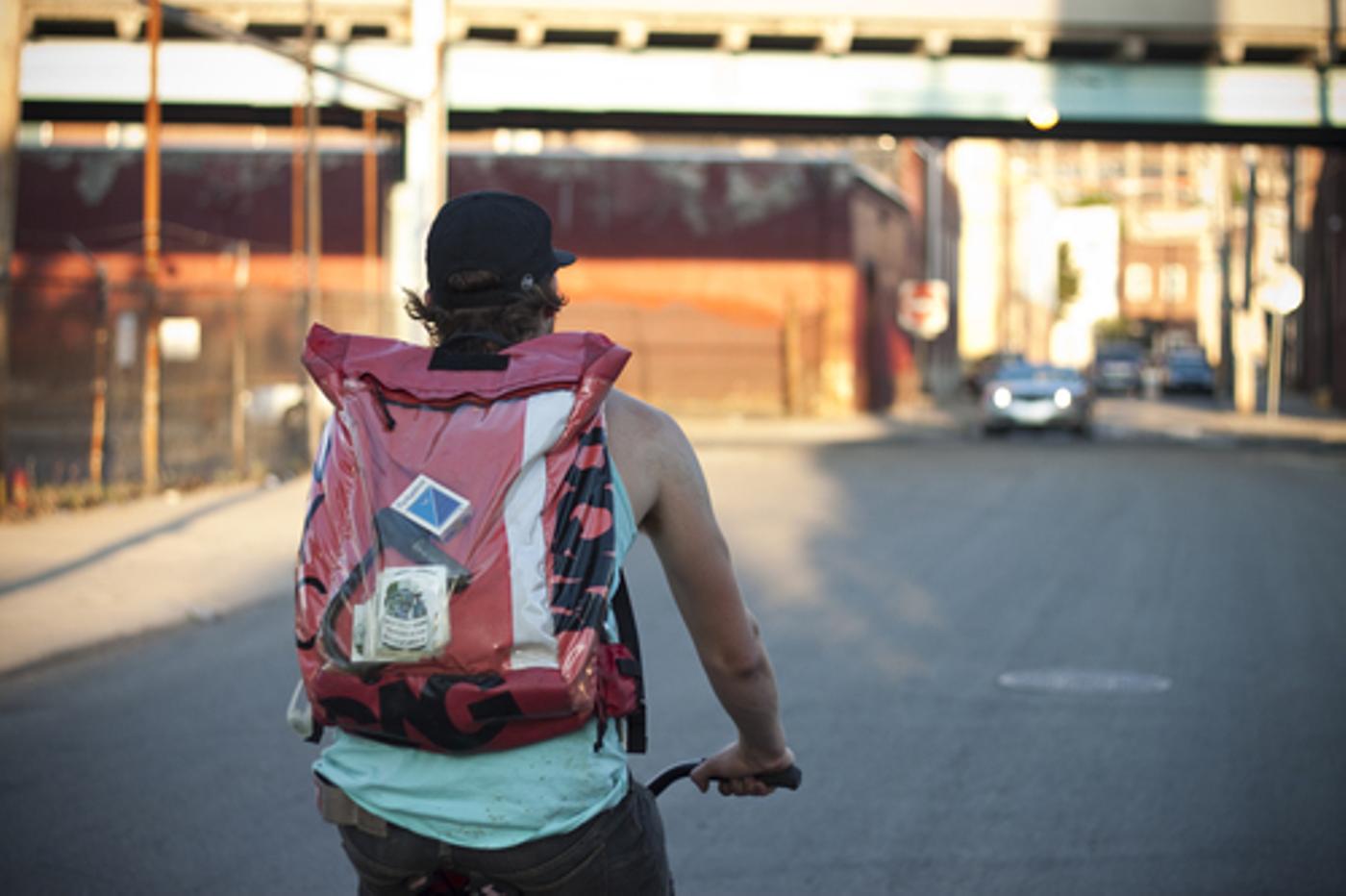 We were having so much fun that we forgot it was getting late and Water St. Sessions was about to start, so we headed back to Drew’s place to grab some supplies. 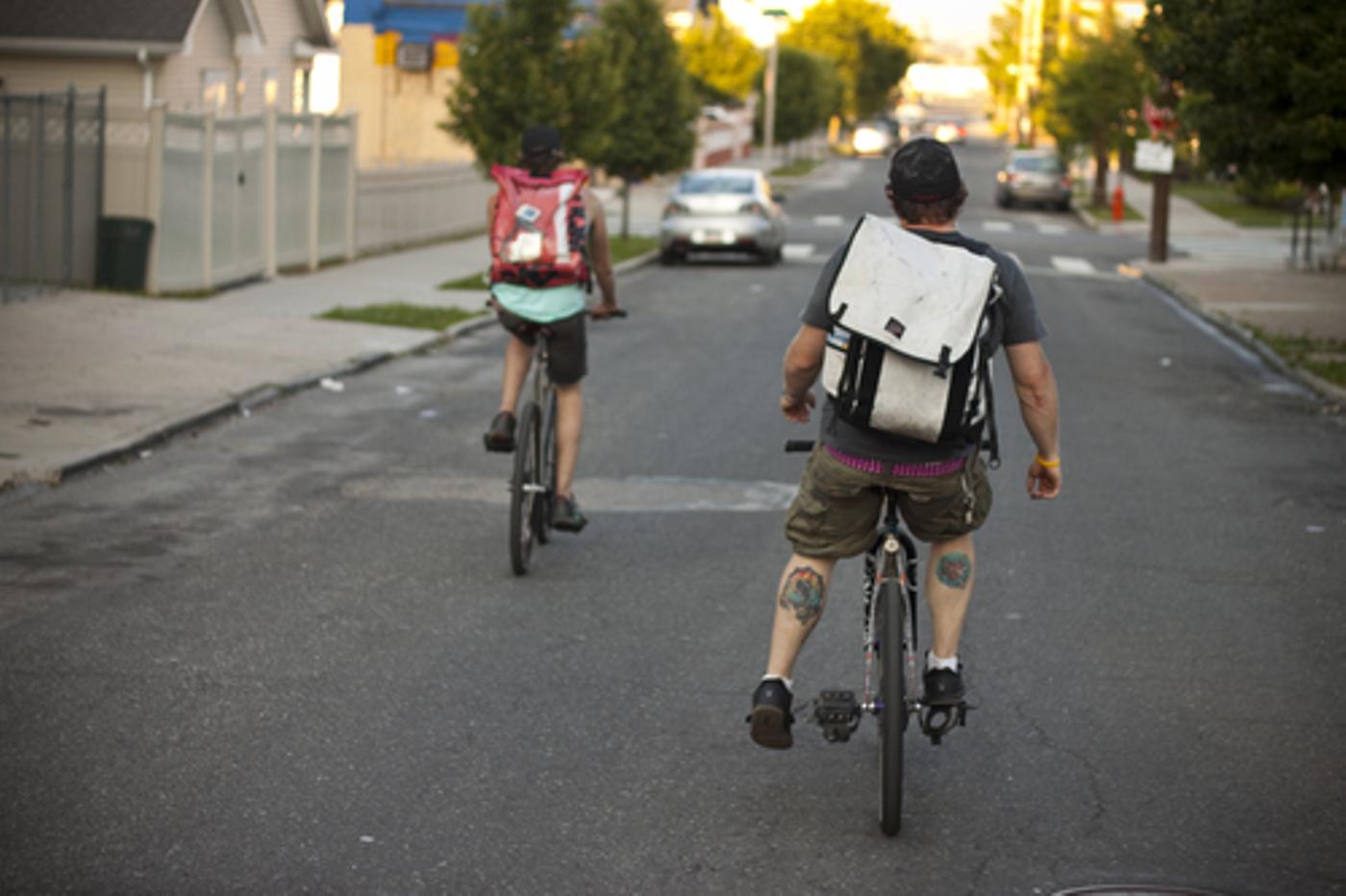 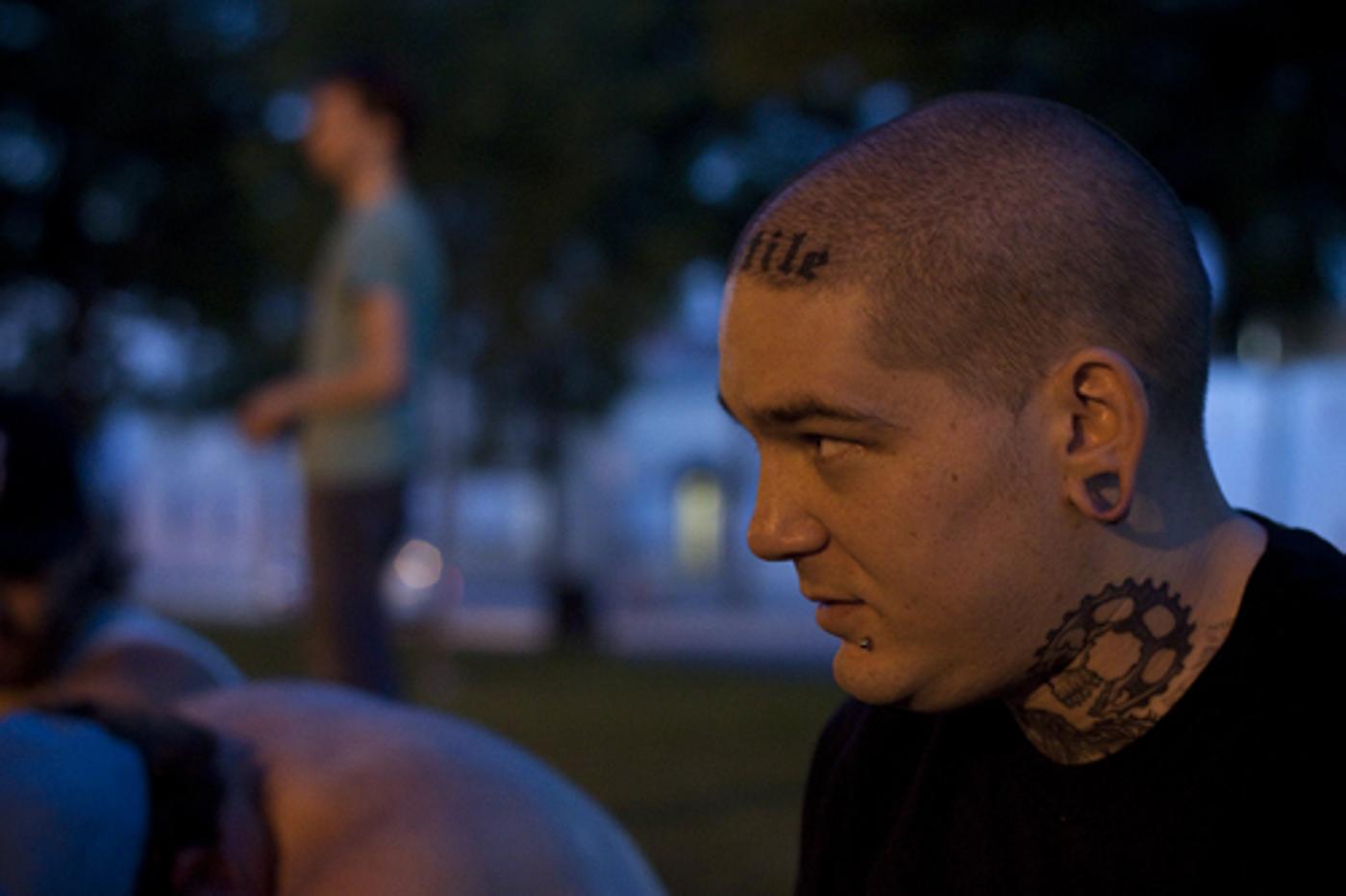 I gotta say, the Philly scene is pretty strong. The messengers ride fixed freestyle and there’s a ton of kids who come out to the Water St. Sessions. Here’s Soap, looking mean as hell even though he’s a really nice dude! 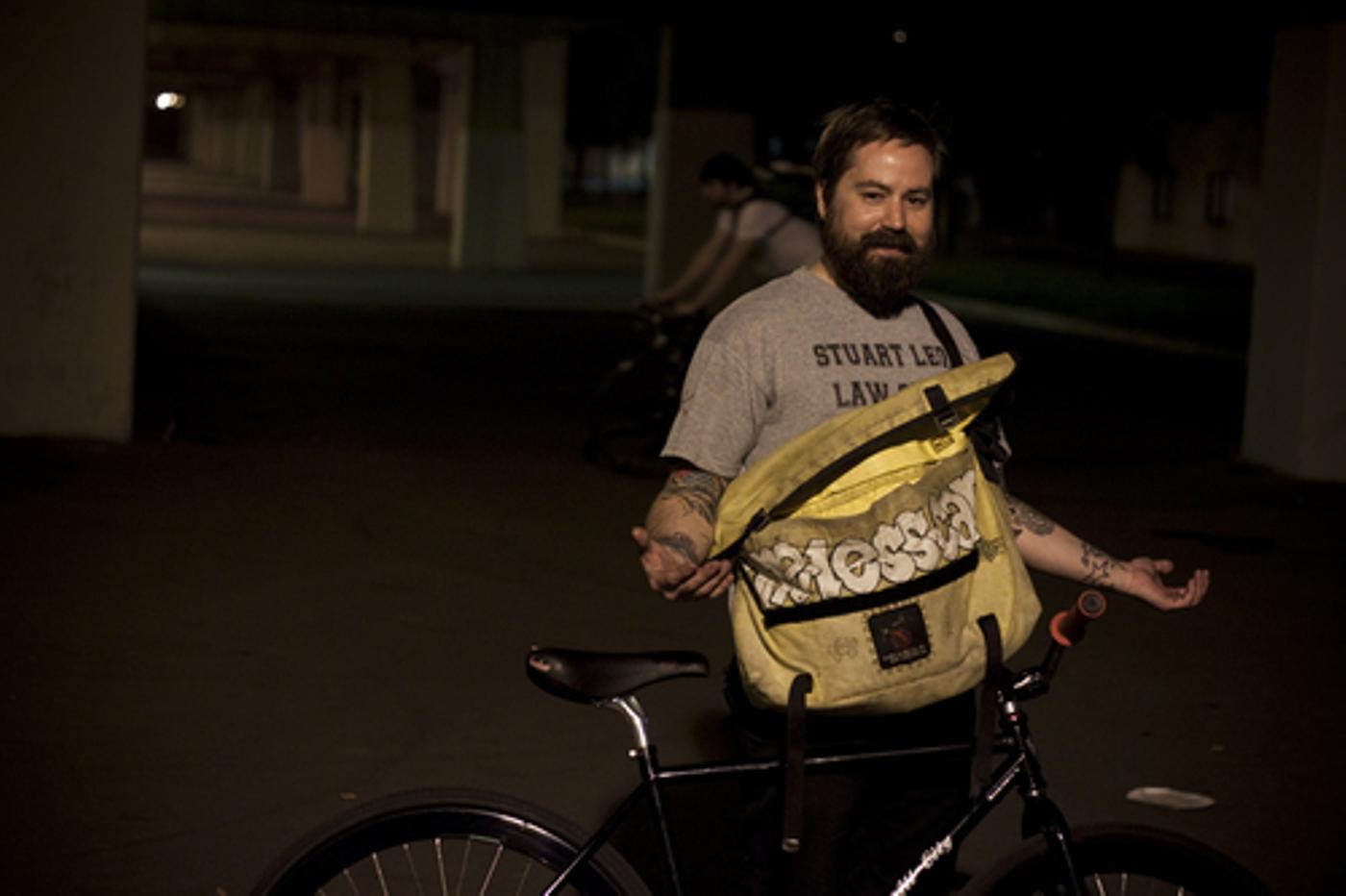 Brian owns Bicycle Revolutions. You may know him as Fuzzy though. He’s a very down to Earth guy and it’s always awesome to see the local shop owners come out to support the scene. At one point, he and Roland from REload were having a little session away from the crowd. It was pretty rad!

After the trip, Fuzzy started up the Sweathogs Bike Crew. All the big sweaty dudes will be reppin it on the East Coast.

Many thanks to the whole Philly crew! I’ll be back and I still got a few more posts to put up from the trip! For now, there’s a few more photos here on my Flickr.