Today was a weird one. Filled with a lot of running around, pesky weather, computer issues and track racing. First thing in the morning, I swung through the Outlier studios to check out their new 60/30 Khakis. While there, I got a sneak peek at a new garment they’re in the process of developing. The guys have really come a long way since first introducing their workwear pant. They have a full team working on shipping and receiving, garment research and development. When I say full team, I mean like 5 people, including Abe and Tyler. Hey, you gotta grow with baby steps! I was having issues with my Problem Solvers valve extenders on my Zipps so I headed back over to NYC Velo to get the situation worked out. While I was there, the rep from Reynolds was hanging around, showing off these new race wheels. Sure, they don’t look like anything special but… Yes, that’s 380 grams for the front wheel. I think my iPhone weighs more than that! From there I headed back into Brooklyn and stopped by Affinity where I met this Merckx owner who’s in the process of putting an Campy 8-speed group on it. There’s nothing wrong with a conversion but she’ll get a lot more out of that bike with a road groupo on it, that’s for sure! Tonight was the third week in Kissena‘s Twilight series. Last week was rained out, so everyone came out tonight, despite the gloomy sky and sketchy forecast. Here’s two of the big guns on Affinity‘s team pinning their numbers. 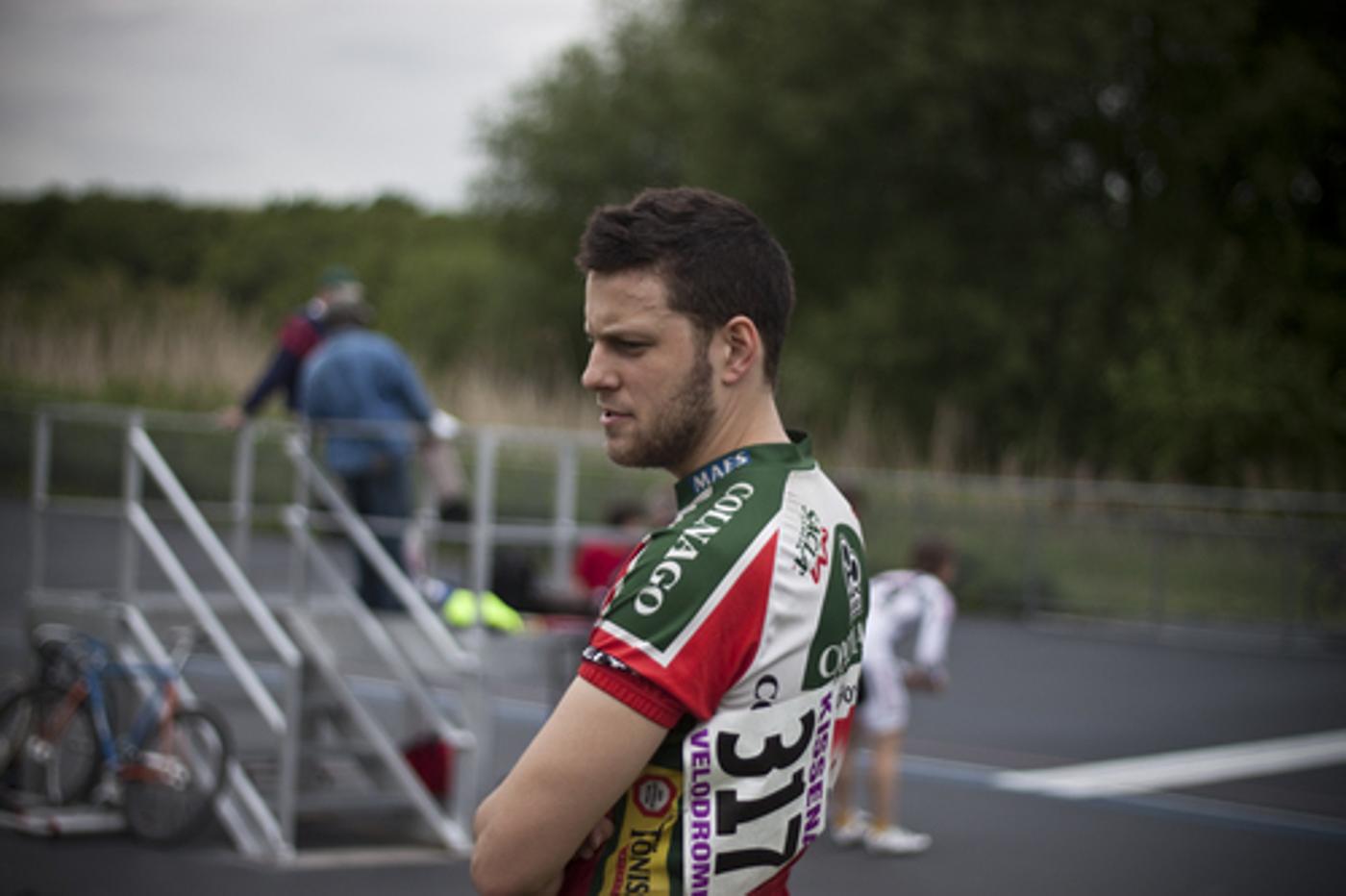 Zay made it out for the first night of the season. He’s a fast dude and a smart racer. Team Chari & Co was there! 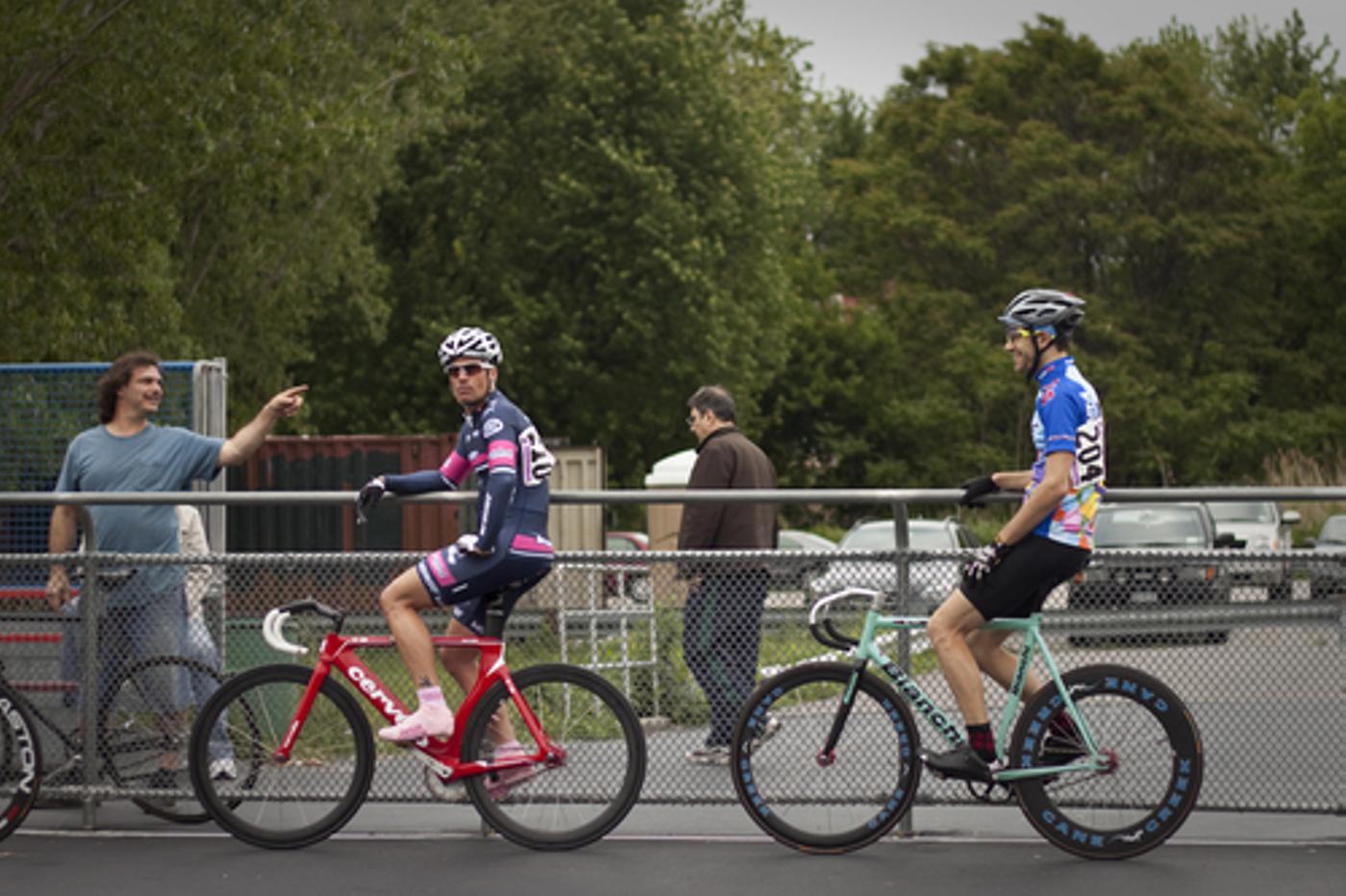 I think this is my favorite photo of the day. Ktel wearing his new Colnago shades I traded him for a bratwurst at the Jumble and a spectator probably commenting on them. After the Omnium, we were all beat. I puked a few times from over exertion and everyone felt like how Nathan looks here. Exhausted! It was a great night with a lot of talent in the 5’s. I can’t wait for next week!