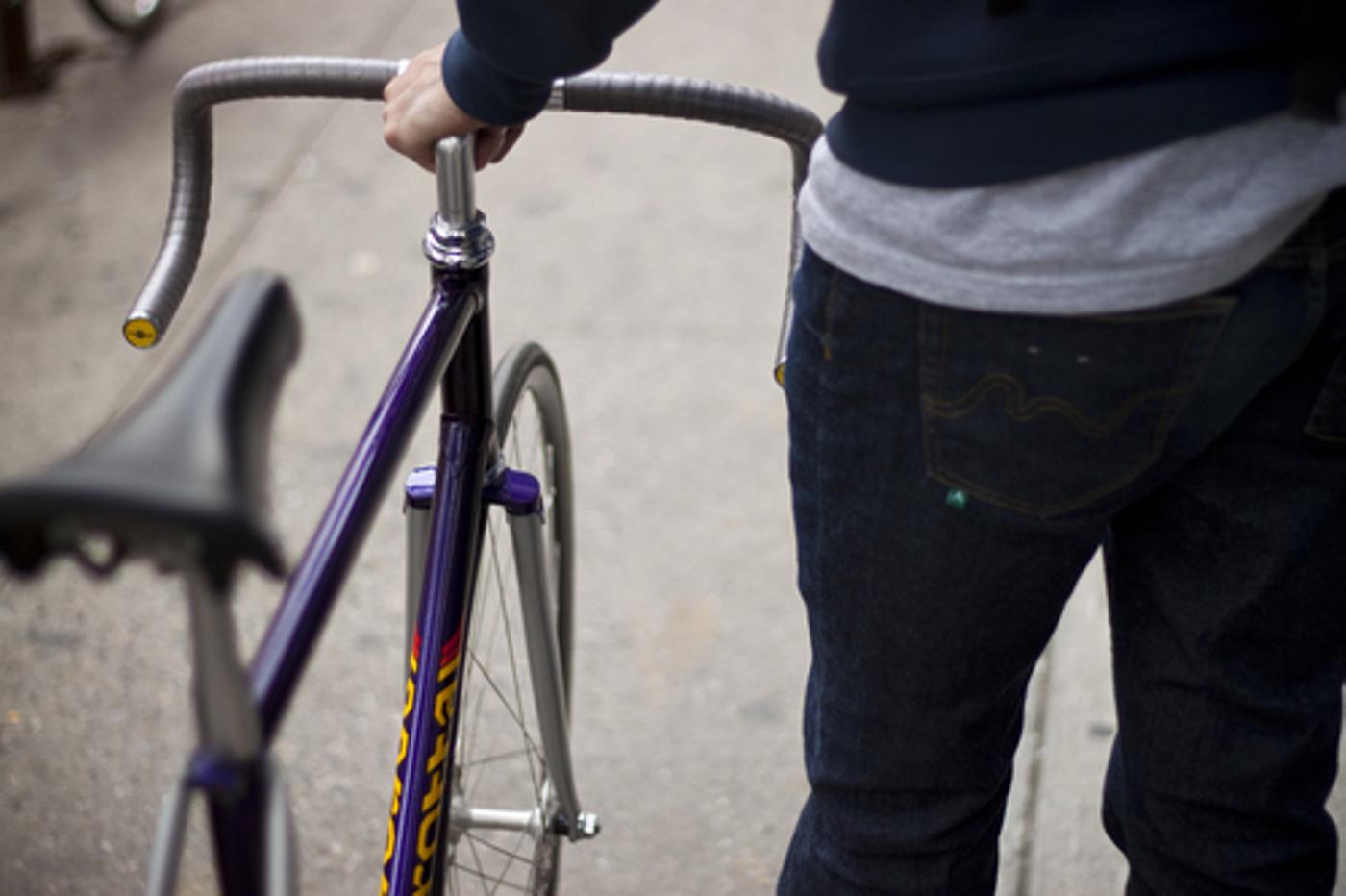 Things got off to a late start for me yesterday. Sleeping in is the new bane of my existence. Especially when I have a mountain of work to do. After I got caught up, I met up with Mat in the city to shoot his new Serotta track bike. It’s a real thing of beauty to say the least. Beauty that we’ll take a closer look at later today but for now, it’s A Day in 10 Photos. As I mentioned earlier, I met up with Mat to take photos of his new track bike. We linked up at Continuum Cycles in the East Village. While I was there, I took the opportunity to shoot a few photos of some of the gems Jeff has in the shop. Take these two Paramounts for example. Stunning for sure. 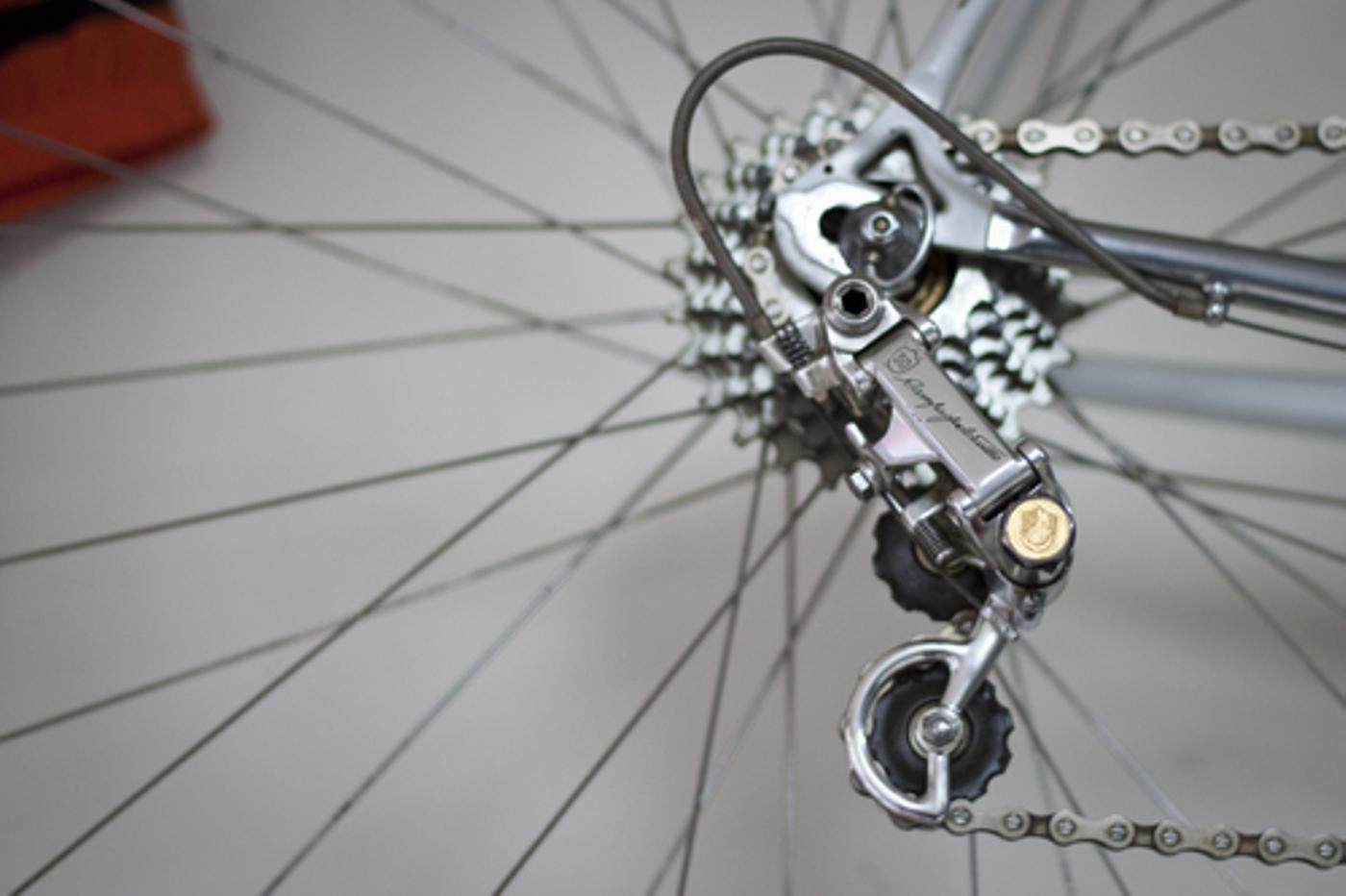 Of Jeff’s prized Colnago with a Campy 50th groupo. Gorgeous! Sorry, this is all you get for now. 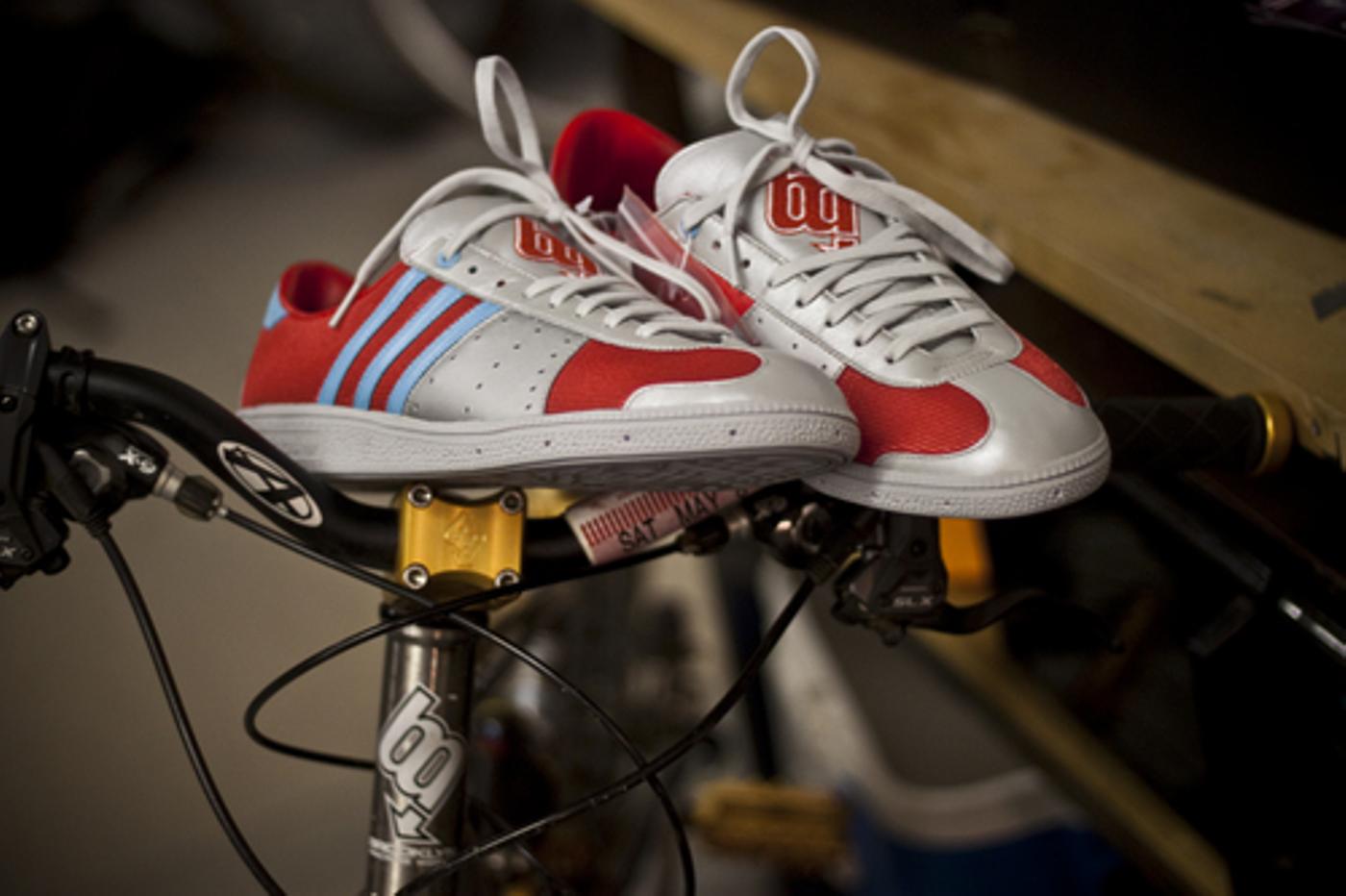 From there I went back to Brooklyn to meet up with Joe from Brooklyn Machine Works. I picked up my Adidas Consortiums and hung out for a bit. 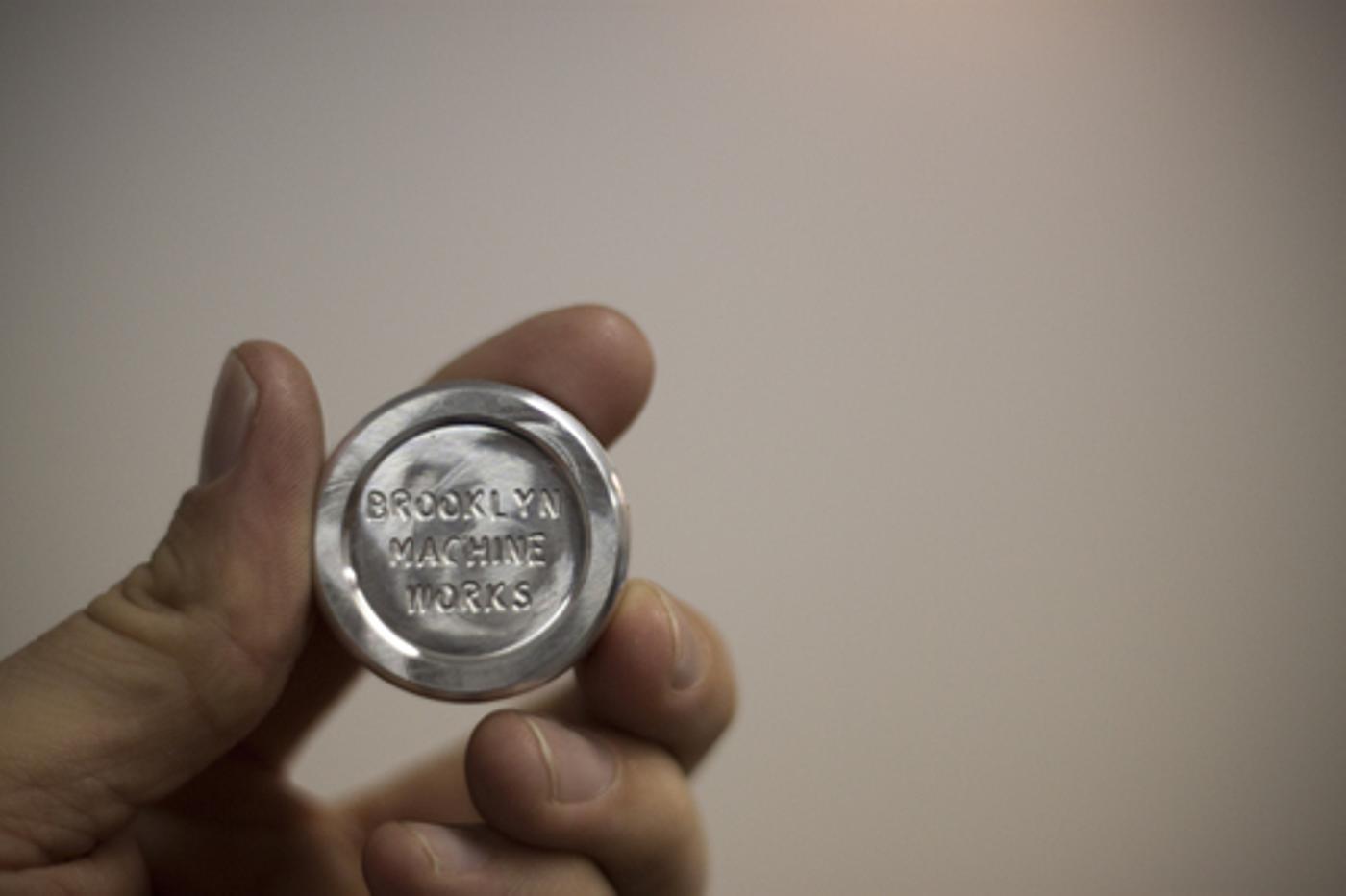 They had just cnc’d some fresh bar ends which led Joe and I to discuss the possibility of maybe doing something in the near future. 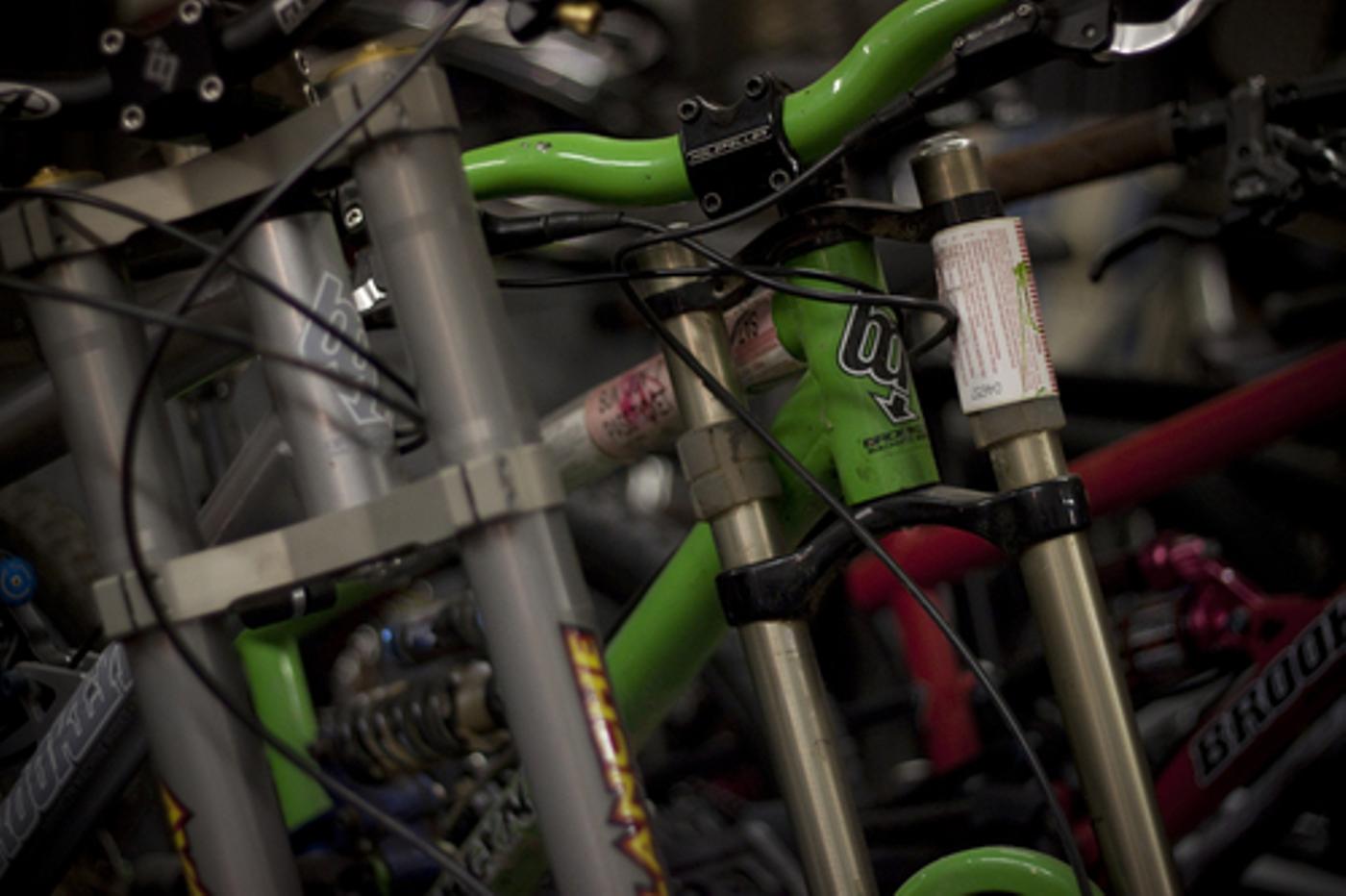 Contrary to skeptic’s beliefs, BMW is still very much vested in downhill bikes. Every time I go there, Joe always says “When are we gonna hit the mountain?”. Truth be told, I’m nervous as hell about downhilling. It’s been over 6 years since I last did it and the last thing I need is a broken clavicle or arm!

While I was shooting the shit with the guys, in walked Kostas. He’s BMW’s neighbor and is one talented artist. Out of his own kindness, he offered to give me a tour of his studio. You may recognize some of his work, including this Chewbacca and Frankenstein brass statue. Yes, he’s sitting on top of a pack of Reese’s cups. Well, I rather pissed Mickey Mouse. A re-occuring piece in his collective works is a Mickey Mouse flipping the bird. He’s experimented with it in various forms and continues to develop it as a signature piece. 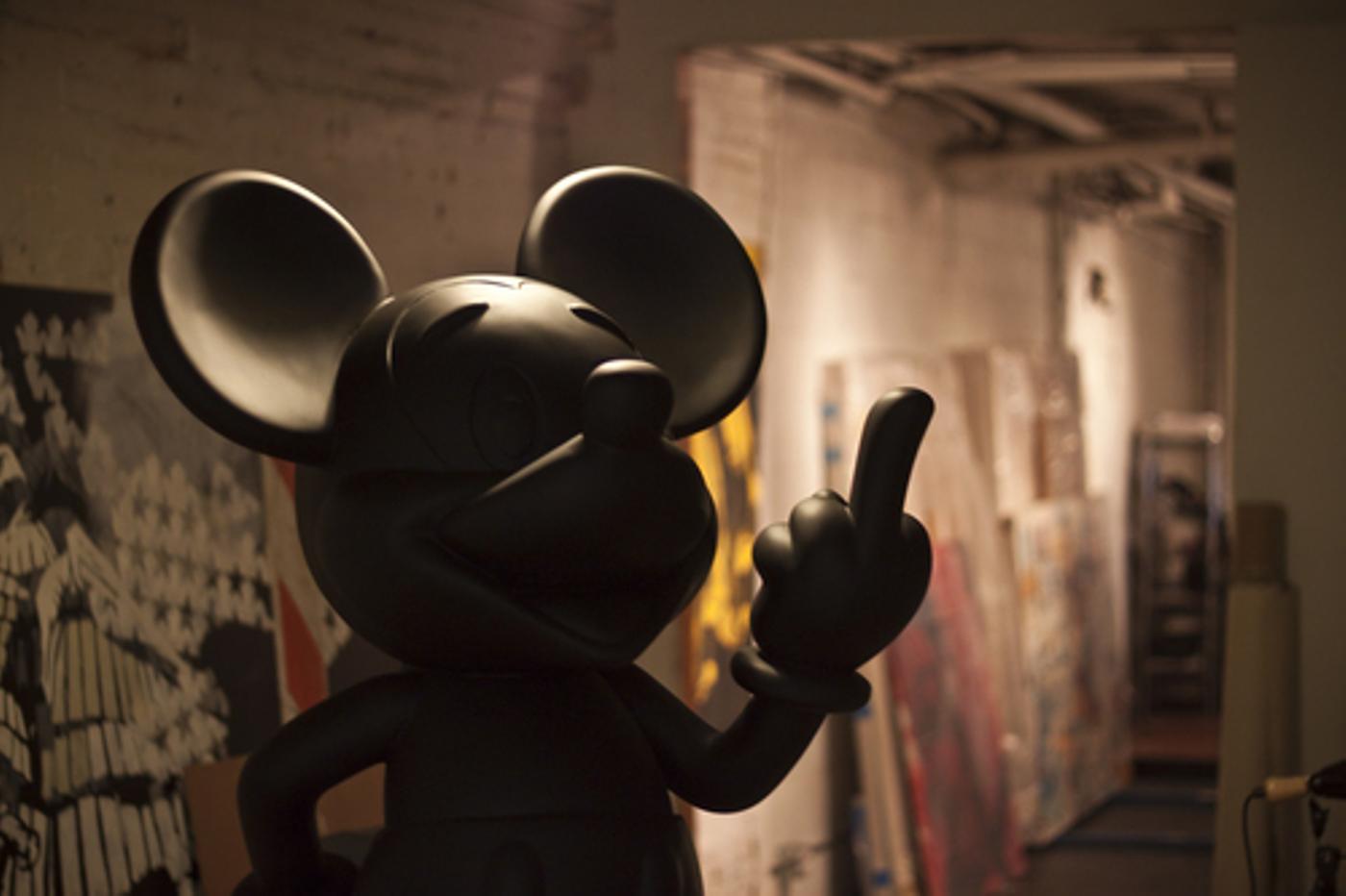 Like this 48″ tall fiberglass sculpture. Really amazing! He had a ton of other projects in the works, which I wasn’t allowed to photograph. I didn’t want to overstay my welcoming, so I kindly left and headed back over to BMW.

At the end of the day, I felt like I had made the best of the 4 hours I spent outside my apartment. Unemployment can get the best of you quickly and with the cold and wet weather we’ve been having, It’s hard to stay positive. Luckily, I’ve got some great friends who are always supplying me with inspiration. Many thanks to Mat, BMW, Jeff at Continuum and Kostas for opening their doors to me yesterday!