The Summer fashion in the ‘hood is in bloom. I had all aspirations of getting up and going on the Rapha ride yesterday morning. Too bad my allergies got the best of me. After waking up and replying to some emails, I headed out into the neighborhood. Eventually I ran into Ethan from Laek House and we headed to Seth Rosko‘s garage around the corner. 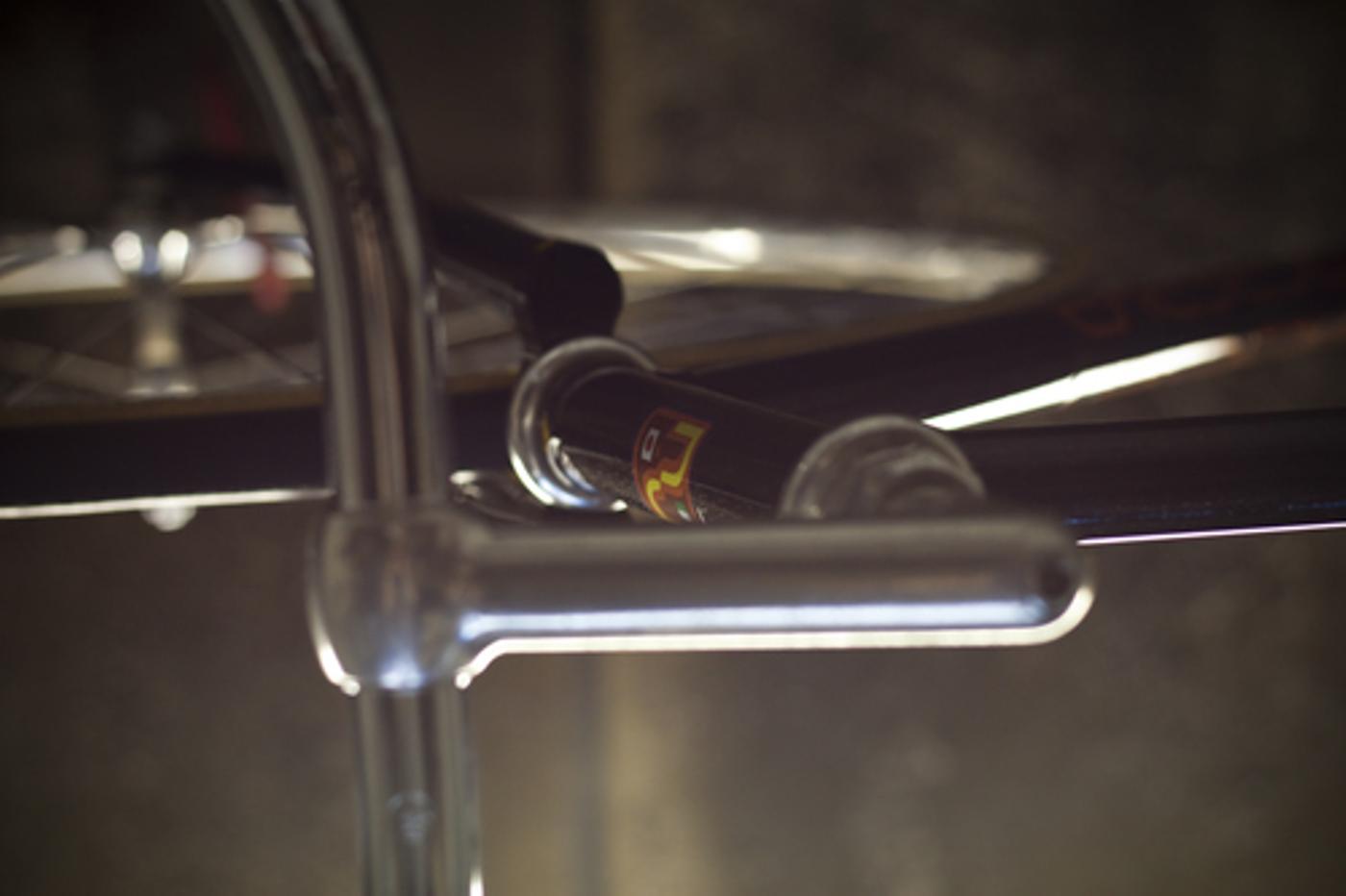 Seth’s got two work shops. One is his bicycle shop in Bushwick and the other is a motorcycle garage in Williamsburg. These photos are from his motorcycle shop, where he’s got this gorgeous Nagasawa hanging from the ceiling awaiting a few parts. The rest of the shop is as you’d suspect. I really find a lot of beauty in work shops in NYC. They’re all smaller than your bedroom and packed from the floor to the ceiling with tools, books, spare parts and other miscellaneous goodies. He’s got a few old Hondas from the 80’s that he’s restoring. The white Honda in the foreground is the mini version of the blue one in the background. 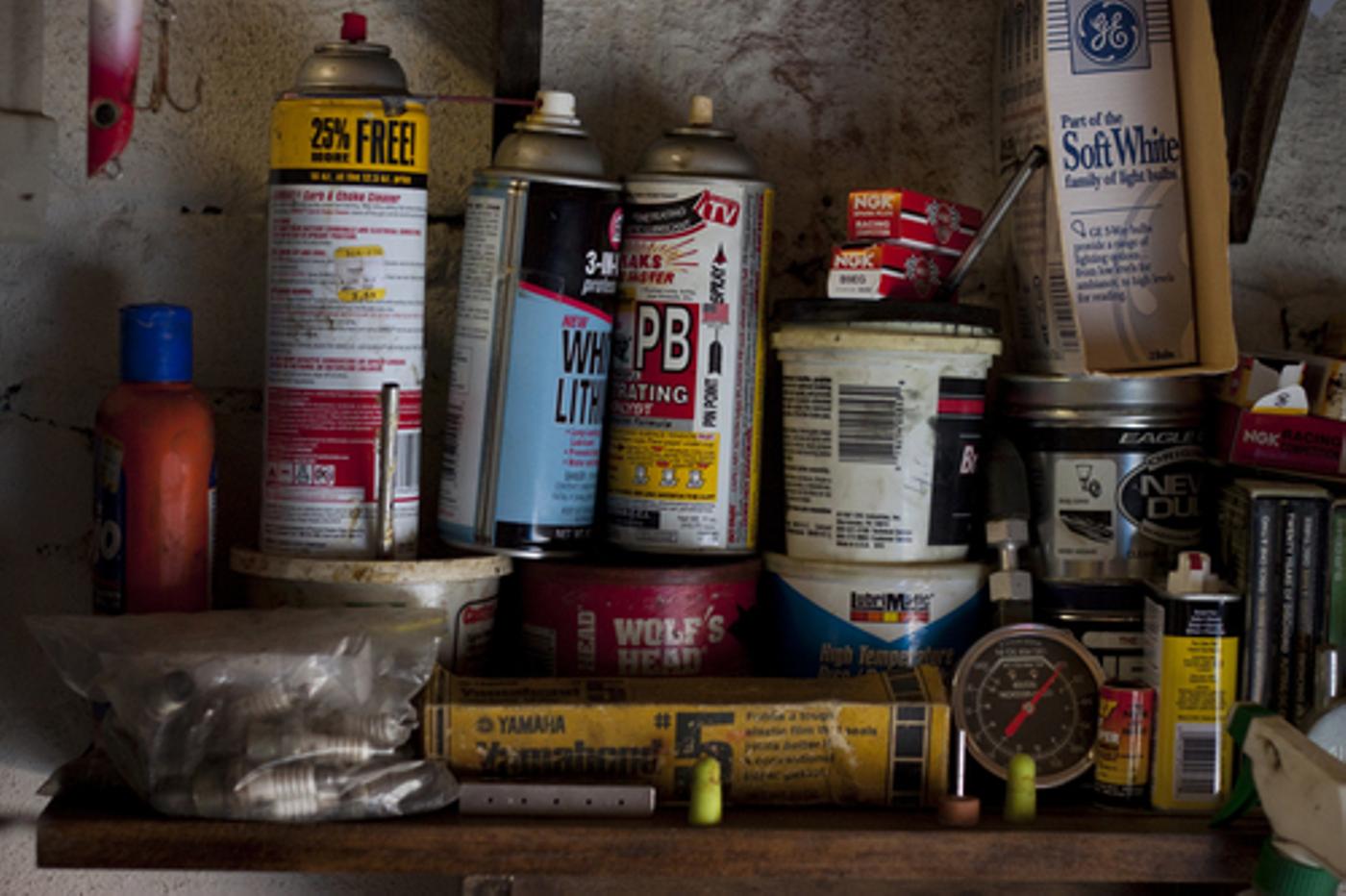 All of the old cans and chemicals are well-worn and full of character. Hanging on the wall is this massive painting of the “Big Apple” illustrated through a series of famous movies that took place in NYC. He found this in the trash on the side of the road. Who would throw that away? 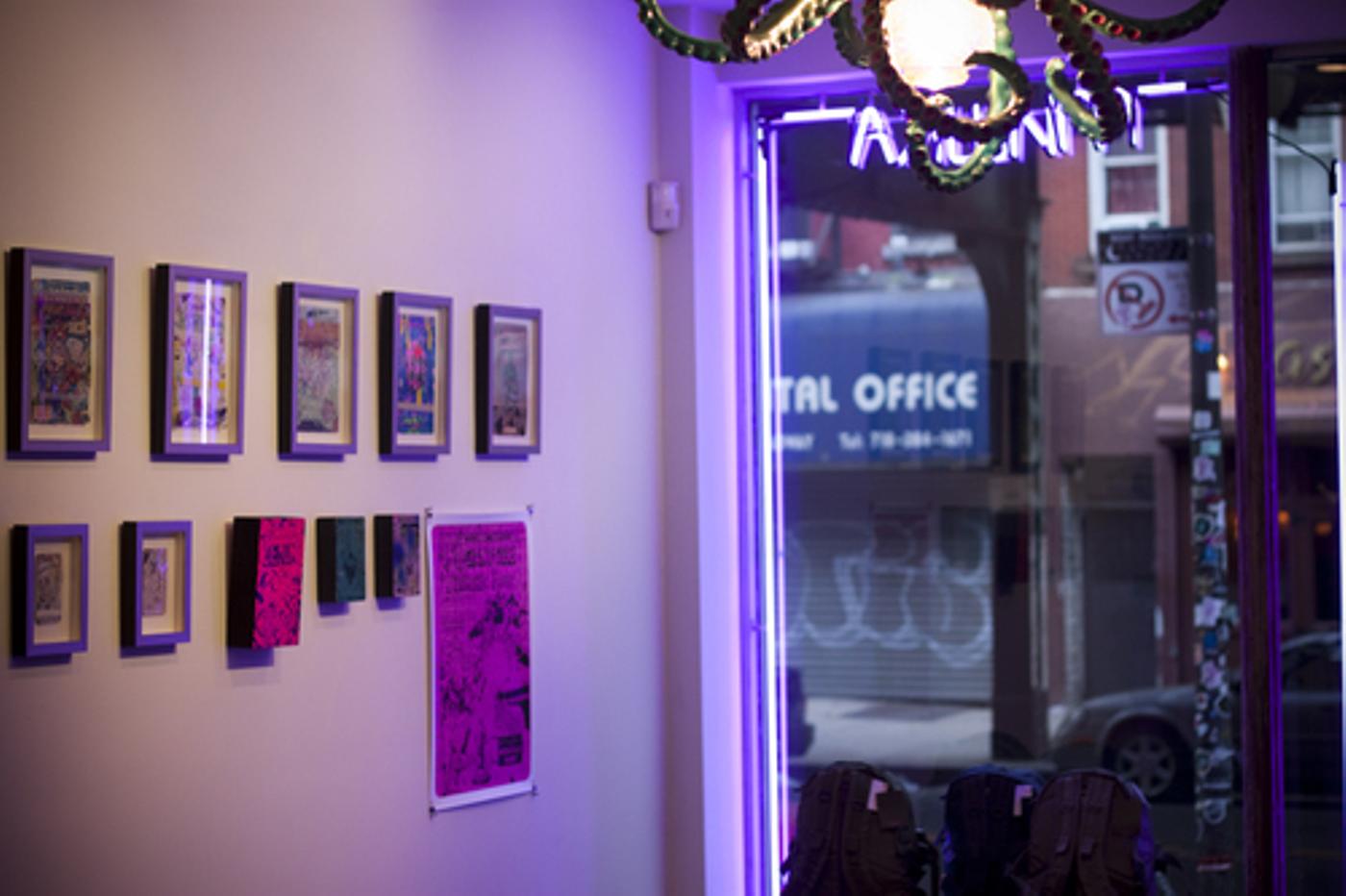 From there I went over to the Mark Todd “Power Fury” show at 350 Broadway in Brooklyn. I don’t wanna give too much of the show away so here’s a close-up detail of one of Mark’s prints. The Cap’n Scum shirt embodies some of the mental illustrations that come out the Mishka camp. Serious! It’s late over here and I have to wake up early to ride to Nyack with some friends tomorrow, so keep an eye out for a few more photos and in the meanwhile, you can check some extra shots out from today on my Flickr!