Today was exhausting. After waking up fairly early and getting a head start on things, I met the Swedes at Affinity before heading out to ride in the city again. We took off through Queens and crossed the 59th St. Bridge into Manhattan. As we’re descending and about to take the hair pin turn onto the street, Jakob drops his chain (damn half-links). Luckily, Bike Heaven was 2 blocks away. We walked over, bought a SRAM track chain and minutes later, were on our way. This is why I always carry my chain tool with me and at least one master link. 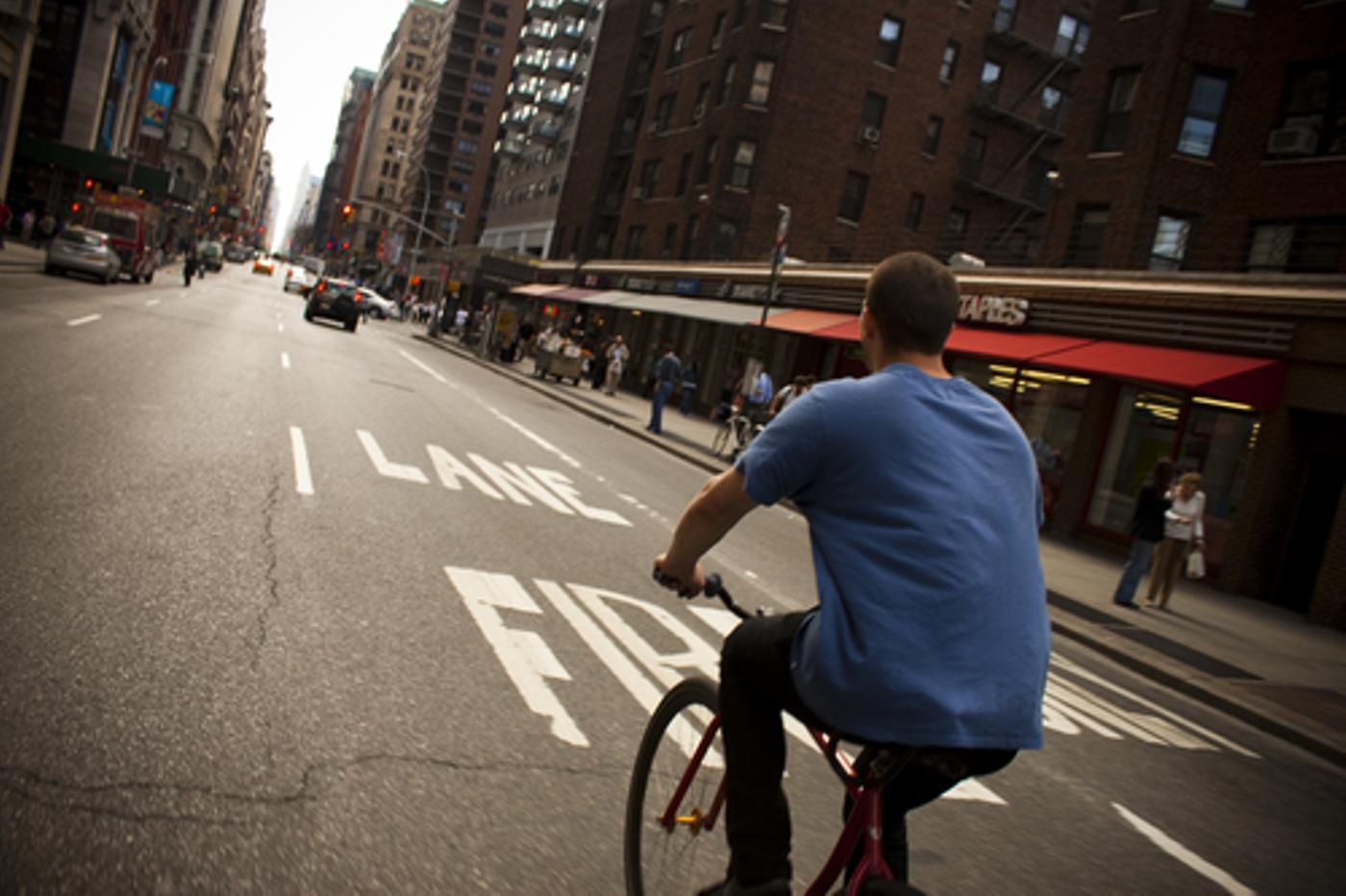 Like most days when there’s no plan, I hop into Central Park for some laps. Usually I’m either on my track bike or my road bike but today I was on the Bruiser. Good old 40c tires and 36:14 gearing made the loop a bit interesting. After leaving the park, Mårten’s bottom bracket cups came loose, so we stopped to fix it the best we could. They continued to come loose, so we took 5th down to Broadway and cut back over the Brooklyn. Nothing can really describe NYC in the Spring. The entire population takes extended lunch breaks and just avoids going back to work. Tons of people were out and about, making intersections like this a 2-minute people-watching fest. 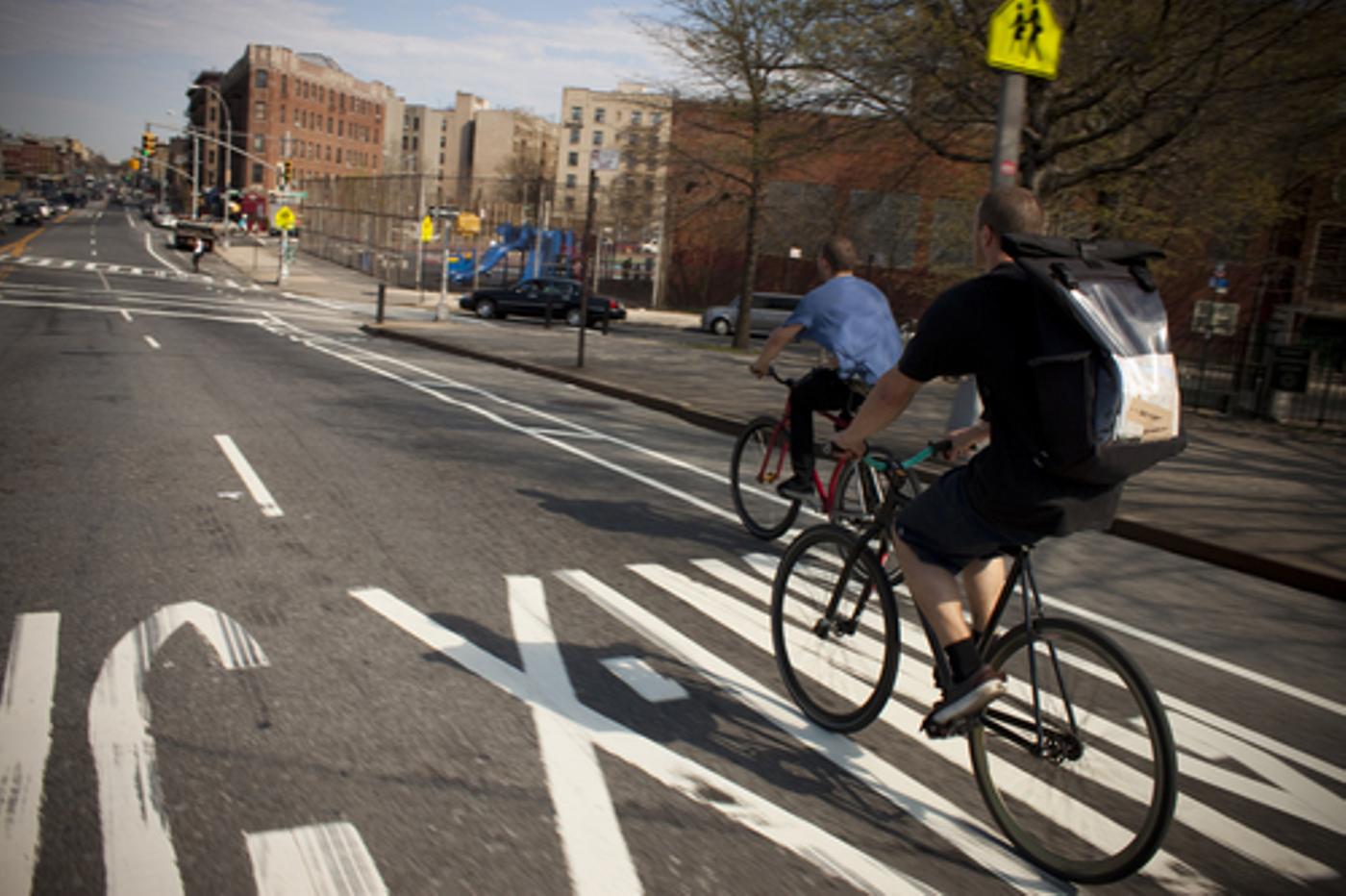 Soon we were back in Brooklyn and headed back to Affinity to fix Mårten’s bottom bracket. 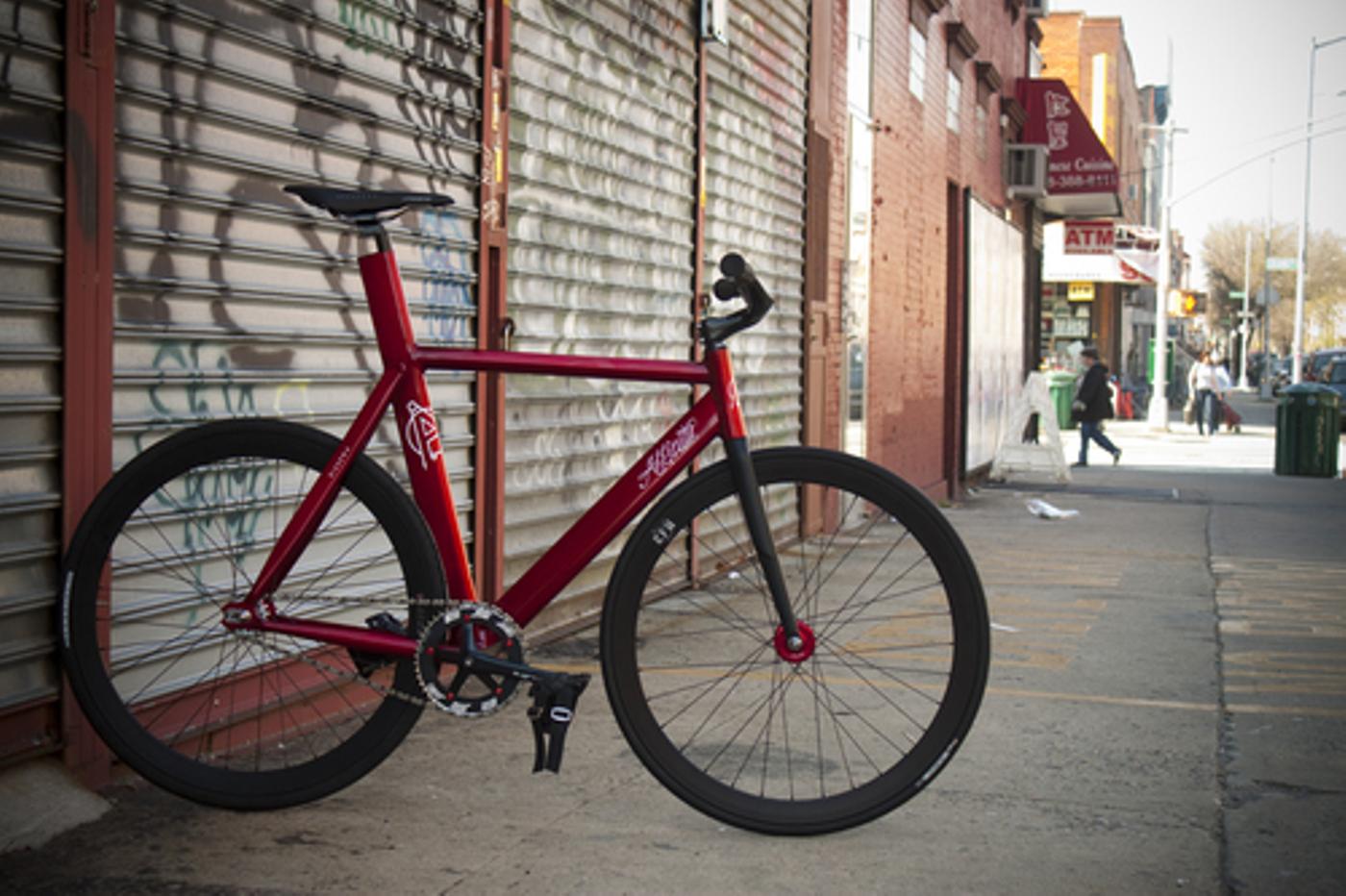 While we were hanging out, Jason had just finished building up a size small Kissena track bike. Don’t worry about the seat-tube extension, they’re cut-to-fit. I don’t think you can get much more street than this. Velocity B43’s, Hold Fasts (so what, they’re comfy!), carbon risers and a Fizik Arione saddle. Can you say hyphy? It’s a pretty nice build for sure. After the twins and I rode for a little bit, my wrist began to hurt, so I split off to head home where I spent an hour or so tweaking the fit on my 7-Eleven. The 3TTT stem and 3TTT bars were a little on the long side for me, so I switched to my favorite cockpit; Cinelli 1a and 42cm Cinelli Campione Del Mondo bars. Sure it’s not as “racy” now, but it sure is a hell of lot more comfy. Tomorrow morning I’m meeting Harry from NY Bike Jumble for a morning ride. Can’t wait to put some more miles on this thing!