Today was a beast of a day. We were all out last night drinking and I had been on my road bike hard all week. Needless to say the last thing I wanted to do was ride around but with prospects of new spots on the horizon, I drank another cup of coffee and headed out on my fixed with Eric on his BMX. We have tried to go to this spot for a while now but it’s always wet. Just off some train tracks in a drainage ditch is one of Austin’s best spots.

It’s known as 5-hips for its five, nasty hips. You’ll see it in a ton of BMX edits and dudes blast the shit out it all the time. I didn’t even have to ask Eric to do anything. With a huff, he picked up his bike and started to pedal. Right out of the gates, he blasts this table off one of the bigger hips. Dude was flying! He had to hop off his bike after landing to avoid a rubble pile. When he rolled over to look at the photo, we saw a rock had lodged itself in his spokes. From there, we headed to another, dryer hipped spot under a freeway but not before Eric did a few rail rides on the train tracks. 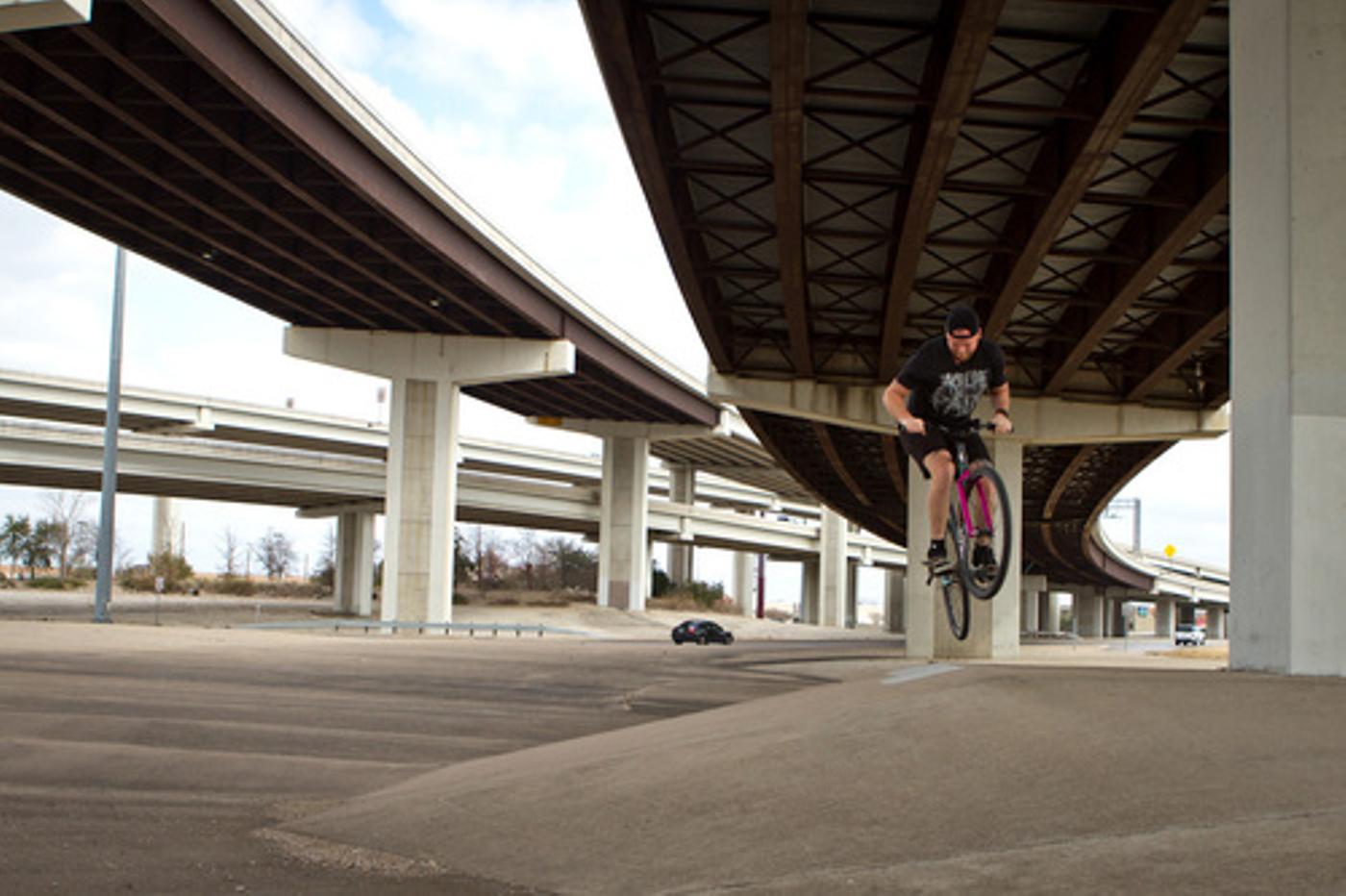 Aside from all the freeway noise, this was a pretty rad spot. Large, empty spaces of concrete with a few hips to blast 270’s off of. It was my first day really getting 270’s dialed. I’ve always kinda half-assed them but today Eric’s advice of “tuck it up” really sunk in. The biggest challenge of the day was shooting in the constantly changing light. One minute it’d be sunny and the next, cool and overcast. With spring on its way to Texas, the weather has either been great or crummy and while I was exhausted I still had a blast riding. Oh and I finally cracked those bars. Ha.