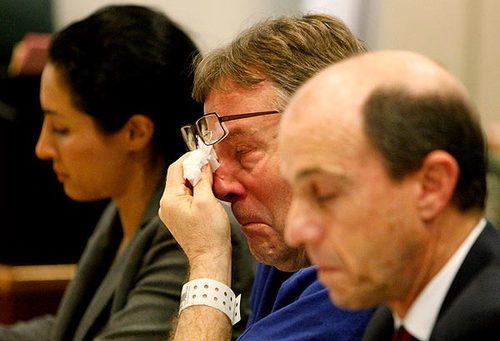 The LA Times reported this morning on the sentencing of that asshole doctor, Christopher Thompson, who slammed his brakes right in front of a pack of cyclists on a training ride. Above is a photograph of the dipshit crying as the judge sentences him to 5 years. That’s it?

What if he would have pulled a gun on someone and shot them. I wonder what his sentence would have been then. He did say at the scene of the accident that he wanted to “teach them a lesson.” That being said, at least Superior Court Judge Scott T. Millington recognizes it as severe enough of a crime to give him a long sentence, whereas that clown in NC got off with only 120 days for literally shooting a cyclist in the head.