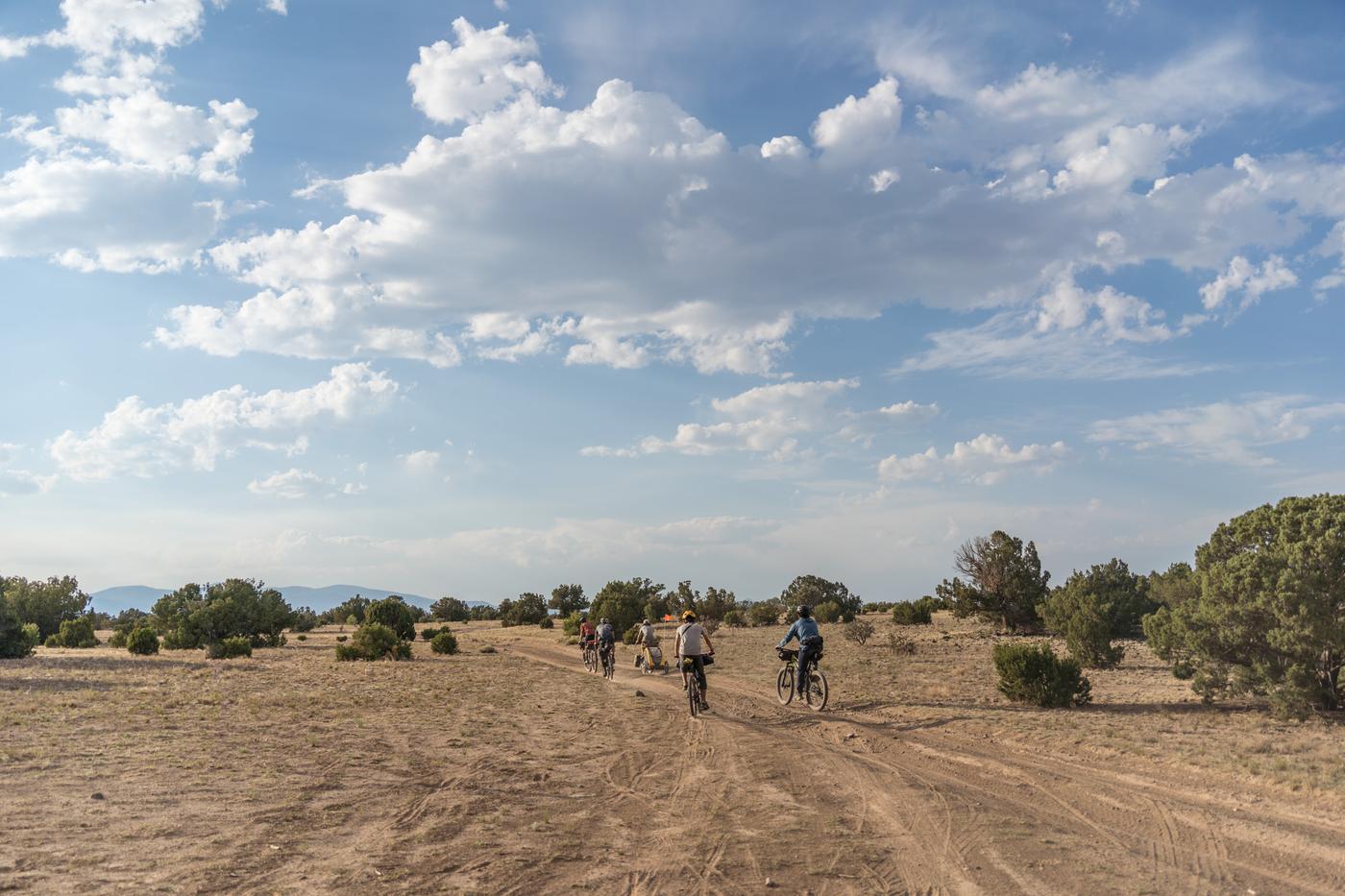 I like the simplicity of a sub-24 hr trip and I figured we could simplify even further by taking burritos for dinner. However, a last-moment realization that our favorite burrito joint was closed led to a mad scramble to find some grub. But a lucky encounter with a food truck let us know that fate was on our side. We pulled up to Sincere Cycles just in time for the group photo; fat red and green chile burritos strapped to our seat bags. 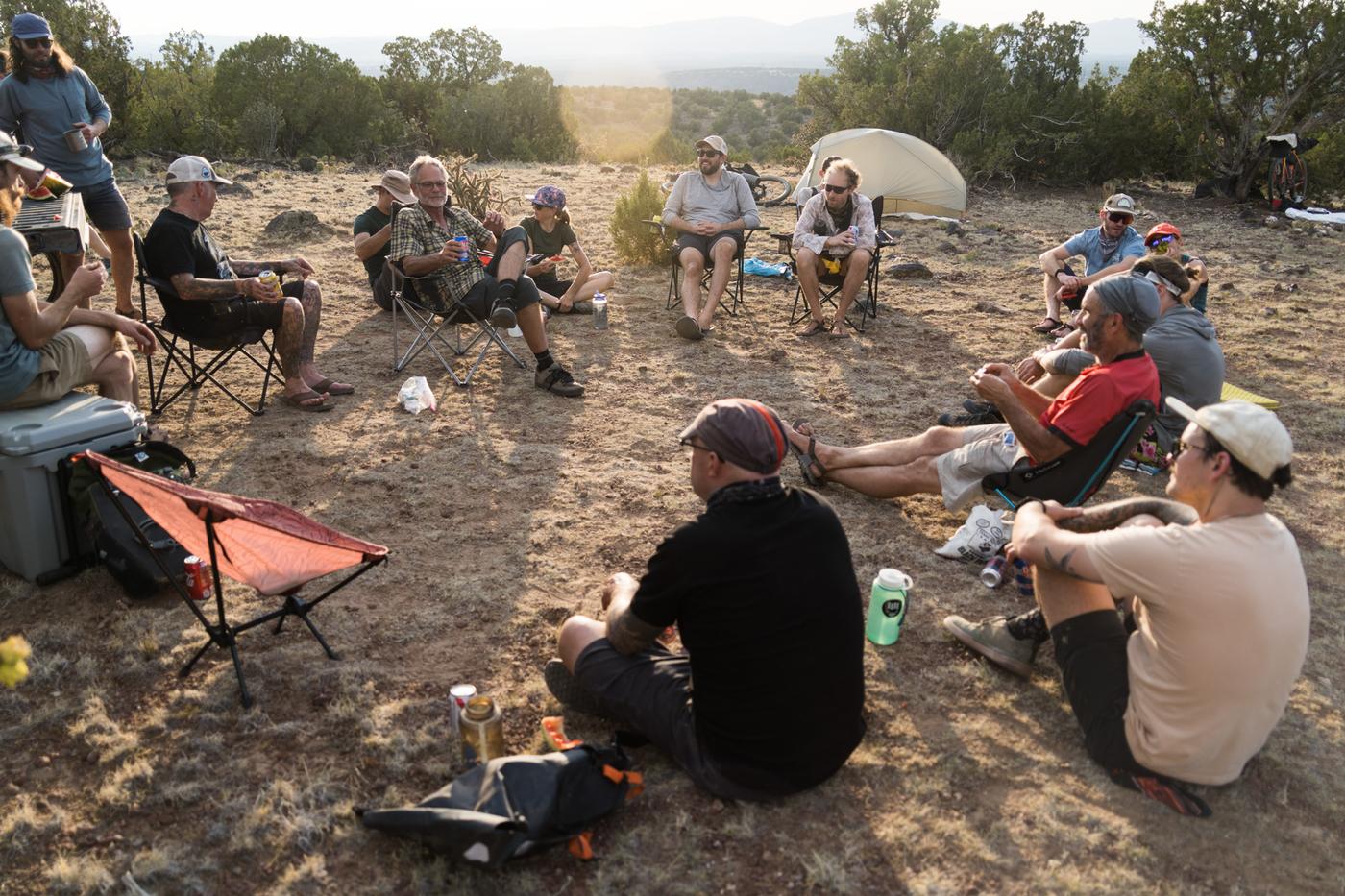 So a pack of 25 riders rolled through downtown Santa Fe, along the river trail and to the end of the pavement. The sound of fat rubber on asphalt and buzzing freewheels was joined by the chatter of friends and strangers excited about sharing bikepacking with other humans. It felt triumphant. 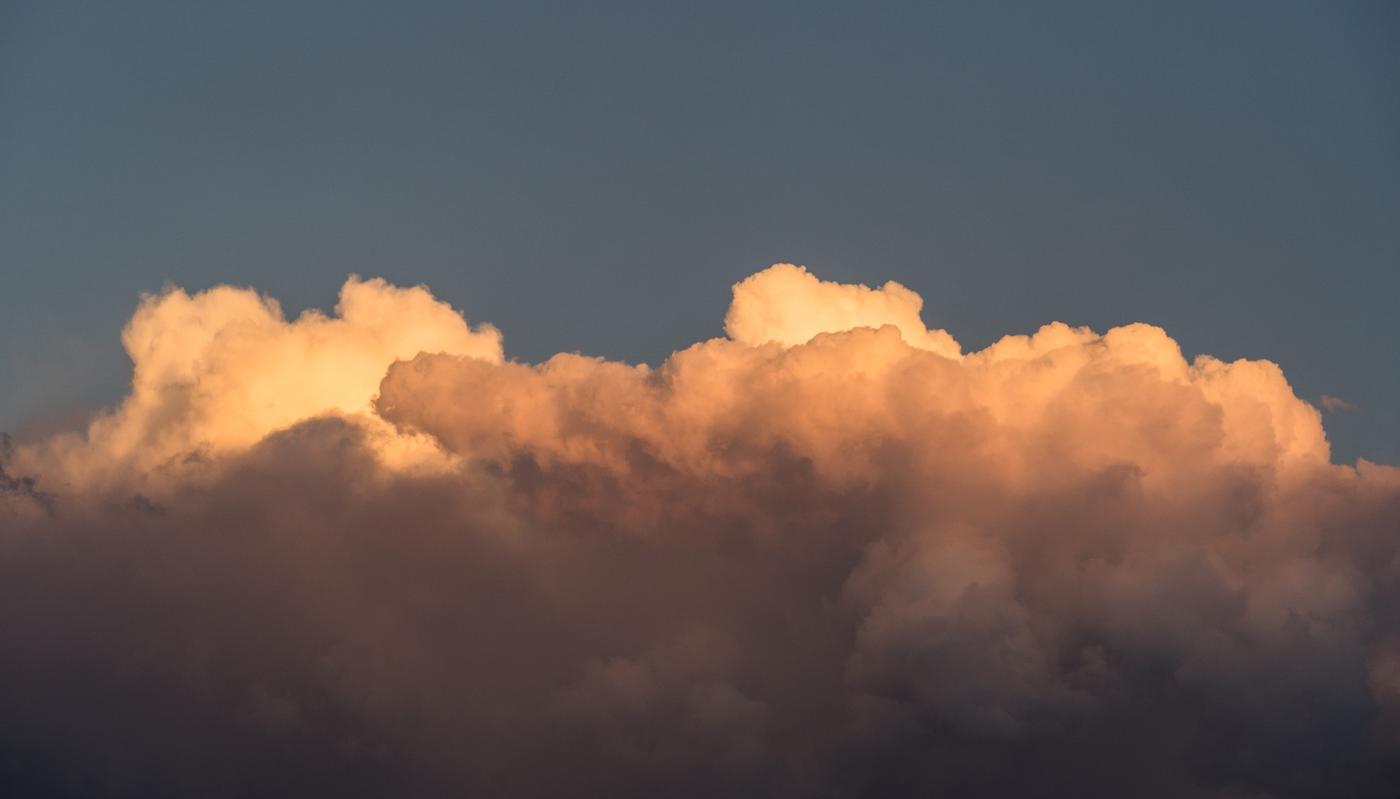 After a dusty 10 mile traverse through the heart of the Caja del Rio, we made it to Chino mesa, overlooking the Rio Grande. The roads were mostly non-technical, though a few rock gardens had Bailey’s trailer bouncing around like a Plinko puck. But the dog didn’t seem to mind–or did she? 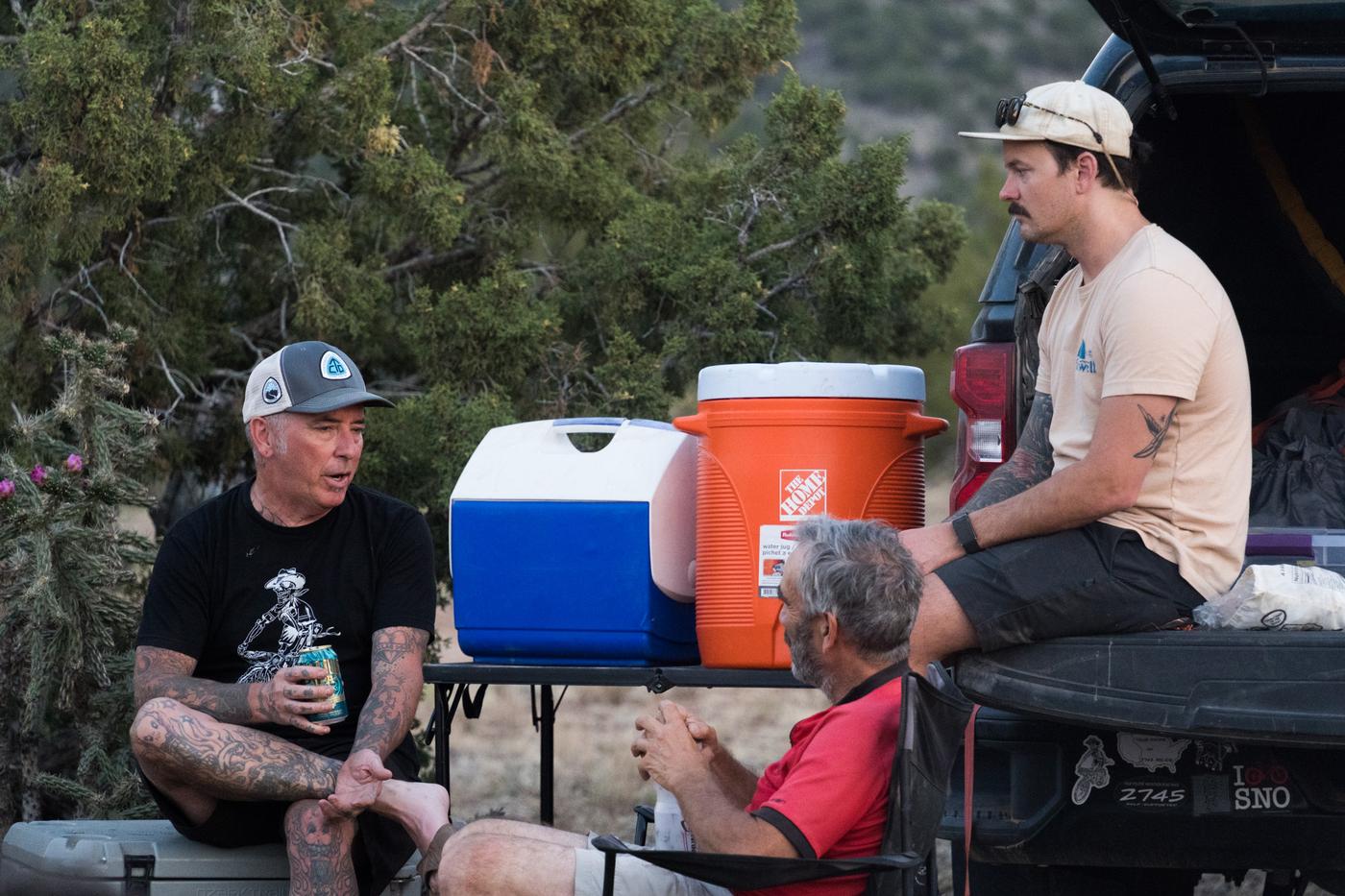 We set up camp, enjoyed cold beverages (thanks to Kevin Hinton from Adventure Bikepacking who cached a cooler and a water jug), and had some spicer-than-average burritos (which were still warm, somehow). After setting up tents, we talked about bikes and the state of the world, with a backdrop of smokey orange haze and distant thunderclouds. Conversations bounced between bag-making, European football, ultrarunning, and corn futures. At some point, after crawling into bed we were treated to a brief spattering of rain. I wondered about the fate of my fancy new leather saddle, which I hadn’t bothered to cover. But the good vibes were still running high and I felt that both the world and my saddle would be alright. 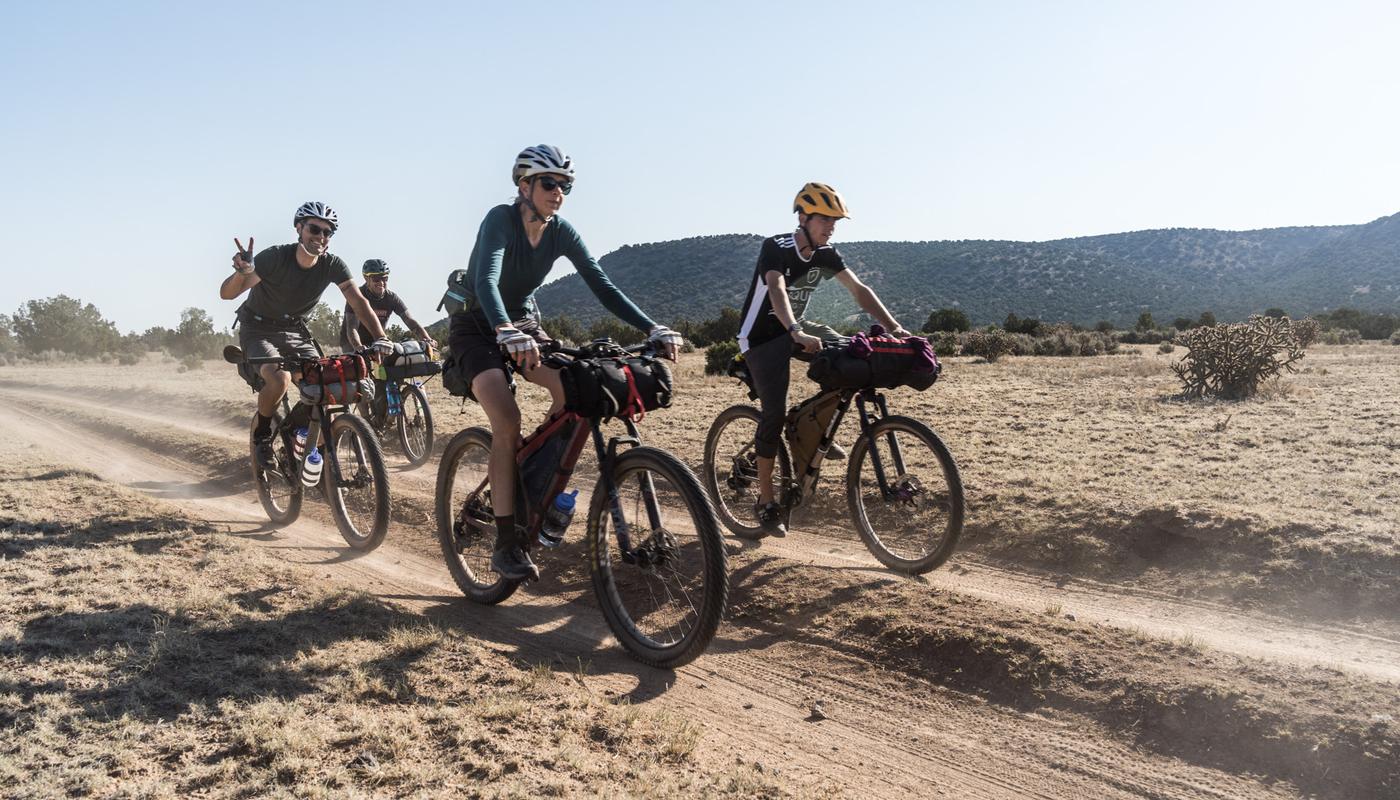 Everyone was up at the crack of dawn, packing bikes in hopes of beating the heat. Bailey spent a few minutes trying to coax the dog back into the trailer but to no avail. I couldn’t imagine why. We all said our goodbyes and trickled out in small groups back toward town, everyone just a bit more optimistic about humanity.