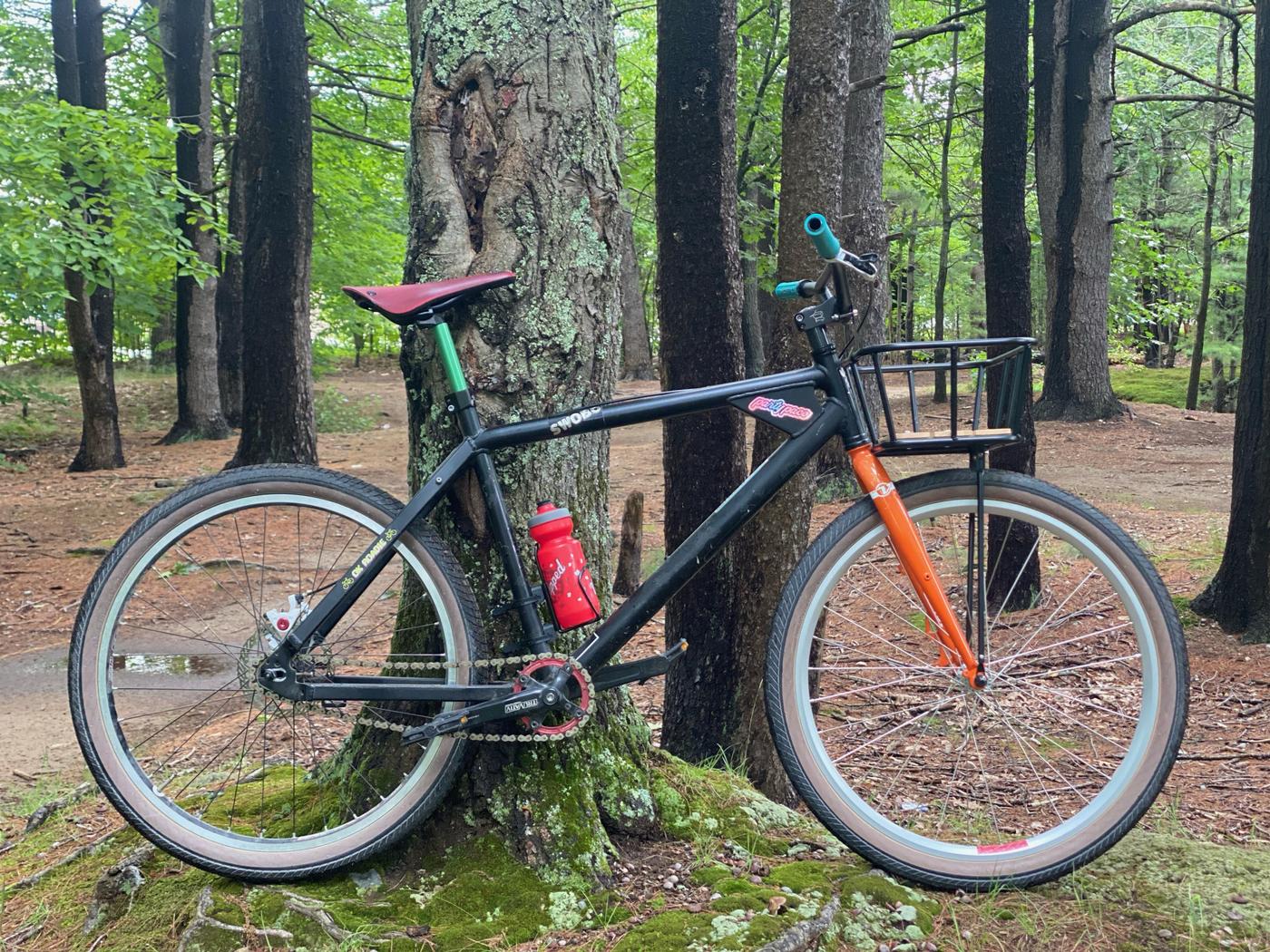 For today’s Readers’ Rides, we’re dipping into some cycling ephemera. Swobo’s bike frames weren’t around long but they’ve generated quite the cult-like following. Evan converted his Folsom frame into a basket bike and we know how much y’all like basket bikes so let’s jump right in! This is my Swobo Folsom which I’ve had for a number of years. It’s not my best bike but is certainly my favorite. I use it for hauling my daughters around in the trailer, running errands, neighborhood hot laps, and probably most importantly, just going for a bike ride. I live in the neighborhood I grew up in and still being able to jump curbs from my childhood, hit dirt jumps behind my elementary school, and annoy my neighbors with skid marks in their driveways is the best…even better that I get to share it with my girls.