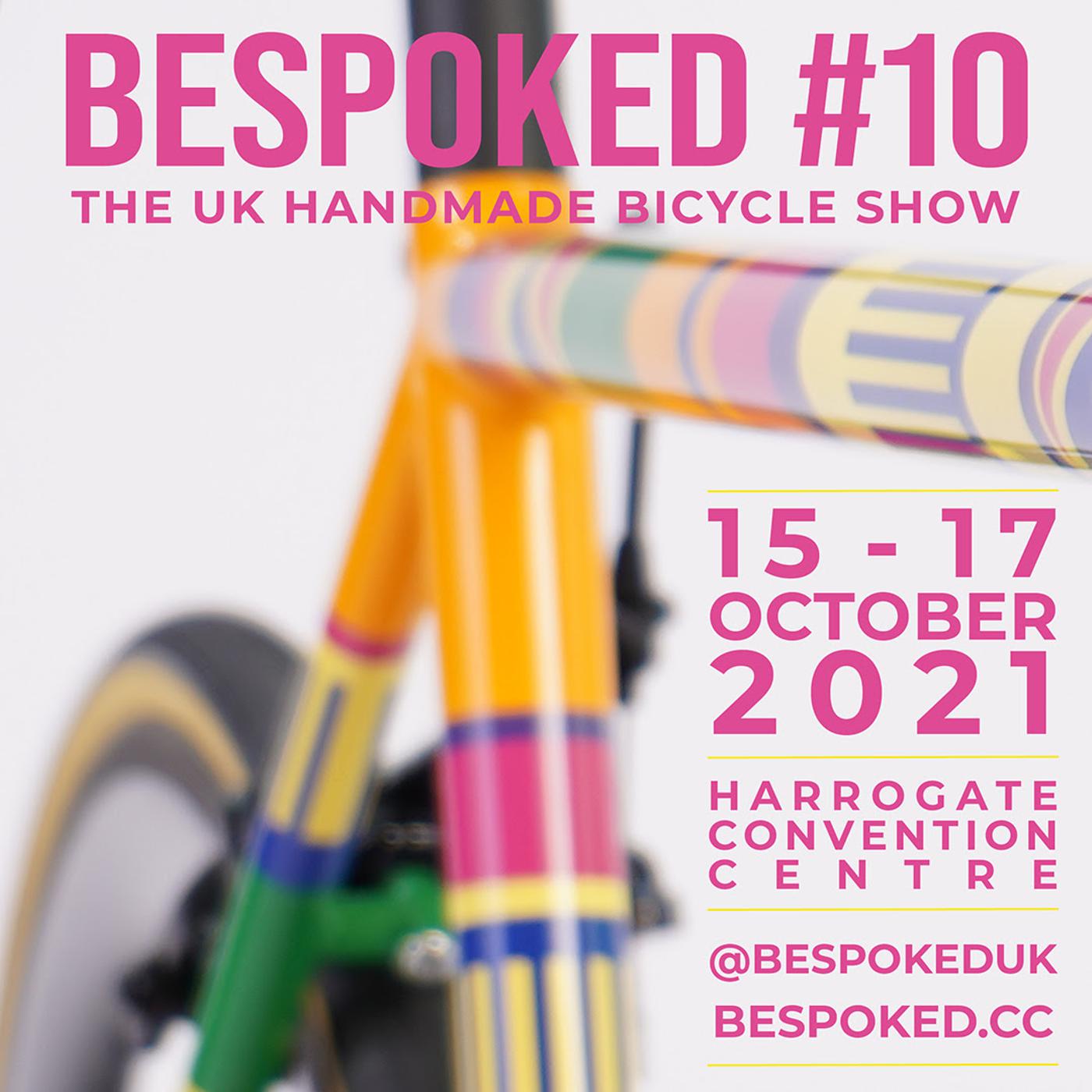 Bespoked UK, the framebuilding showcase is returning for 2021 after a year hiatus due to Covid. Check out the full press-release below!

We are delighted to announce that the long awaited and thrice postponed Bespoked will be taking place this Autumn over the weekend of 15 – 17 October. Bespoked #10 will be hosted for the first time in the cycling city of Harrogate, Yorkshire.
Show organiser Phil Taylor says “With our usual venue in Bristol no longer available for events, we wanted to move the show somewhere with a strong cycling heritage. We decided on Harrogate because of its rich cycling history, breadth and depth of framebuilders and makers, and for its accessible venue. This move will also bring Bespoked to a new cycling audience.”

The 2021 show will mark the 10th anniversary of Bespoked, the UK Handmade Bicycle Show. A continuing celebration of handmade bicycles and those who make them, we’ve been gathering the world’s best examples of the craft under one roof for nearly a decade.

The culture of cycling has evolved dramatically since the first Bespoked was held at Paintworks, Bristol, in 2011. Reflecting a resurgence of interest in traditional building methods alongside radical changes in design, materials and construction, we are now the premier handmade bicycle show in Europe and the event has become a highlight in the framebuilding calendar. Many exhibitors at Bespoked #10 were among those who displayed their work in 2011 and are today considered pioneers in the industry.

“We started Bespoked to celebrate the work of independent framebuilders and the wider cycling community,” says Phil Taylor, himself a framebuilder and passionate cyclist who founded the show alongside his wife Tessa. “But it’s been amazing to witness how interest has grown over the years. We’re proud to have been part of creating a new culture for handmade bikes and help connect pioneering builders with adventurous riders.”

As always Bespoked #10 will reflect changes not just in framebuilding methods but cycling itself. Alongside classically beautiful machines built for the road and track, mountain trails and town, we aim to showcase the innovative and unexpected, including ground-breaking designs and alternative visions of how bicycles can be used. Most of the bikes on show at Bespoked will have been built to commission, and are the result of a unique partnership between maker and rider.

Exhibitors at Bespoked #10 will include a number of companies who exhibited at the first show and have gone on to become industry leaders, including Feather Cycles, Demon Frameworks, Condor, Ted James Design, Shand, Mawis, The Bicycle Academy and Enigma.

Building on the inclusive spirit of previous shows, there will also be displays of handmade cycling accessories, clothing and footwear. Component manufacturers Campagnolo and Sram will feature alongside accessory makers Restrap, Wizard Works, Wildcat, Tim Tas Rek and Alpine Luddites. The full exhibitor list is available at Bespoked.cc

“For us, the show is a tribute to the passion of our exhibitors about what they design and make,” says Tessa Taylor. “Everyone who visits Bespoked #10 has the chance to encounter the bicycle of their dreams.”

Even though Bespoked 2020 hasn’t been able to happen, that hasn’t stopped the magic happening in the workshops! The world’s best framebuilders showing at Bespoked #10 have been taking over our Instagram feed to show you what they’ve been conjuring up. Remember, if you like what you see, it’s placing an order that will give you the bike of your dreams and keep the makers making! @bespokedUK

Early bird tickets for Bespoked #10 are on sale now through bespoked.cc at £15 (standard entry £20).