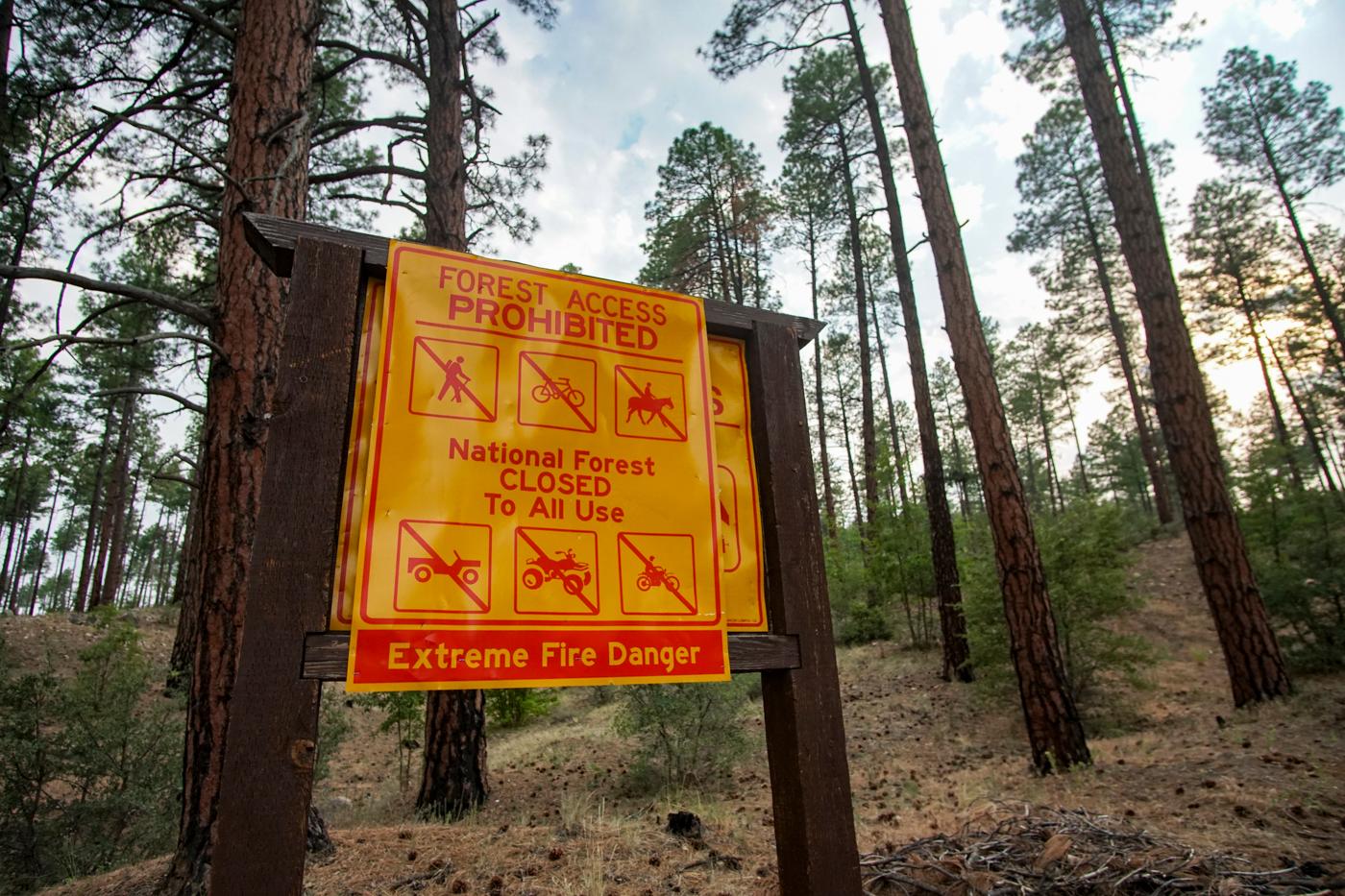 The accompanying gallery includes photos from a few of the areas in Arizona burned by wildfire in just the past 15 months.

My friend Joe and I stood atop Spruce Mountain just below the fire tower one last time this past Friday, admiring the surrounding peaks and forests of the Bradshaw Mountains. We both live just a few miles from this summit, and we share a love for big rides in the chunky, challenging backcountry trails deeper in the range. But today’s ride was a short one, first thing in the morning. Up on that vista, my eyes hopped from one patch of brown to the next, each a cluster of dead pines and firs. The ongoing drought is having a devasting impact on these forests. To the north, smoke from the nearby 40,000+ acre Rafael Fire filled Verde Valley with an impenetrable brown haze.

“Do we have time for the long way down?” Joe asked.

We flew down the descent, hopping like rabbits off all the water bars and skittering through the patches the loose rocks. It’s a fantastic descent, and there was no one else out on the trails that morning.

Back down at the trailhead, the clock struck 8:00. The breakfast bell at a nearby summer camp rang out.

“Is that the Forest closing bell?” We both laughed, but the sad truth was that the entirety of the Prescott National Forest had just closed to all public access that very minute. 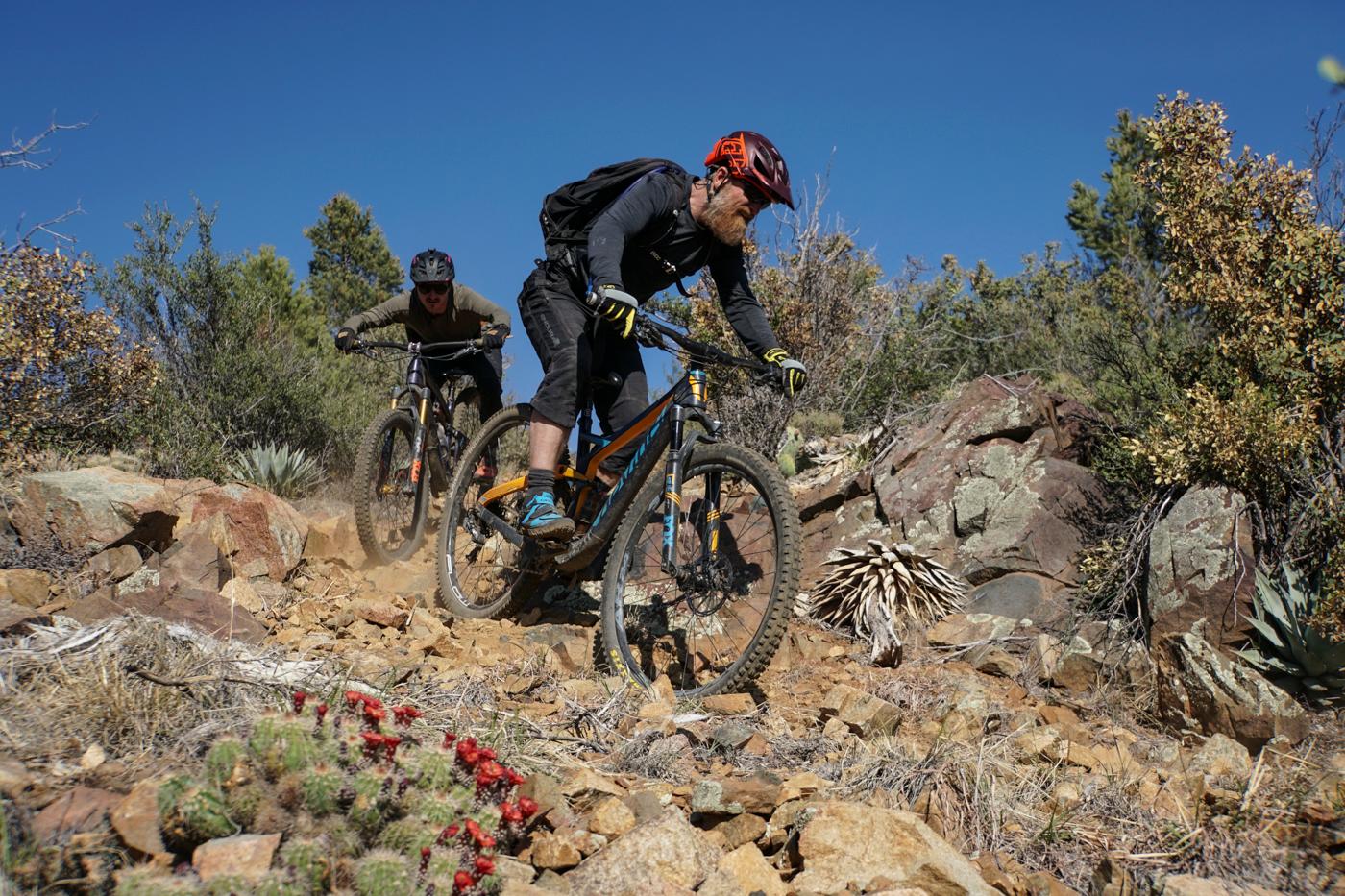 The extensive backcountry riding deep in the Bradshaw Mountains in the Prescott National Forest is some of the chunkiest around.

Joe and I each headed toward home from there, and on the way, I passed a U.S. Forest Service truck filled with barricades that were being put up at popular trailheads and Forest access points. All trails were now closed, as were all the dirt roads, campgrounds, and picnic areas – everything. Why? The closure is the result of the combination of extreme fire danger due to the ongoing drought and firefighting resources already stretched thin due to the dozens of fires currently burning across the region. All-time high temperature records were also just broken across the state the prior week. Lake Mead recently dropped to its lowest level ever. And we can expect progressively warmer temperatures and deeper droughts in the coming years as the impacts of a changing climate become more blatantly obvious (you can read about climate projections for your region here). 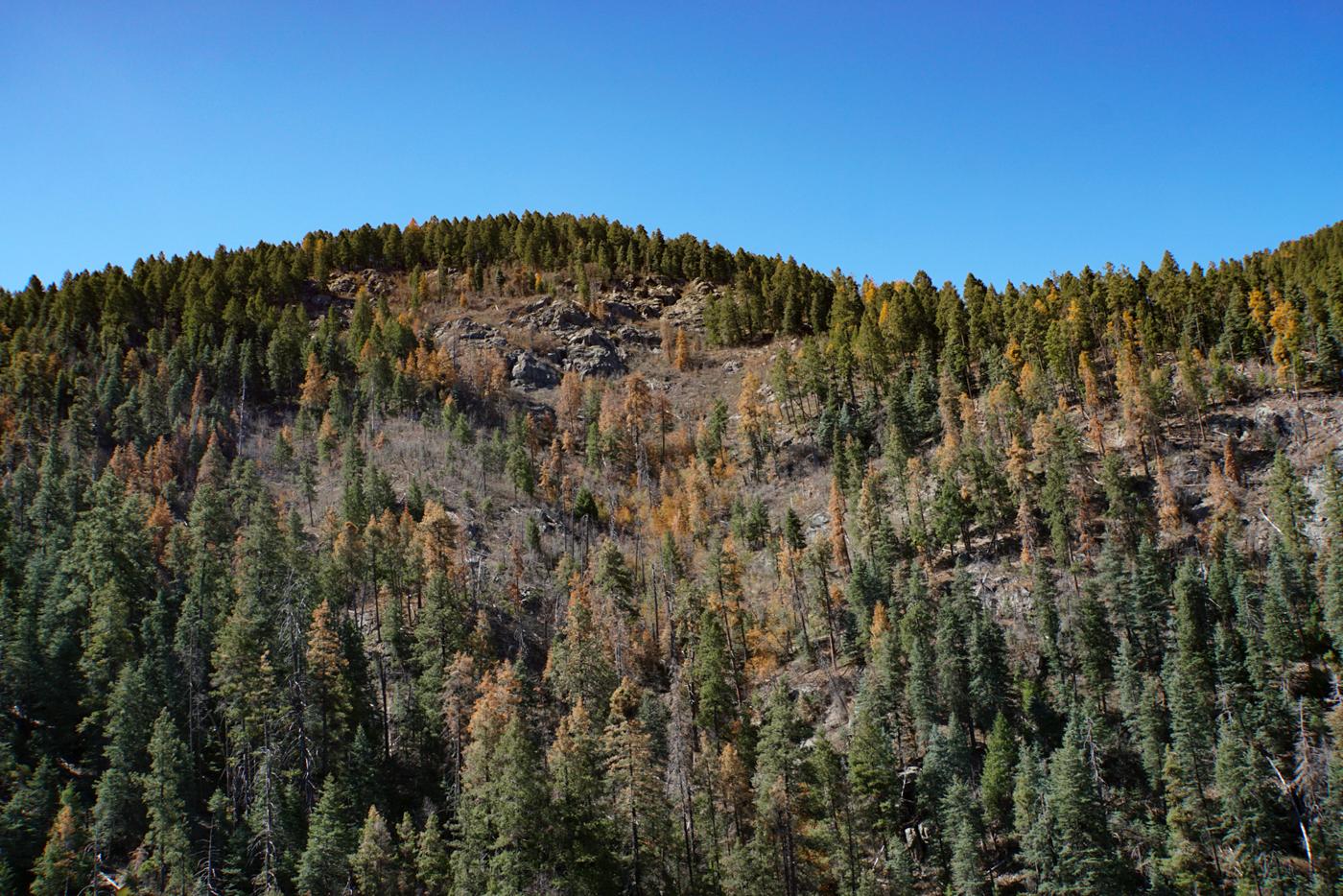 Fir and ponderosa pines that have just died in the past few months stand out prominently, still wearing their brown needles.

The Prescott National Forest was not the only one to close last week. The Kaibab, Coconino, Tonto, and Apache-Sitgreaves National Forests also closed, and the State of Arizona closed nearly all state lands. These closures will remain in place until widespread and appreciable rainfall dramatically reduces the fire risk. The summer monsoons usually bring moisture to the region beginning sometime in July, but the strength of these monsoons can vary dramatically from one year to the next, and that variability is only increasing. Last summer’s monsoon was the weakest on record, followed by the driest winter on record, worsening an already deep drought. Large swaths of the National Forests across Arizona also closed just three years ago due to similar conditions, and those closures lasted for nearly two months. 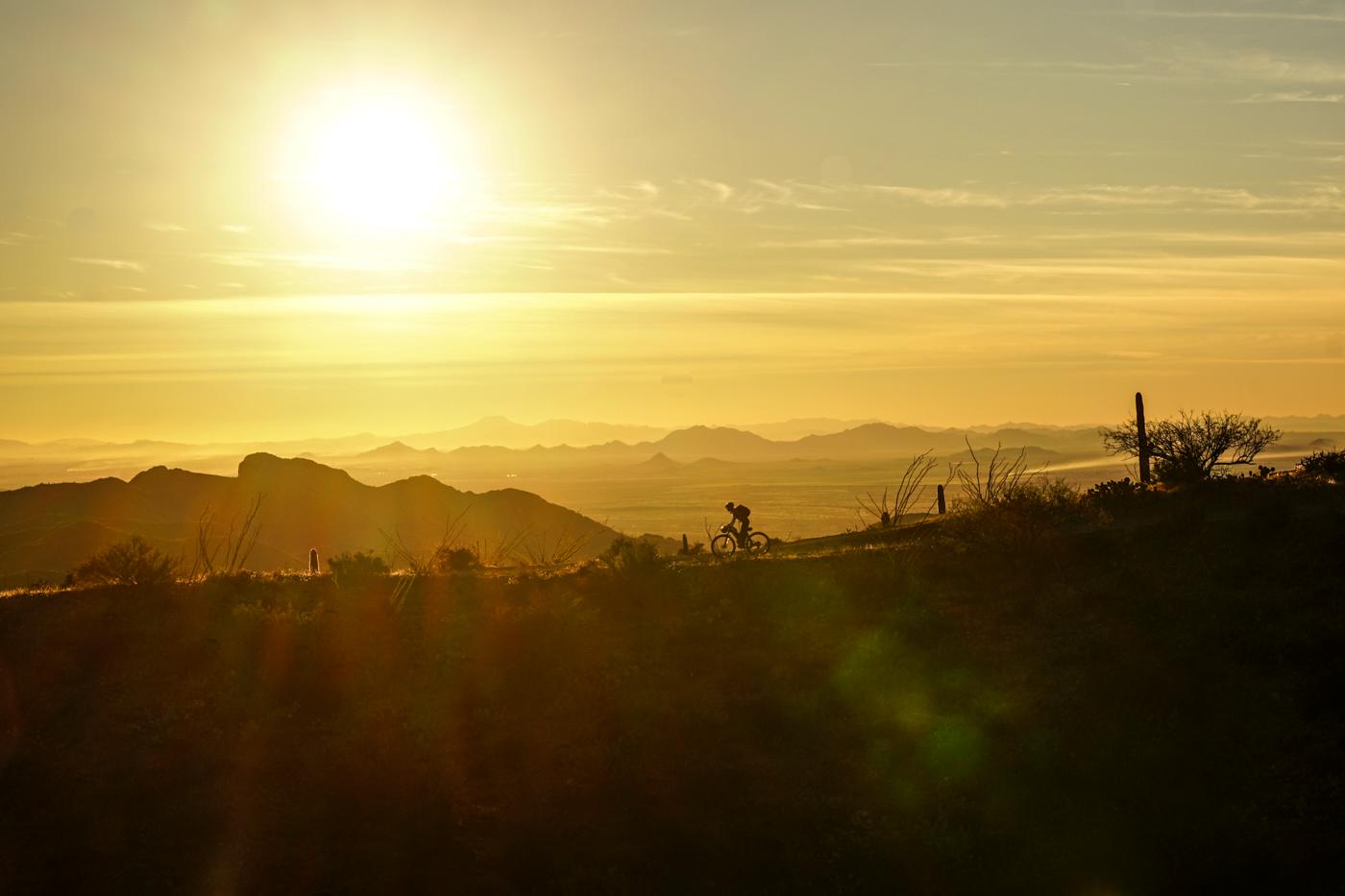 The Mineral Mountains east of Phoenix burned in the recent 180,000-acre Telegraph Fire.

These public lands are the draw for visitors and support economies reliant on tourism in outdoor recreation destinations like Flagstaff, Sedona, the Rim Country, the White Mountains, and so many more across the state. More than 60% of the 800-mile-long Arizona Trail is also currently closed, as is several hundred miles of the Western Wildlands Route, Bikepacking Roots’ epic that stretches from Canada to Mexico. Public lands closures are hard on local economies, but the potential impacts of wildfires on lives, infrastructure, and ecosystems can be far more devastating. 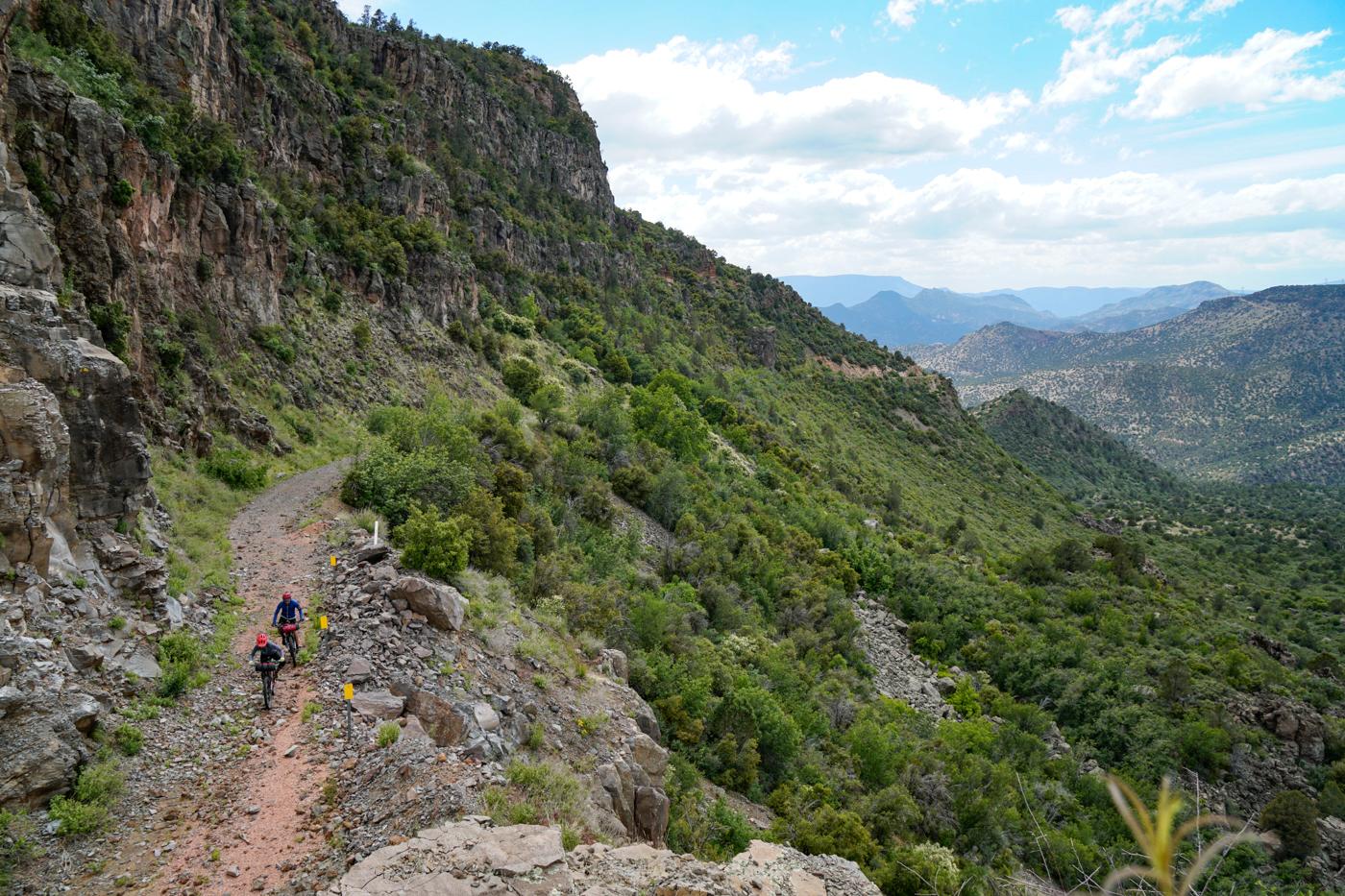 The Backbone Fire in the just burned these valleys in the Central Highlands last week.

In recent weeks, the Telegraph Fire burned more than 180,000 acres east of Phoenix, scorching a long stretch of the Arizona Trail and burning old-growth forest atop the Pinal Mountains. This fire merged with the nearby Mescal Fire, adding another 72,000 acres, and these fire burned right to the edge of the communities of Superior, Globe, and Miami. The Backbone Fire has burned 40,000 acres, forced the evacuation of the towns of Pine and Strawberry, and moved through the sensitive riparian corridor along Fossil Creek. The Rafael Fire has burned another 75,000 acres across the desert riparian corridor within Sycamore Canyon put one edge of Flagstaff on evacuation alert. And dozens of other smaller fires are currently burning across the state. This all follows on the heels of nearly a million acres burned in Arizona during 2020, the second most severe fire season on record for the state. There were also devastating and massive wildfires that burned through large swaths of California, Colorado, Idaho, Oregon, and beyond. 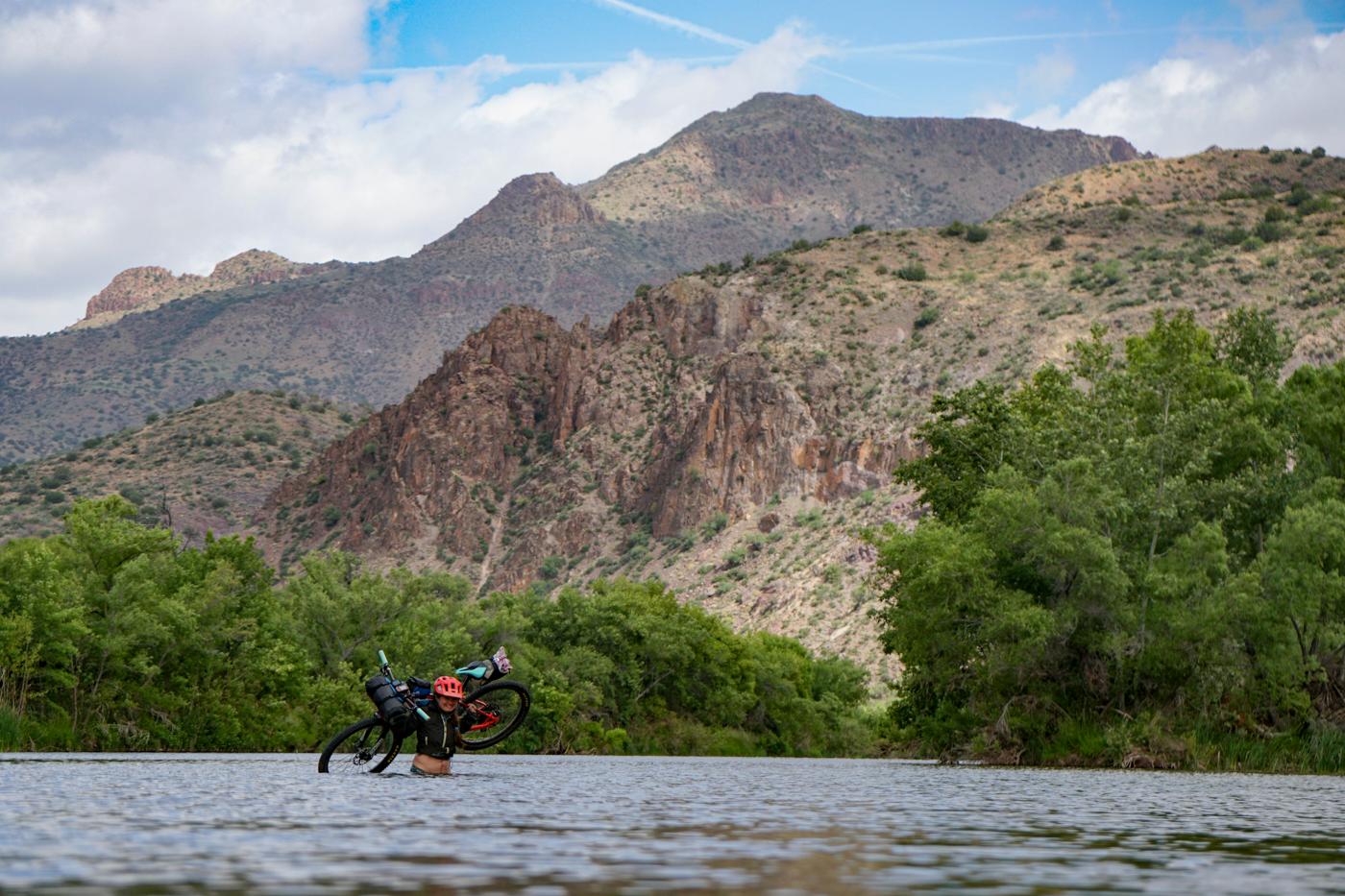 Although wildfires are an important and natural occurrence in some of the West’s ecosystems, larger, hotter, and more devastating fires are becoming increasingly common. Wildfire seasons are growing longer, and post-fire flash flooding and municipal water source contamination are presenting ever greater challenges. This is the new reality across the region, and the changing climate is the major contributor to this evolution. We as a society are running out of time to mitigate far more dramatic impacts of climate change that we’re very likely to experience if this business-as-usual greenhouse gas emissions scenario continues to play out unabated. 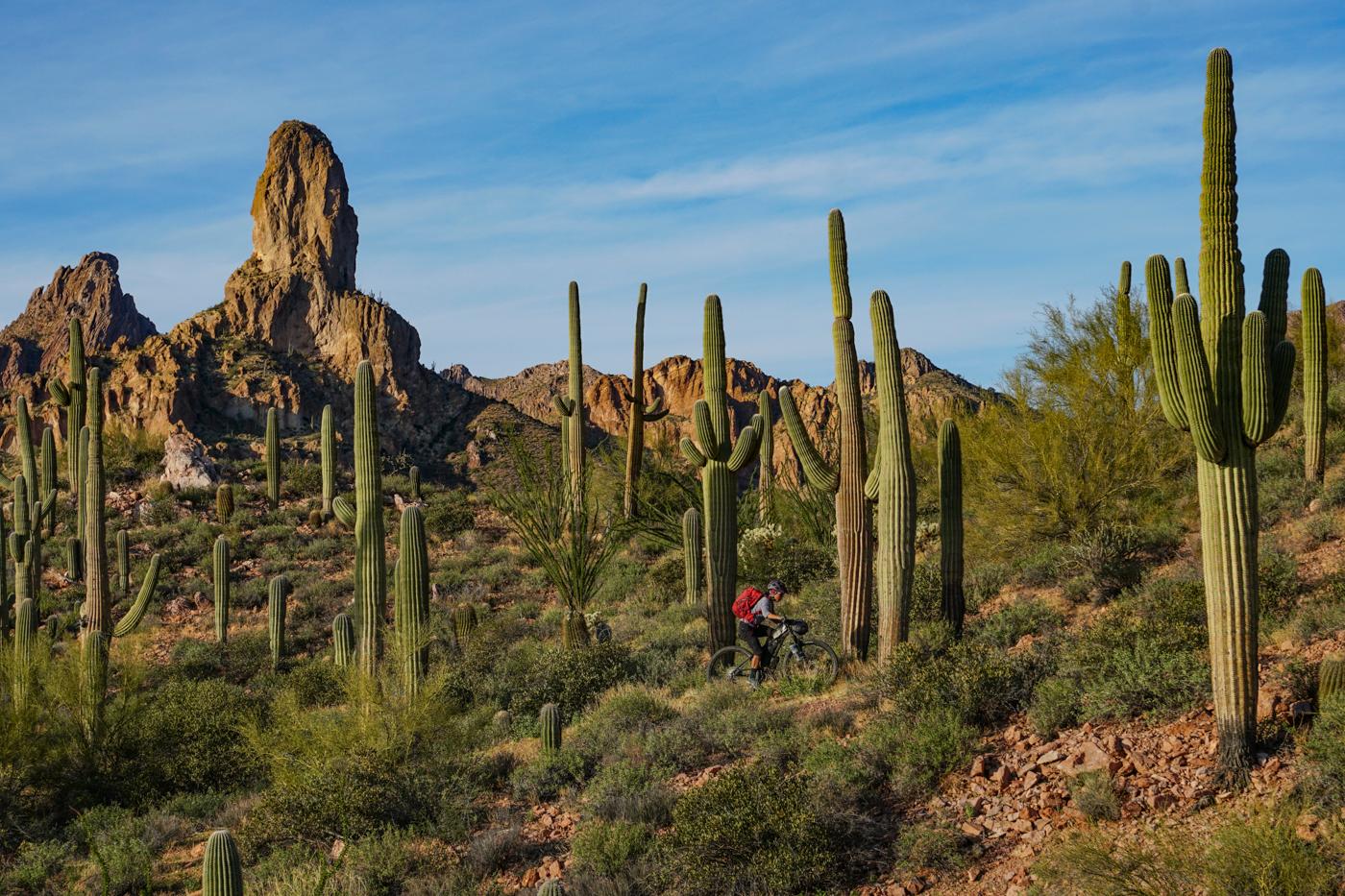 15+ miles of Arizona Trail from this vantage north burned in the recent Telegraph Fire.

Here’s where we have an opportunity to take some positive action today. The Biden administration and many Congressional Democrats are pushing for comprehensive climate legislation that will dramatically reduce greenhouse gas emissions and leverage federal funding for more climate-friendly energy infrastructure. This plan includes (1) investments in electric vehicle infrastructure and tax credits and grants for the private sector and consumers, (2) major investments in communities hardest hit by the effects of climate change, often communities of color and rural communities, (3) gradual elimination of subsidies and tax credits to the fossil fuel industry, (4) improving the nation’s electric grid to better support cleaner energy. 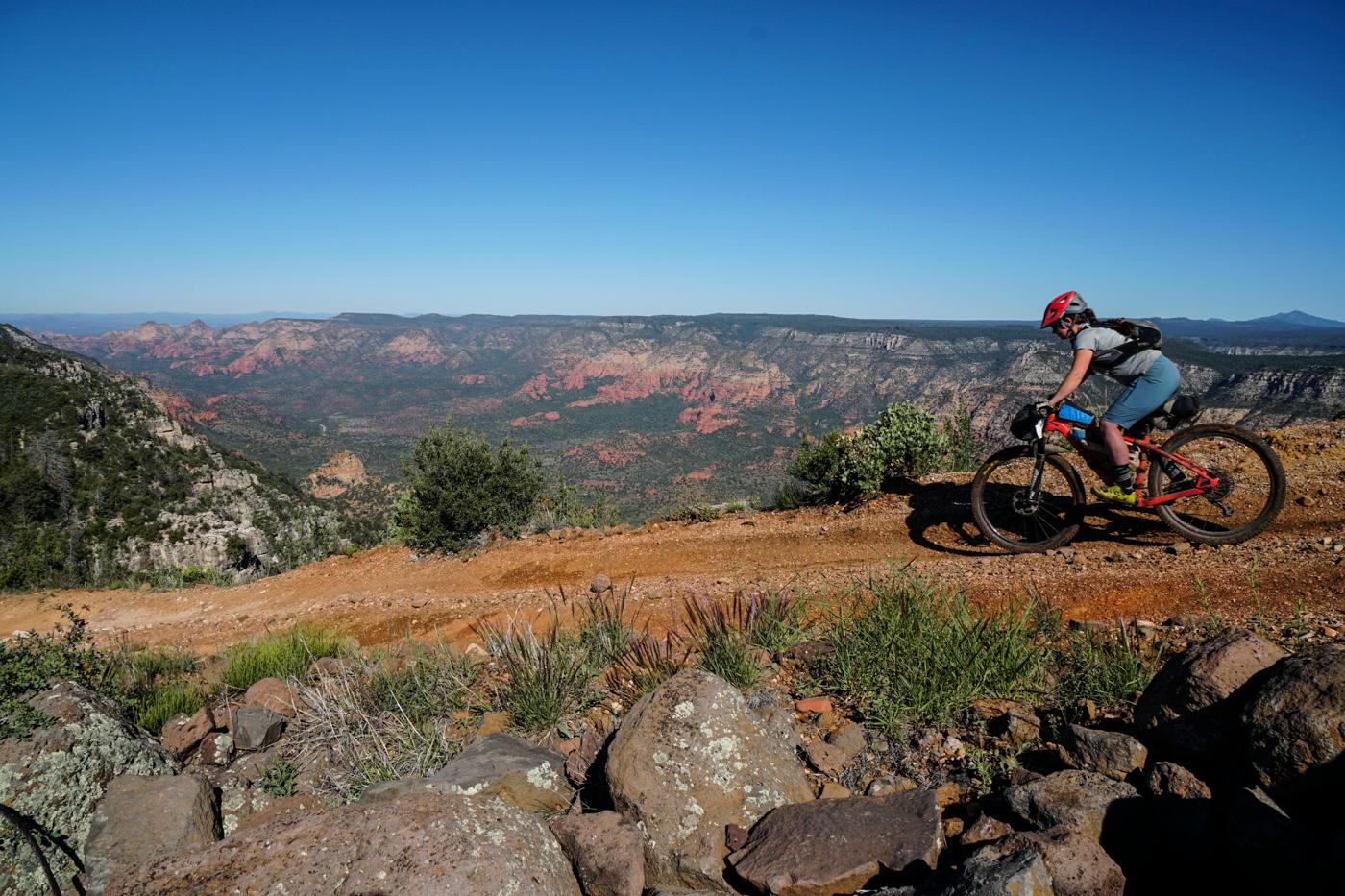 These fingers of the Colorado Plateau near Sedona burned last week in the Rafael Fire.

The United States is the second largest producer of greenhouse gases globally (behind China), and these are all steps toward legitimate action to reduce our impact on climate. The current $1 trillion bipartisan infrastructure bill negotiated in Congress leaves out nearly all climate action, and Congressional Democrats are hoping to include the above climate actions in a subsequent “budget reconciliation process.” Such a process only requires a simple majority to pass in the Senate (rather than the usual 60 votes), and given Republican opposition to any legislation that would negatively impact the fossil fuel industry, this is the only feasible way for any impactful climate legislation to move forward. 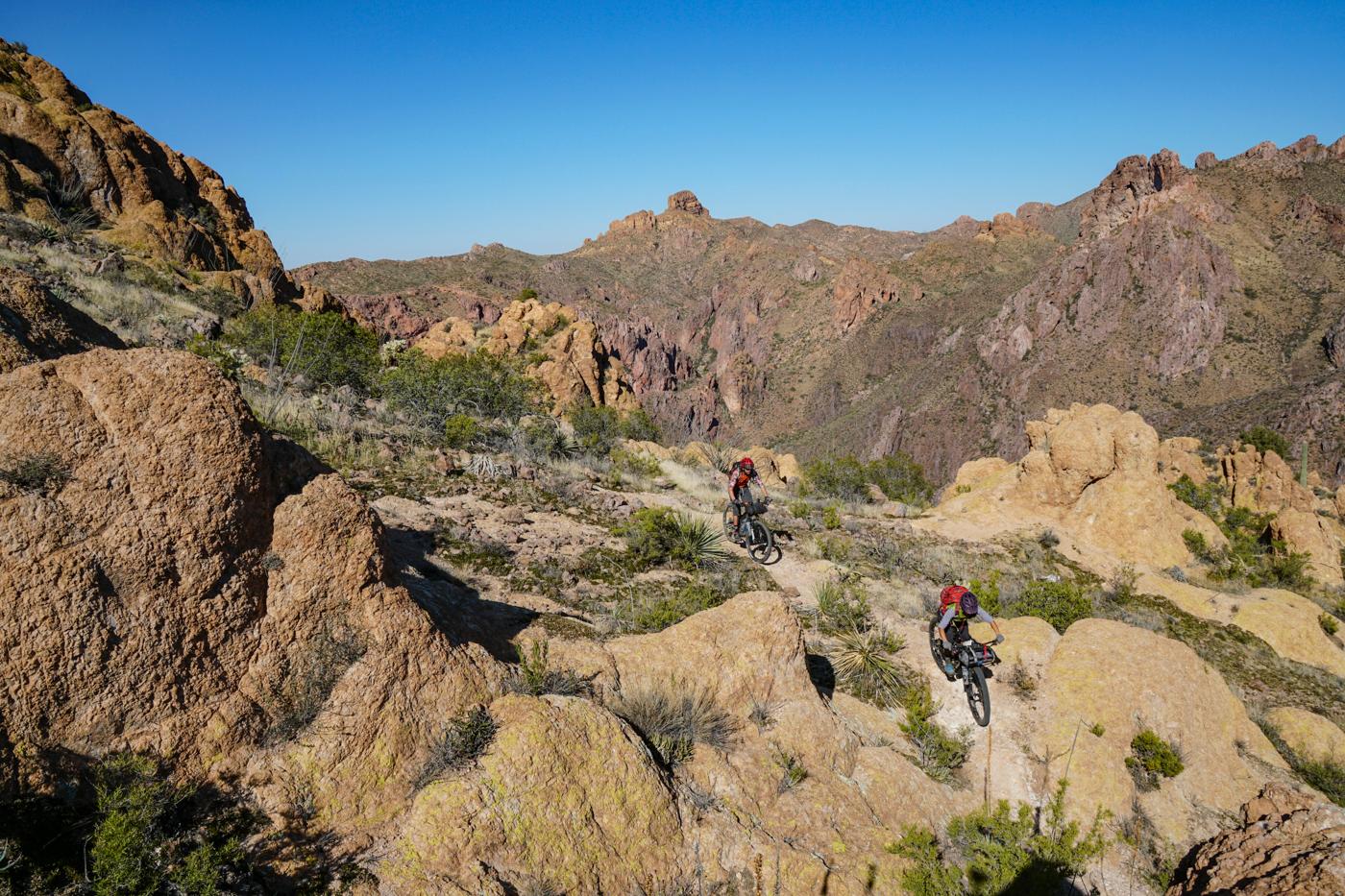 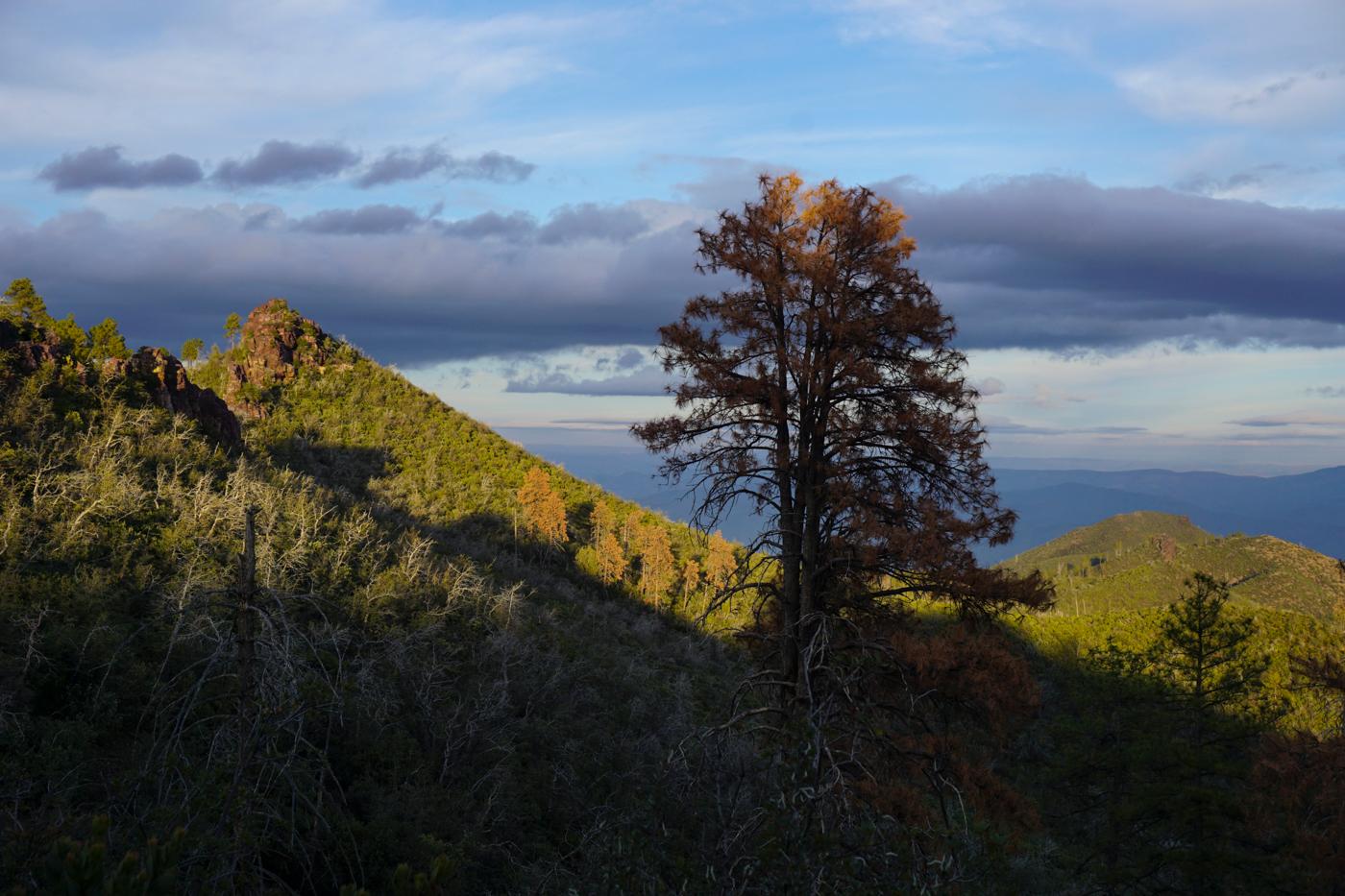 These canyons along the Arizona Trail all burned in the Telegraph Fire (left). Last summer’s Bush Fire burned nearly 200,000 acres of the southern Mazatzal Mountains (right).

So what can you do if you want to see climate action now? Reach out to your Senator and tell them to support the climate actions included in The American Jobs Plan to help rebuild the economy while addressing the causes of climate change (you can find out how to contact your Senator here). This is especially important for those of you living in the western states of Montana, Utah, Arizona, and Colorado where Democratic Senators have expressed resistance to any legislation that will impact fossil fuel industry jobs. 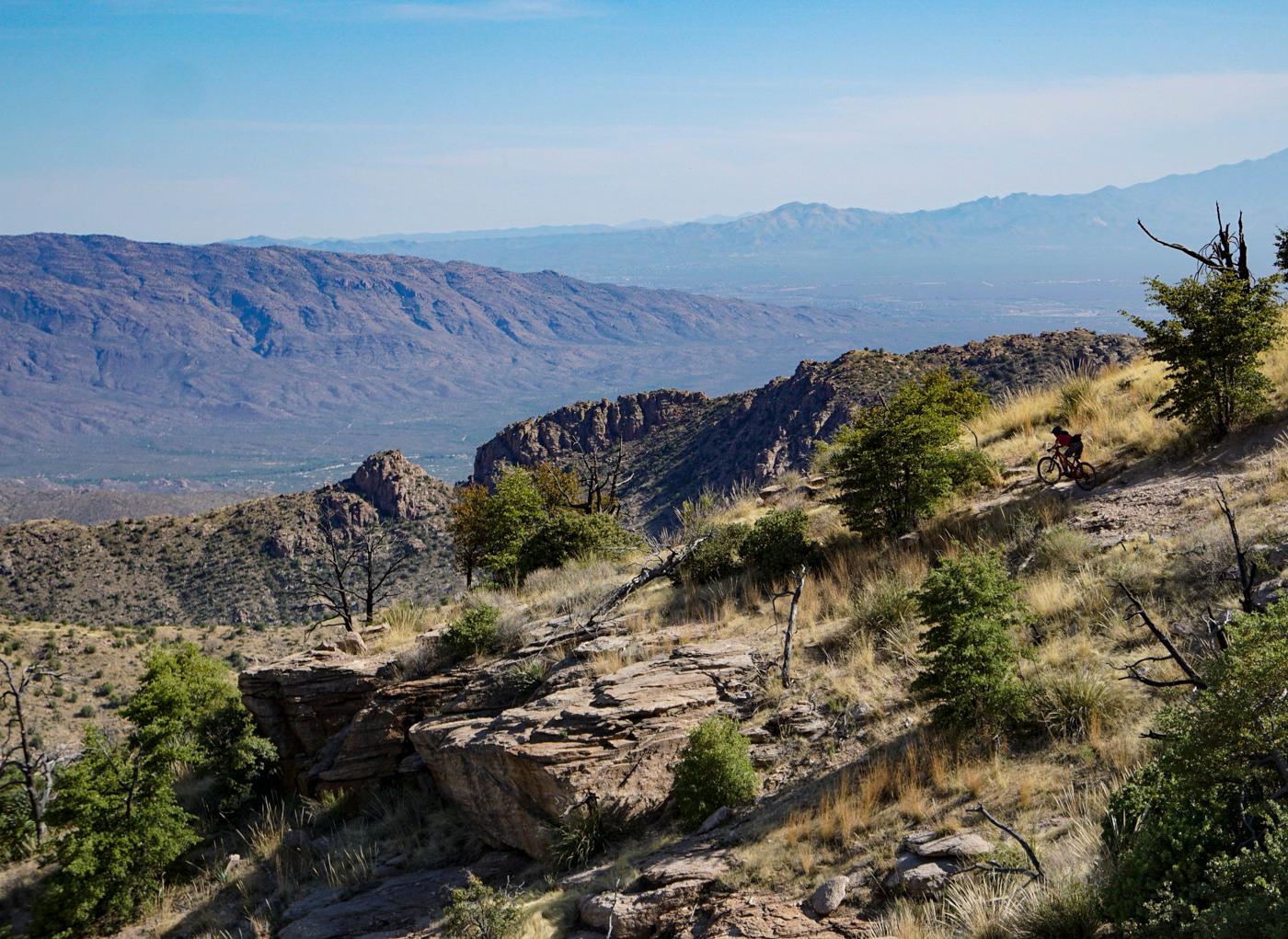 The Bighorn Fire burned 120,000 acres up and over Mount Lemmon immediately east of Tucson.

Beyond that, cross your fingers that the summer monsoons kick into action quickly and continue to bring much-needed moisture to the region for the next couple months.