Last weekend’s visit to Why Cycles and Revel Bikes brought with it a veritable overload of Beautiful Bicycles but one, in particular, stood out to me. Matt’s El Jefe build was one of the last bikes I shot on the trip but had such a wild build kit that I wanted to reserve it for its own gallery, so let’s check it out in detail below. 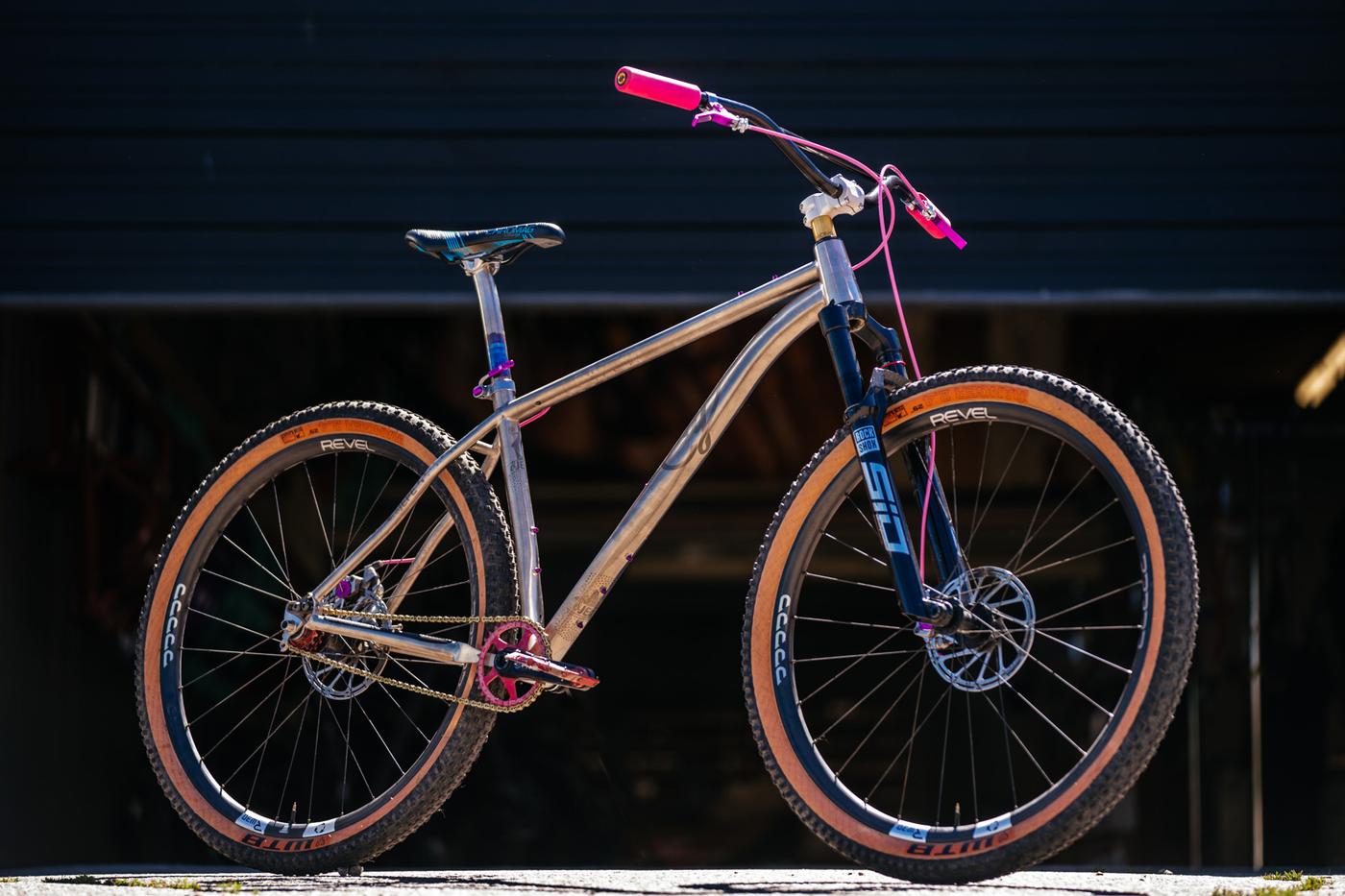 Matt works in Dealer Sales and acquired this El Jefe when they came out earlier this year. The current build state is what he had in his parts bin and is working towards a more deep custom build kit for it. Eventually, a titanium Squid fork will accompany the build, along with EE Wings cranks, new wheels with Onyx hubs, ti bars, and other notable accouterments. 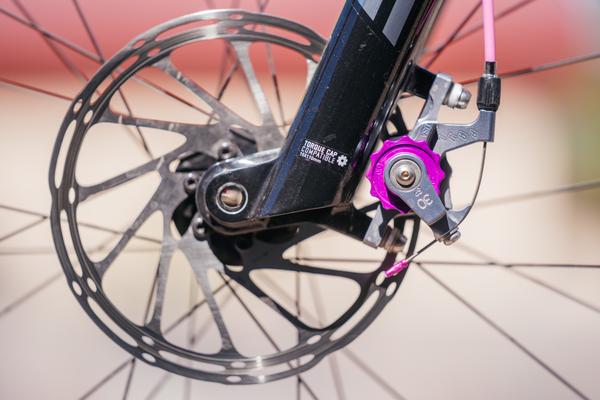 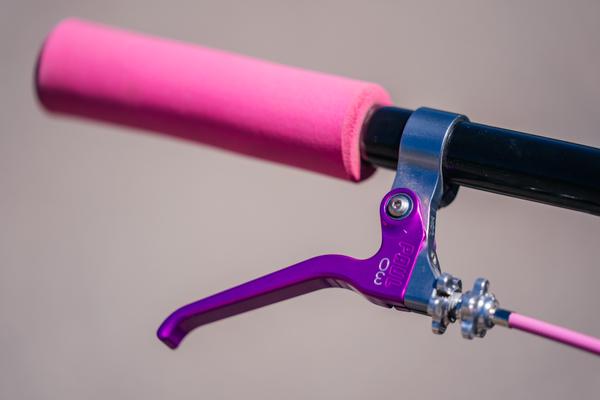 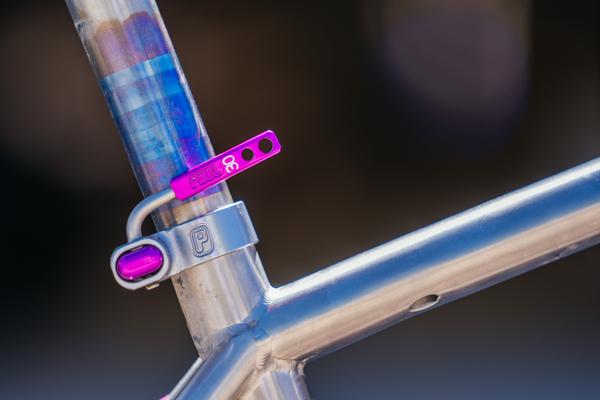 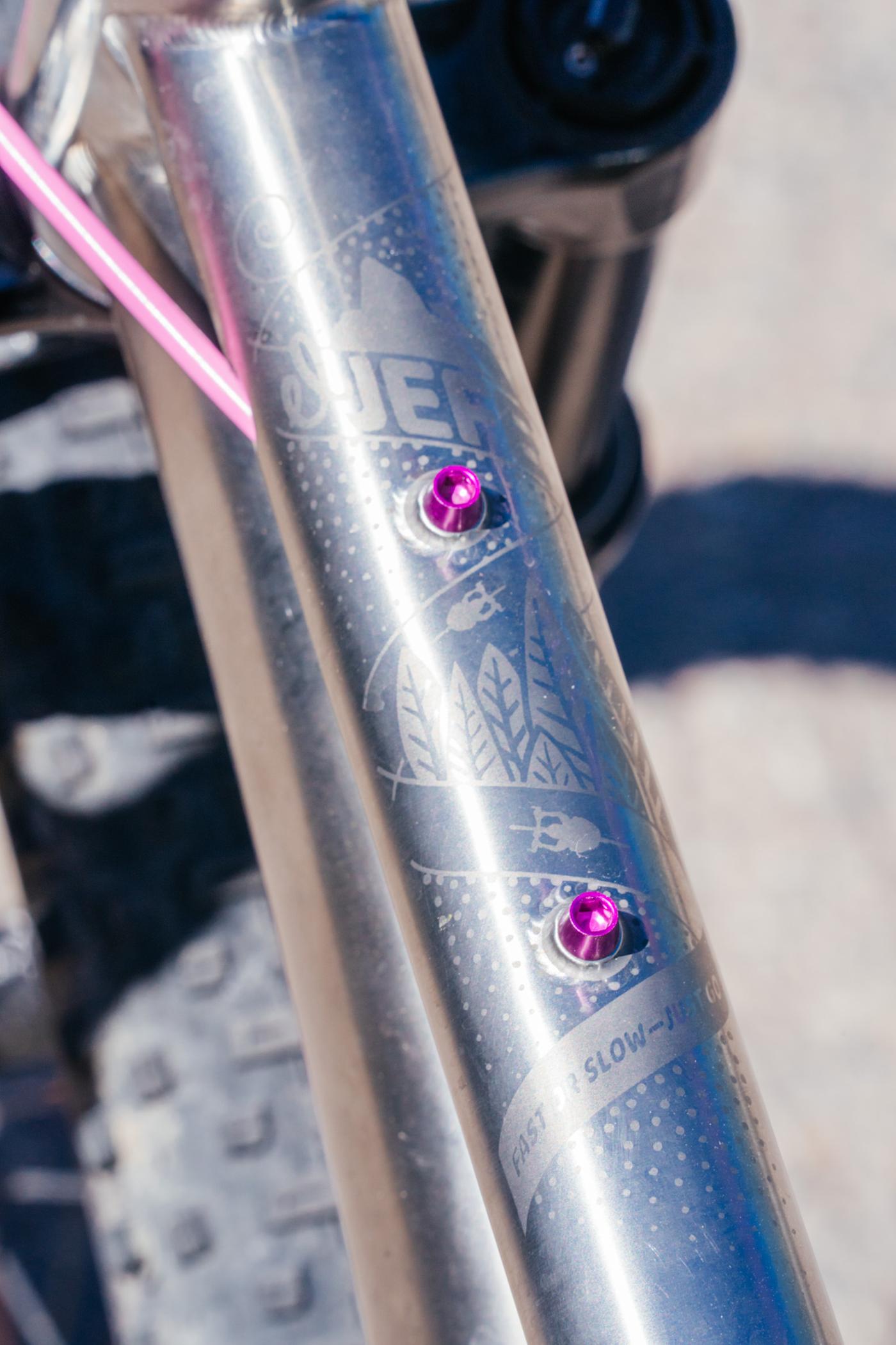 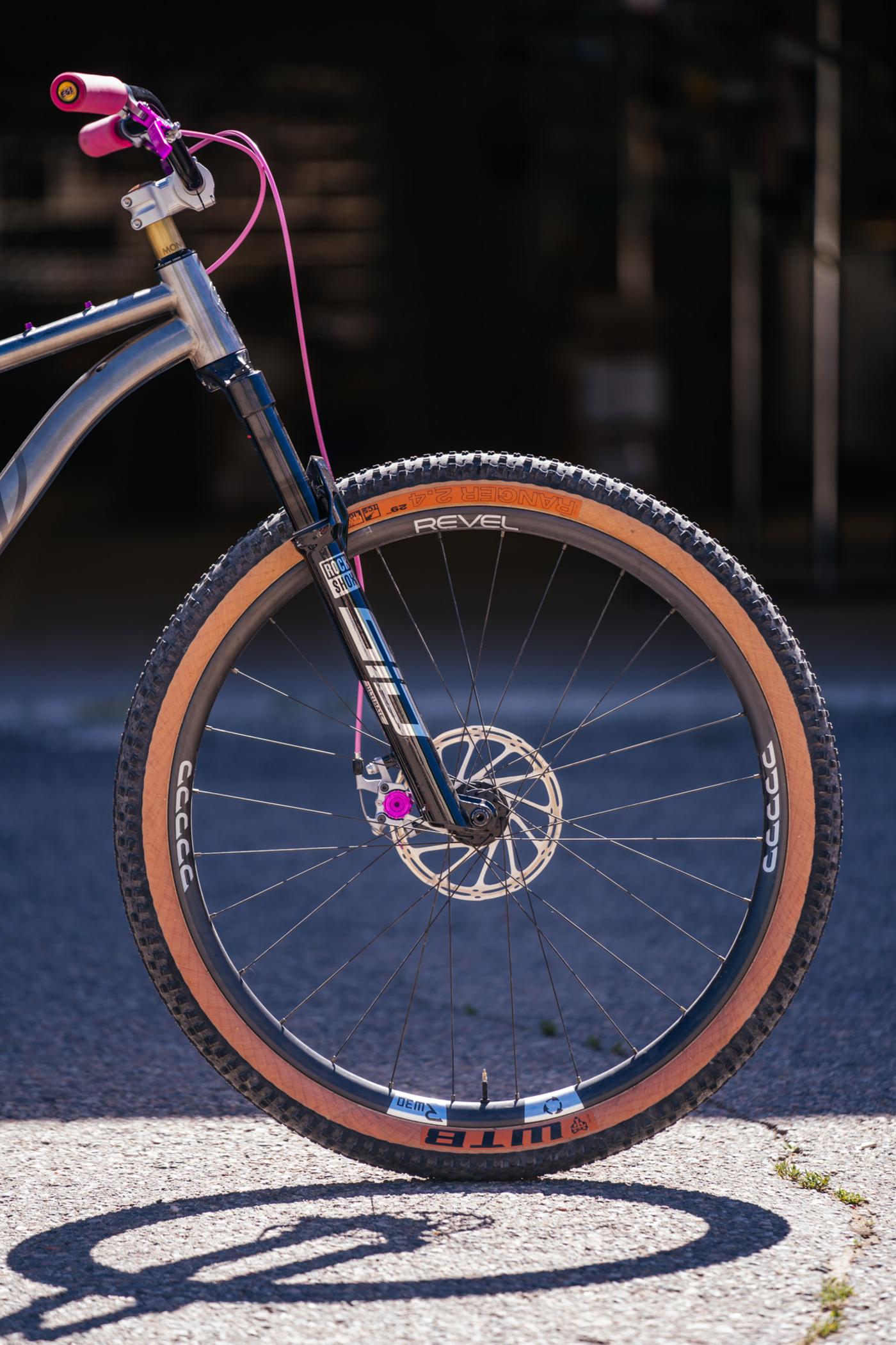 The El Jefe, once it’s back in stock, is going to be one of the best sellers in Why’s catalog, ATMO. There’s something amazing about a titanium hardtail that just elevates the riding experience, and having a bike that can easily be converted to singlespeed just ups the ante even more. 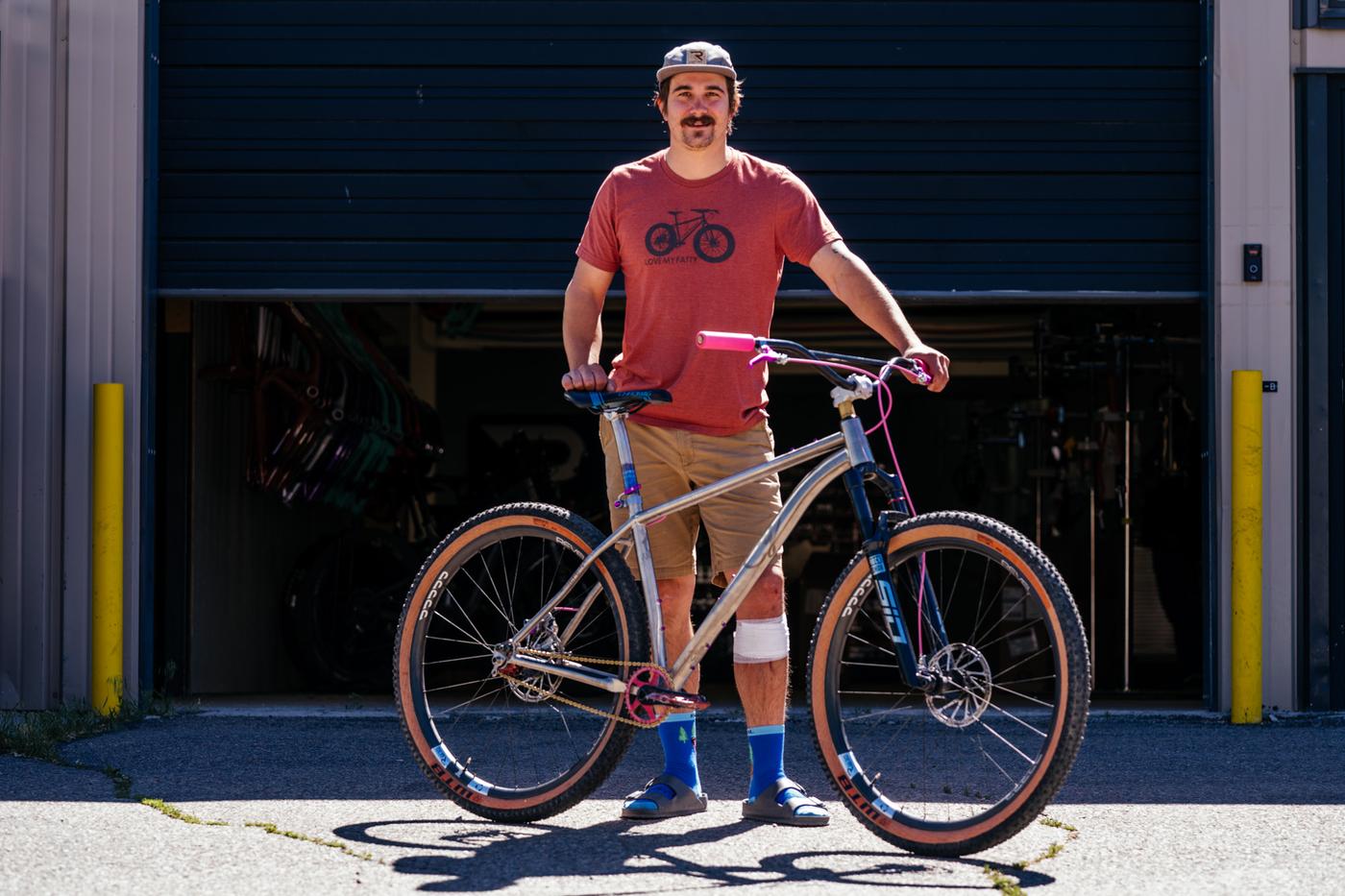 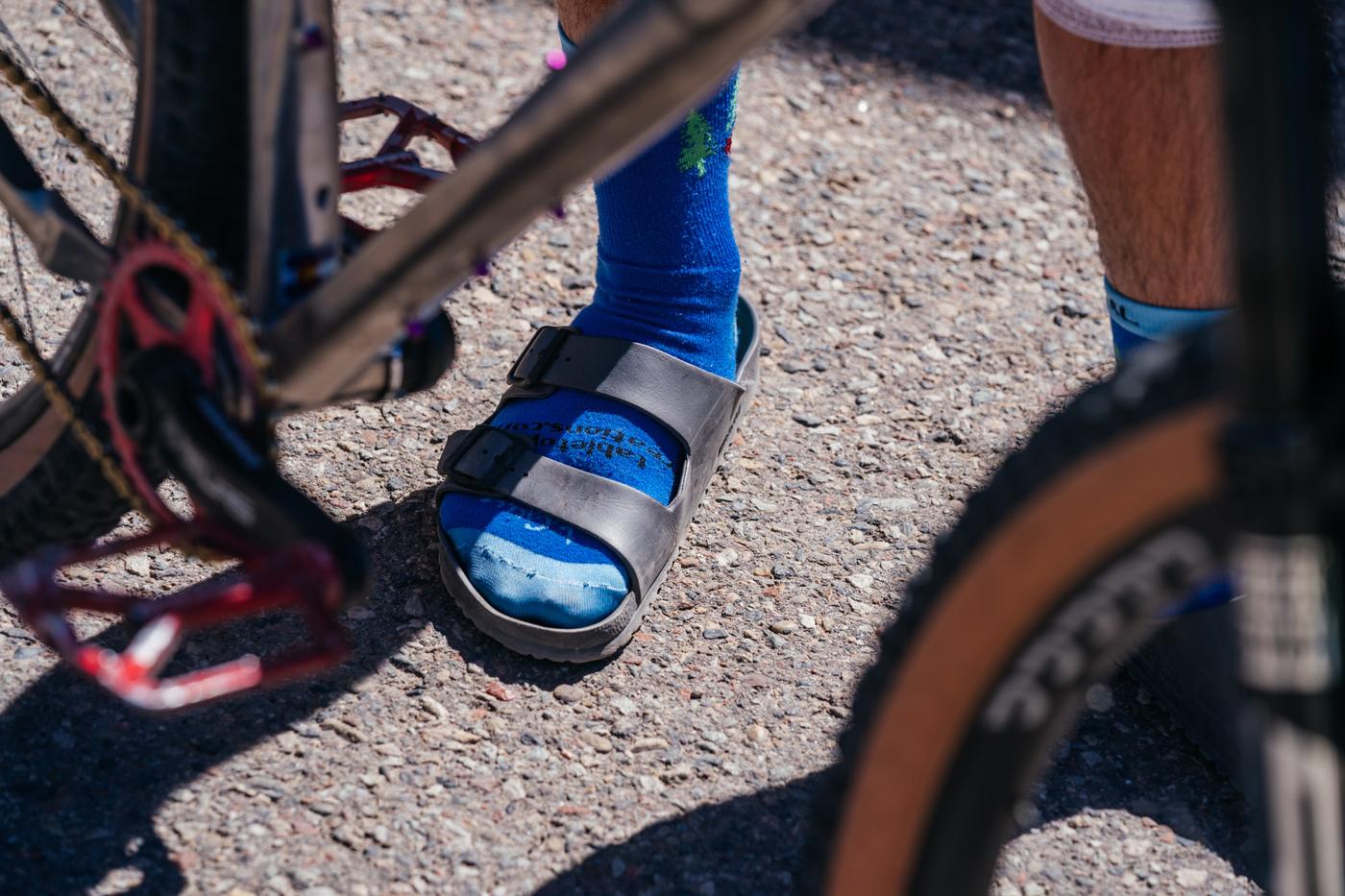 If you’re wondering about Matt’s bandage, he took a spill rafting and a rock gave him a pretty good gash that merited 8 stitches. As for his socks and Birks, well… that’s a point of contention at the Why and Revel offices!

Thanks again to Why and Revel for letting me pine over their bikes and kick around for the weekend. That whole team knows how to live it up!