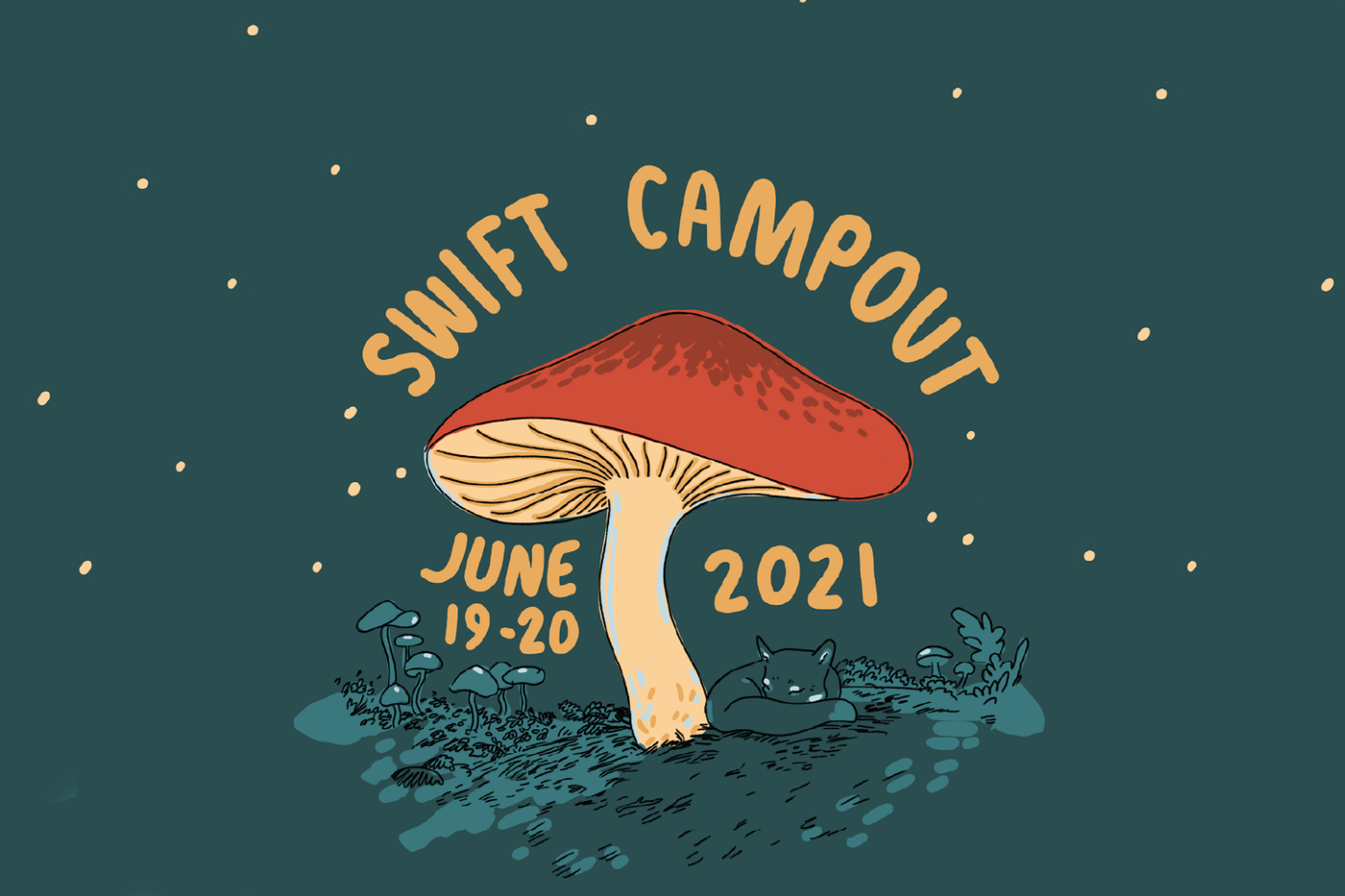 The Swift Campout is a global call to go bike-camping on June 19th and 20th, 2021. For the seventh year in a row thousands of adventurous spirits will load camping gear on their bikes for a weekend adventure. In the words of Martina Brimmer, Swift Industries head honcho and the visionary behind Swift Campout, “Here at Swift, we believe that there’s little better than spending the longest day of the year on a bicycle and the shortest night of the year sleeping under the stars. The entire Swift crew, from our stitchers to our coin-counters, is driven to delight our communities toward bicycle adventure.

This year’s featured artist is none other than bike industry mainstay Chris McNally, whose signature watercolor style conjures a dreamscape of fantasy environments with cuddly critters to explore on two wheels. The scavenger hunt theme of the new Campout microsite invites digital exploration, too! Campers are encouraged to lose themselves in Chris’s wonderland, discovering fun and informative hidden gems as they “pedal” through. In its 7th year, the Campout recipe of partnering with like-minded outdoor brands to amplify the encouragement for cyclists of all experience levels and abilities to take to the trails for a weekend of bike-camping is a timely and relevant invitation to re-engage with the community in cherished outdoor spaces. Swift continues to push the envelope as a gear brand that has put roots in a unique space between the cycling and outdoor industries–two marketplaces whose cultures did not overlap when Swift Industries entered the arena in 2008.

Head to Swift Campout to read all the details!