It was the speed at which it happened that shocked me the most. One minute Tomas and I were laughing hysterically as I tumbled into the snow for the umpteenth time, the next I was genuinely scared my buddy was about to collapse into some awful hypothermic coma. It was terrifying. The day started with coffee and breakfast in Café Zero Neuf and then it was a short drive to Foix where we would kick off the day’s ride. We had planned to shoot pictures whilst climbing to the summit of Prat d’Albis using the less known route from Ferrieres via the Col de la Perche – it’s a mix of steep, aged tarmac followed by double track trails in dense woodland. It is incredibly scenic and extremely photogenic; add snow into the mix and you’re in nirvana. Storm Filamena had dumped a bucket load of snow on the region over the proceeding 48 hours. There are numerous ‘cabin’ on the climb so I figured the route would be ride-able. The road had been ‘cleared’ but not in the way we might have expected. There was no sign of a snowplough but it was clear a tractor (or something similar) had made the trip so we used its tracks for grip. It was less than perfect but the sunshine, snow-laden trees, and sheer joy of riding on this niveous surface kept the pedals turning and spirits high. After an hour of climbing, we reached the end of the forest trail and joined the ‘main’ route to the climb’s summit. It’s the same route the Tour de France climbed in 2019, although conditions at that time were somewhat different.  The local authority clears much of the road but their snow ploughs stop 3.5km from the official TDF summit. It would mean we’d be riding in the tracks of winter sports enthusiasts – the look on their faces as two cyclists left the cleared road was perhaps a warning of what was to come. We continued for another 1,5km but the ever-deepening snow made riding increasingly difficult. We had given ourselves a time limit and Tomàs called it; we took the decision to head back down to Foix, before reaching the summit. As we made our way back through the snow, I must have stacked it over a dozen times and even managed a trip over the handle bars (for the first time in 30 years). We laughed a lot but this would quickly turn to fear. I would like to stress at this point that Tomàs and I are both very experienced cyclists. We are neither reckless nor irresponsible and we considered ourselves well prepared for the day’s ride and the conditions we would endure. This short trip would remind us you take nothing for granted. The speed at which the cold grabbed hold of Tomàs was frightening. At first, it was his hands that suffered but the descent is short so we’d be back at the car before things escalated – I was wrong. The shivering started soon after and before long we were huddled at the side of the road as I tried to warm Tomàs up.  A switch had now been flicked and we both knew we needed to get off the mountain, fast. The rest of the descent went past in a frozen blur. 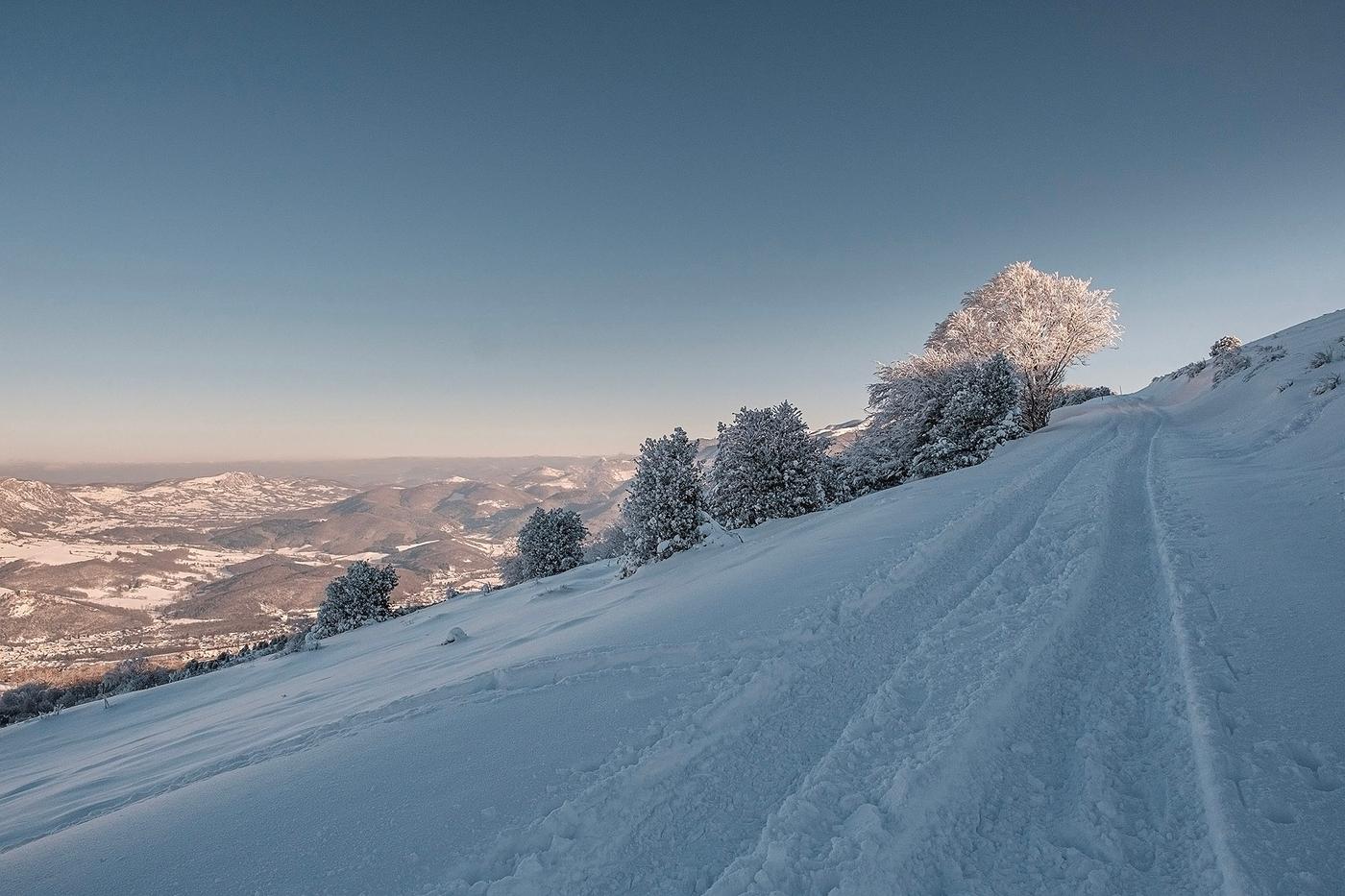 When we finally reached the car, Tomàs was in a really bad way. The shivering was now so intense and the colour so drained from his face, I was on the verge of calling an ambulance. We had to get him into the car but because I had no feeling in my hands, trying to fish the car key from Tomàs’ pocket required a monumental effort of mind over matter. I still don’t know how we did it but with Tomàs now safely sat in the passenger seat, the heater blaring and 3 layers of Patagonia over his body, I finally started to relax a little. It still took over 30 minutes for the shivering to stop and for him to regain his senses. It was one of the scariest moments of my life. We were able to laugh on the way home and thankfully Tomàs has fully recovered but this experience taught us a valuable lesson – you never take for granted conditions in the mountains and must always expect the unexpected, no matter how sensible we think we are. We can all get caught out.