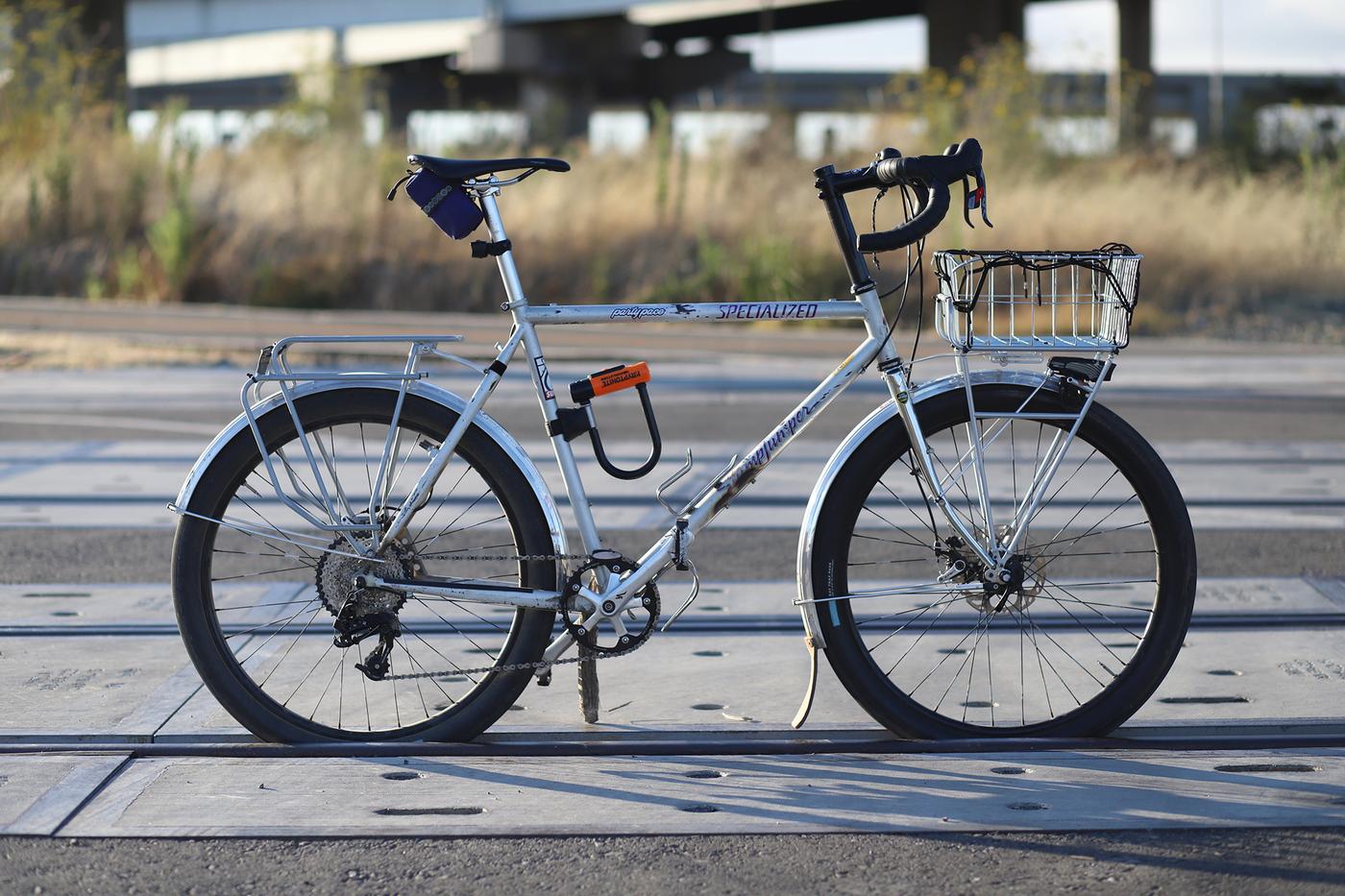 We’re very stoked to kick off 2021 with this very unique build from Matt for our first Readers’ Rides of the year. Read on below for Matt’s words and a full build list!

This is my do-everything bike. It’s gone through a few iterations, but I think this current one is the best yet. The goal with the build was simple: to make the ultimate, no-compromise commuter bike that I can still lock up and not fret (too much) about. I scored the frame on eBay for $70. I initially tried a suspension-corrected steel fork but found that it rode too upright. So I swapped it out for Soma’s awesome low-trail fork, which made the top tube level and still clears those Compass Rat Trap Pass tires. Oakland framebuilder Erik Billings added the disc brake tab in the back, as well as a couple of extra bottle cage mounts under the downtube. The rad Pass and Stow front rack is by Matt Feeney, another local framebuilder and maker of no-nonsense steel components. The rack is a perfect match for this frame, with its oversized tubes and long-wheelbase just begging to be loaded up. As you can see from the build spec, I put the money where it counts with the rack, tires, and SRAM 1X10 shifters. Much of the rest of the build was sourced from the parts bin or purchased used. I wanted a super functional bike that could carry everything I’d need, but also not break the bank or give me heartburn when I lock it up. Hence the lack of a generator hub, the sanded rust spots on the frame, and a plethora of stickers from some of my favorite bike brands. And how ’bout those original 90’s purple decals! 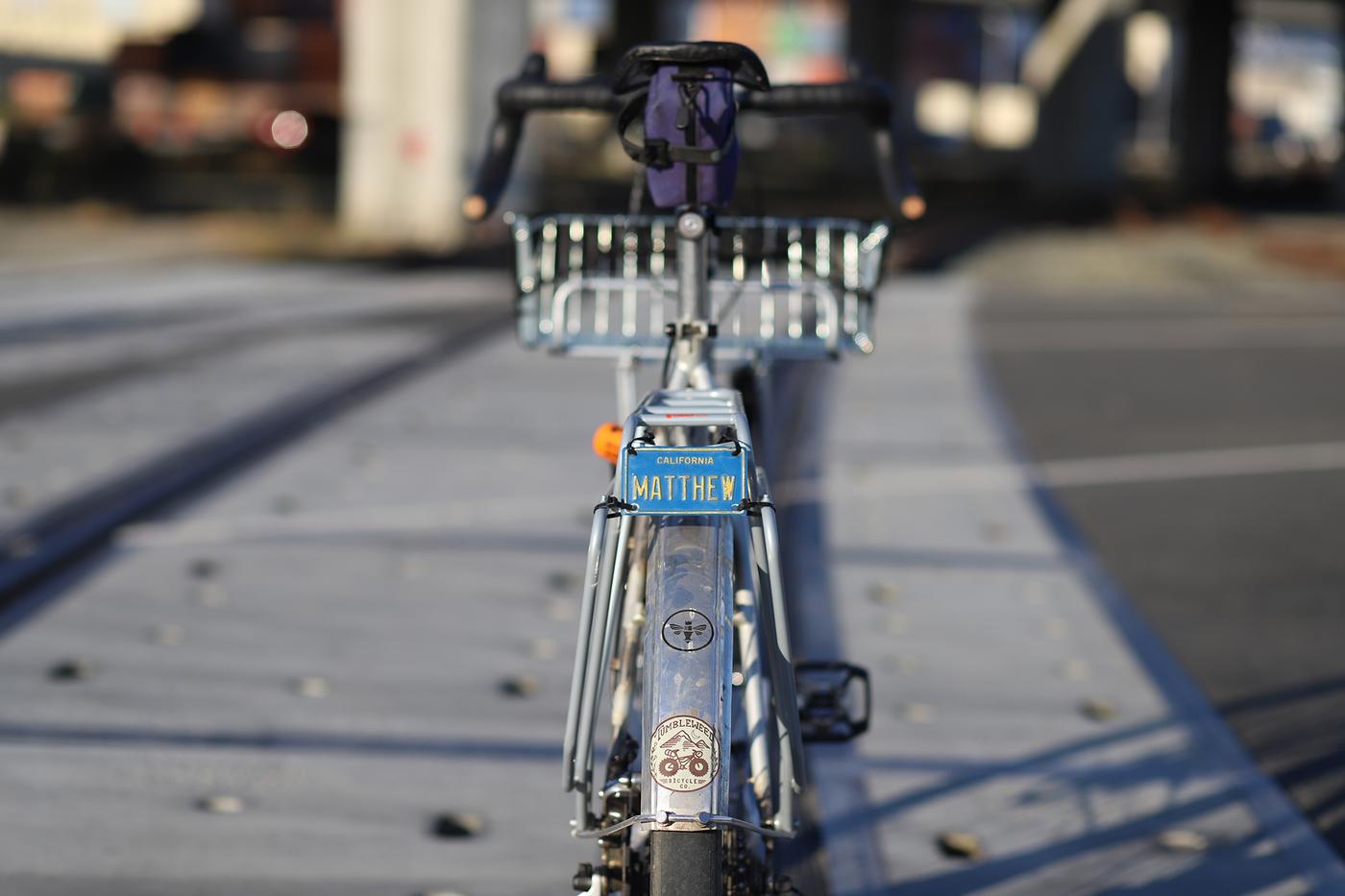 I constantly get compliments whenever I’m out with this bike, often from folks who say they wish they still had their old Stumpjumper. It’s still a ripper, too! If I could only have one bike, this would be it. Photos here. And, for anyone wondering why the hell I have SO MANY spacers under the stem — this is a commuter bike! It’s also of course designed for flat handlebars and a 90’s riser stem, both of which I’ve tossed out for this build. To me, a daily rider should be about comfort before speed. Long live 26″!